River, Housing, Transportation and Business Are Focus of Vision For Downtown 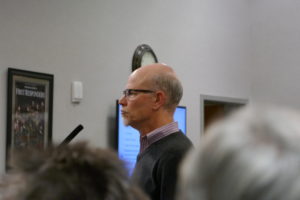 Hundreds have weighed in on a vision for downtown, and they want to see improved housing, transportation and business opportunities.

Consulting group Progressive Urban Management Associates (PUMA) conducted surveys, community outreach and interviews with Reno citizens to generate its report to the city, which was presented tonight at City Hall to the Reno City Council.

Brad Segal of PUMA said that his group’s work shows that people want to focus on jobs, development and investment into the economy. Compassionate ways to address homeless and transient populations were another point of emphasis.

“Housing demand is growing,” Segal said. “We think a whole variety of housing types…can be developed downtown. There’s a strong demand for rental product in particular.”

Tourism has diversified, he added, noting that while gaming was flat during the recession it could be on the upswing. He also said that integrating the University of Nevada, Reno (UNR) into downtown development is a key to Reno’s future.

Respondents said that the top three downtown improvements in the past five years included Truckee River enhancements, new businesses and jobs, and new restaurants and businesses.

Challenges were also cited. Transportation and parking are concerns. Mike Thornton of the non-profit ACTIONN, who spoke during public comment, praised the city for looking at downtown while encouraging more action toward affordable housing.

Thornton’s statements were consistent with PUMA’s assessment. Respondents indicated that they want to see reduced blight and homelessness as well as an increase in social services, while also making downtown more pedestrian and bike friendly. 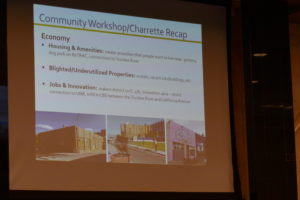 Transit recommendations could mean enhanced bus services to UNR, a bike connector from Midtown through McCarran on Evans Street and increased connections to the Truckee River.

Segal said that next steps include 30 or 40 new ideas that can be implemented.

“How do we improve downtown in a variety of small steps?” Segal asked. “We want to have a strong public-private partnership moving forward.”

He cited a diversity of housing opportunities that can be made available and implemented with the right incentives and amenities. He also encouraged new partnerships with UNR, new business developments downtown and upgrading blighted and historic properties.

PUMA’s work is about 80 percent completed, and Segal said that they still welcome more input from the community. More implementation details will be presented in February, he added.