Fiscal Impact of Land Use Scenarios Discussed at Joint Meeting

A joint meeting of the Reno City Council and Planning Commission was held Dec. 13 to discuss analysis of the fiscal impact of various land use scenarios to support key policy choices for the updated Master Plan and Future Land Use Plan. The evaluation process has been in the works since early 2014.

Recommendations for each of five major topic areas were presented by Darcie White of Clarion Associates, LLC, a land-use consulting firm. Clarion was hired to analyze the fiscal impact of zoning and land use choices. 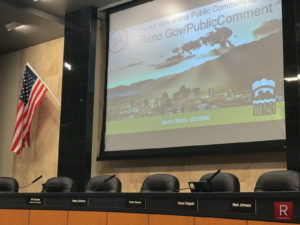 The five topic areas discussed were:

The topic of employment focused on zoning in the North Valleys, including proposed zoning changes to potentially entice industrial businesses to the area. The added impact of traffic to an already overtaxed transportation infrastructure in the North Valleys was discussed, along with the carbon footprint of the added traffic.

The quality of jobs the added industrial business would provide, such as warehousing, was also part of the conversation. Attracting a significant number of high-paying jobs to the area to further support the anticipated growth of Reno and its outlying communities was one of the long-term goals set.

How to mix multi-family with single family housing was the cornerstone of the housing discussion and overlapped with the topic of neighborhoods. Participants also considered what mixed-use communities should look like.

The topic of infill and redevelopment keyed in on the areas inside the McCarran loop. The redevelopment plan for the former Park Lane Mall site was brought up as an example of what the future of infill/redevelopment may look like.

The topic of neighborhoods reviewed the concept of town centers. The consultants may be looking at what town centers could look like within the community. The concept of green bike lanes came up a few times during the discussions as well. 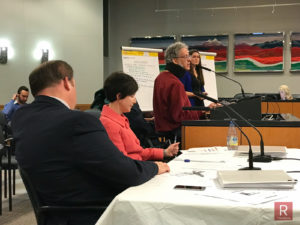 Public comments from the nearly two dozen people in the audience were encouraging and exuded a very positive energy for all five of the topics. Commenters included David Pritchett, Ken Crater, Alicia Tullock, and Craig Smyres.

The council and commission passed all of the recommendations from the consulting firm unanimously. The discovery and planning will be moving forward to the next phase.

Overall, this was a very forward thinking planning meeting with great ideas and lots of positive energy to move forward. It was made very clear that this is a long-term project designed to help create the city that we want to live in for the short term and for the years to come.

There will surely be opportunity for public input in the months to come on the Reno Master Plan and I encourage everyone to get involved and let your voice be heard. The City of Reno has a newsletter that lets the Reno community know when there are council meetings and other special meetings as well as forums for community interactions. Check out the City of Reno’s website for more information: http://www.reno.gov/ 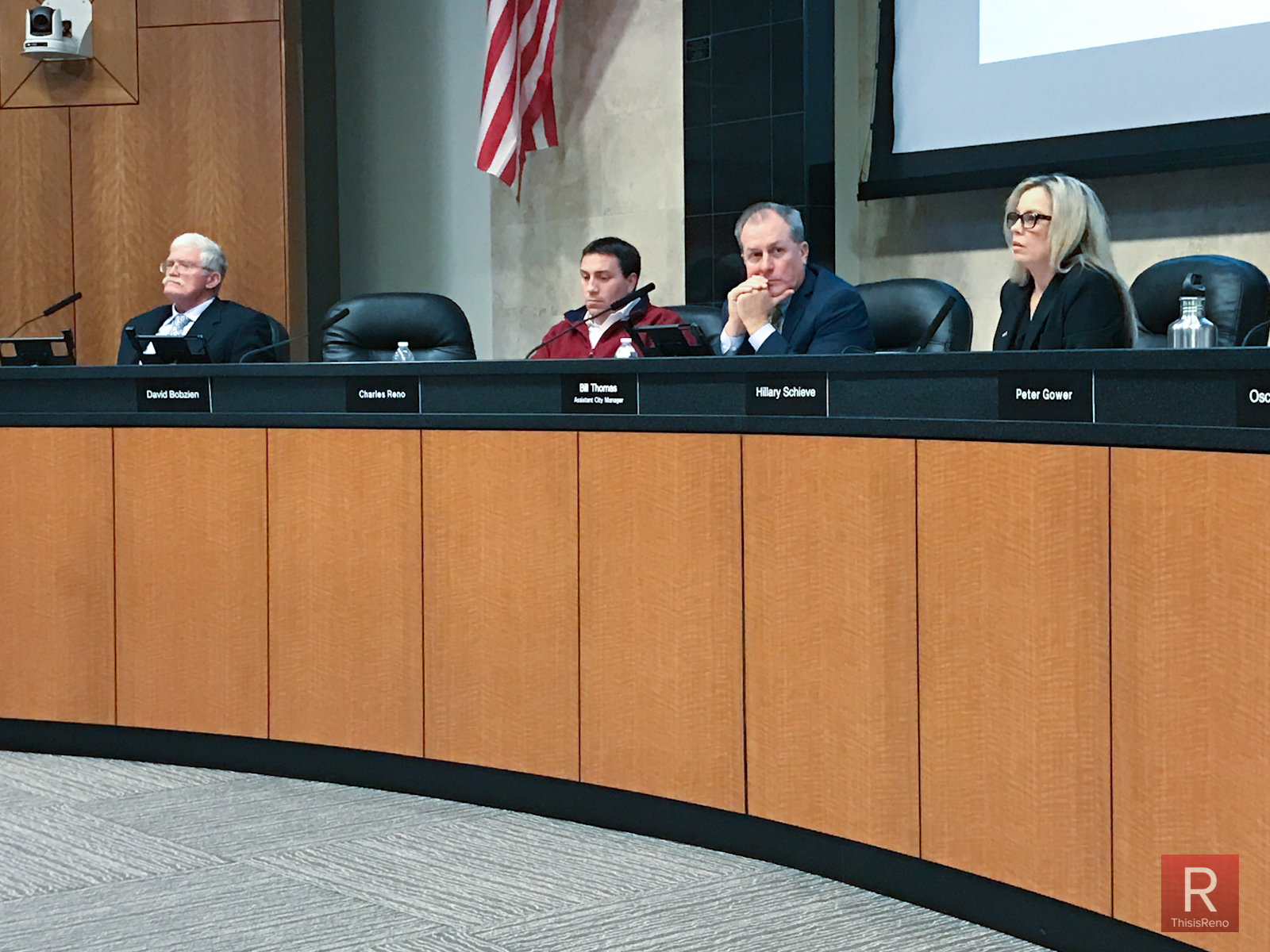 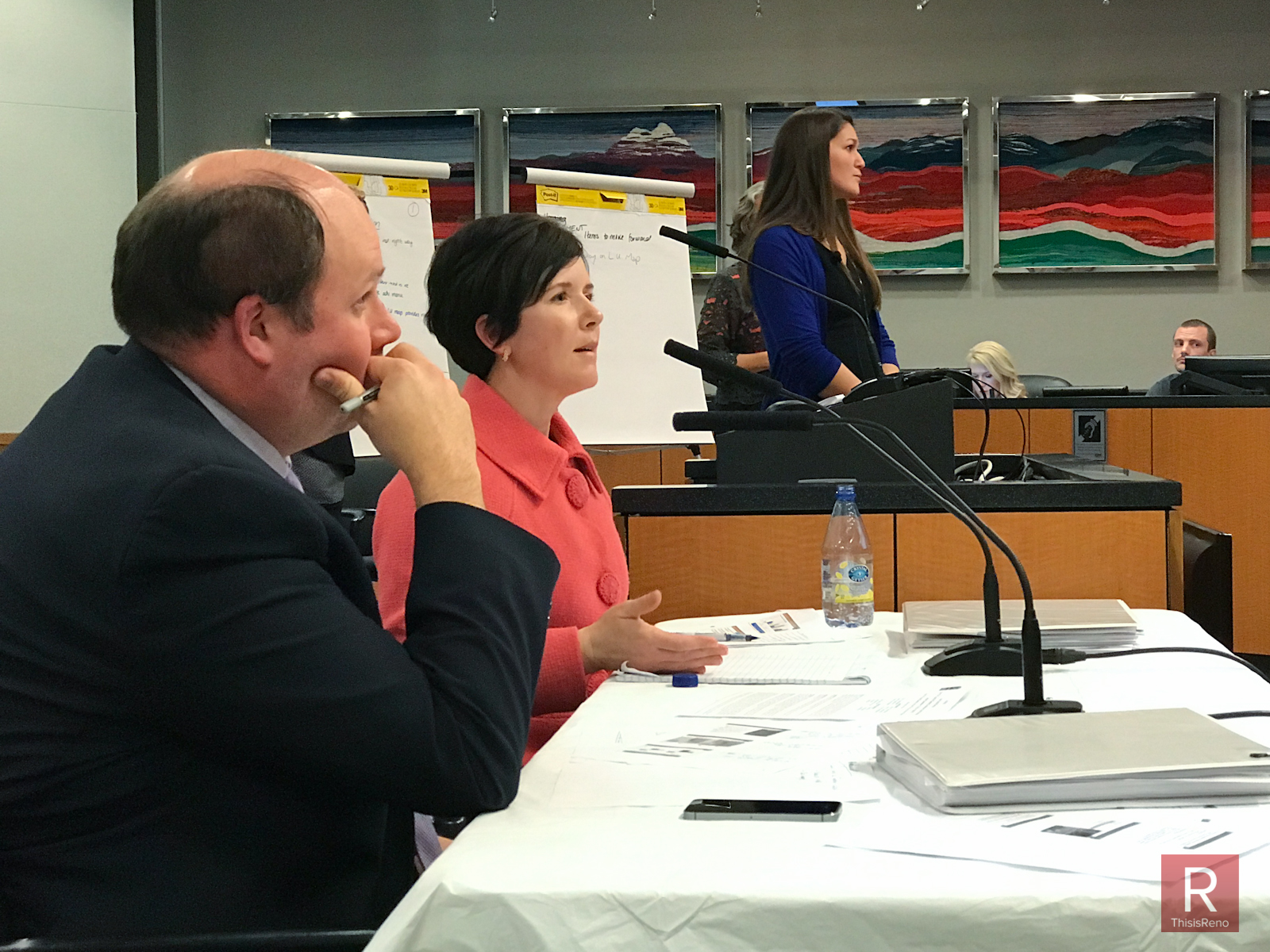 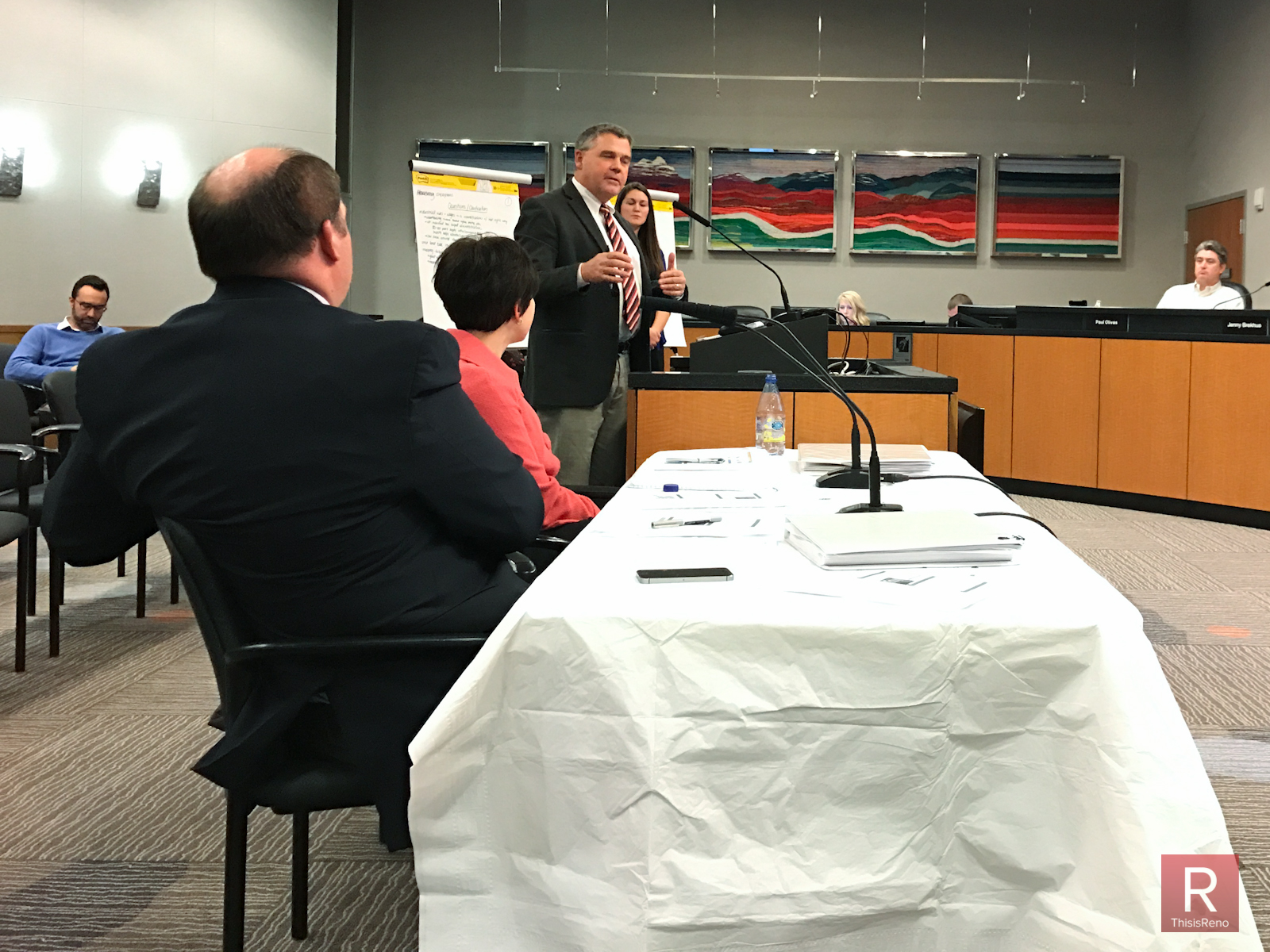 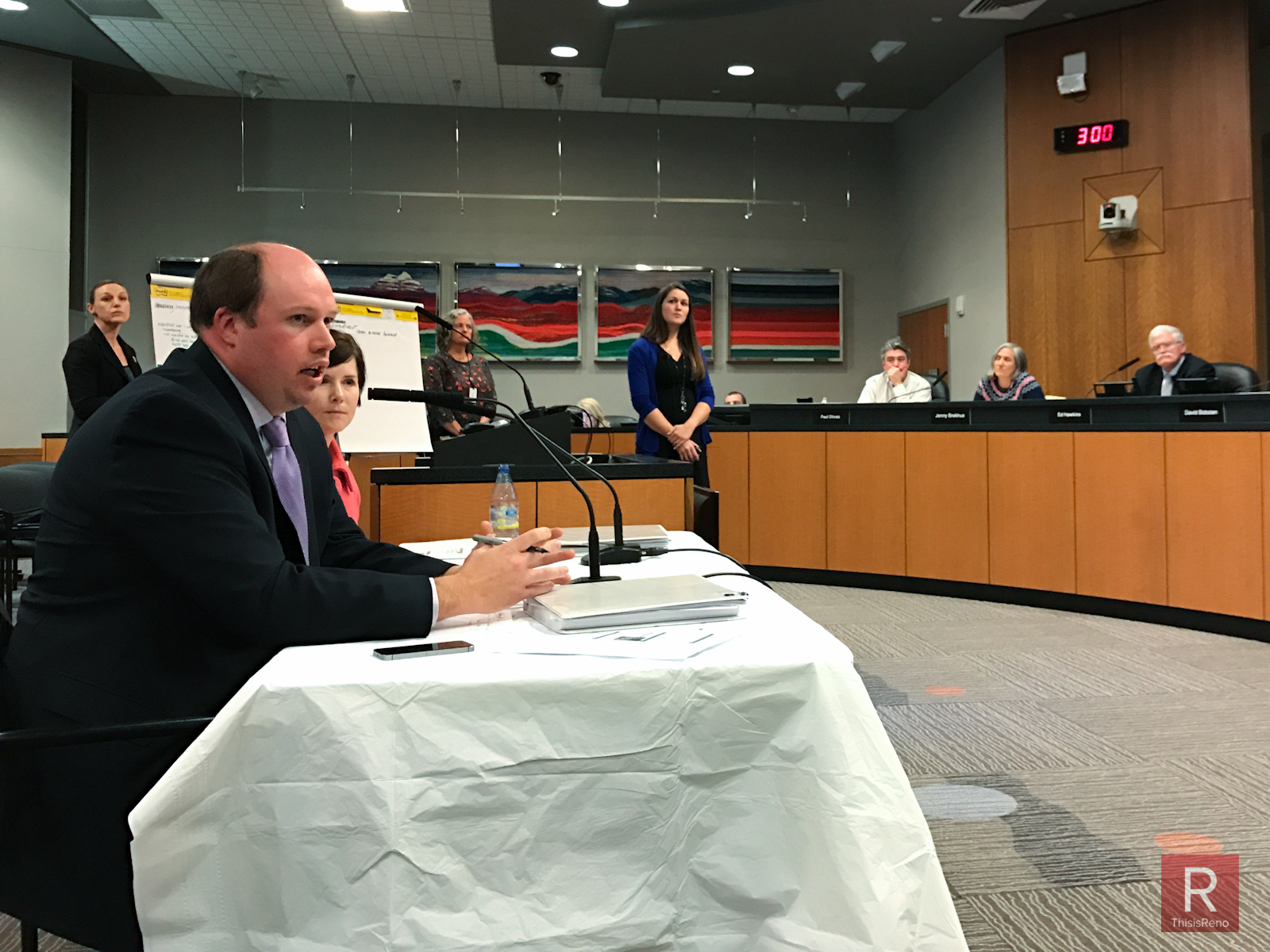 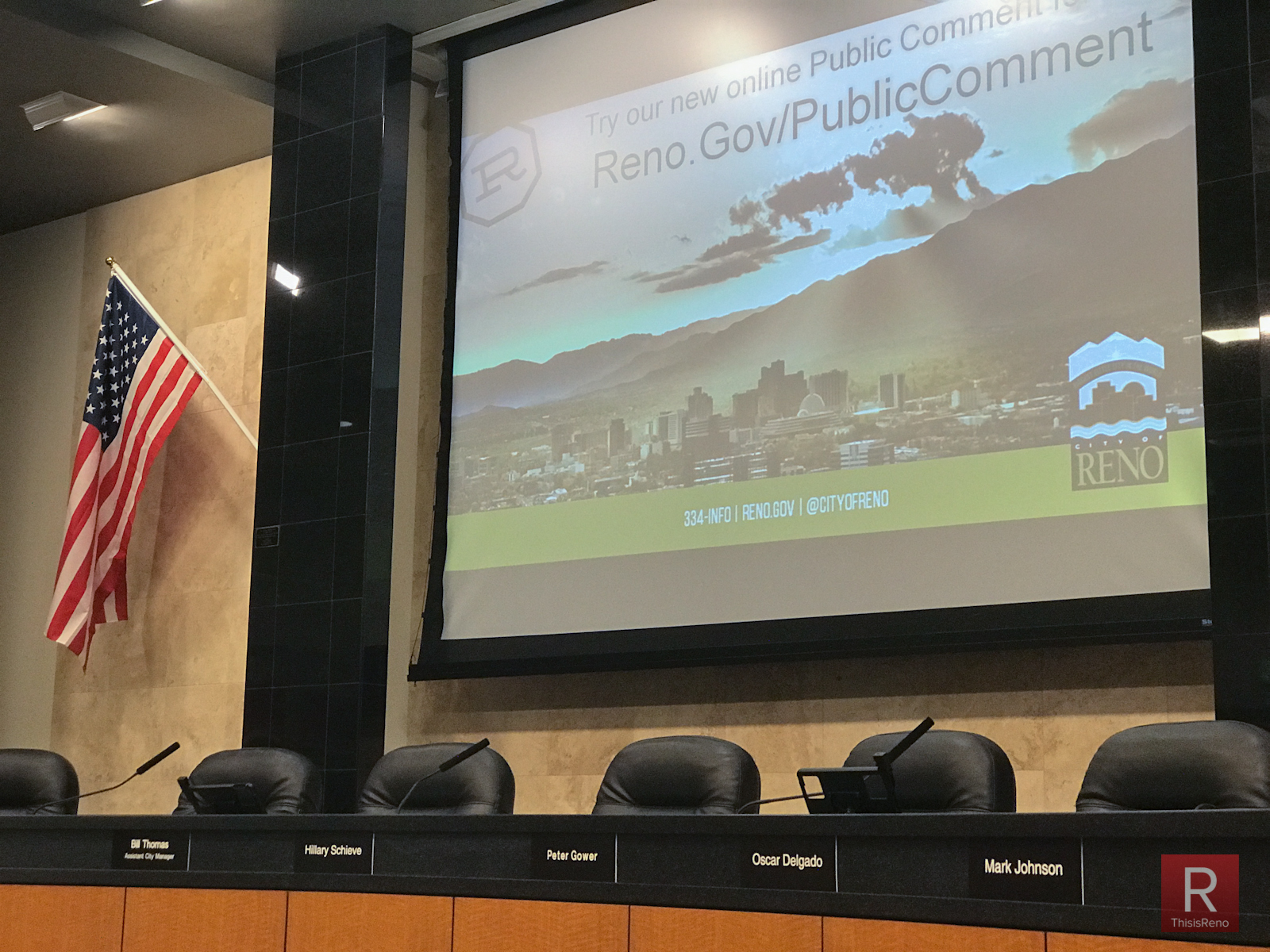 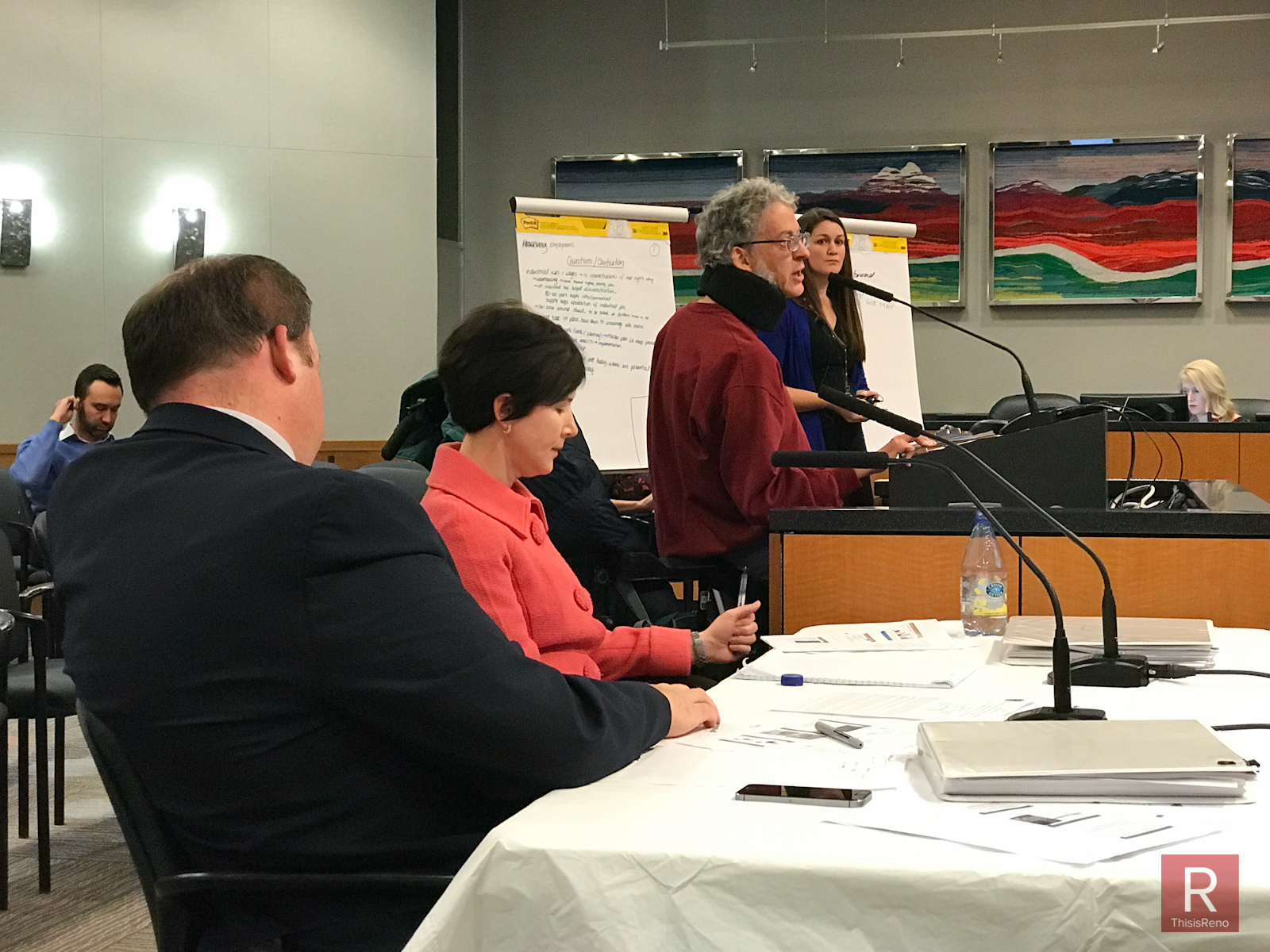