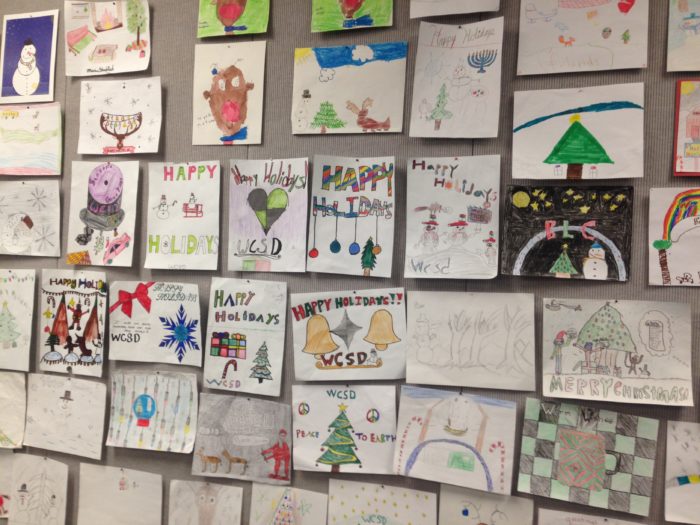 “I was surprised,” said K.C. De La Rosa, a fifth grader at Desert Heights Elementary. “I didn’t think I was going to win because there were a lot of entries.” 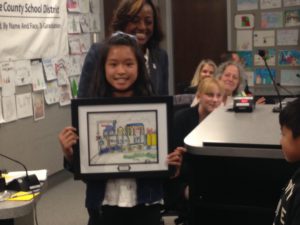 De La Rosa said her favorite classes are art and math. She showed up at Tuesday’s board of trustees meeting with her family, teacher, and principal to be recognized.

The district received 374 entries that included hand-drawn, painted, computer-generated, collage, and photography cards. Each entry was hung either in the boardroom or lobby. District communications staff shortlisted their 10 favorites and trustees picked a winner.

Students of all ages could take part. Teachers promoted the contest and a call for entries was also on the school district’s website and through social media.

Cards with De La Rosa’s design will be mailed, e-mailed and posted on the school district’s web site. 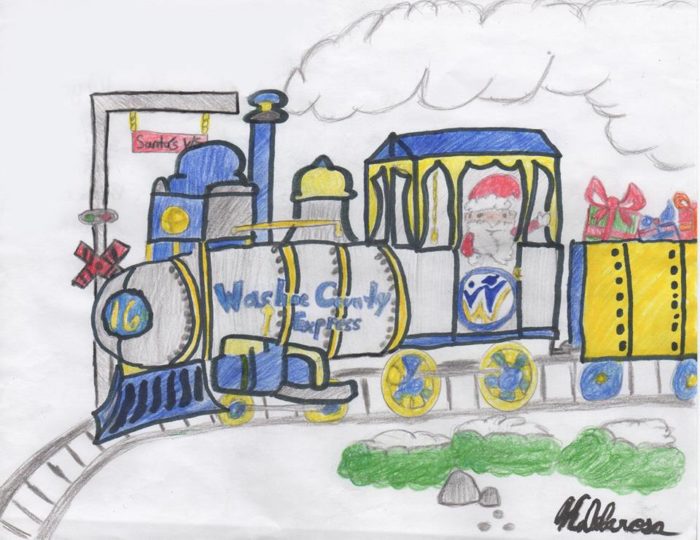