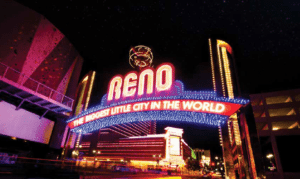 Progressive Urban Management Associates (PUMA) will return to Reno next week to present the draft findings for the City of Reno’s Downtown Action Plan during two public meetings.

Council will take Public Comment. While no formal action will be taken at the meeting, Council will hear a presentation that will include updates on the summaries for community engagement and market assessment and recommendations for the planning framework, action plan, and implementation.

Council meetings can be streamed at Reno.gov/Meetings or viewed on Charter Channel 194.

Citizens can hear the same presentation in person the following day:

Brad Segal, President of PUMA, will lead the presentations at both public meetings.

PUMA and the City also hosted three design and planning charrettes in September to get input from the public and stakeholders.

Additionally, nearly 1,000 people participated in a public survey, which was an integral part of the City’s Downtown Action Plan process. The majority of respondents categorized themselves as living within the greater Reno area, followed by being a downtown visitor or working in downtown Reno.

Respondents identified the following three factors as most important in improving downtown over the past five years: Truckee River improvements, new businesses and jobs, and new restaurants and retail.

The five most common words respondents used to describe their vision for downtown were: safe, clean, vibrant, walkable, and fun.

Among the actions respondents felt were important in achieving their vision for downtown are: redevelop blighted/vacant properties; improve the safety of downtown; restore historic buildings/facades; make downtown more walkable and bikeable; and reduce homelessness. View the Downtown Reno Survey Summary.

The Downtown Action Plan was authorized by Reno City Council on April 13, 2016 and supports the City of Reno’s Thriving Downtown and University District strategic priority. The City entered into a consultant agreement with PUMA in an amount not to exceed $99,800. View the Staff Report for more information on the goals and timeline of the Downtown Action Plan. The plan will identify priorities and actions to guide improvements in downtown Reno over the next several years.