An oversight panel that must authorize Washoe County School District capital projects is scheduled to hold its first public meeting Thursday since voters passed a sales tax hike that would fund new schools and repair aging ones.

The Capital Funding Protection Committee meets at 4 p.m. in the school district administration boardroom, 425 E. Ninth St. The meeting was initially scheduled offsite but moved to the administration building when the boardroom became available.

Committee members are as follows: 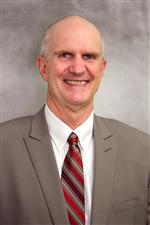 The committee will be asked to approve design funds for middle schools on the north side of Sun Valley on Bureau of Land Management property and in Spanish Springs in the Kiley Ranch area on property owned by developers. The first new elementary school would be in the Double Diamond area near the Corona Cyan development on property donated by a developer, said Pete Etchart, school district chief operating officer.

“Our No. 1 priority is acquiring land to build schools,” Etchart said. “We’ll walk the committee through the land acquisition process and show them where we are.”

An addition onto Damonte Ranch High School is expected to be bid in February and break ground in March, with a completion goal of December 2017. The target completion date for the new elementary school would be December 2018, and August 2019 for the new middle schools. The district’s Nutrition Services Department is also expanding so it can meet the needs of providing meals to students, district staff said.

New high schools are a few years off because the district is in the process of drafting educational specifications for that level. High schools also need 60 to 80 acres, making land more tricky to come by. Education specifications have already been done for elementary and middle schools.

“We start with educational specs when designing a school,” said Joe Gabica, chief facilities management officer. “It defines spaces in the building, how big they are, relationships to one another….It’s derived by what comes out of the educational model. Once an architect has that, it gives them a base on how to design a building.”

Gabica said building earlier means costs will be lower, but getting adequate labor might be challenging.

“It concerns us,” Gabica said. “We’ve had several meetings with ACG (Associated General Contractors) and contractors about where we think we’re going. It’s a lot for the contracting community. Tesla and Switch are taking a lot of the labor pool, too.”

On the other hand, Gabica recalled labor shortages being a concern when the district opened five schools in one year in the late 1980s. Also, he said news about the district’s continual funding stream could be a positive.

“The construction community came through then,” Gabica said. “It would be our hope that word will get out there are jobs in Reno.”

Voters on Nov. 8 approved Washoe County’s question 1, a 0.54-cent sales tax increase that is expected to raise $781 million during the next nine years to build 15 new schools. Consumers should see the sales tax increase from 7.725 percent to 8.265 percent in or around April 2017, with the school district receiving its first proceeds about three months later.