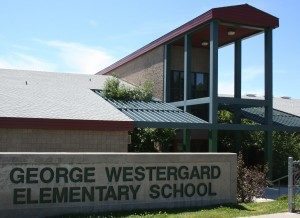 Westergard Elementary School on Tuesday got a one-year reprieve from going to the multi-track year-round calendar next school year despite concerns from district staff, but trustees plan to revisit the crowding situation there next year.

A school district policy—which trustees voted to revisit—states that elementary schools will automatically convert to a multi-track year-round schedule if enrollment reaches 120 percent. This increases a school’s capacity by 25 percent and costs an additional $300,000 the first year and about $250,000 each subsequent year.

Westergard wasn’t forecast to reach 120 percent until 2020. During spring, the school was told in August it could do an overcrowding management plan, which is generally done by schools near capacity to 119 percent. However, enrollment figures came in at 121 percent above capacity.

Westergard made several requests in its management plan, including team teaching, an additional portable and getting families to volunteer to attend nearby Melton Elementary.

Paul LaMarca, school chief performance officer, said Westergard’s plan isn’t viable or sustainable. For example, the district expects Melton’s enrollment to increase with development planned for northwest Reno and Verdi, which could mean Westergard students temporarily moving to Melton would have to move back. Also, he said 180 students zoned for Westergard are currently on variances to attend schools elsewhere and many could return to Westergard and boost its enrollment even higher.

“We can’t ask a group of parents to volunteer to move to another school and defend that decision,” LaMarca said. “It’s not something we can mandate as a district. The volunteer idea is a great idea but there are too many unanswered questions.” 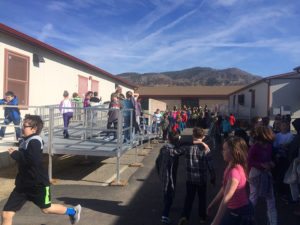 Additionally, he said space for an additional portable isn’t feasible. District staff has said previously that too much portable use creates zoning ordinance problems and compromises space on school property.

However, trustees sided with Westergard families, many who’ve shown up at meetings and have been persistent about avoiding a year-round calendar.

Rachel Huff, who has two children at Westergard, said portables should be counted when determining school capacity.

Others said a year-round calendar would be difficult for families who have children in more than one school, ruin summer vacations and cause teachers to transfer.

“They’re asking for one more year,” trustee John Mayer said. “Let’s give them one more year and see what happens. I feel for these families because child care has got to be a problem.”

Multi-track year-round classes increase a school’s capacity by 25 percent as it operates with staggered break times for four tracks of students.

With last week’s passage of WC-1, which will build new 15 schools and refurbish older schools, the first priority is an addition to Damonte Ranch High School. The first new elementary school slated is for the Damonte Ranch area in fall 2019.

To view the blue, green, purple and yellow track schedules for the 2017-18 school year, visit http://www.washoeschools.net/mtyr.