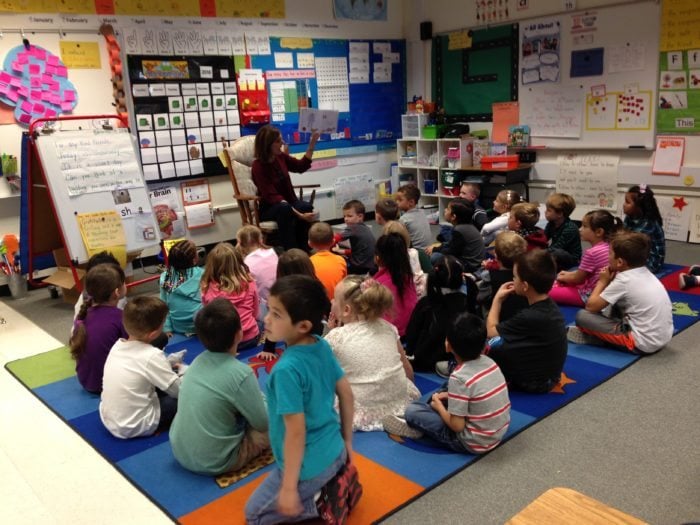 Washoe County School District Superintendent Traci Davis thanked the community on Wednesday for backing a ballot measure that would fund construction of new schools and improvements to aging ones.

Funds would also expand existing schools and refurbish aging schools. Washoe County currently has 93 schools and enrollment is expected to increase 1.7 percent annually through 2025. The average age of schools is currently 40 years old.

“For a long time, our district has been ‘academically rich and infrastructure poor,’” Davis said. “Thanks to this decision by Washoe County voters, our community’s commitment to academic progress will now be supported by funding to build and maintain our schools. On behalf of all of our students, I am grateful.”

Davis said the school district couldn’t legally take a stance on WC-1, but did answer questions from the public, many who toured schools. SOS Washoe, a volunteer group, ran the campaign.

“We did a good job talking about the need and we did a good job sharing what could happen in the next four or five years (if WC-1 failed),” Davis said. “Everything we were asked about, we were willing to answer and research.”

For instance, Davis said the district was asked about converting old stores and vacant buildings into schools, but an analysis showed it would cost more to do that than construct new schools.

The average cost to build an elementary school is $23 million and takes up to two years. Middle schools cost about $55 million each and take two to three years to build, and high schools take about four years and are about $110 million apiece.

Once a school’s enrollment is 20 percent over capacity, it triggers year-round schooling. An elementary school continues to operate with staggered break times for four tracks of students. Brown, Double Diamond, Alice Smith, Spanish Springs and Westergard elementary schools are projected to go to the multi-track year-round system in fall 2017.

Davis said these schools will go year-round in the meantime, but can expect to return to a regular calendar in a few years.

“They know it’s better for our children if we go year-round than to stuff 35 kids in a classroom or in a makeshift classroom,” Verdi said.

Davis said the first step will be to add onto Damonte Ranch High School, which opened in 2003 with an intent for future expansion.

The school district’s Capital Funding Protection Committee will oversee spending for construction and repairs. The committee consists of representatives from Washoe County and the cities of Reno and Sparks. Other members are as follows:

The committee is scheduled to meet at 4 p.m. Dec. 15 at Associated General Contractors, 5400 Mill St.