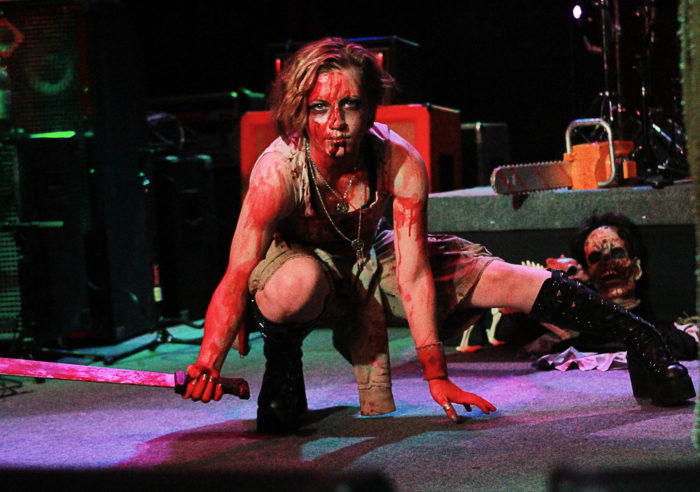 Being a huge fan of the local Reno music scene, I’ve been to more local shows than I can count over the last several years. The Biggest Little City really has a lot to offer music fans of every genre. Many bands have come and gone, some have joined together to become a whole new band that turns out to be better than the two bands they came from. It’s really amazing how many great musicians this city has to offer.

Recently, I started to hear a lot of buzz about this metal/punk/blues/rock band that puts on a very good live show that features severed heads, animal skeletons, blood, horror and creepy (and I do mean creepy) in their set.

The band’s name is Murderock.

According to the band’s bio, Murderock is a family of freaks, four brothers, their little sister and their dead Mama, who until recently had lived in a small town named Devil’s Lick, Nev. located way out in the desert somewhere. I tried looking it up, but could not find it on any map or on-line, but it’s out there. To read the entire bio go to (http://murderock.net/bio)

I saw the band play a show at the Rockbar Theater in downtown Reno on October 15th, everything I had heard about the band was true, they killed it. Now I know why they were a 2016 Forte’ Award nominee (metal/thrash/punk rock).

The band is very impressive to say the least. The stage was loaded with props that looked like they came from a horror picture set in Hollywood. Band members came out covered in blood, lead singer Freddie Ferox was wearing what looked like a mask, but was the face of one of his victims.

Band members include, Freddie Ferox (lead vocals), Franky Ferox (guitar), Paulie Ferox (bass), Zachy Ferox (drums) and little sister Sammi Ferox, who really doesn’t play an instrument, but wanders the stage with chain saws, hatchets, knives, shotguns and a host of other morbid things that she taunts the audience with. She is a very creepy little girl with a way she looks at you as she passes by onstage — it really makes the hairs on the back of your neck stand straight up. She would make Alice Cooper run in the other direction. There’s just something about her creepiness that makes this whole show what it is and when you add in the brothers tearing it up musically, you get an awesome and very entertaining show.

Muderock’s song catalog sounds like it came from a Saturday afternoon horror movie marathon. The band has two albums to their credit, all originals, Splatter Generation (Mar. 2016) and 6 Songs for Sick Fux (Oct. 2016). You can sample or purchase any or all of their music at their web-site (http://murderock.net/music).

It’s like Zombo says on his horror movie show, “If you like scary, this is the show to see.” Don’t miss the next time Muderock hits the stage at a venue near–you won’t be disappointed. 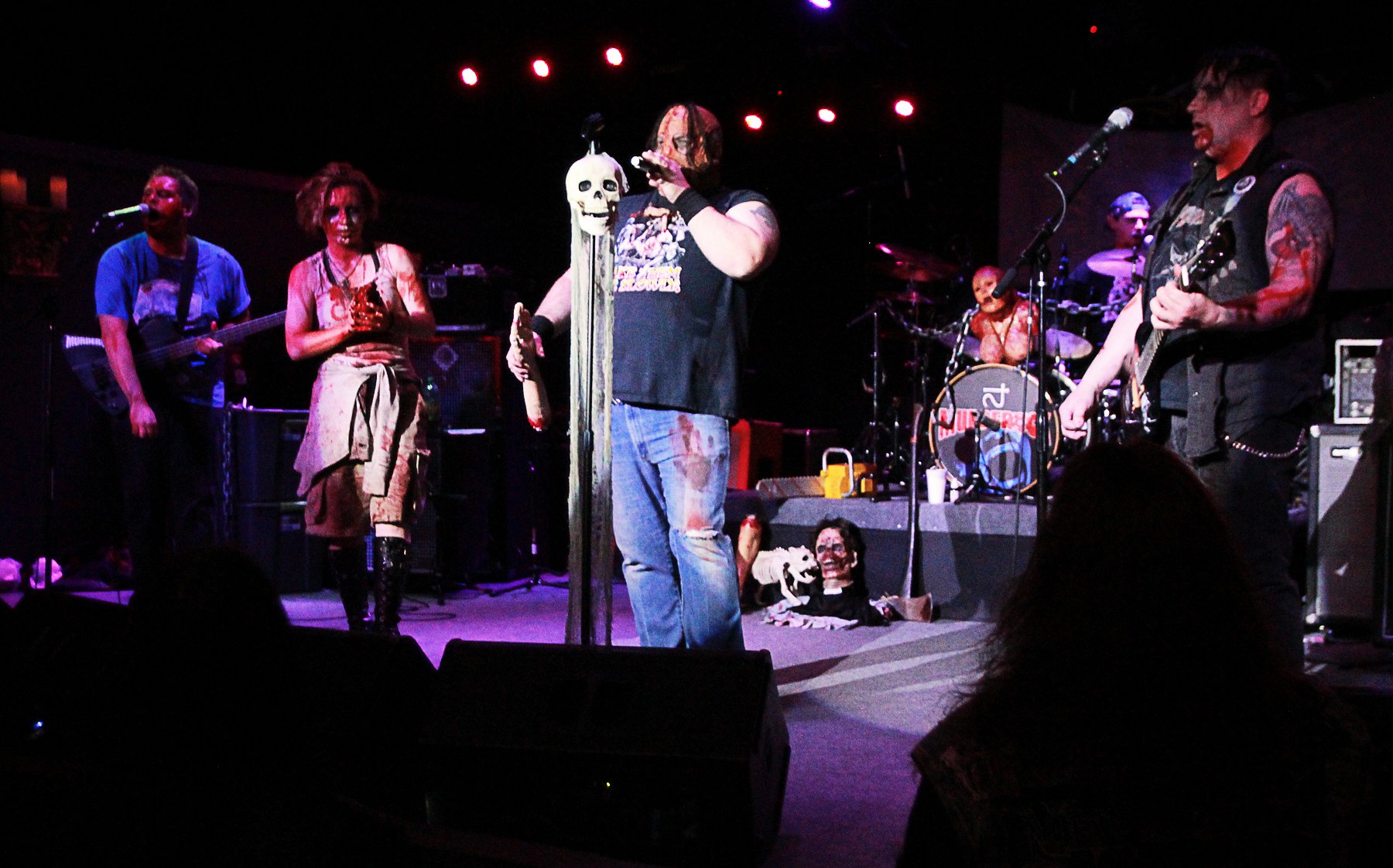 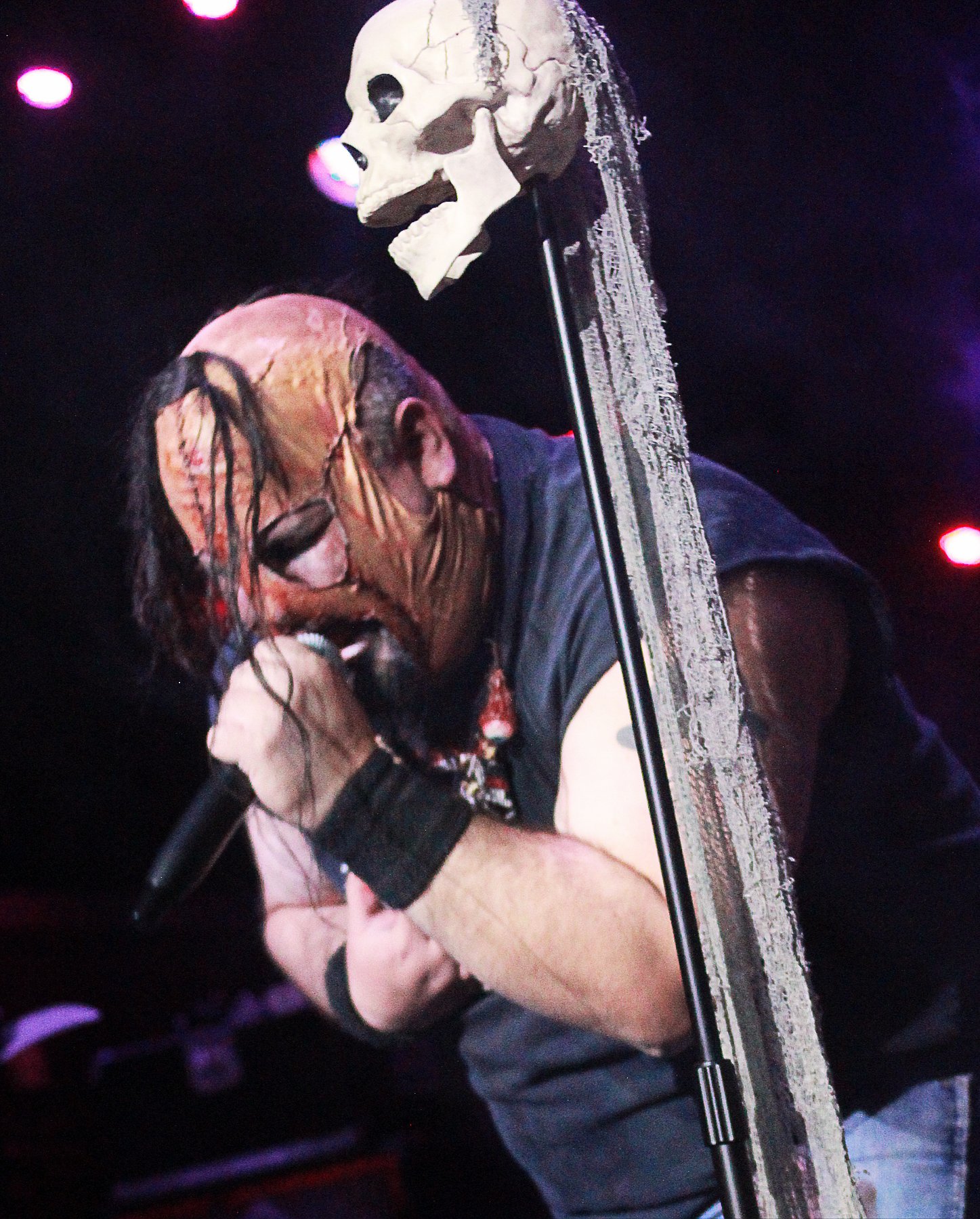 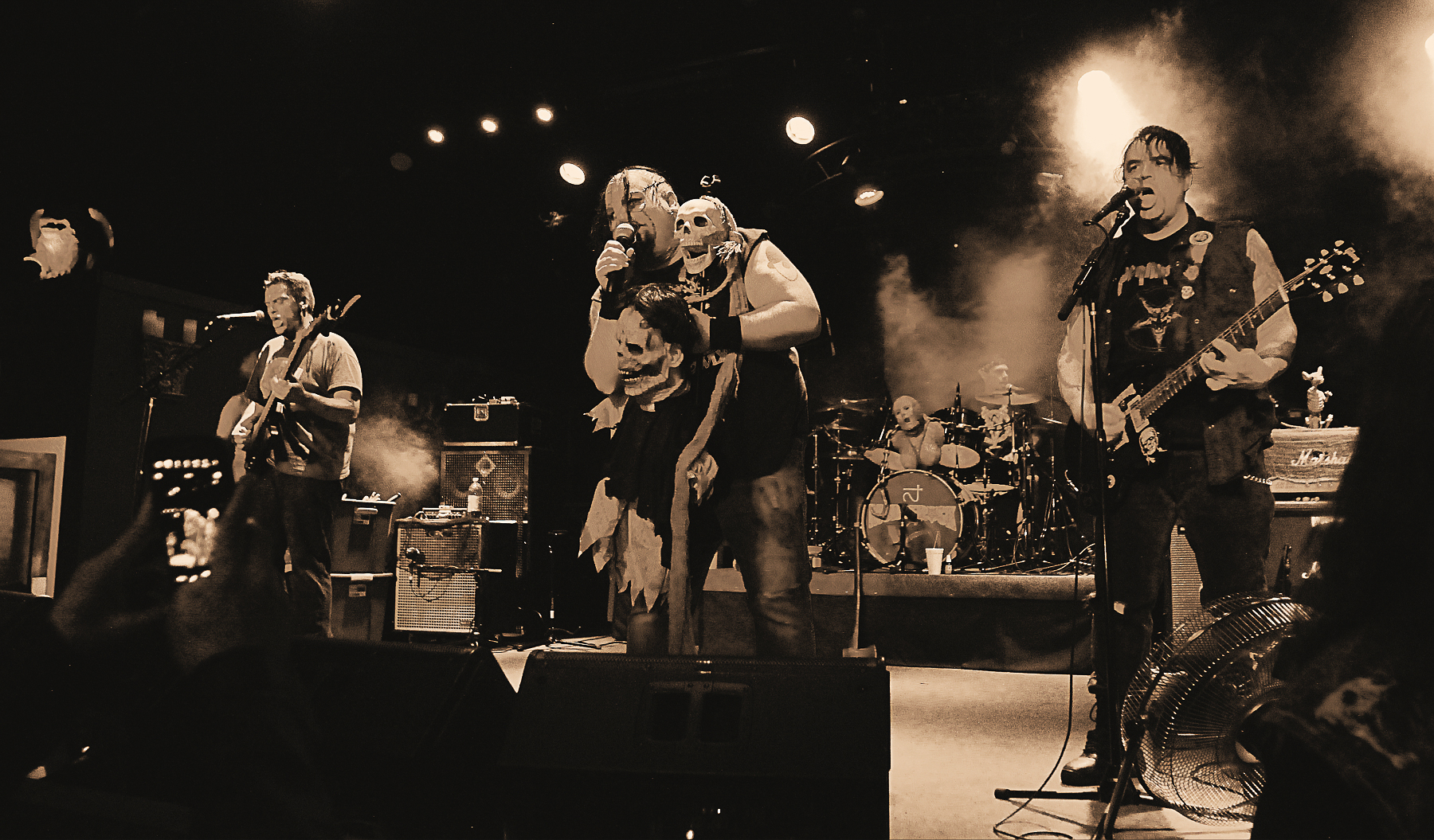 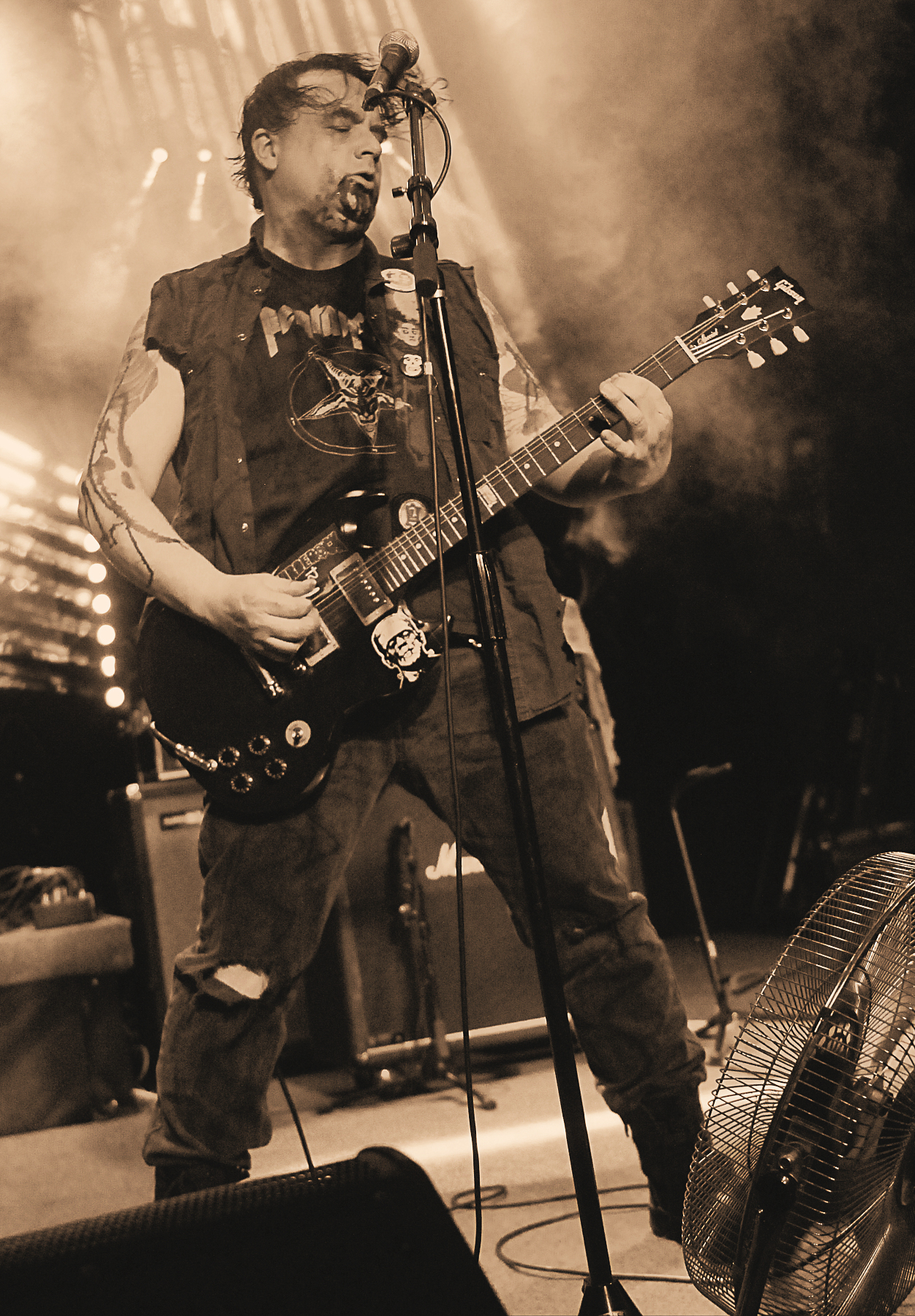 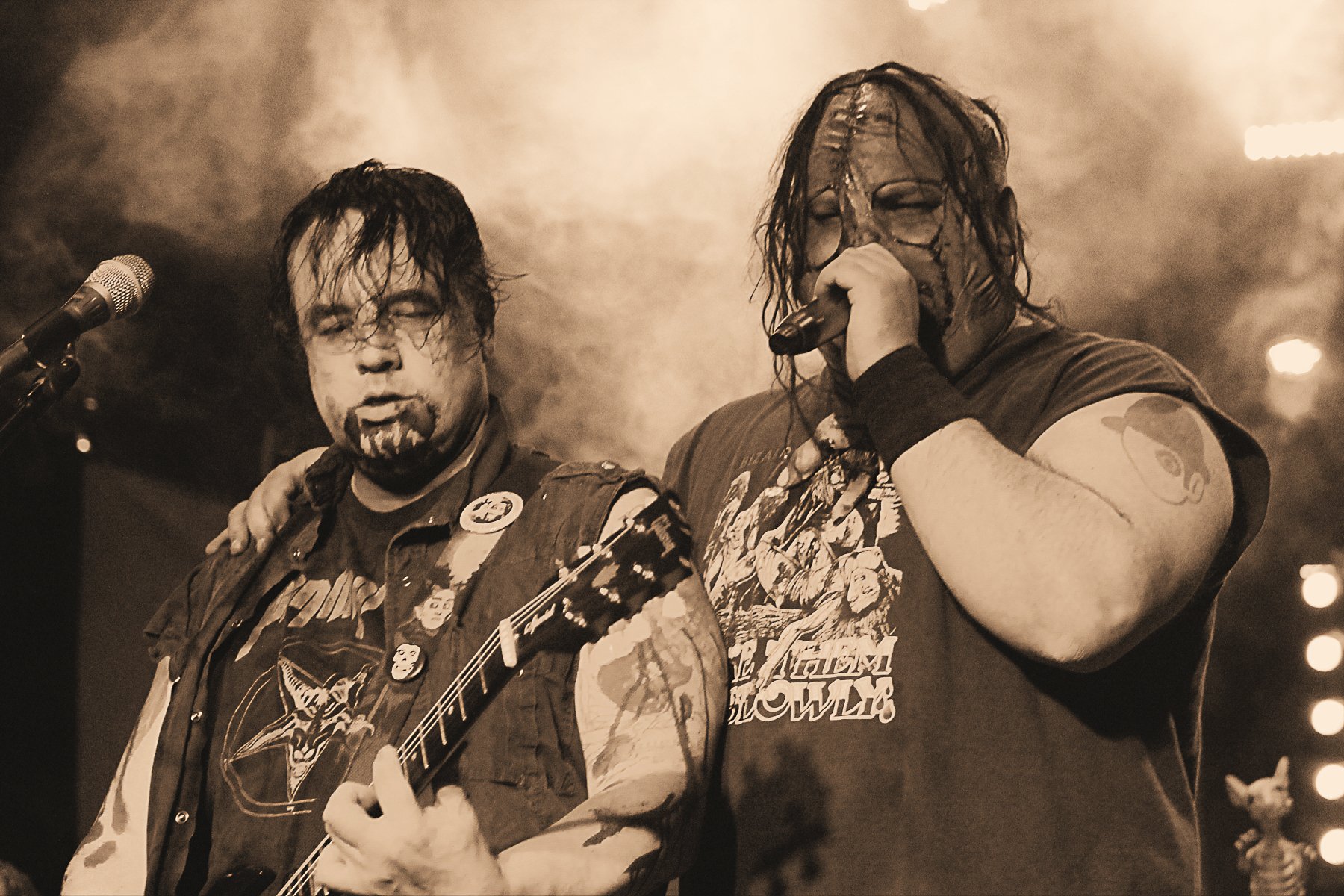 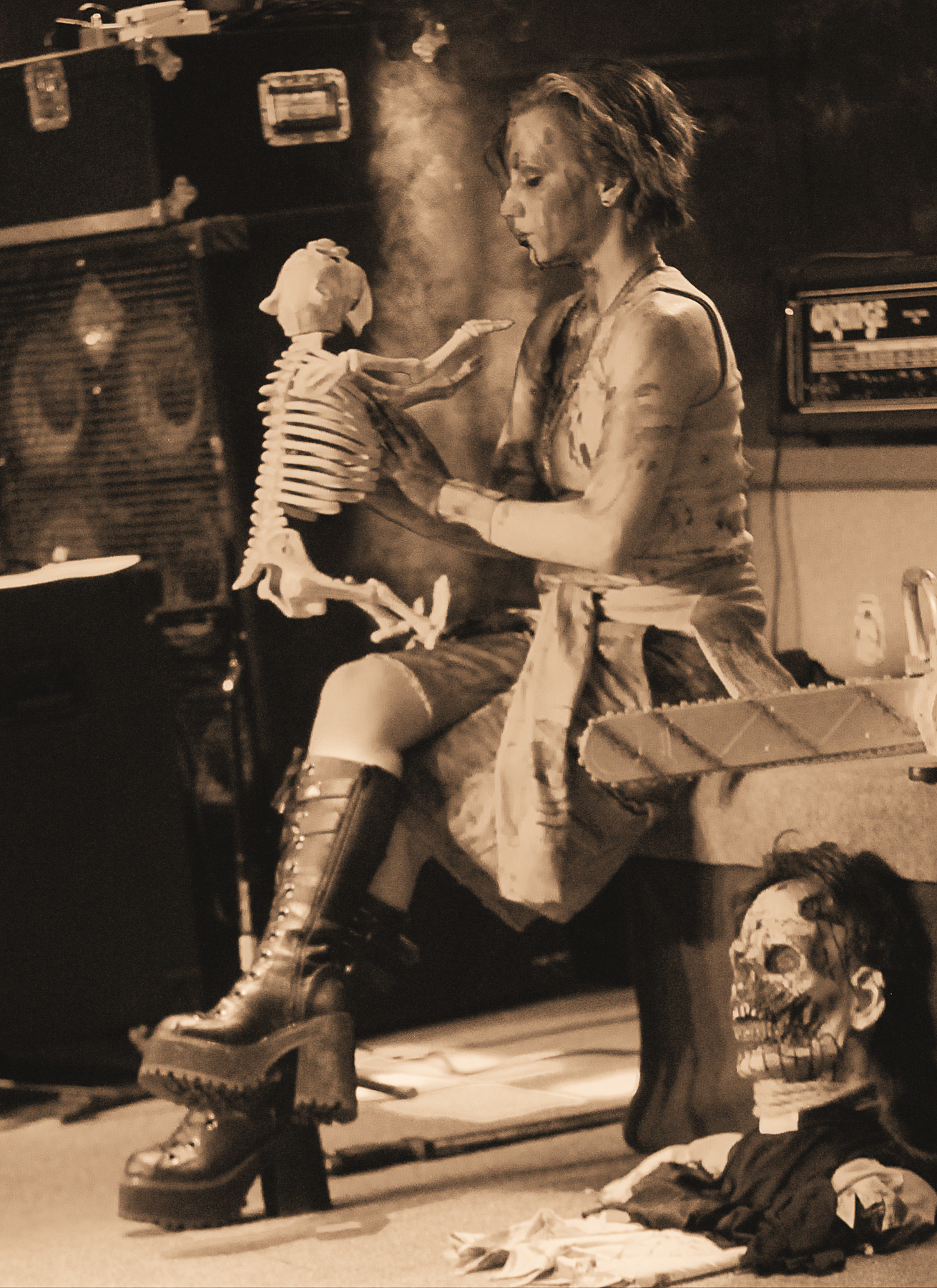 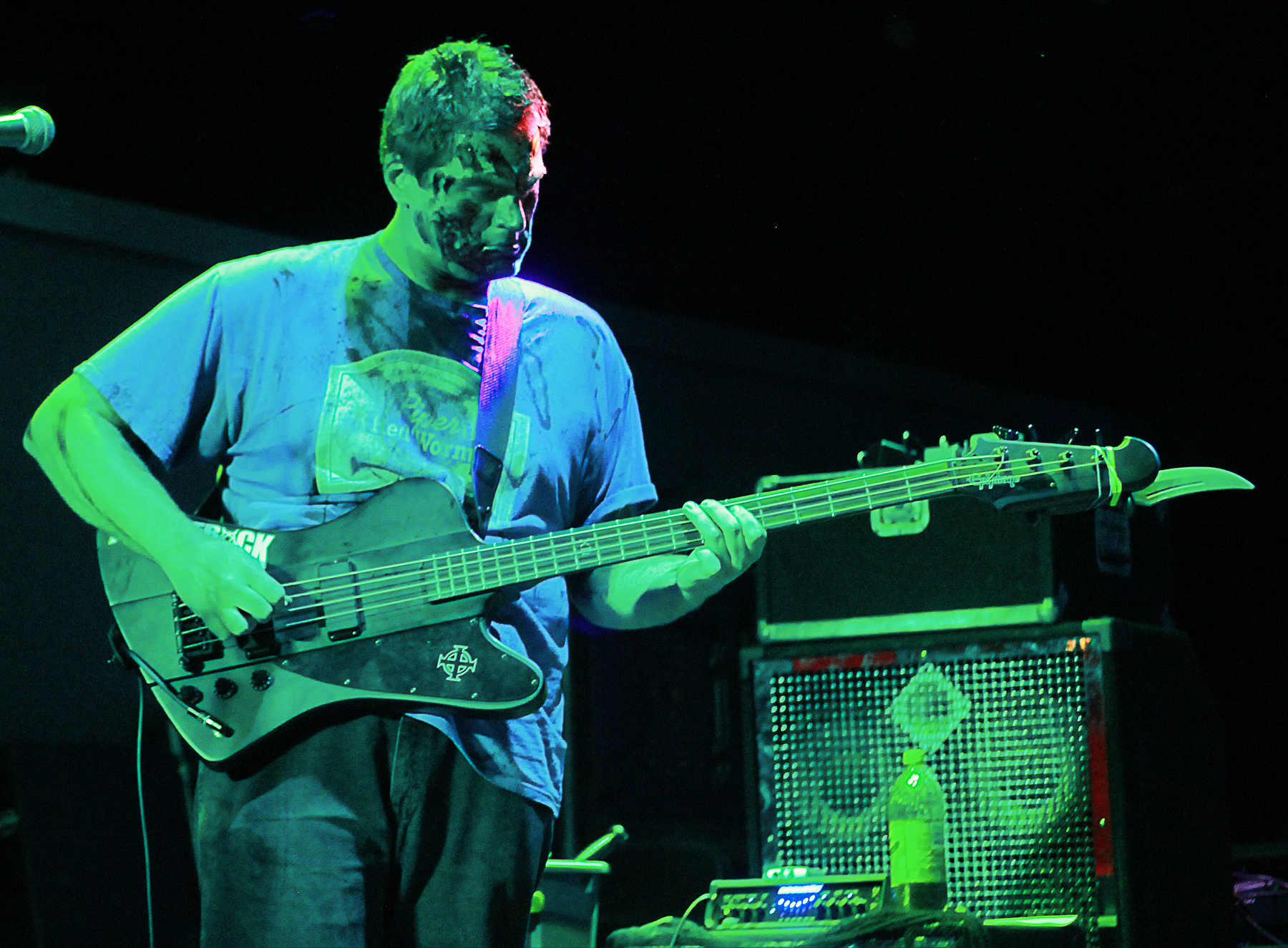 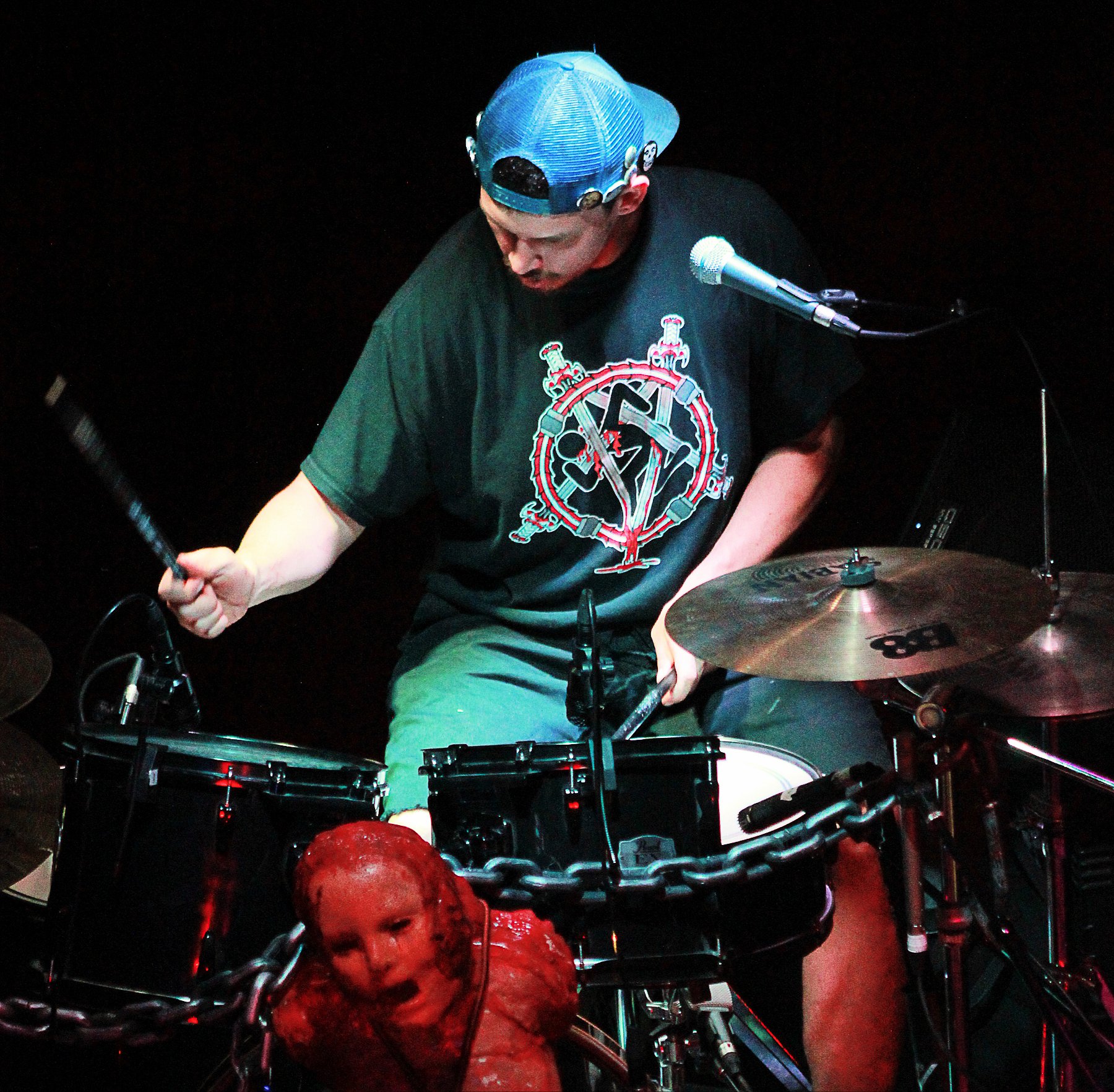 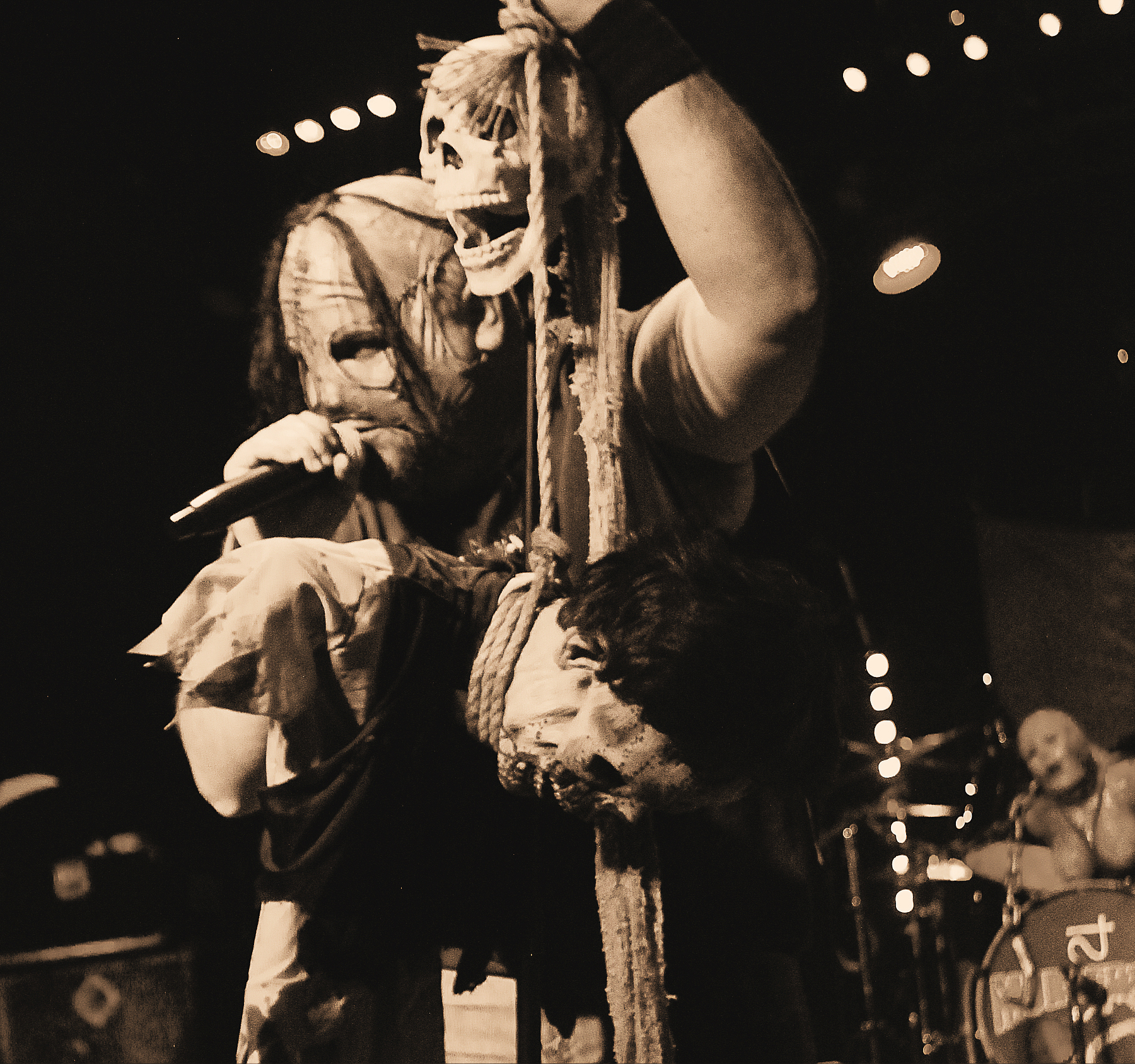 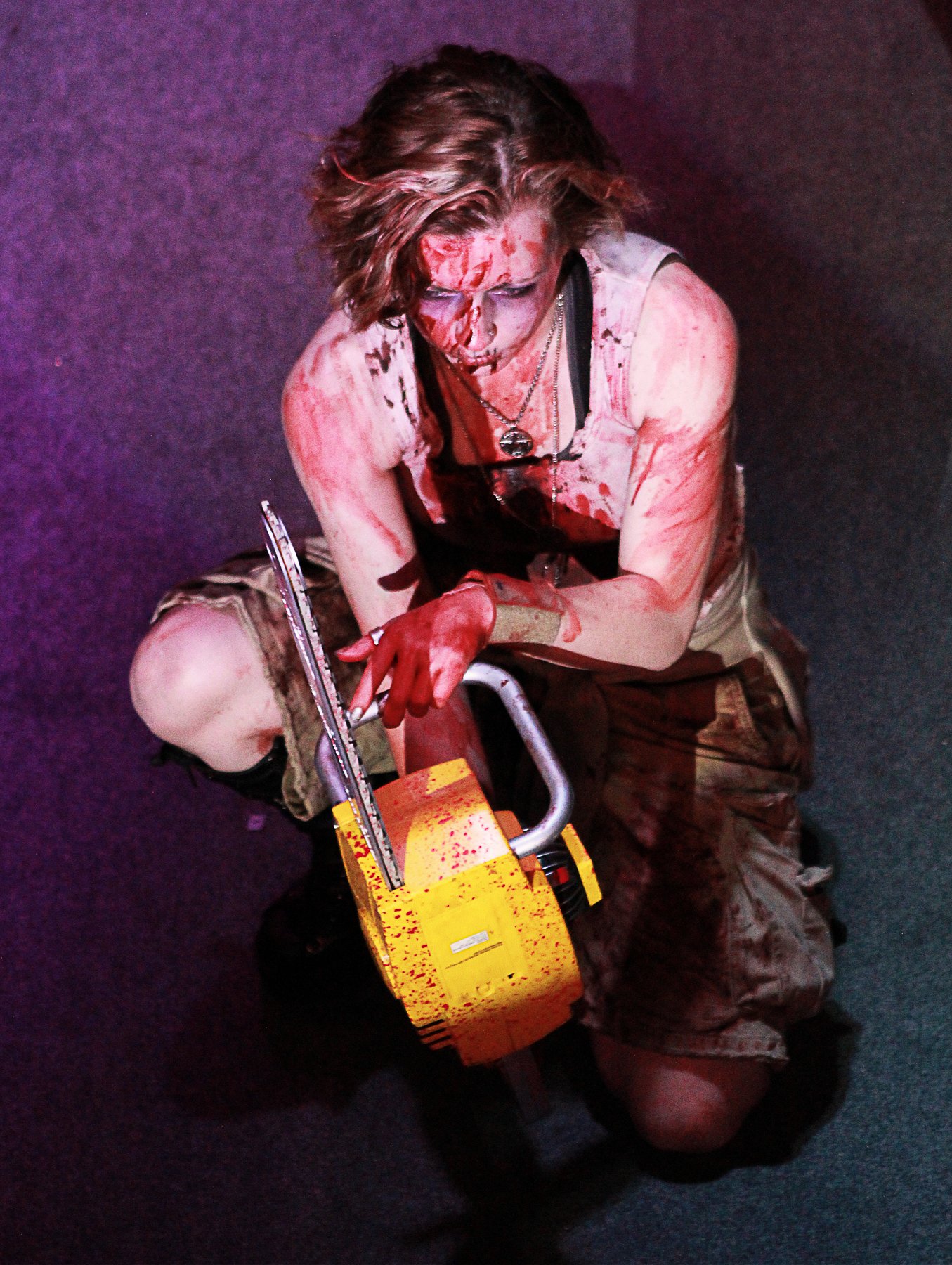 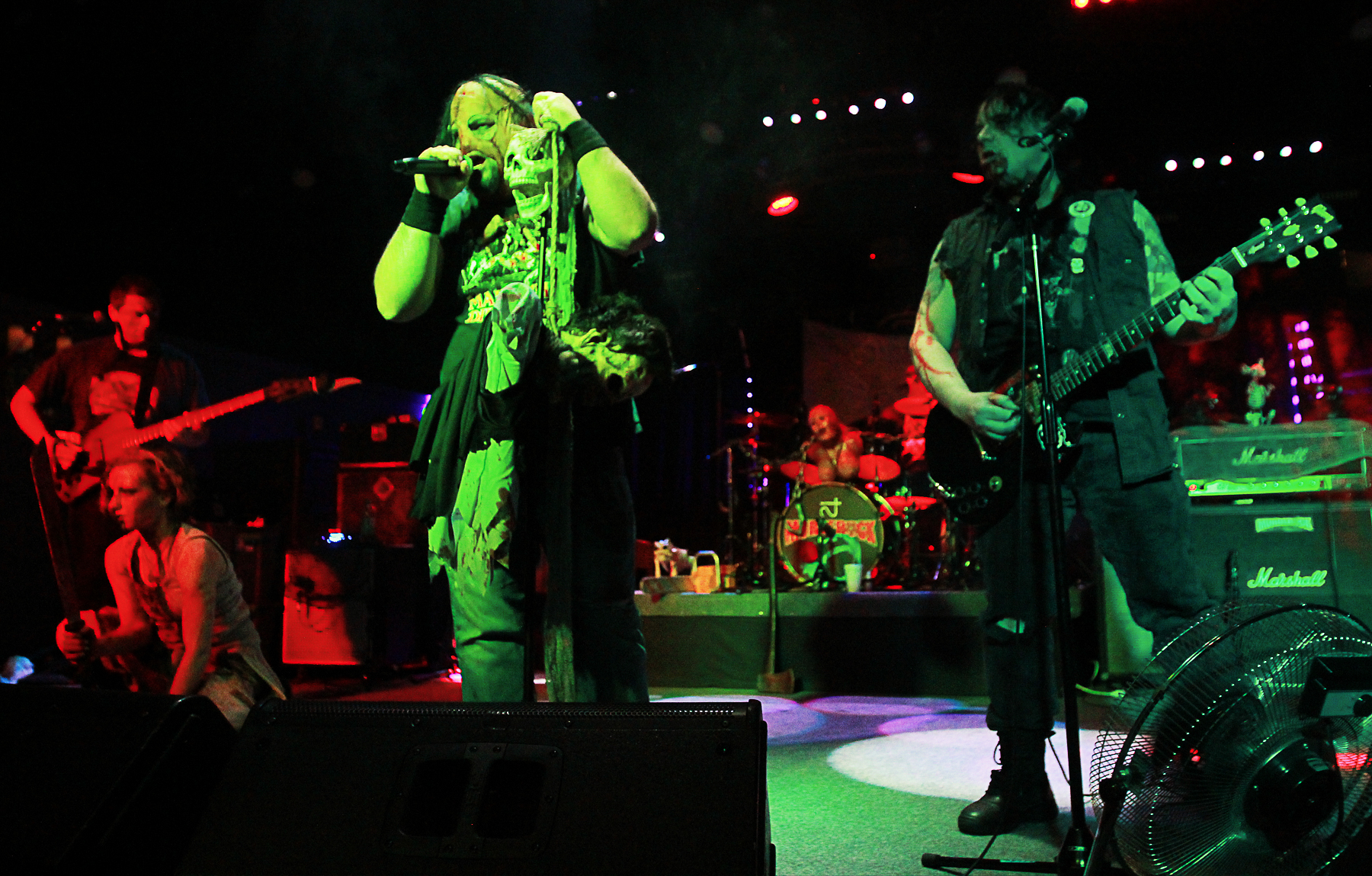 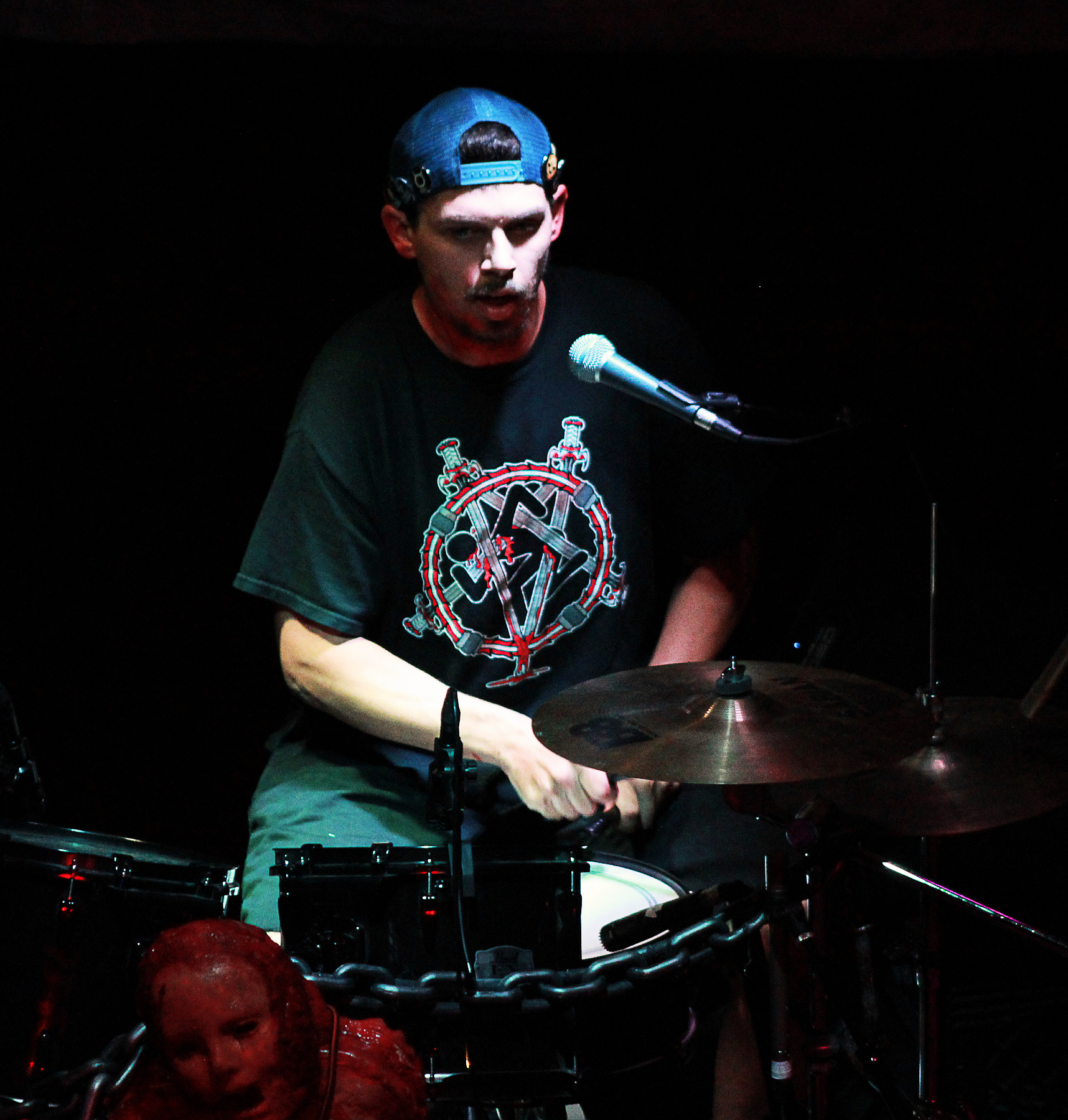 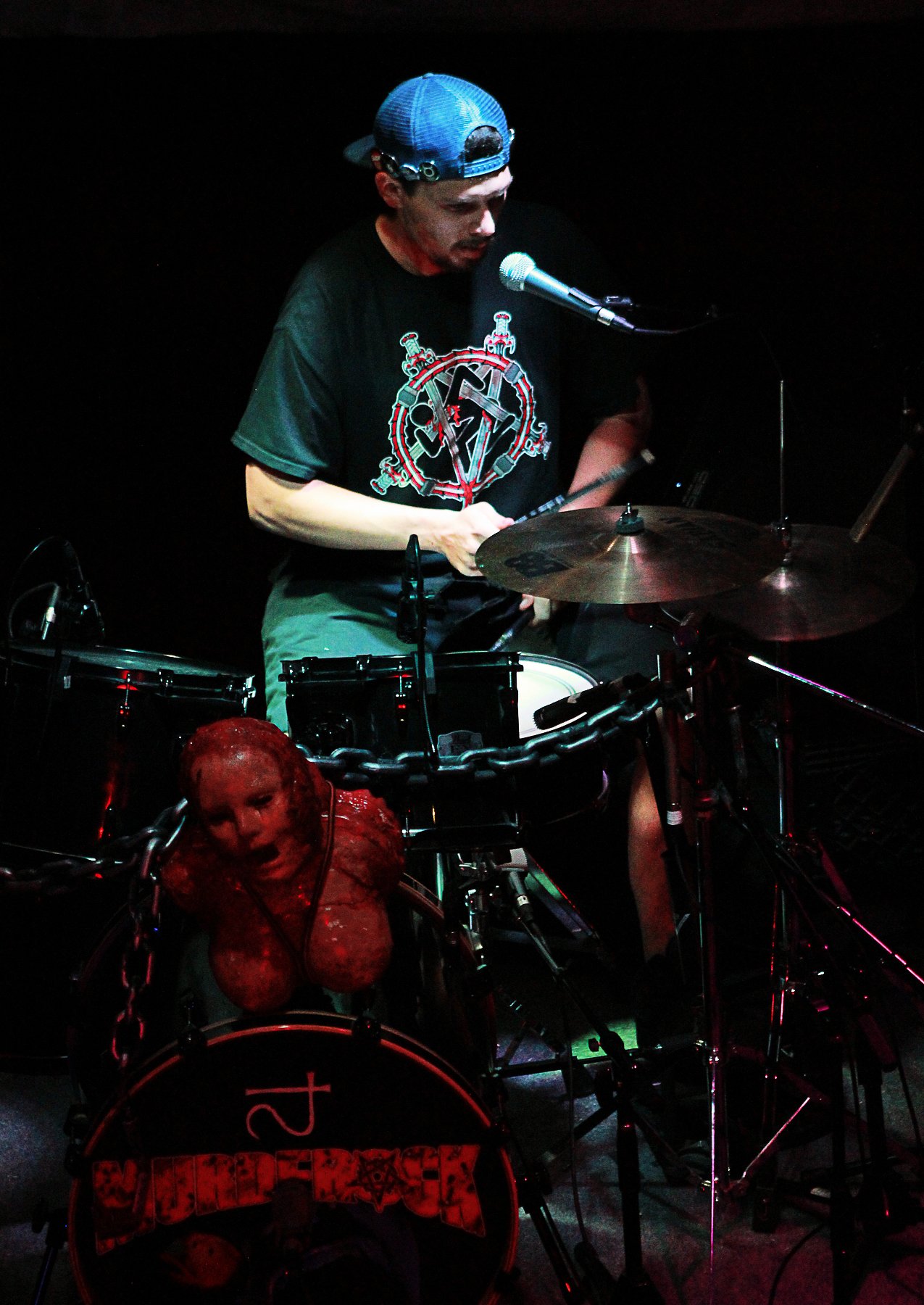 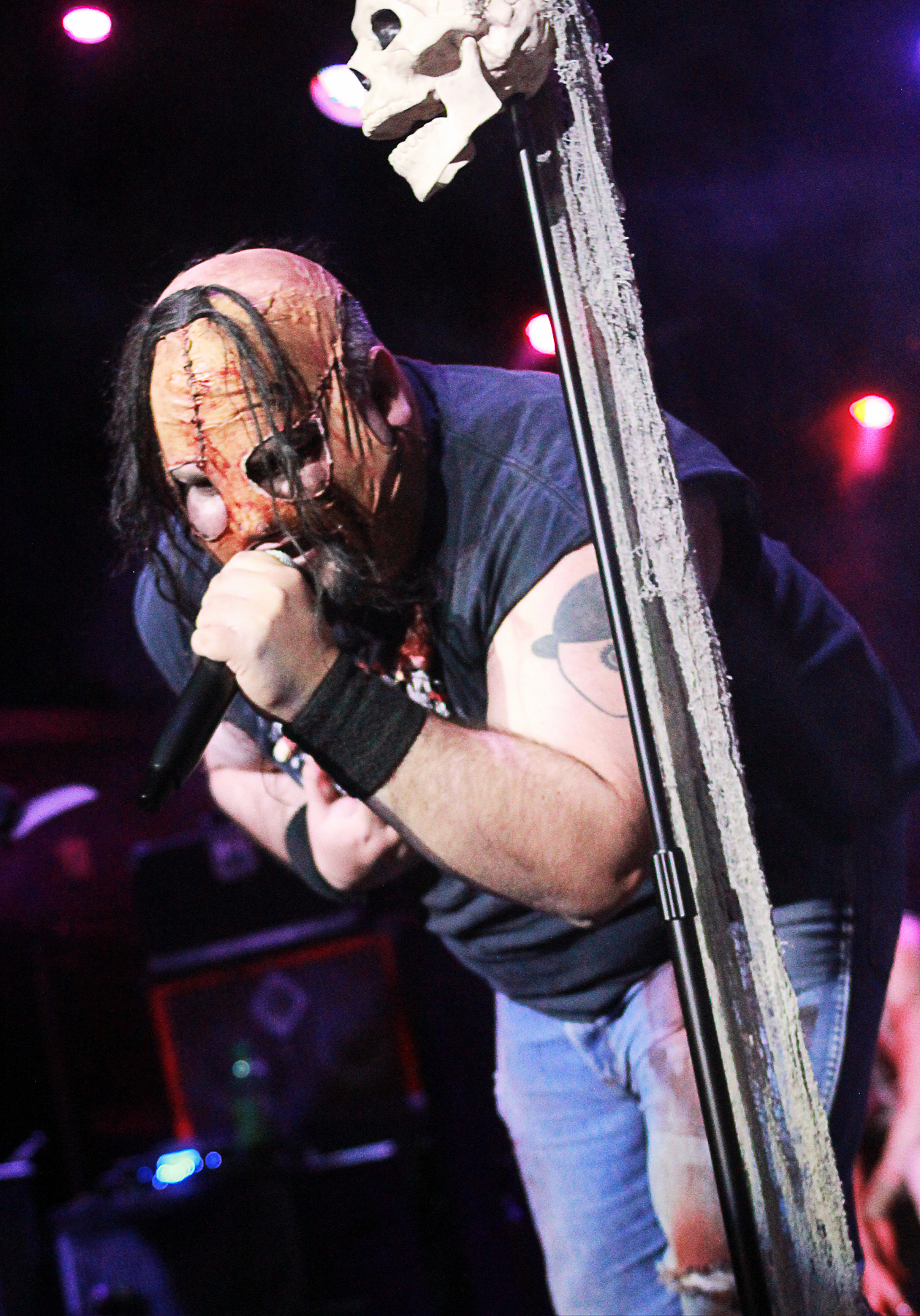 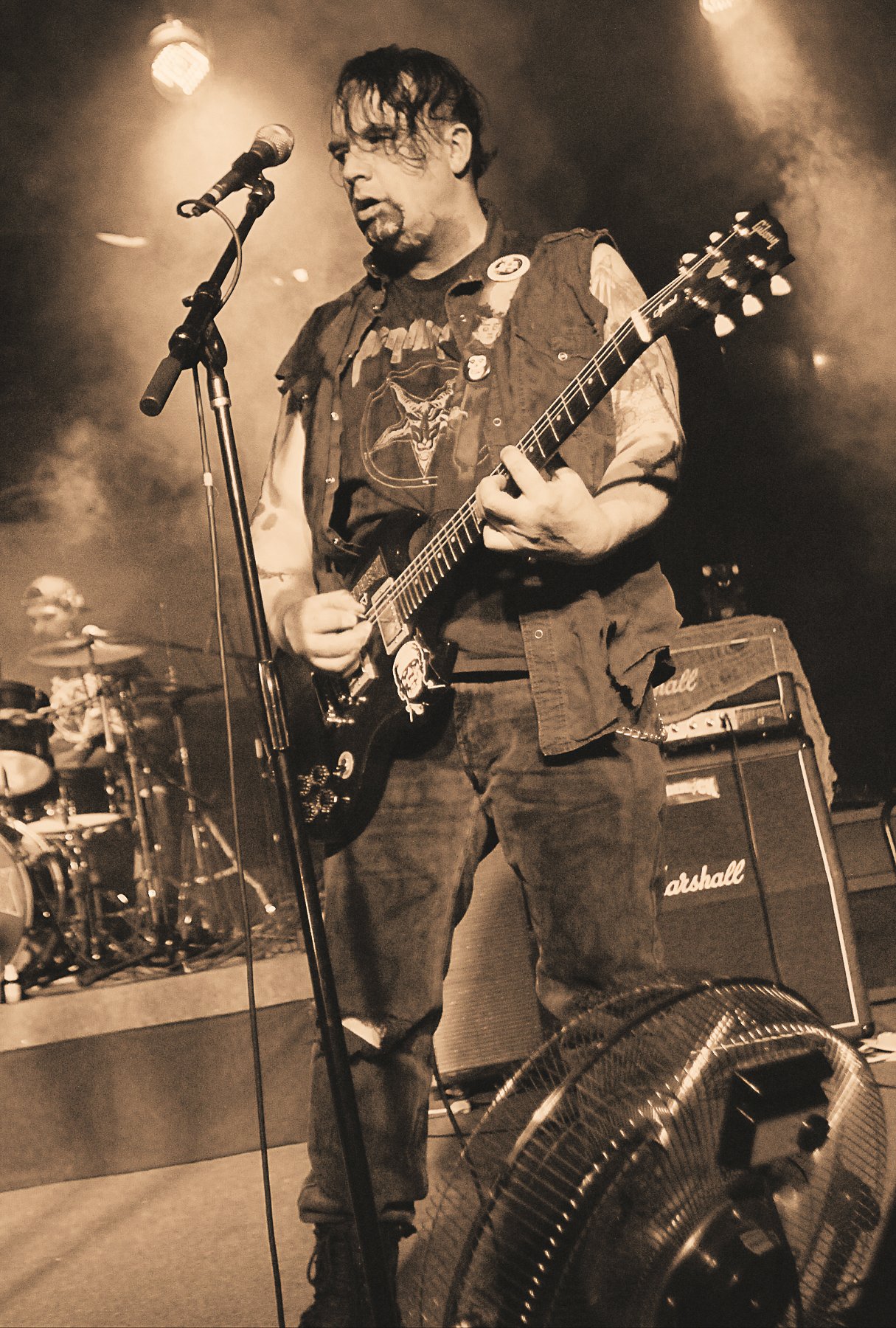 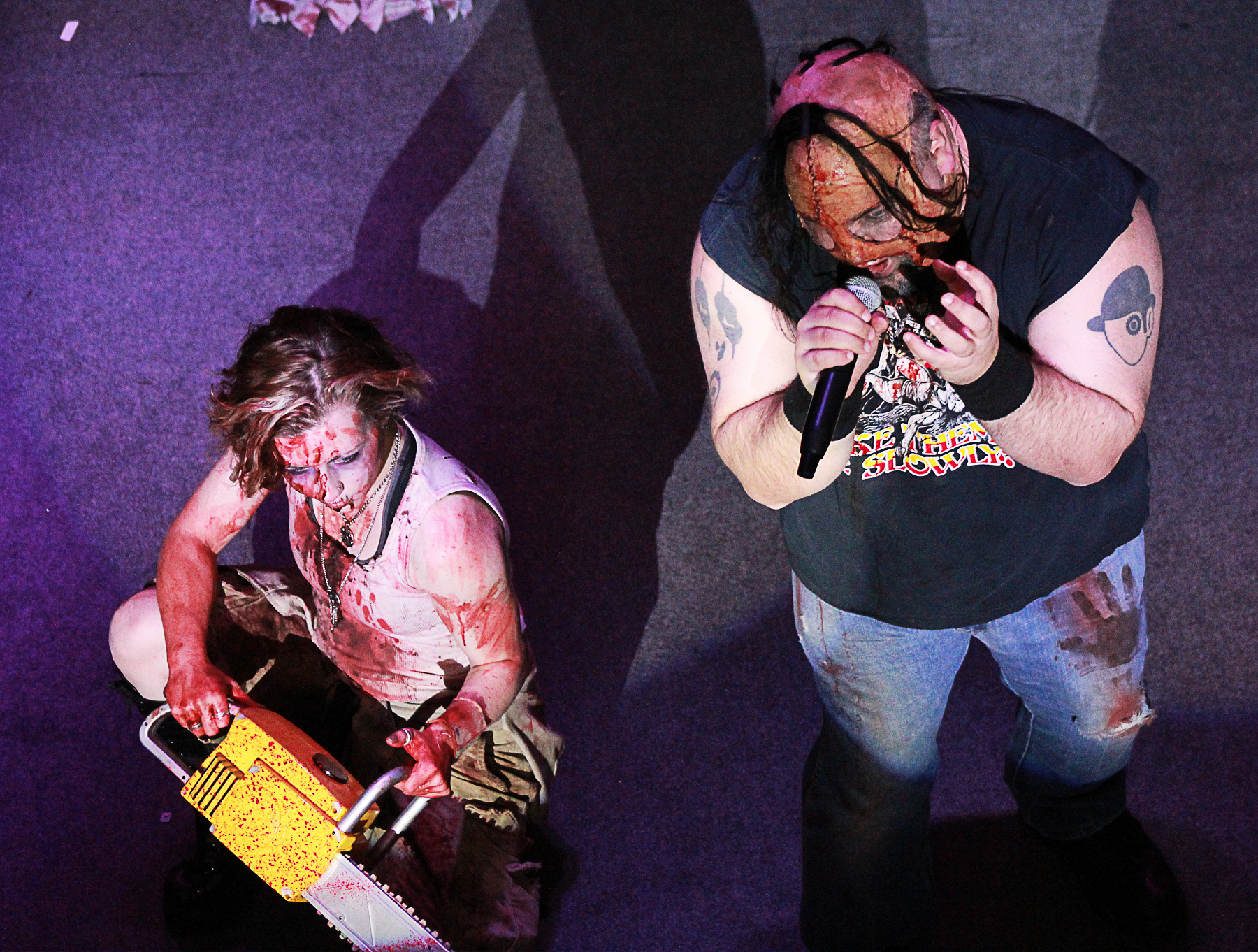 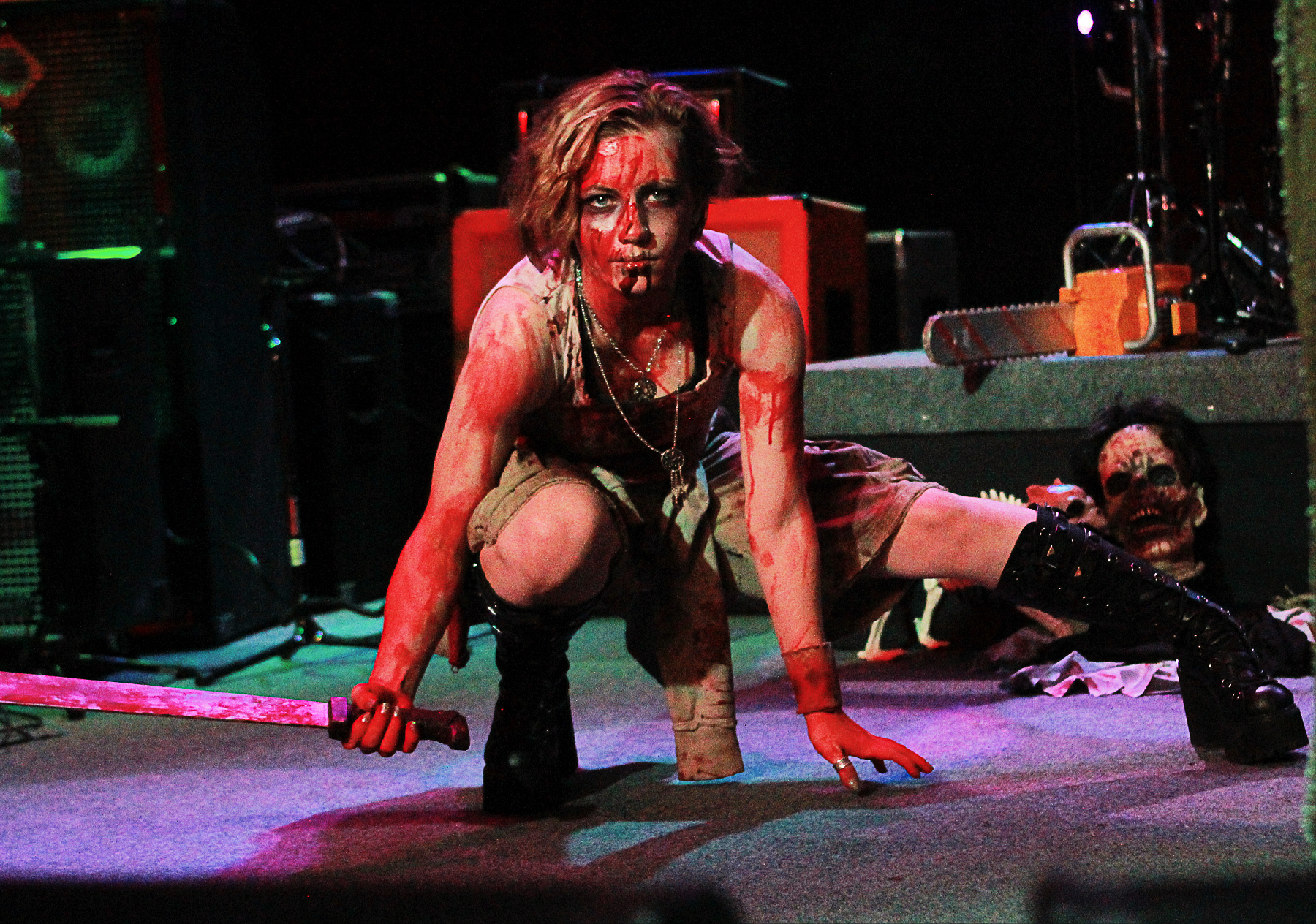 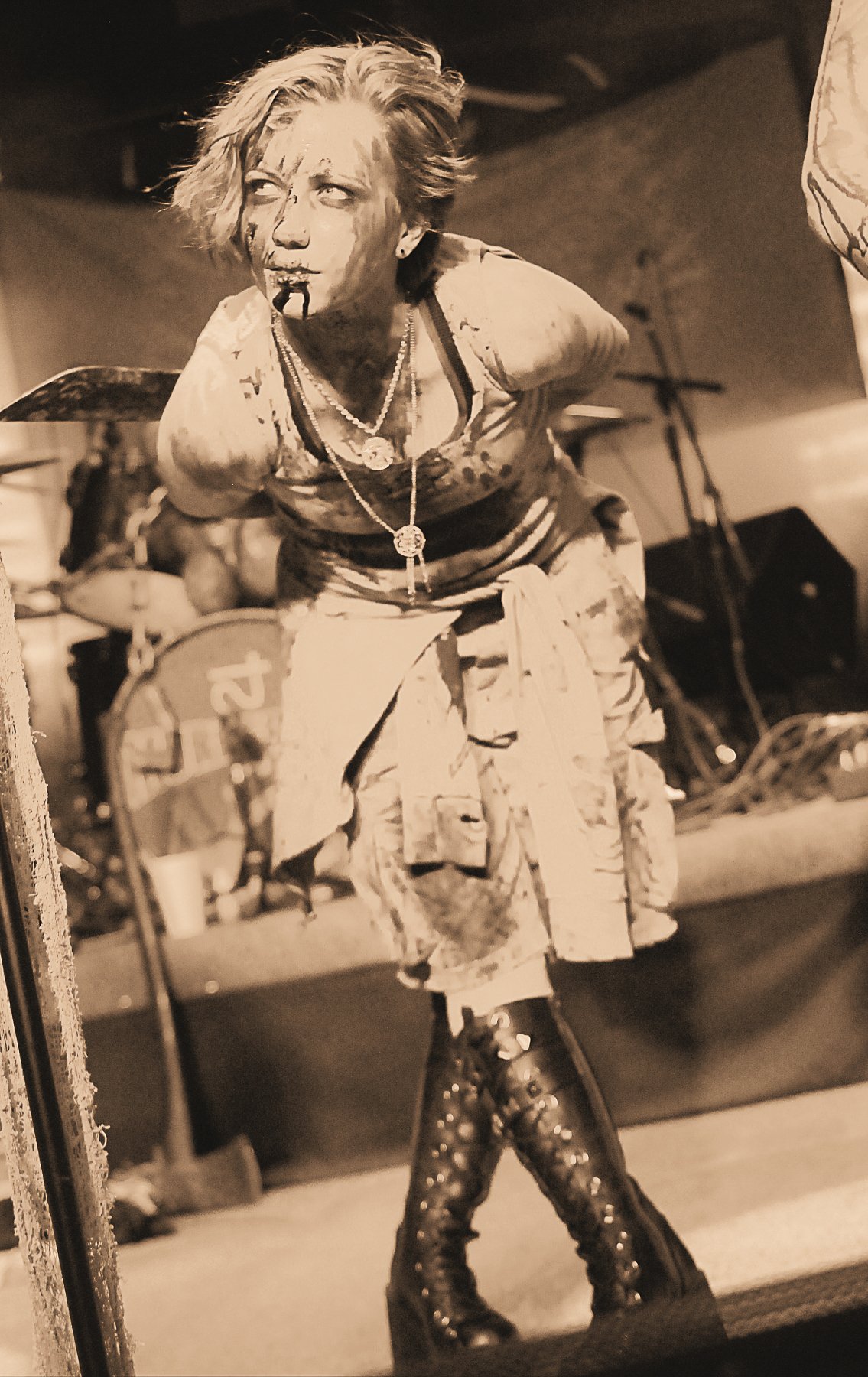 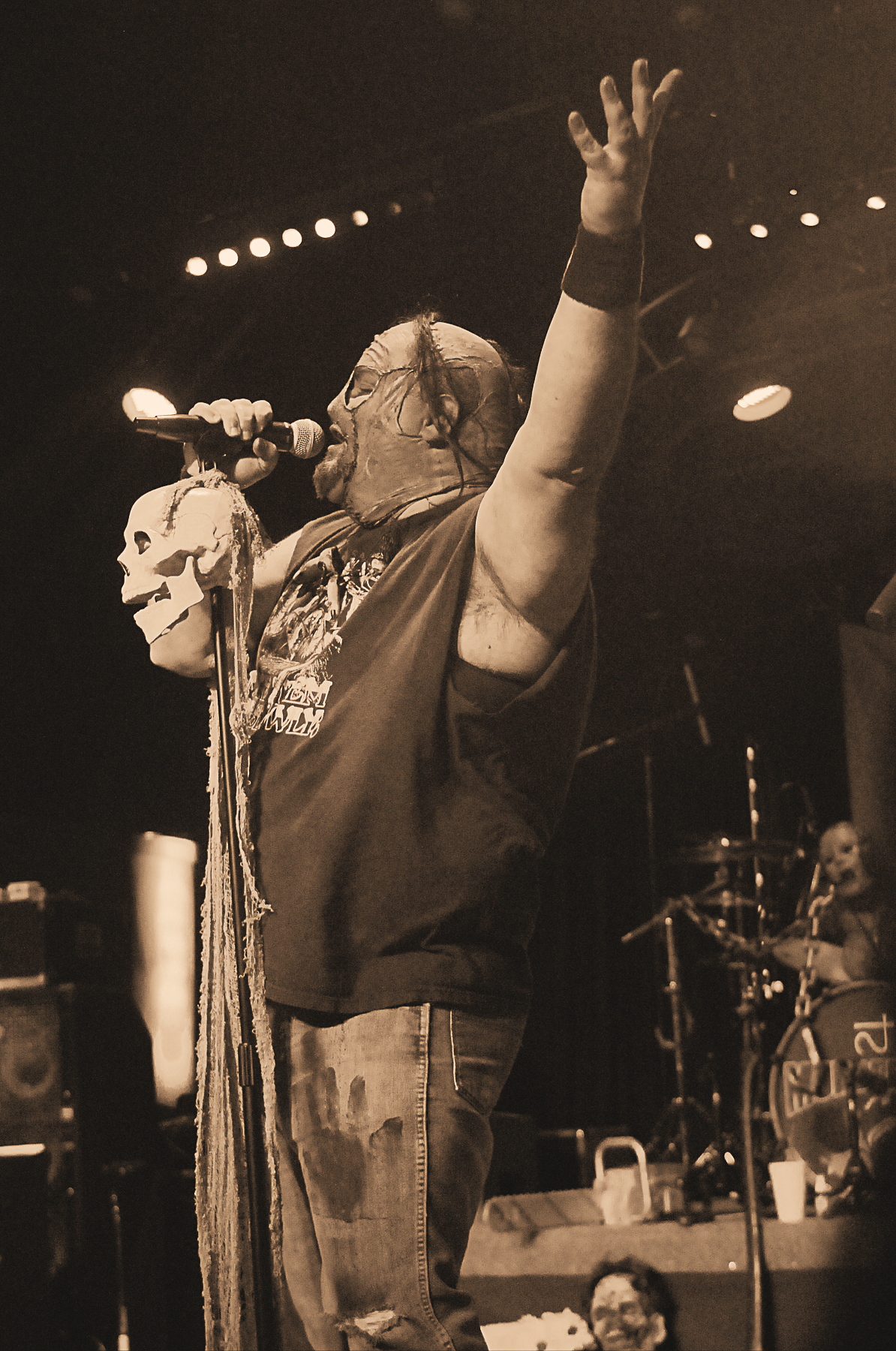 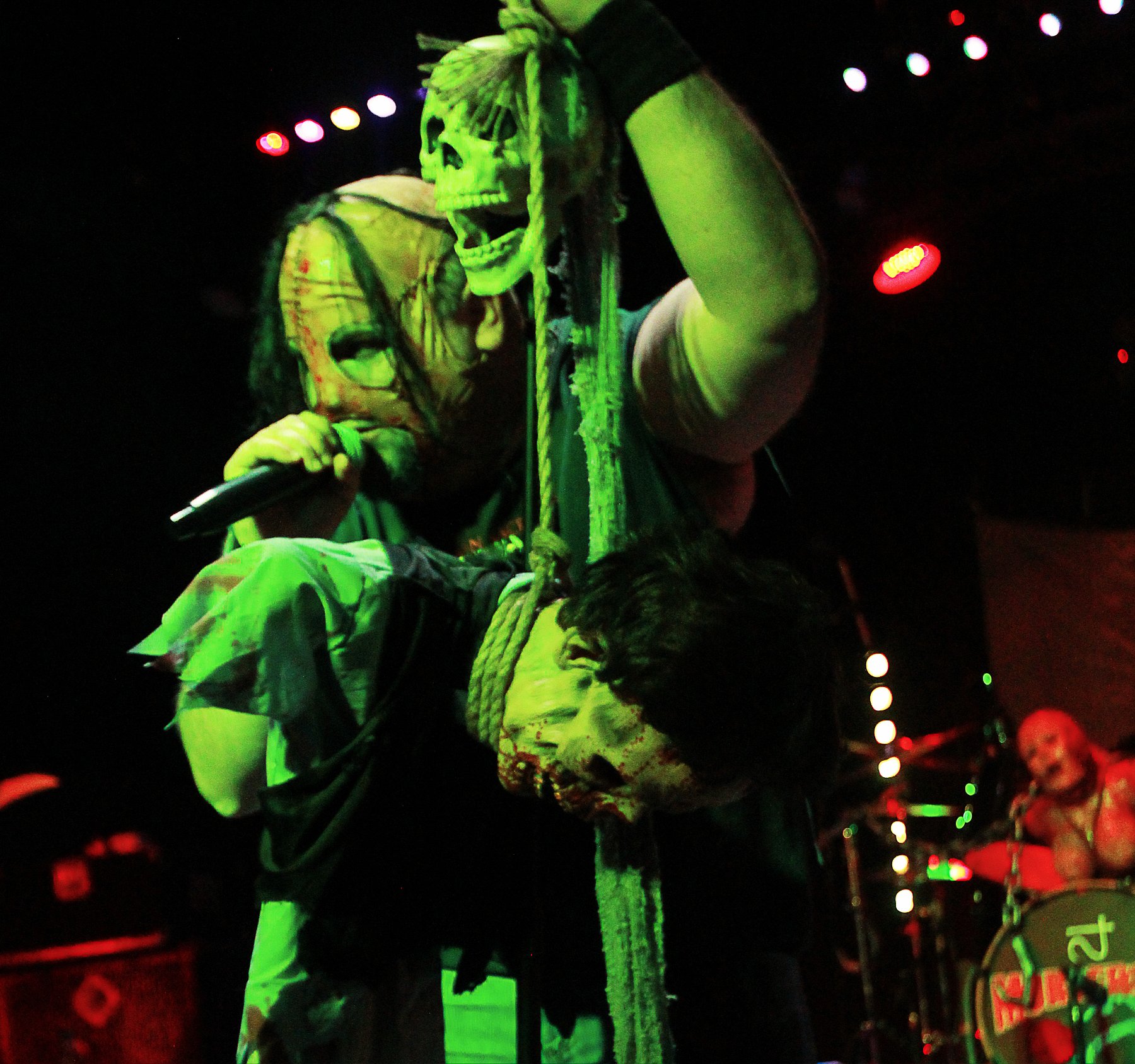 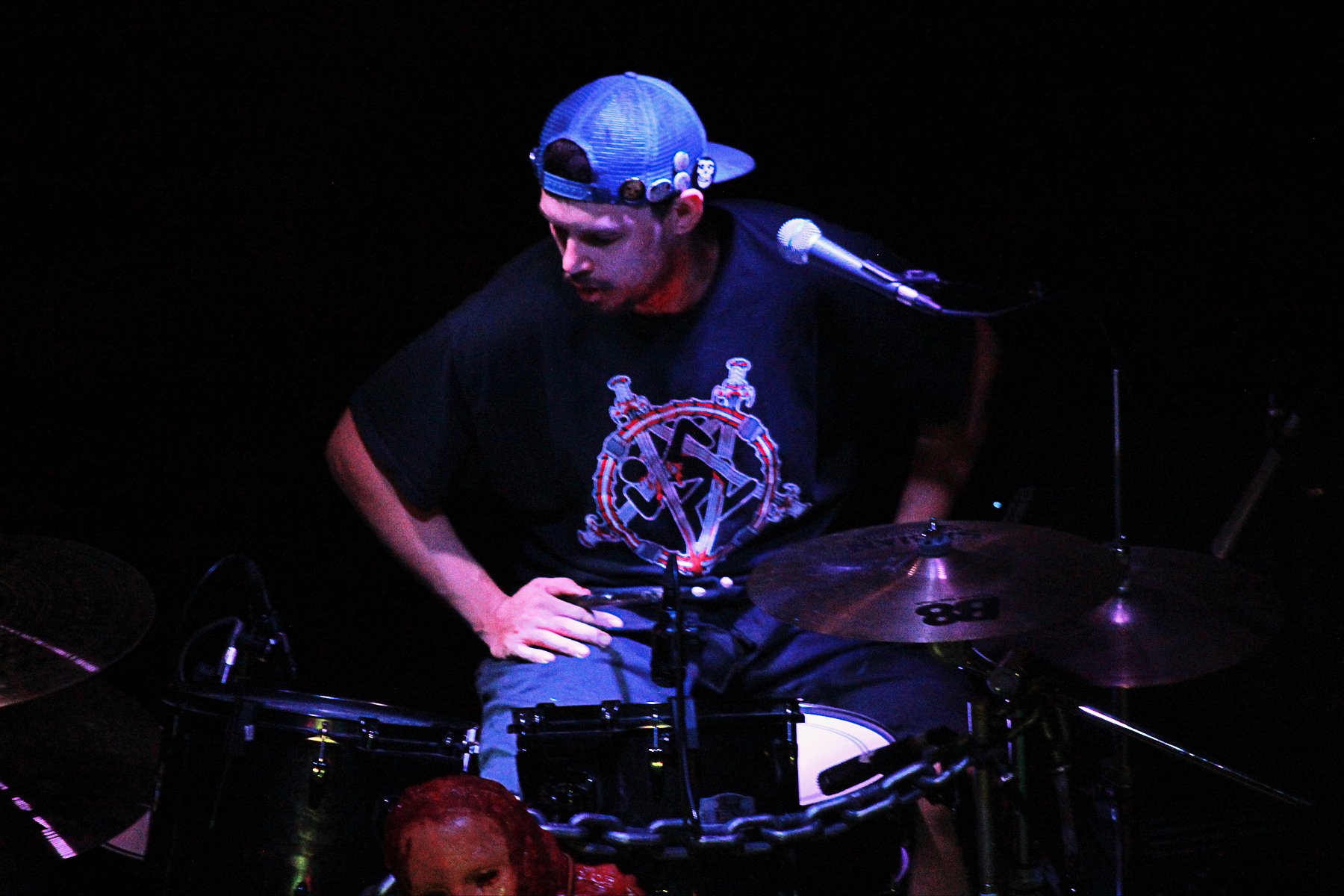 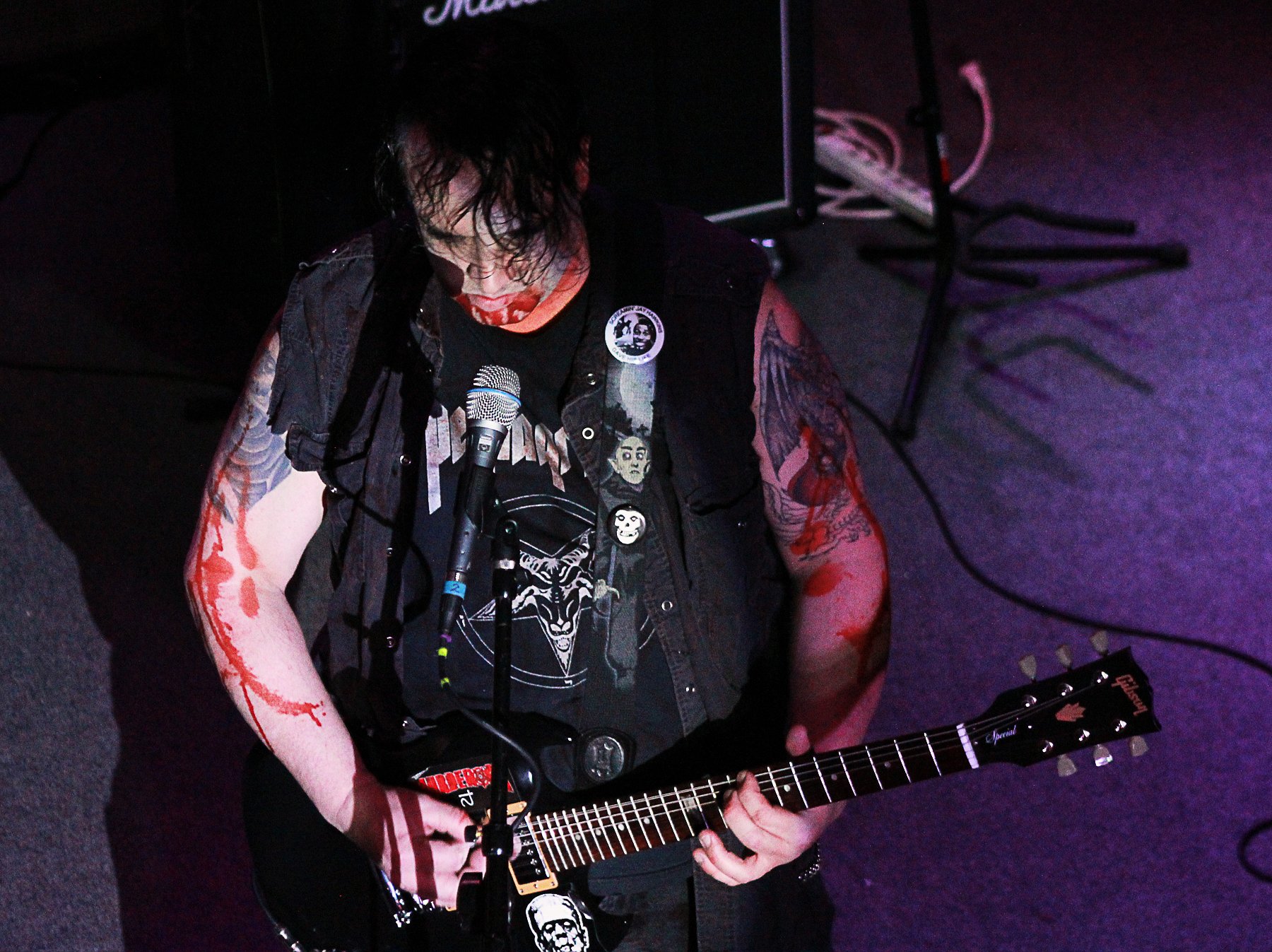 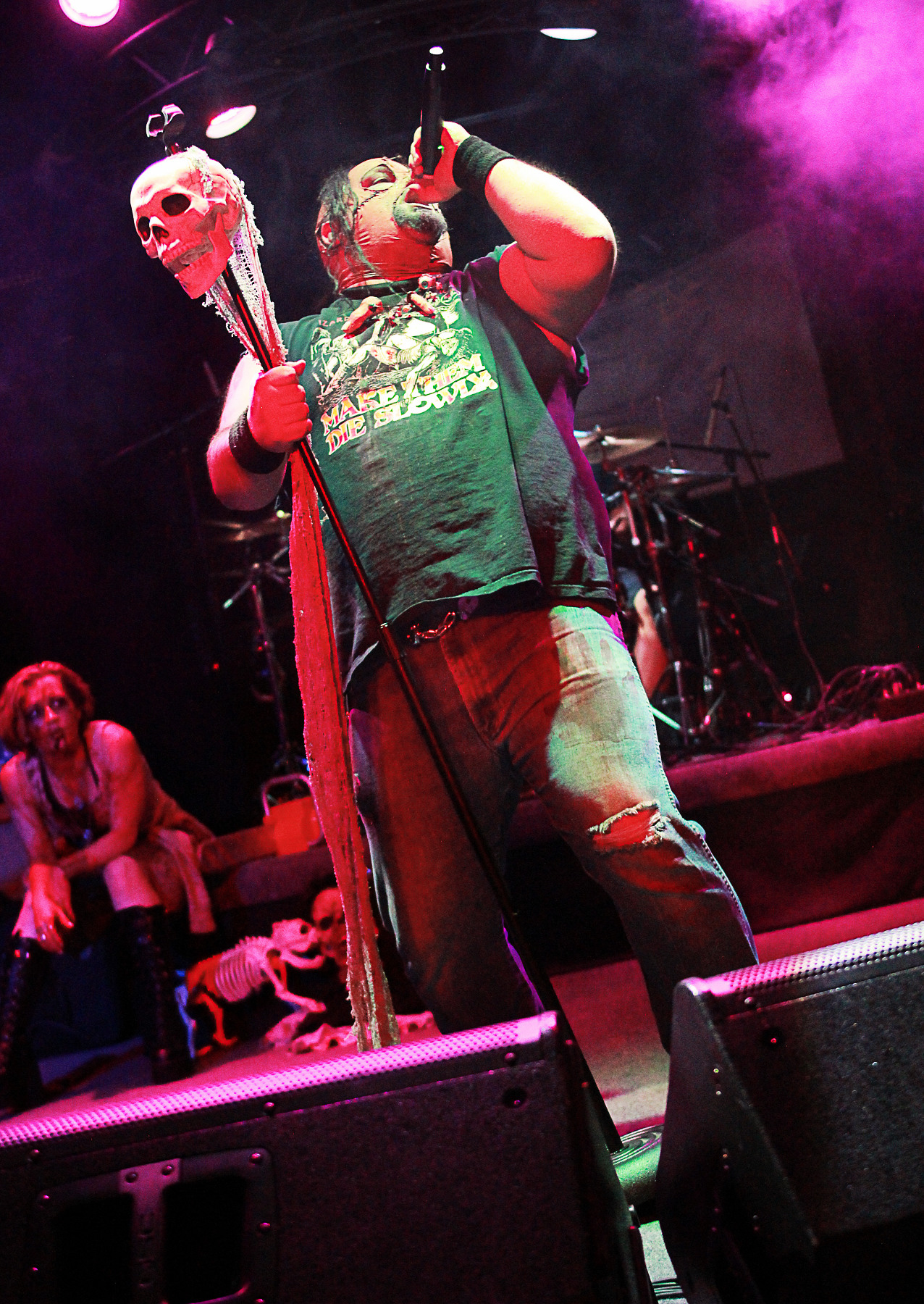 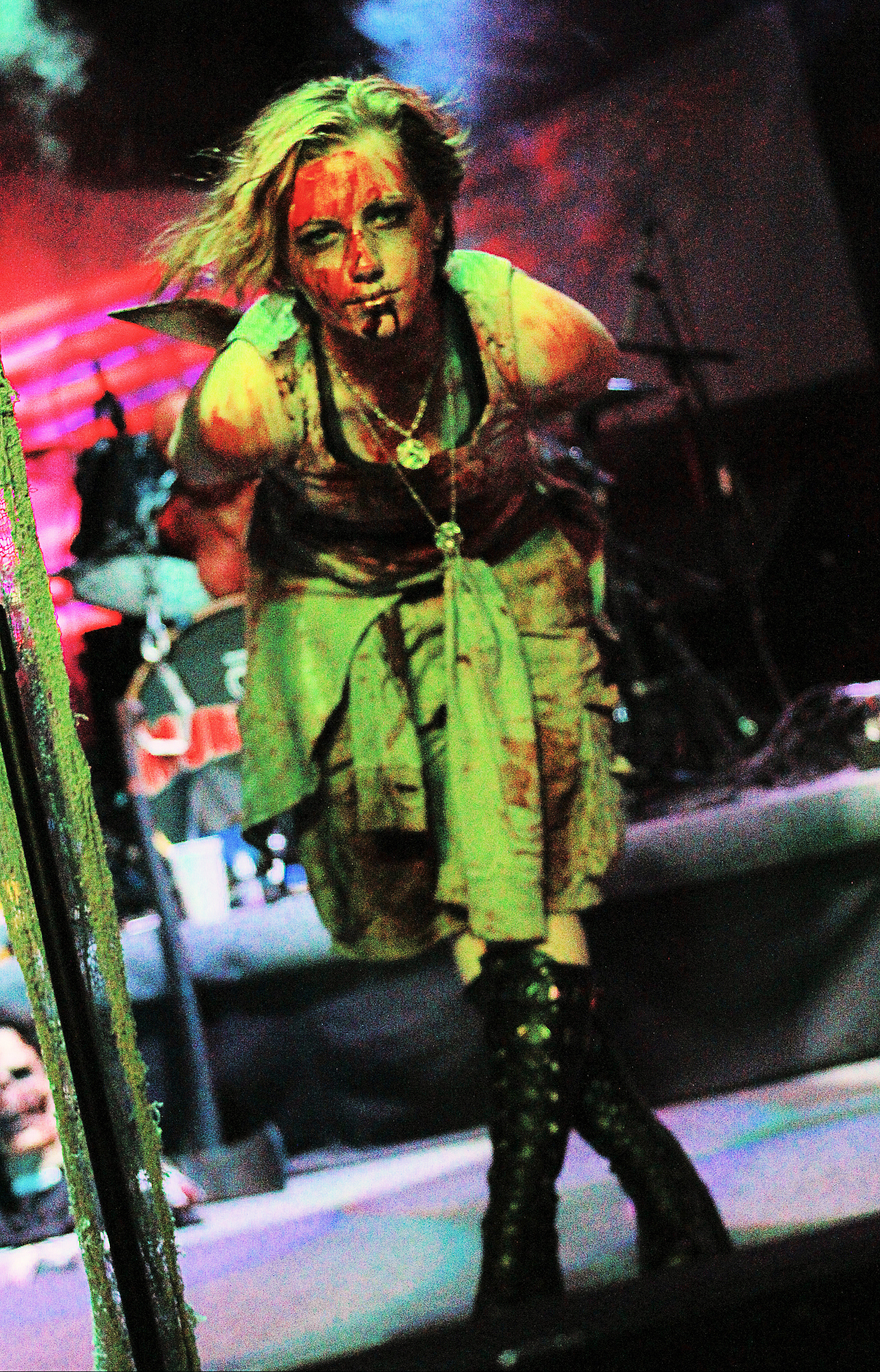 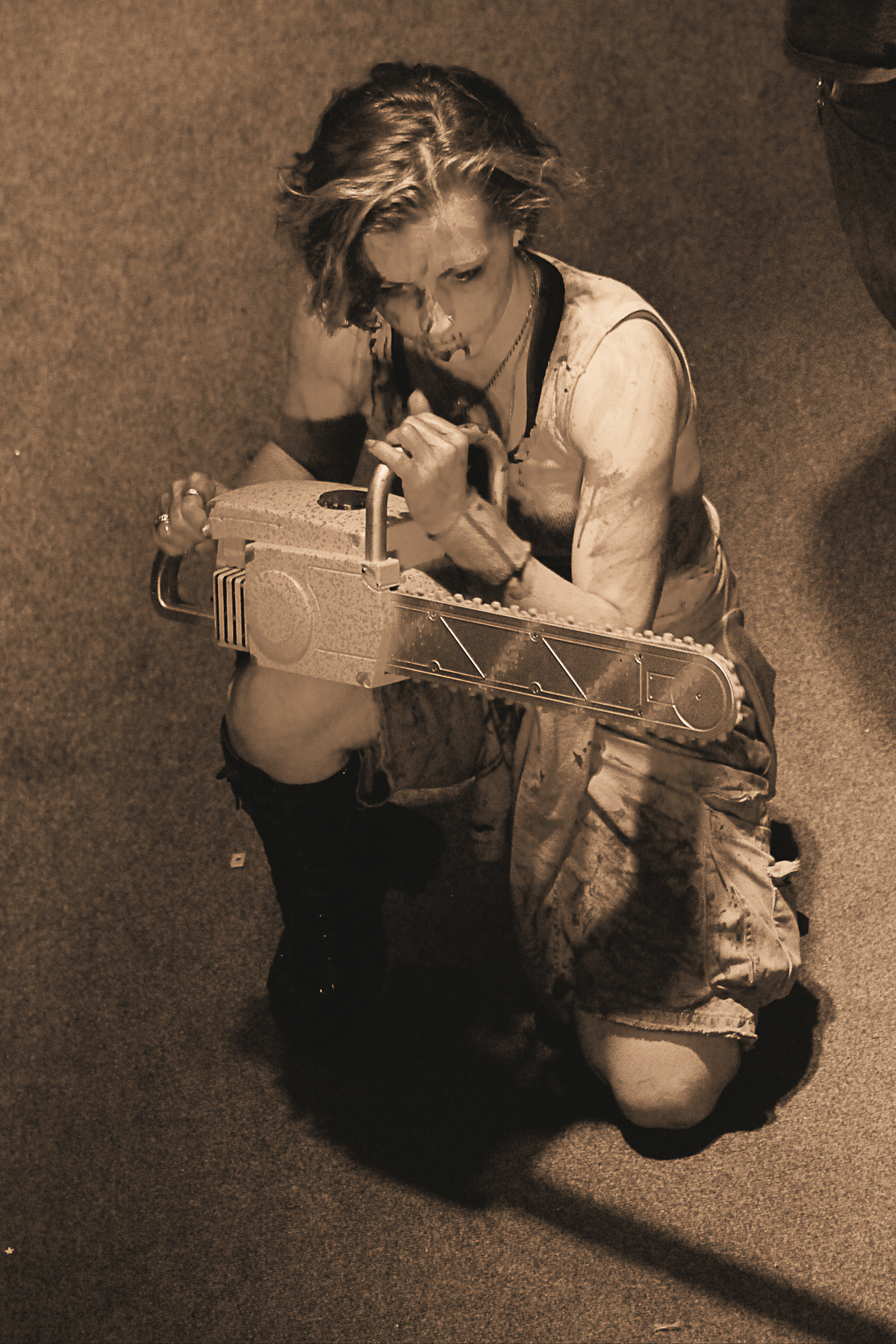 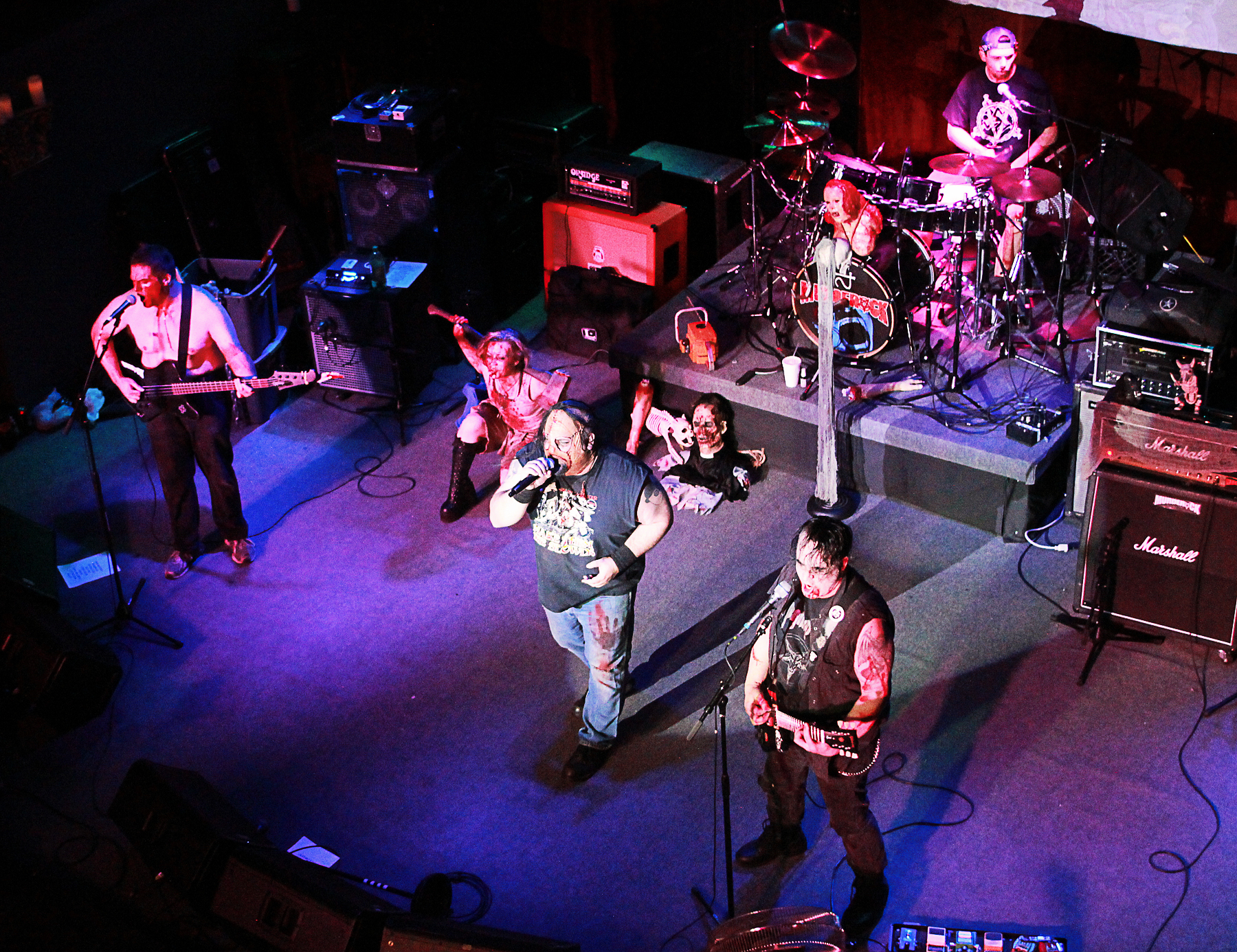