Park Lane Developer to Get Partial Reimbursement for Utility Work 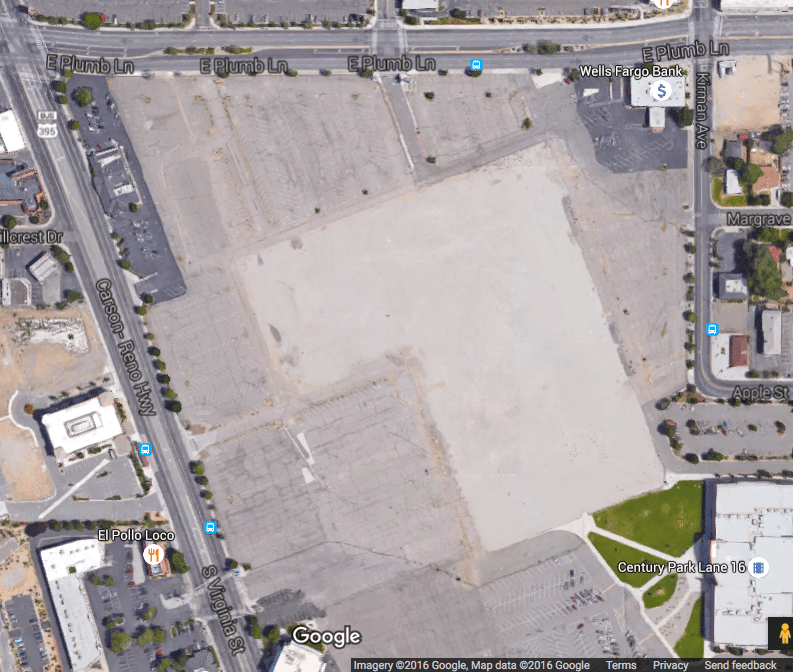 The Reno City Council on Wednesday approved a developer’s request to offset partial costs to relocate utilities for an urban infill project if underground work is completed in five years.

Reno Land Inc. purchased the former Park Lane Mall property on the southeast corner of Plumb Lane and South Virginia Street in September. It has since asked the city offset $3.5 million of the $11 million cost associated with relocation of utilities that impact the site through payment of connection fees.

Preliminary site plans show existing sewer and storm drain infrastructure currently bisecting the property would need to be moved. The storm drain and sewer there is more than 50 years old.

“Although the condition of the existing storm drain and sewer are likely to last 10-20 more years, the cost to replace would require building a parallel system in a new easement and abandoning the current alignment,” public works director John Flansberg wrote in a letter to council members. “There is a direct benefit in participating at this time to renew both segments within an alignment that fits the site better.”

The mall opened in the 1960s, closed in early 2007 and was leveled in 2009. The 46-acre site has since been fenced, but has been identified as one of the largest development opportunities in the area due to its size and location. 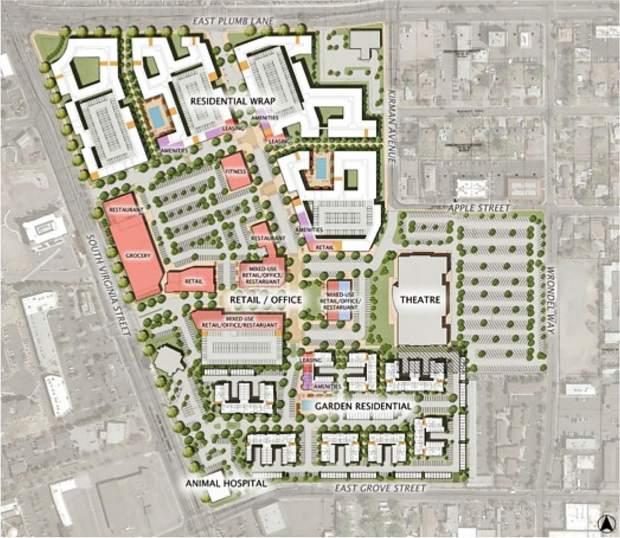 Councilman Paul McKenzie said he likes the project and thinks the movement of the utilities will be beneficial, but questioned whether the city was following proper procedure and setting a dangerous paradigm by offsetting fees.

“Sewer connection fees are one thing and they’re outlined in state law. They’re for expansion of services,” McKenzie said. “Crossbreeding those with the use fees is very questionable. The idea that we’re going to defer connection fees and pay that back with the fees from usages becomes very fuzzy and that’s not a clearly defined process.”

Flansberg noted that Reno Land will only get reimbursed as it builds, which wouldn’t put the city at risk if the project doesn’t come to fruition. Assistant City Attorney Susan Ball Rothe said her office was comfortable with the contract, although this process is new and could set a precedent.

“It’s a reimbursement, not a waiver,” Ball Rothe said. “They’re still being charged a connection fee and they’re still paying it pursuant to Reno Municipal Code. The back end reimbursement will be from the sewer enterprise fund.”

Construction cost is estimated at $500 million, with the project creating 3,200 temporary construction jobs and 700 permanent jobs. It will generate about $77 million in tax revenue during the next 20 years, city staff estimated. Ground breaking is expected this spring.