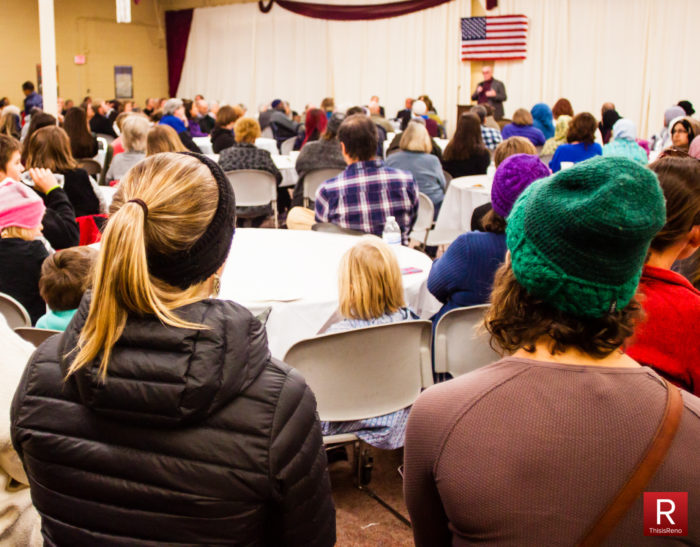 Acting in Community Together in Organizing Northern Nevada (ACTIONN) and Northern Nevada Muslim Center (NNMC) hosted a solidarity vigil on Sunday in response to the nomination of Lt. Gen. Michael Flynn to national security adviser.

To describe the event in one word it would easily be “diversity.” Different races, ethnicities, ages, income and education levels, genders, and orientations were all represented. Organizers expected 100 guests, but there were easily more, quickly creating a standing room only with conversations at a deafening level.

A prayer from the Koran was read and translated aloud to begin the speaking portion of the event.

Mike Thornton of ACTIONN spoke first discussing the “hateful and derisive rhetoric” from the Trump administration. His call for any action taken by the newly appointed president that negatively affected minority to be “challenged and challenged rigorously” received loud applause. He ended by asking that the Reno City Council make racial equality part of its core principles.

The remaining speakers were community religious leaders. For the most part they did not directly address the Trump presidency, instead focusing on the message of unity and acceptance. 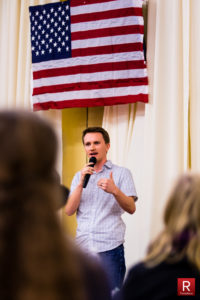 JD Klippenstein, a self-described white evangelical Christian, addressed his community’s role in Trump’s election. After his speech he shared about his efforts to help people understand why groups like the Muslim community feel afraid of the new Trump presidency.

A recurring theme was rejection of the idea of a mandated Muslim registry in the U.S. The Rev. Neal Anderson addressed the idea by saying “we are all Muslim,” indicating that despite their personal religion people would claim to be Muslim in a sign of solidarity. The crowd enthusiastically agreed.

Away from the podium Rabbi Ethan Bair pointed out that with those of the Jewish faith are already familiar with what can happen under religious persecution. Although he did not directly name Nazi Germany, the implication was not lost.

Many in the crowd wore safety pins, a symbol indicating they would offer help and protection to those being harassed or harmed. This symbolic use of the safety pin originated in Britain as a reaction to Brexit and fear of a growing number of hate crimes, according to Aria Overli. She also spoke to the concern of a growing number of hate crimes nationwide, noting that many believe the election of Trump and Pence “makes racism and sexism ok.”

The night concluded with a prayer from the Rev. Neal Anderson asking God to help guide their community. 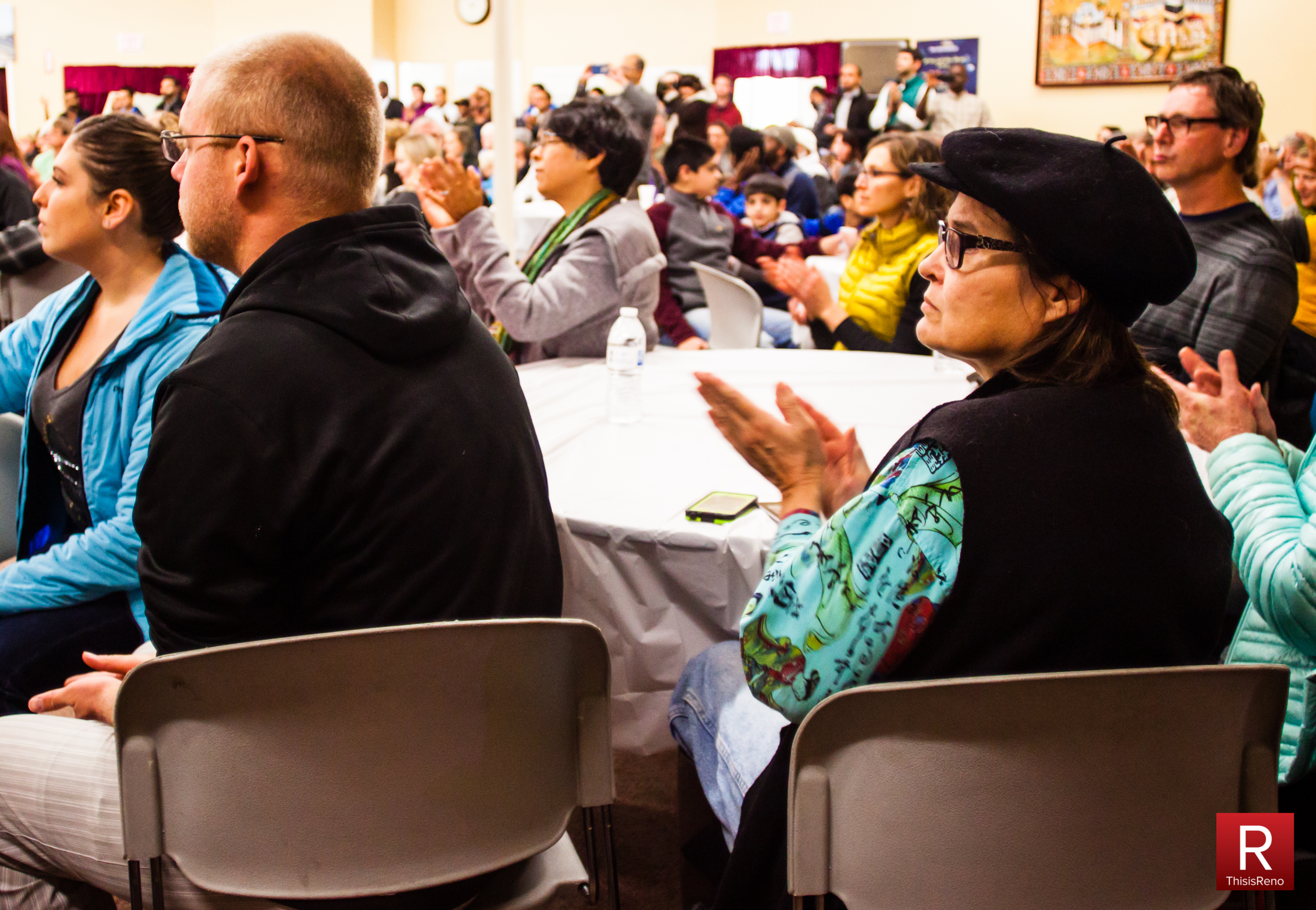 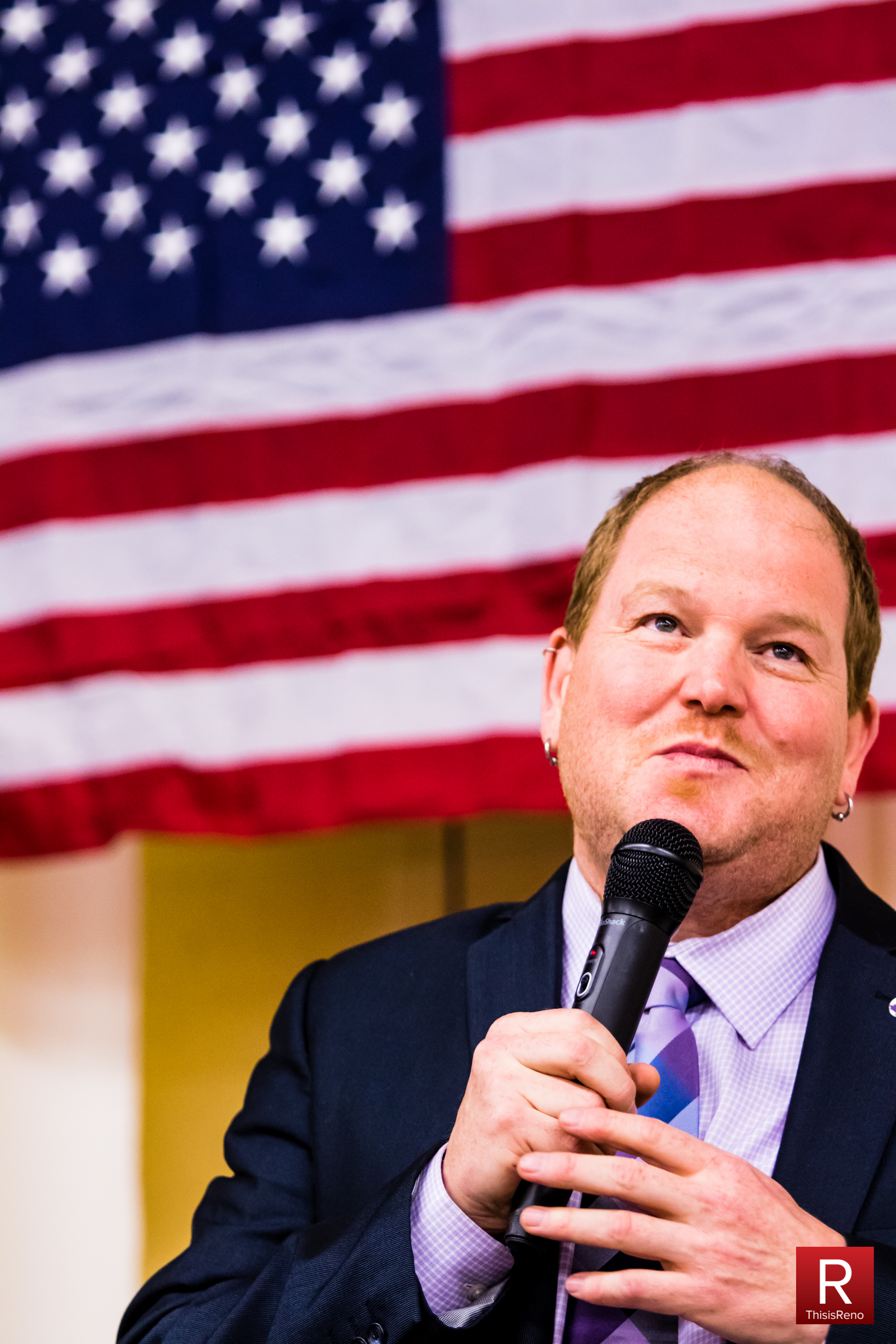 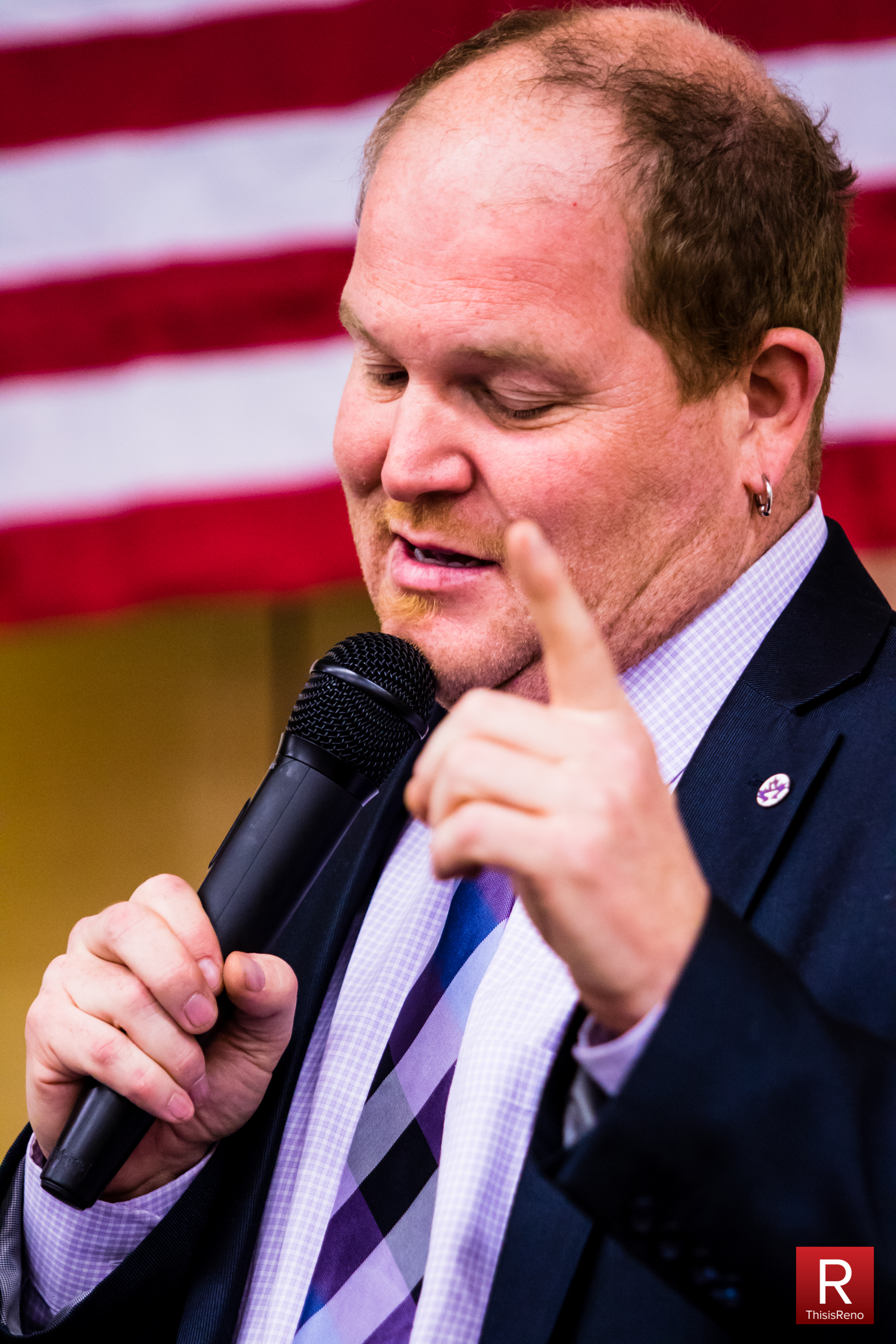 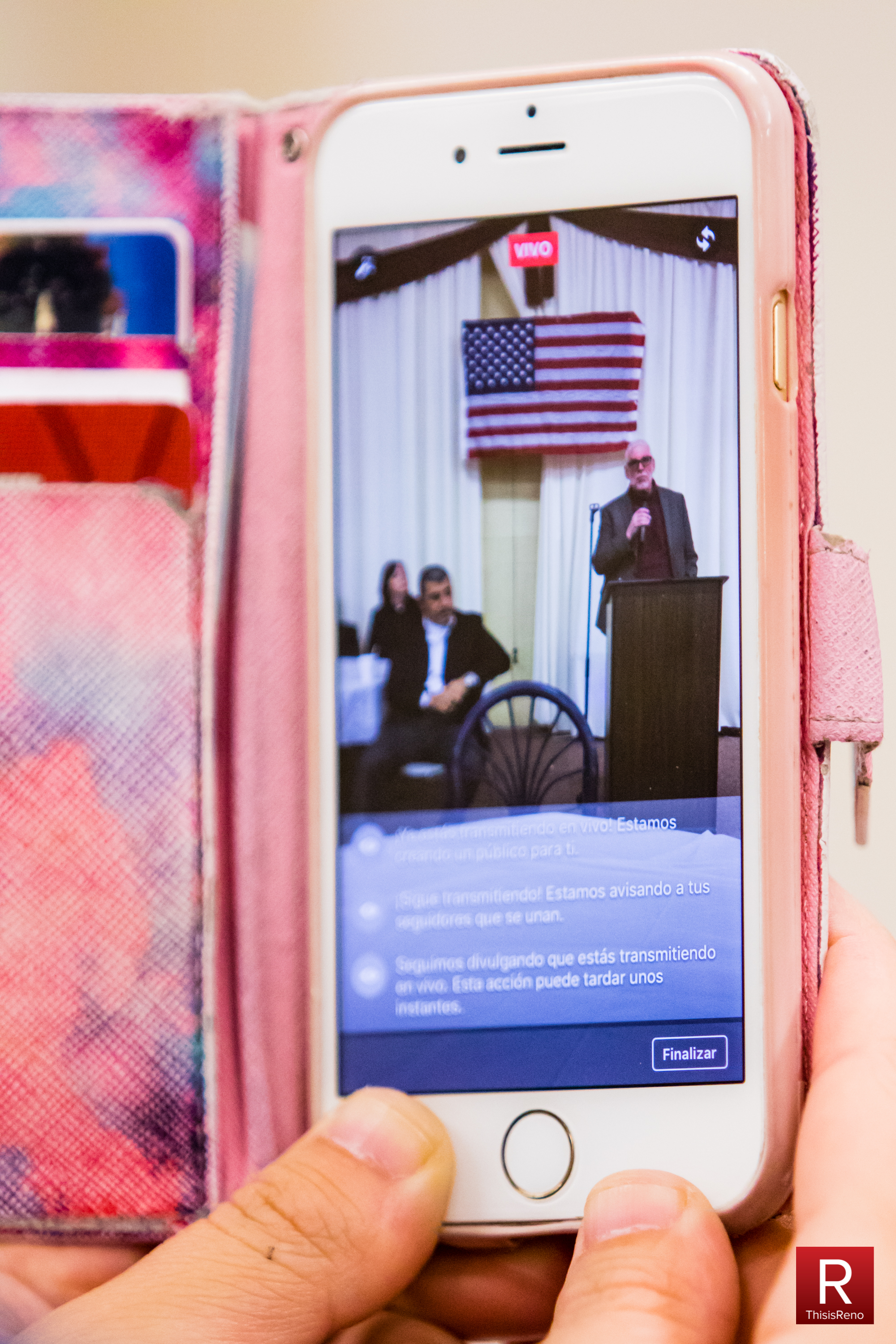 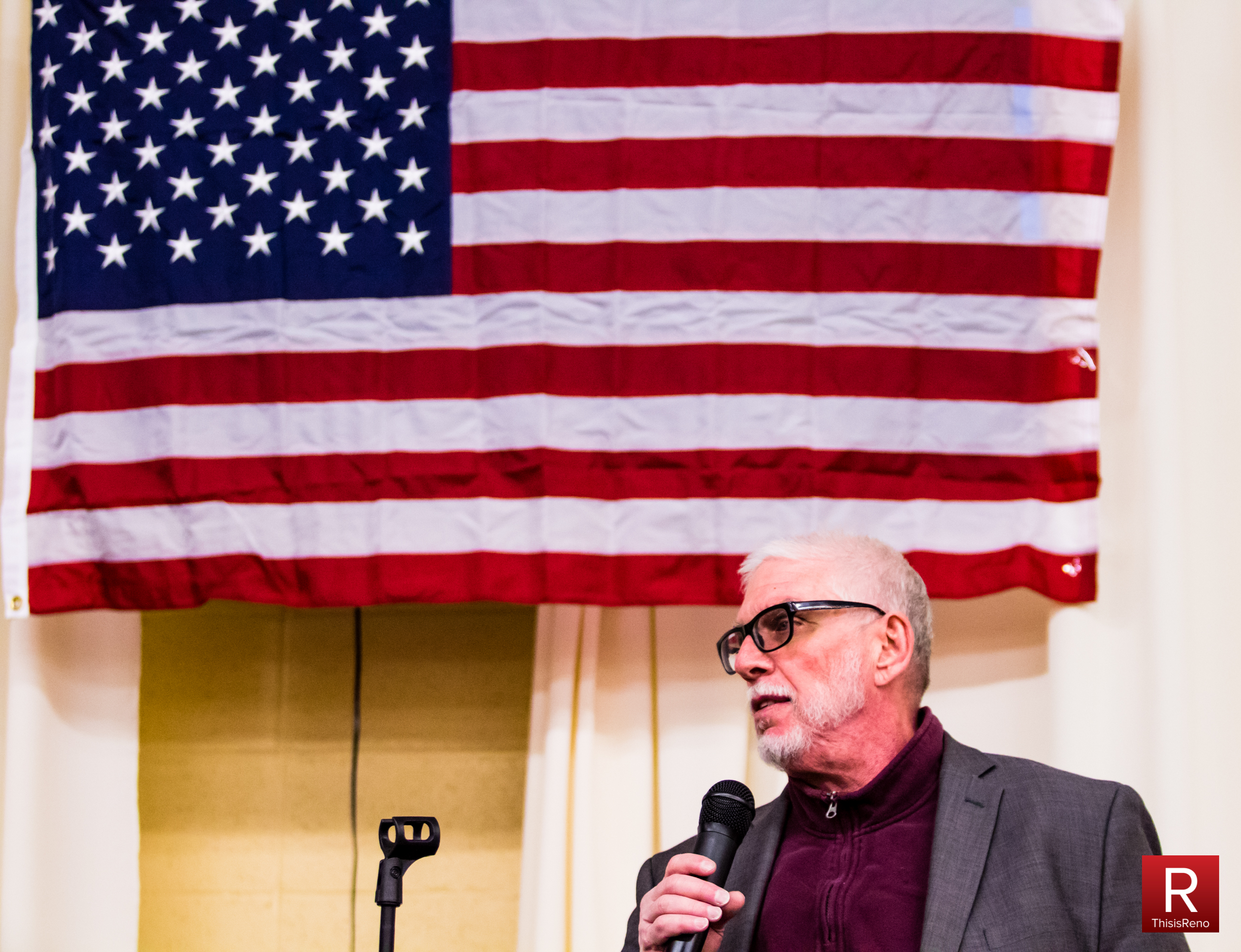 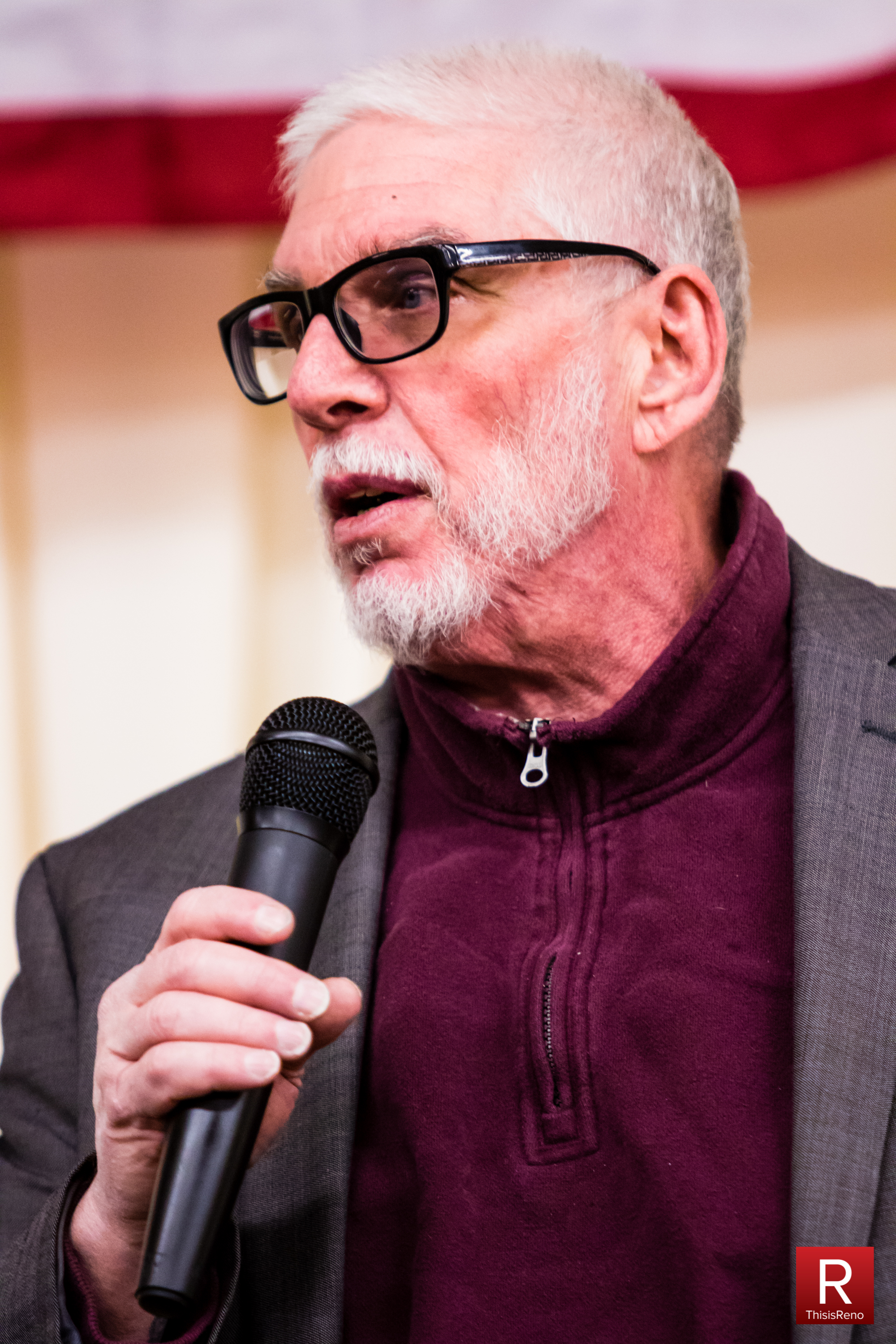 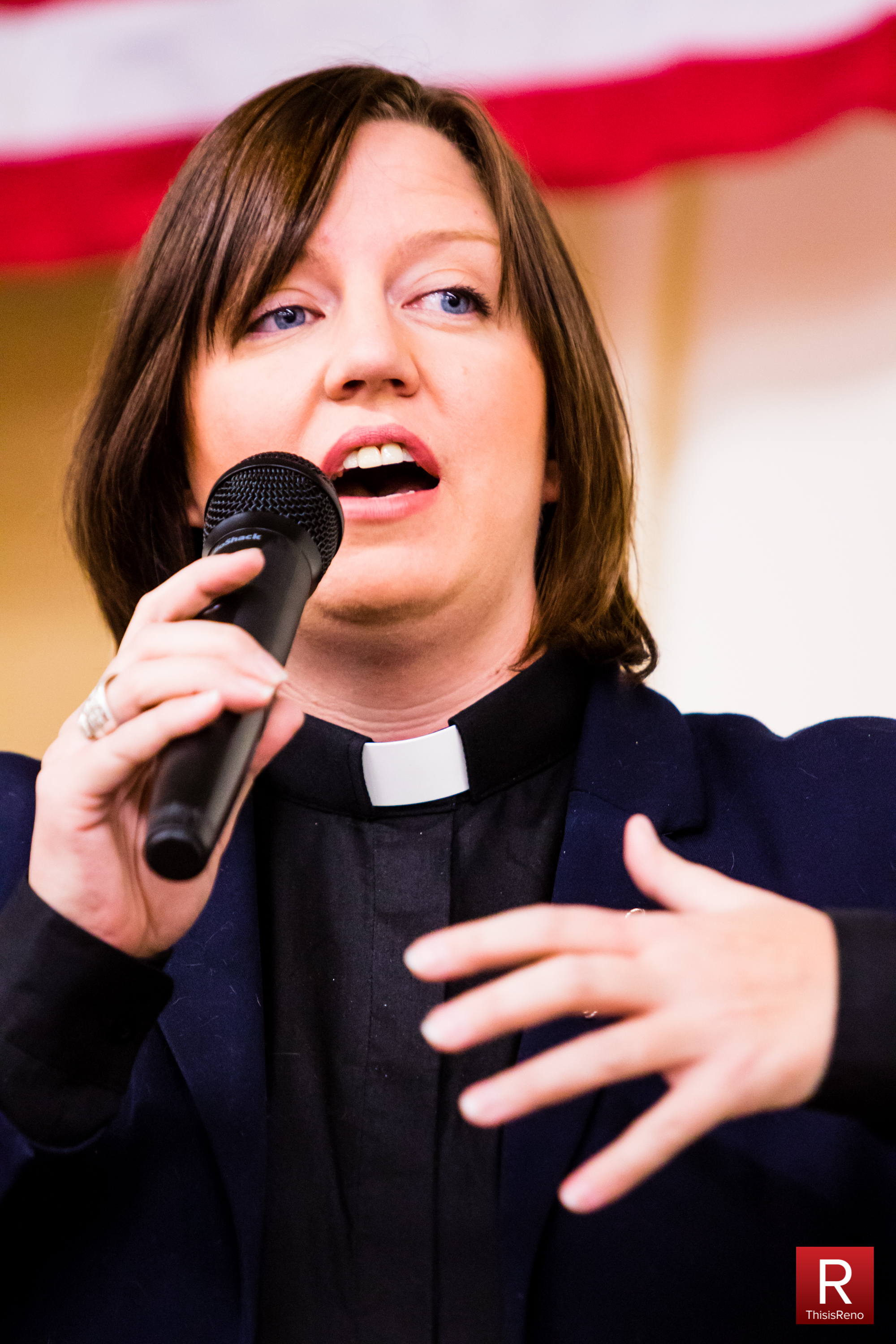 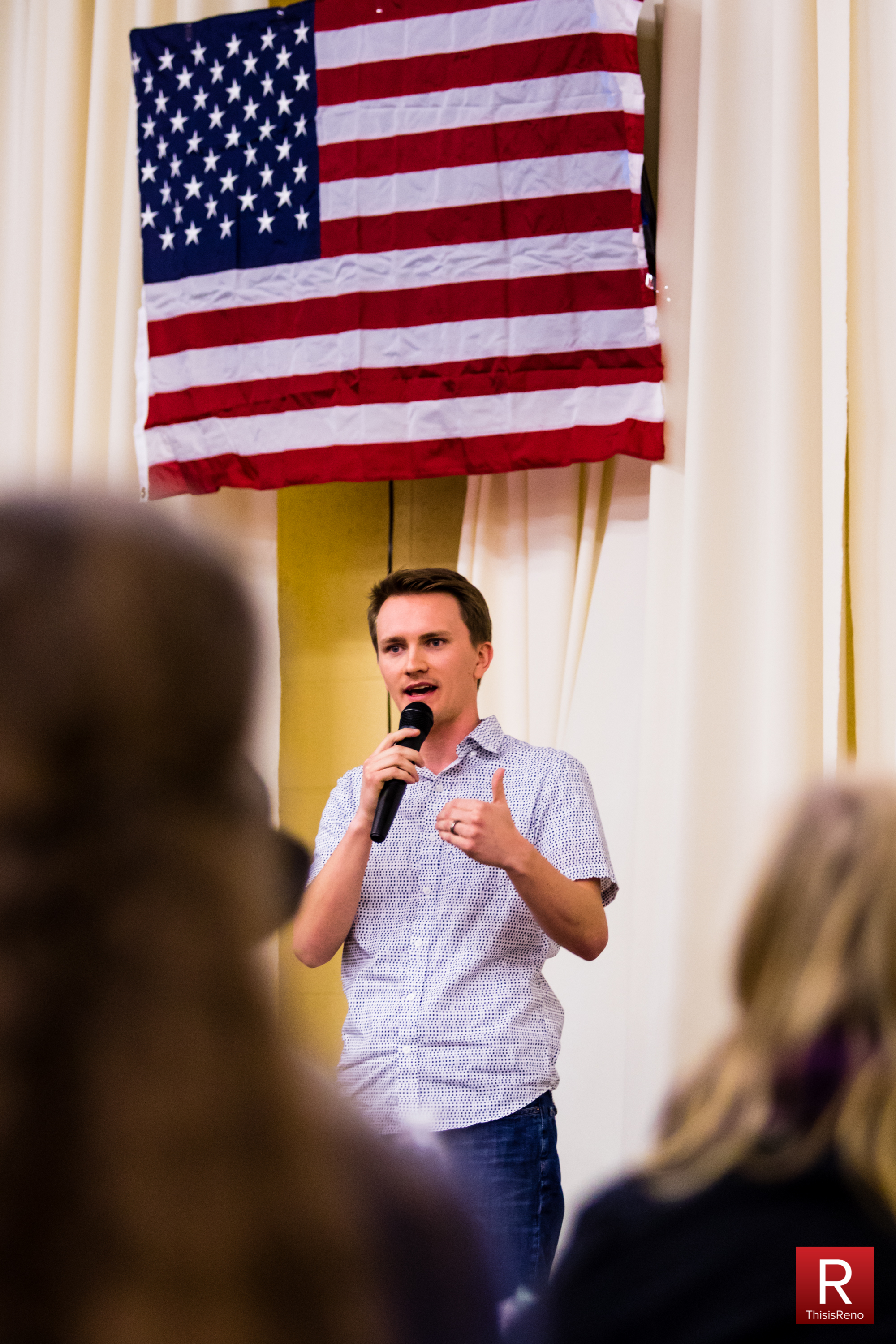 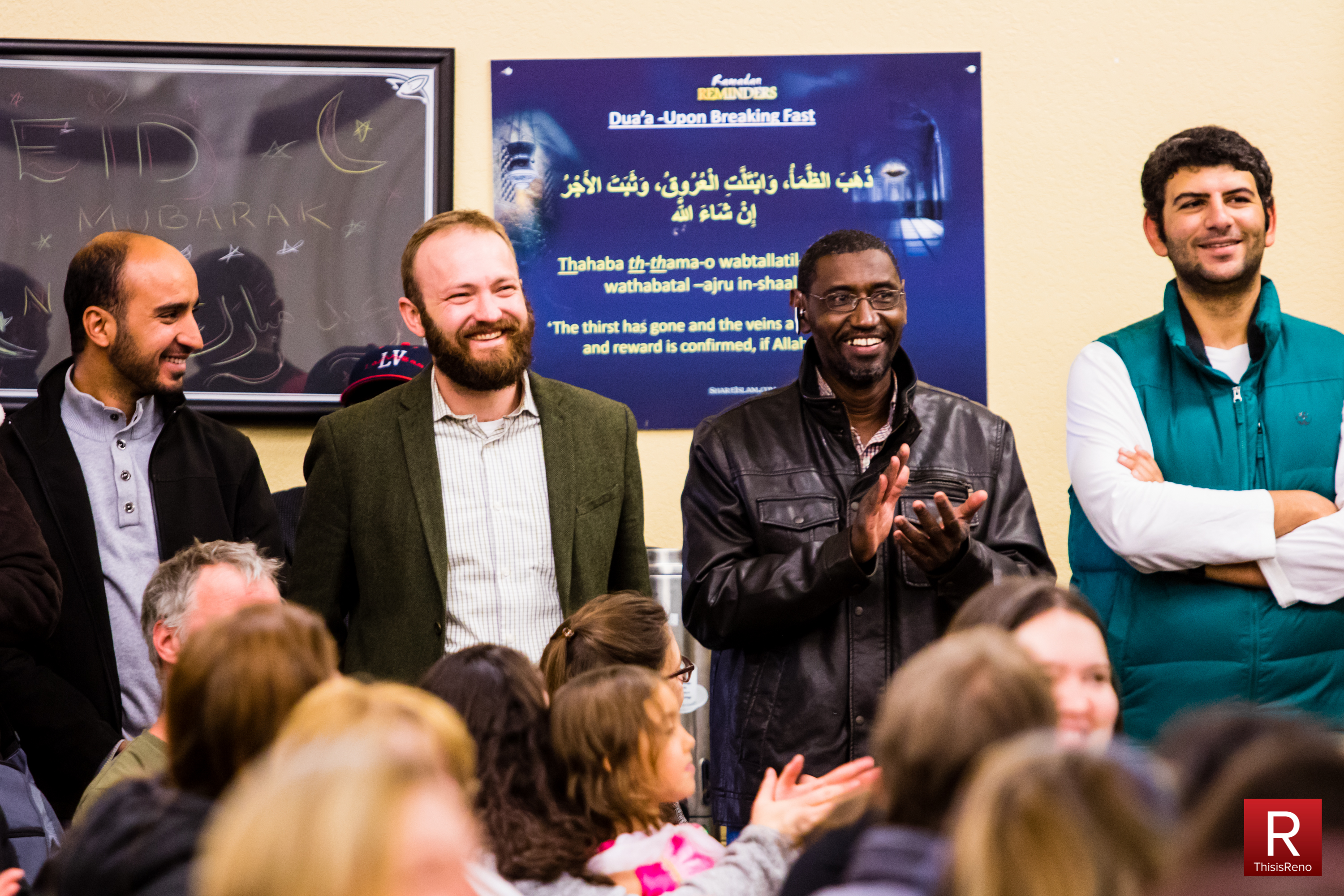 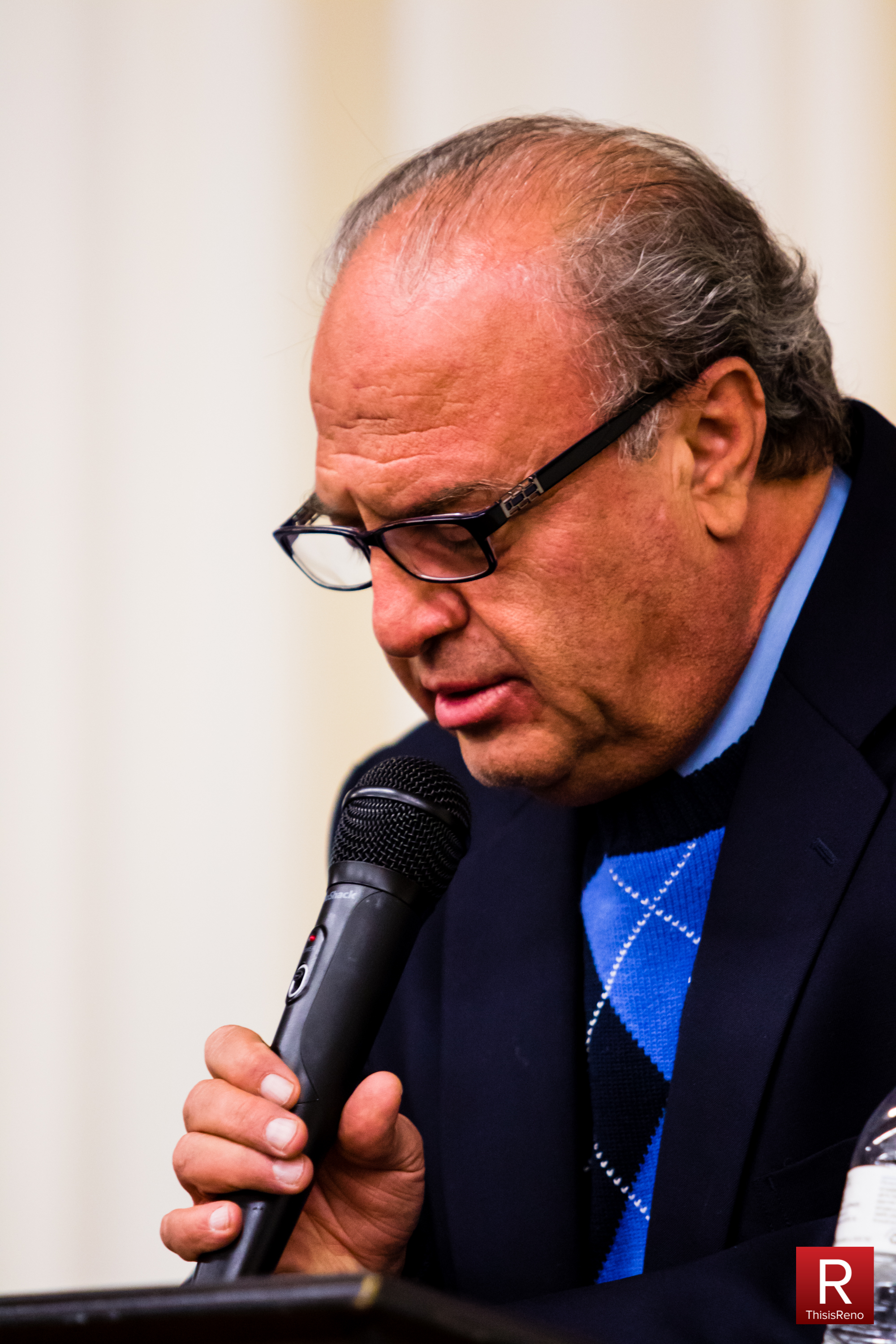 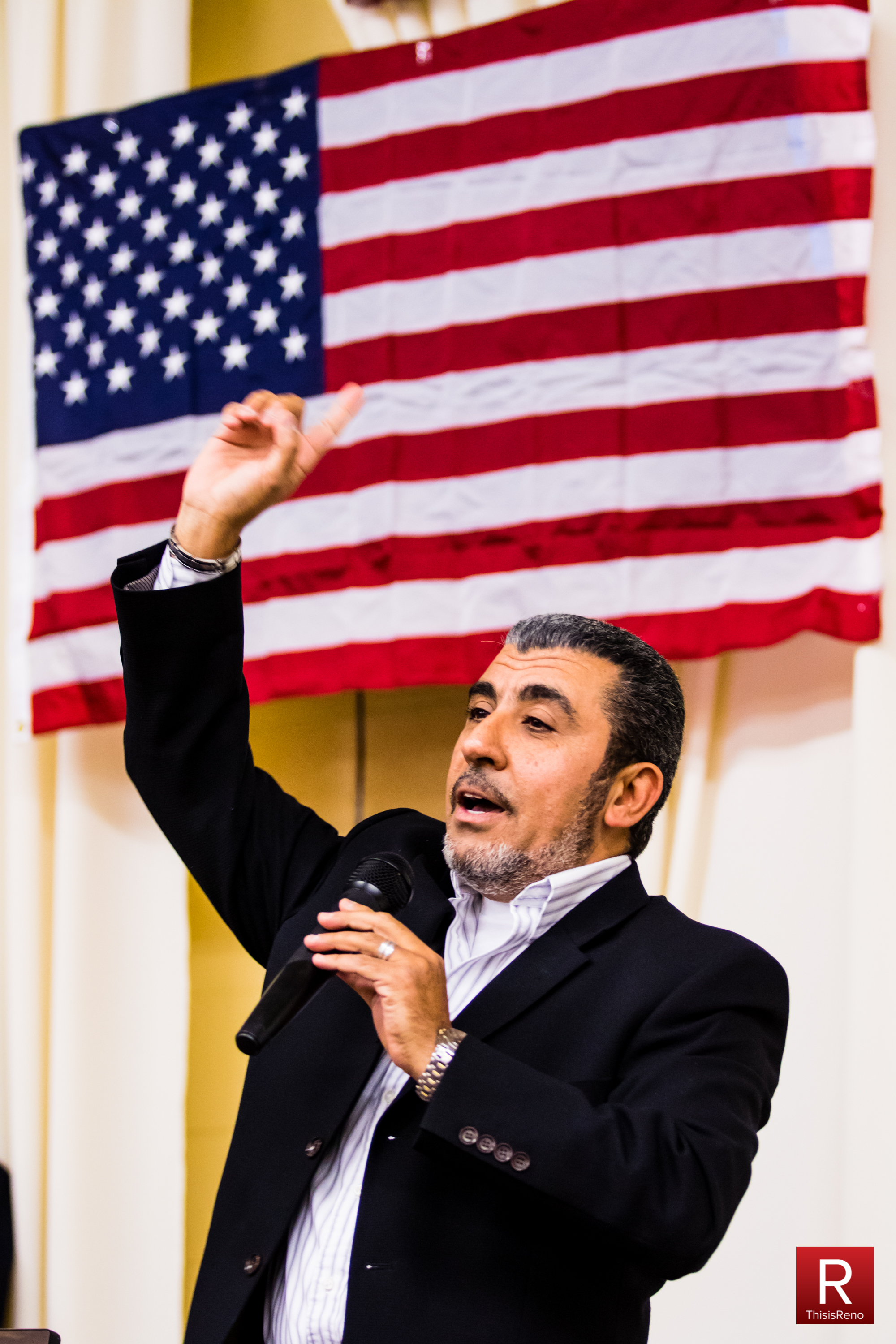 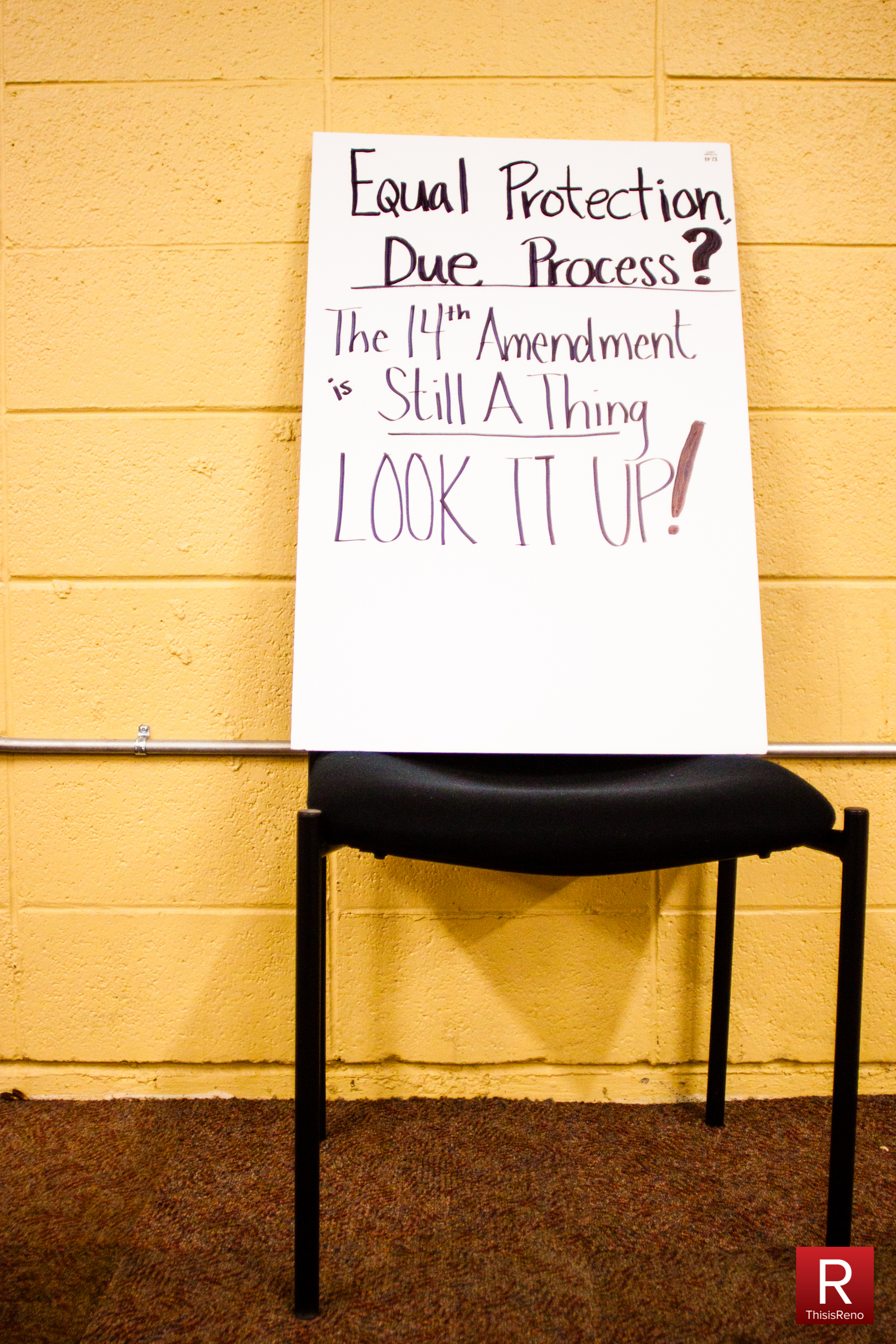 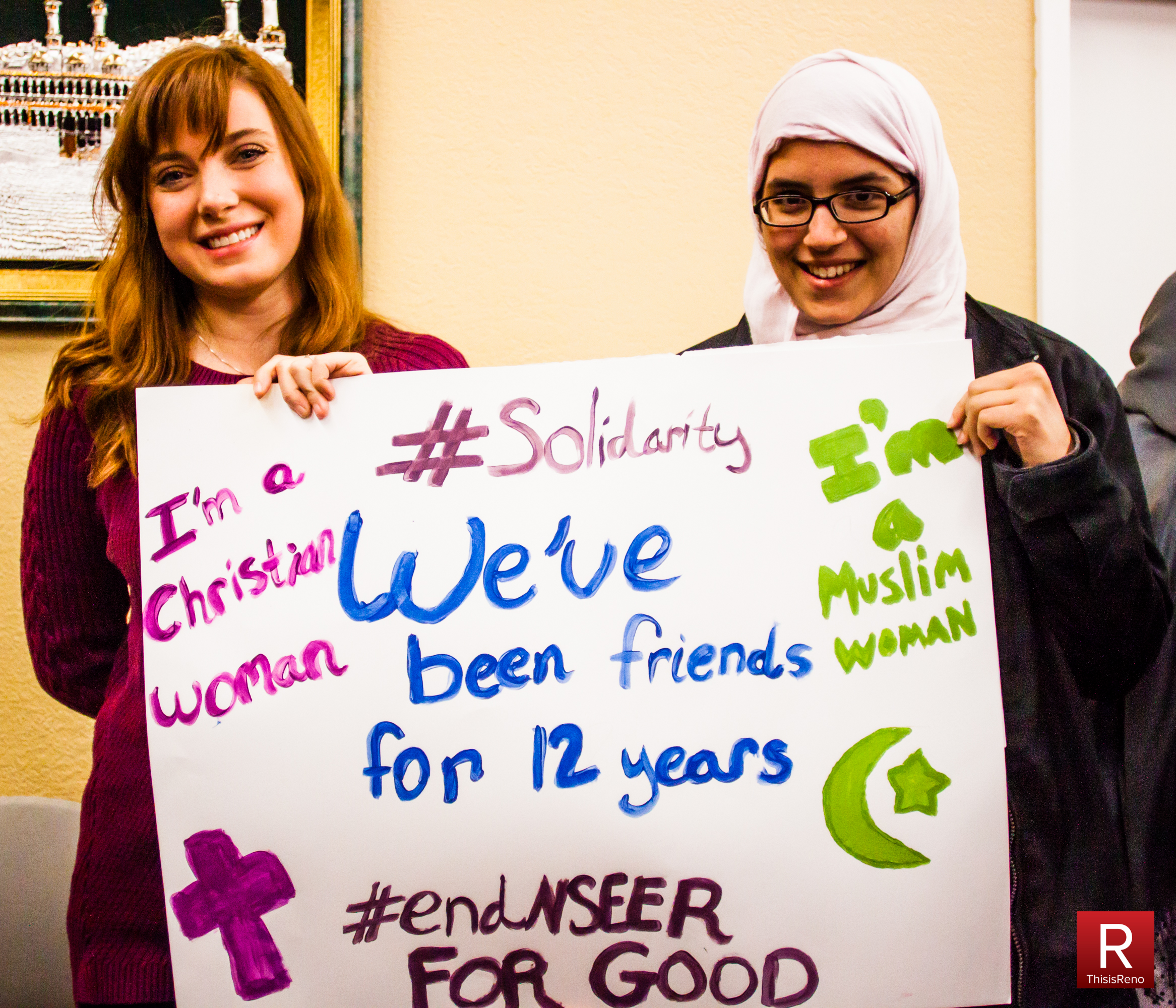 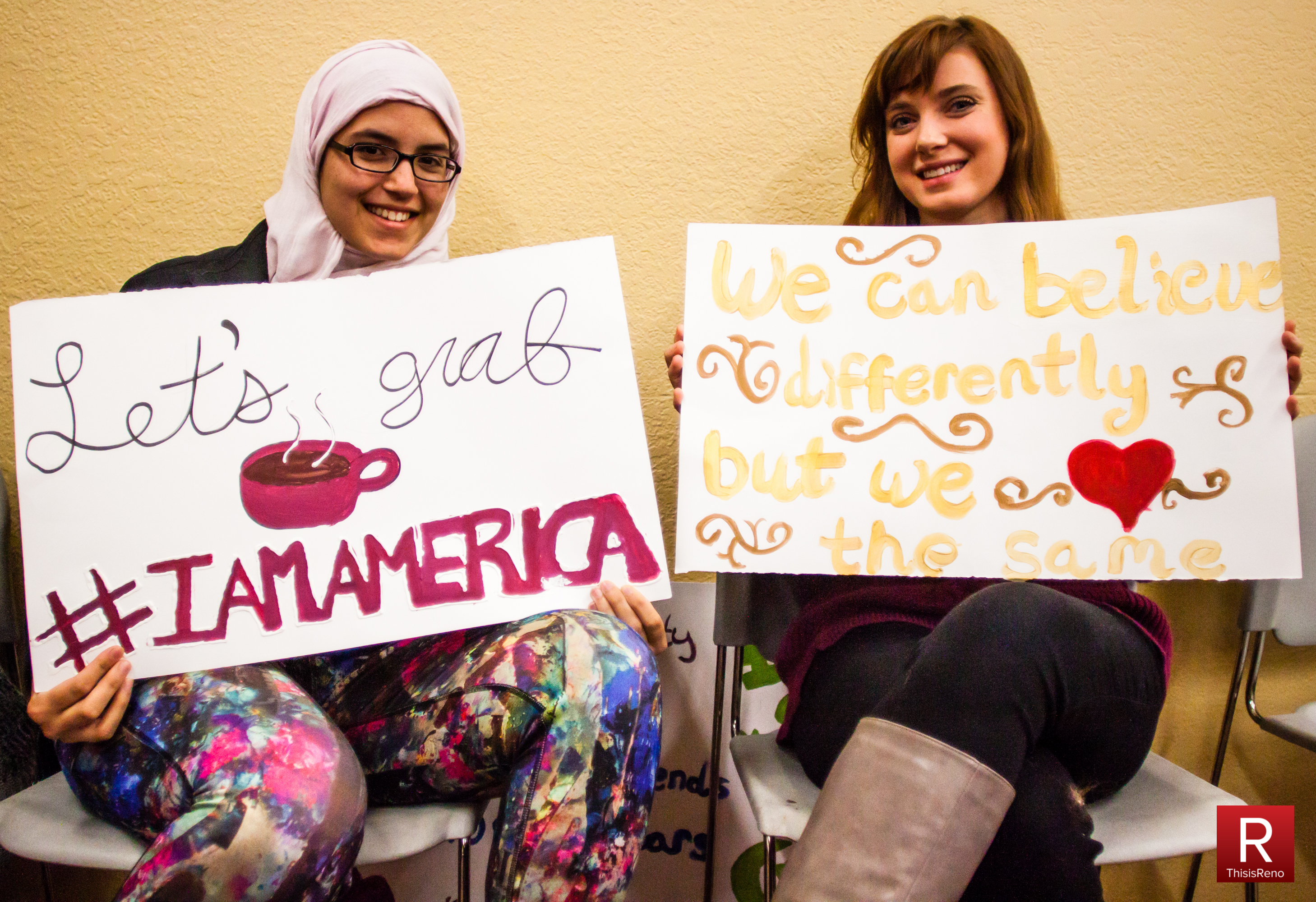 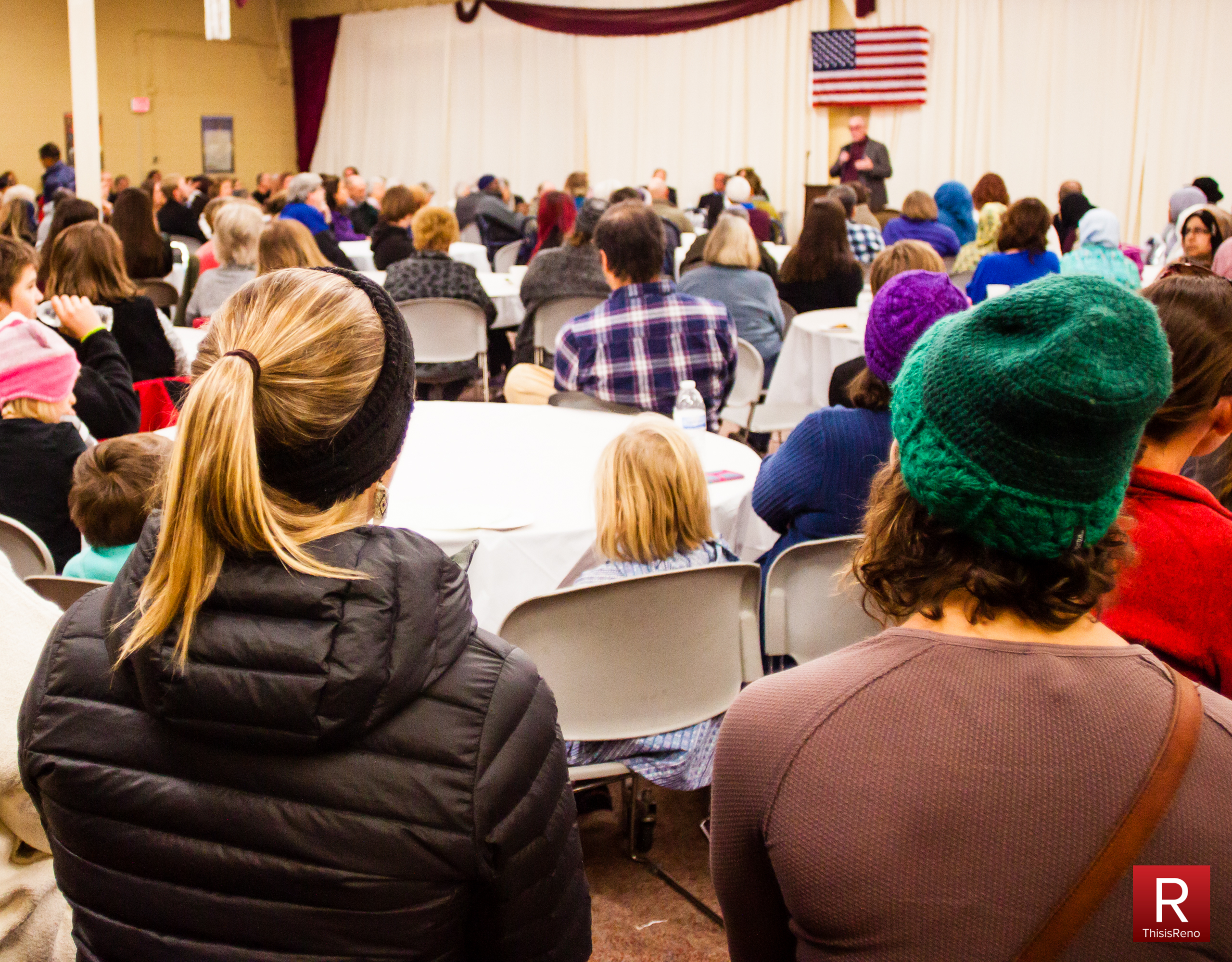 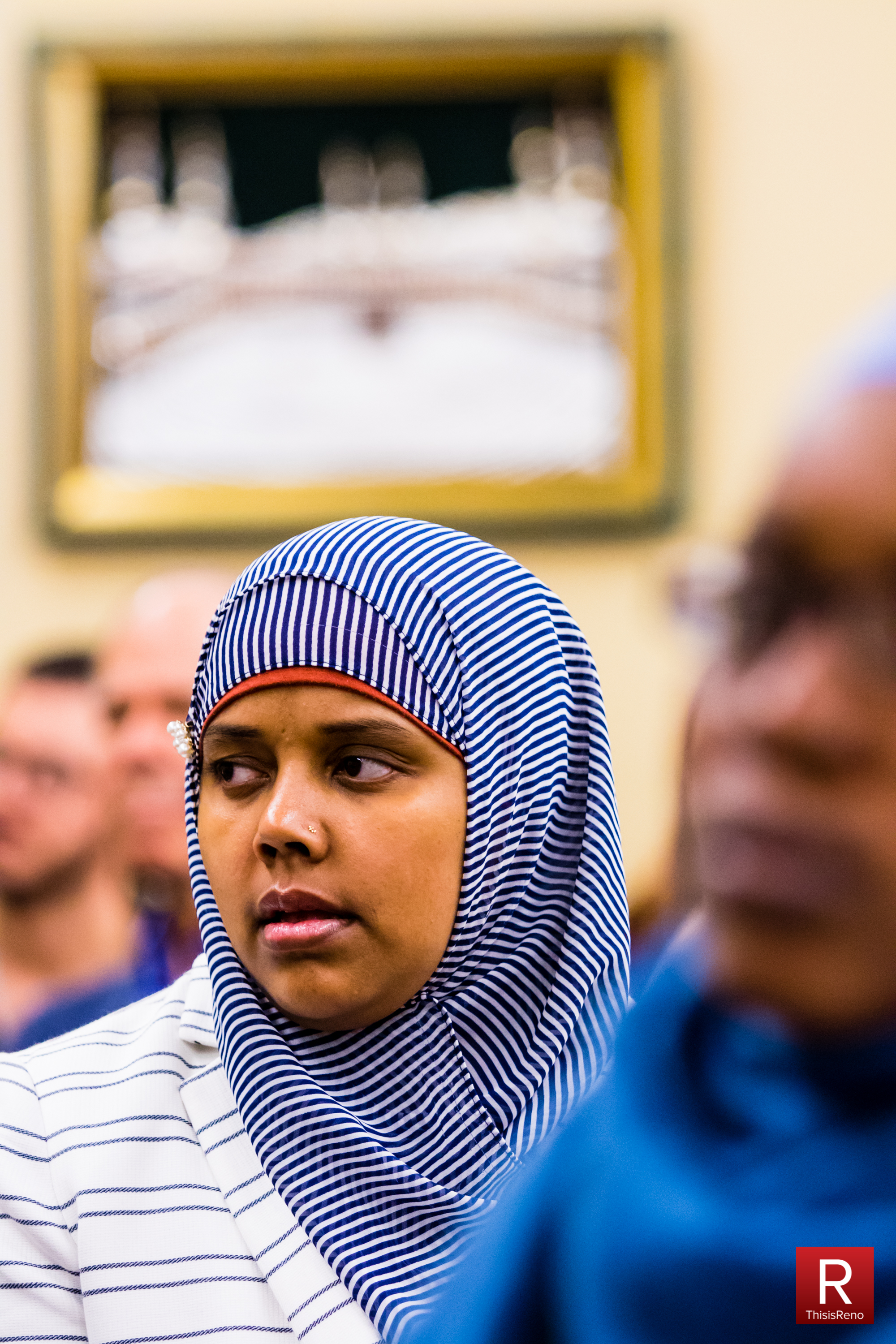 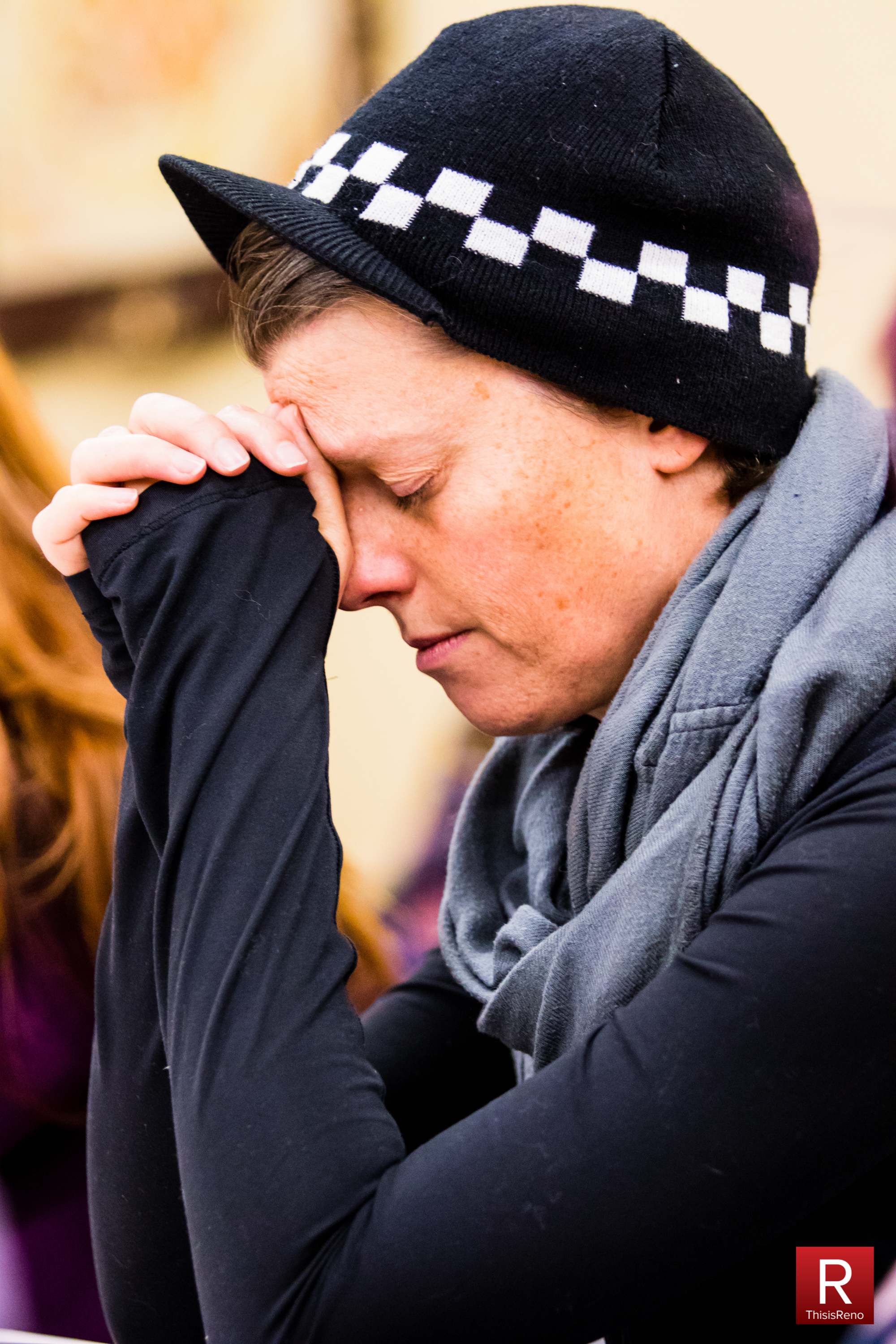 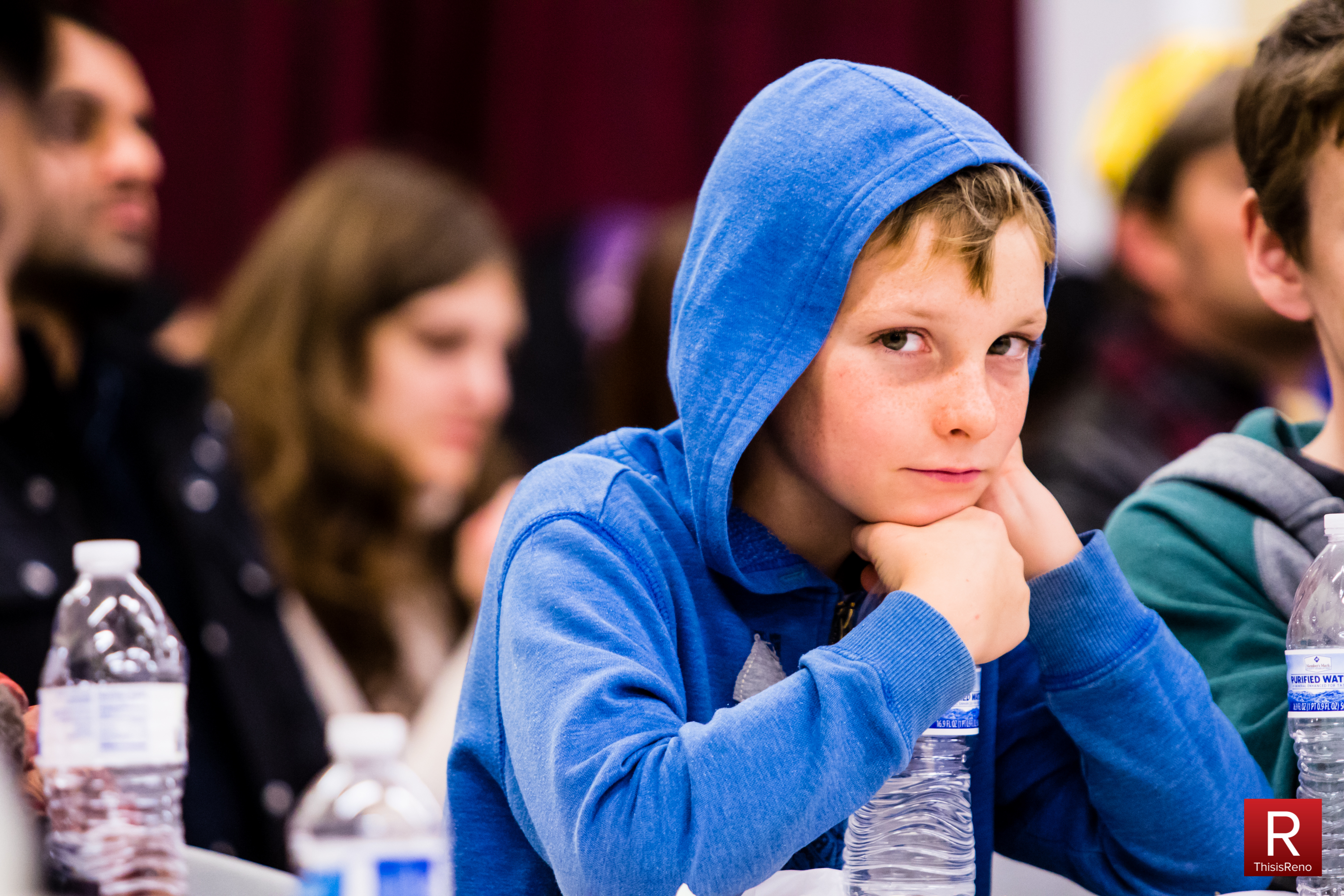 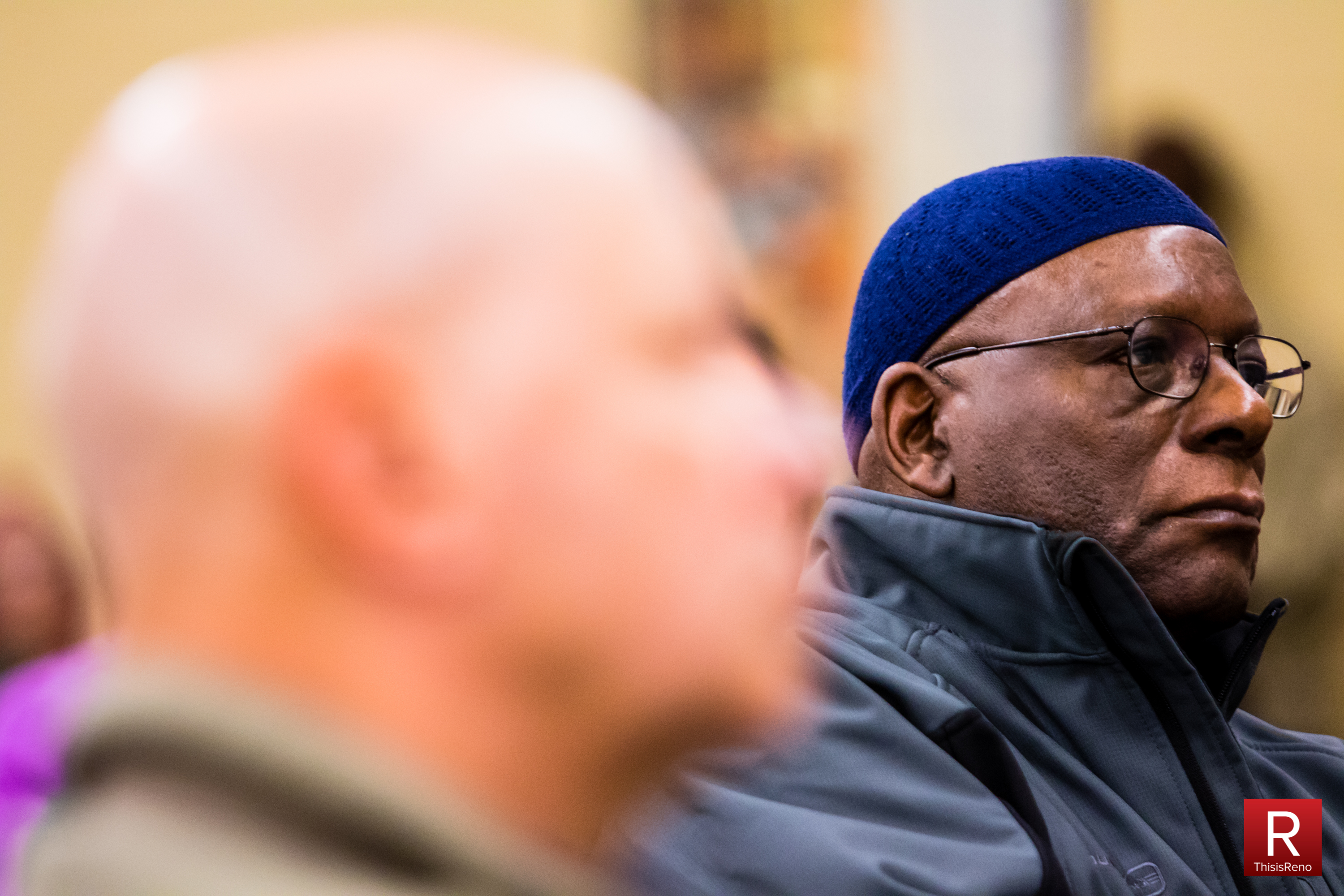 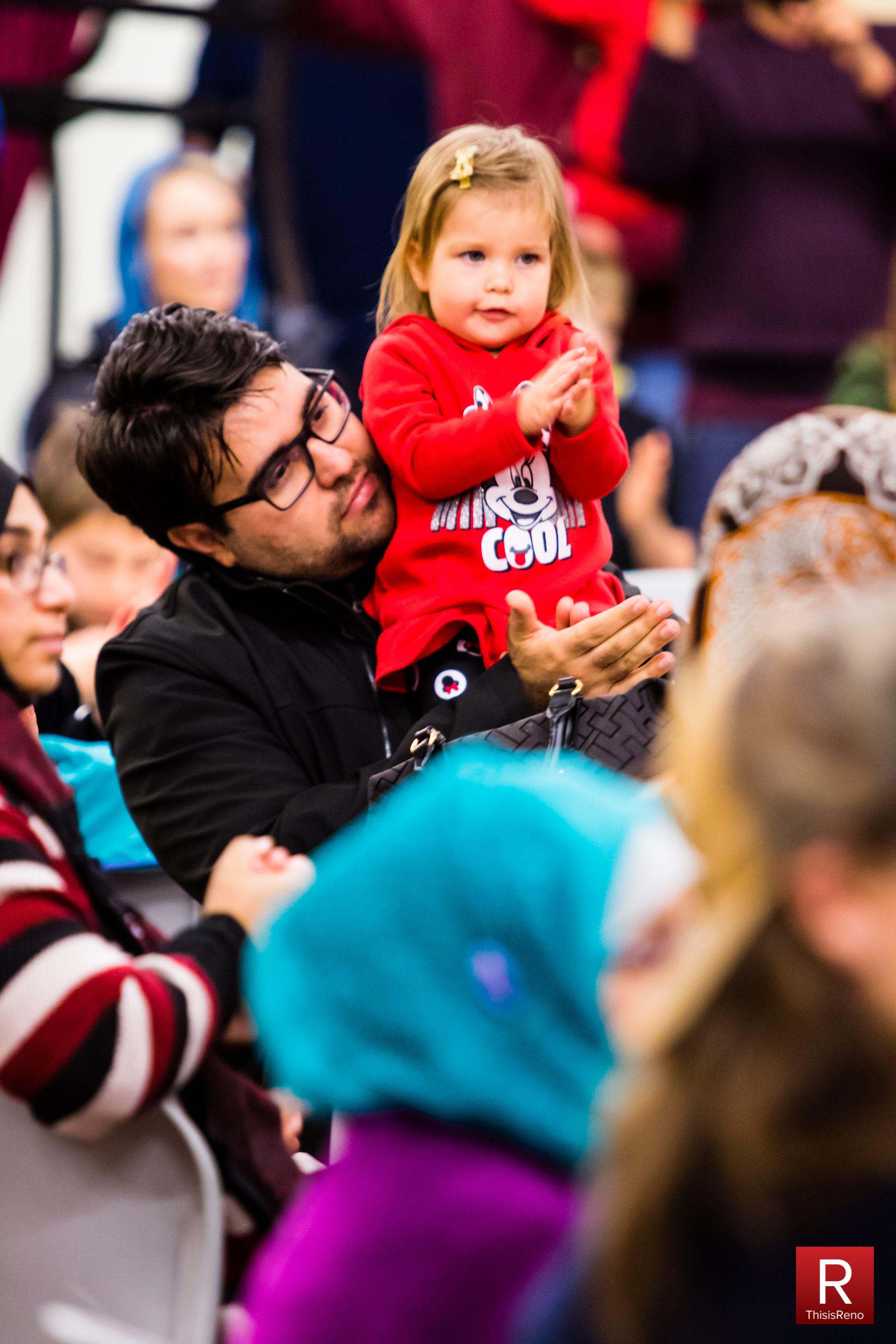 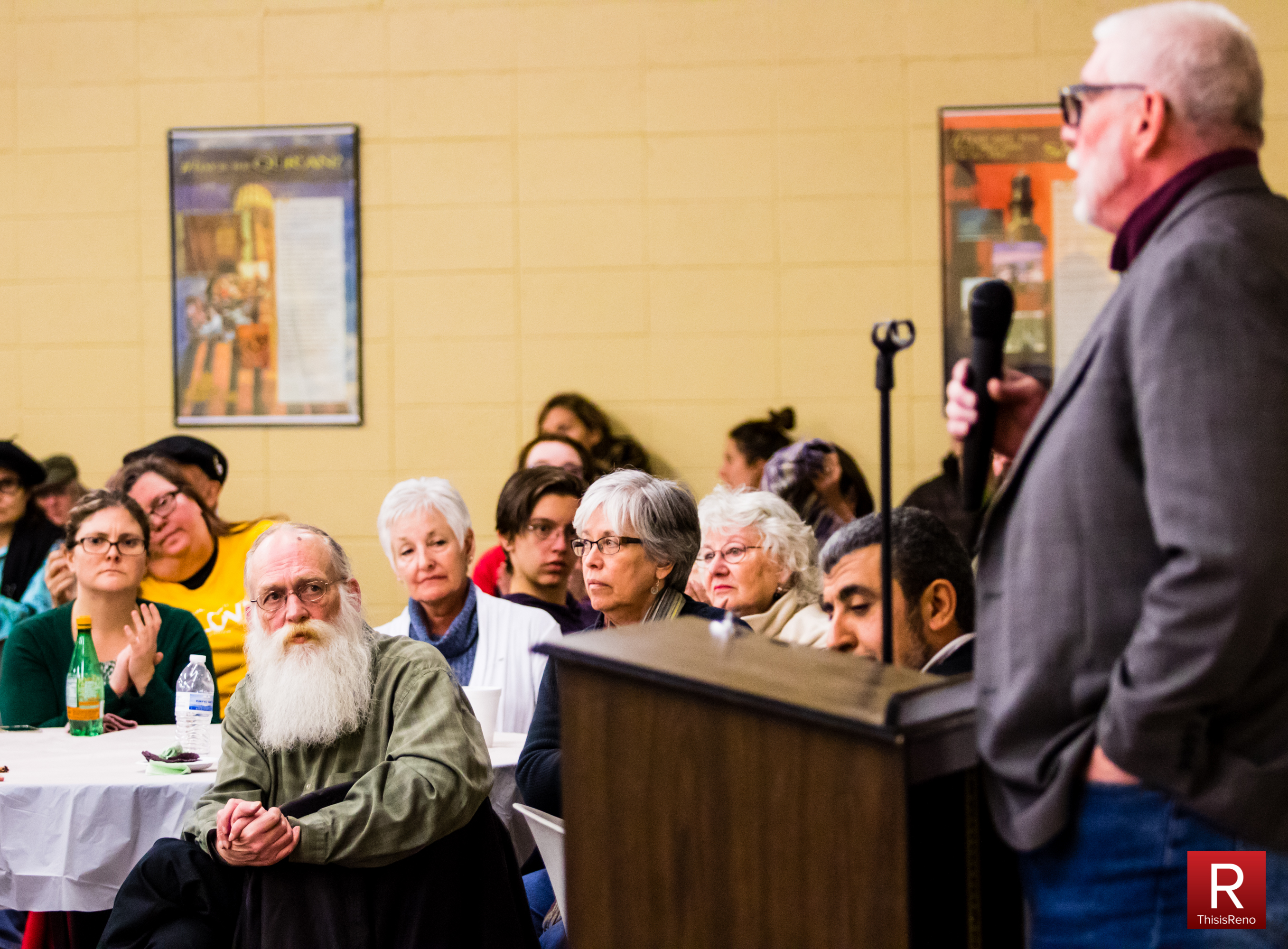 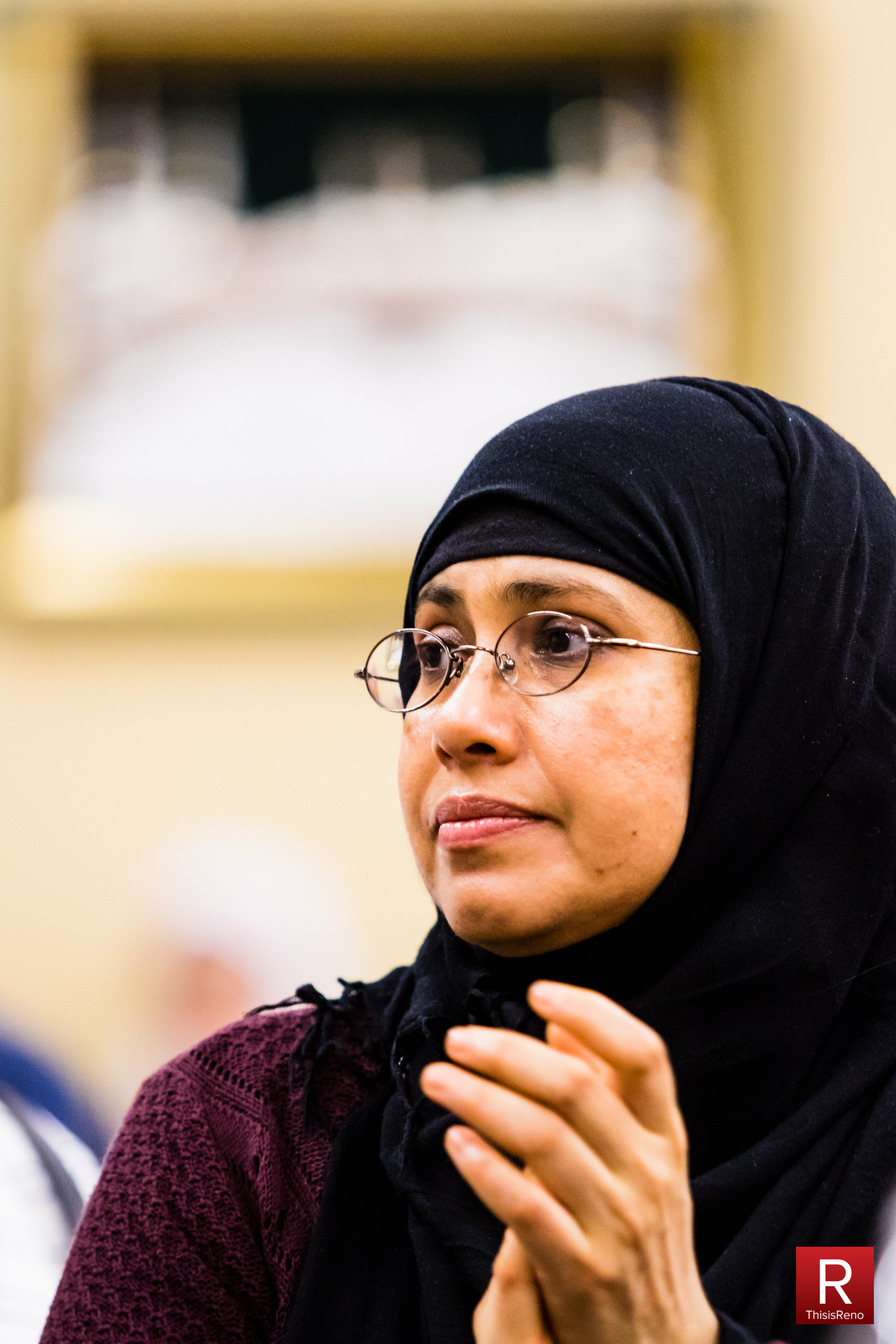 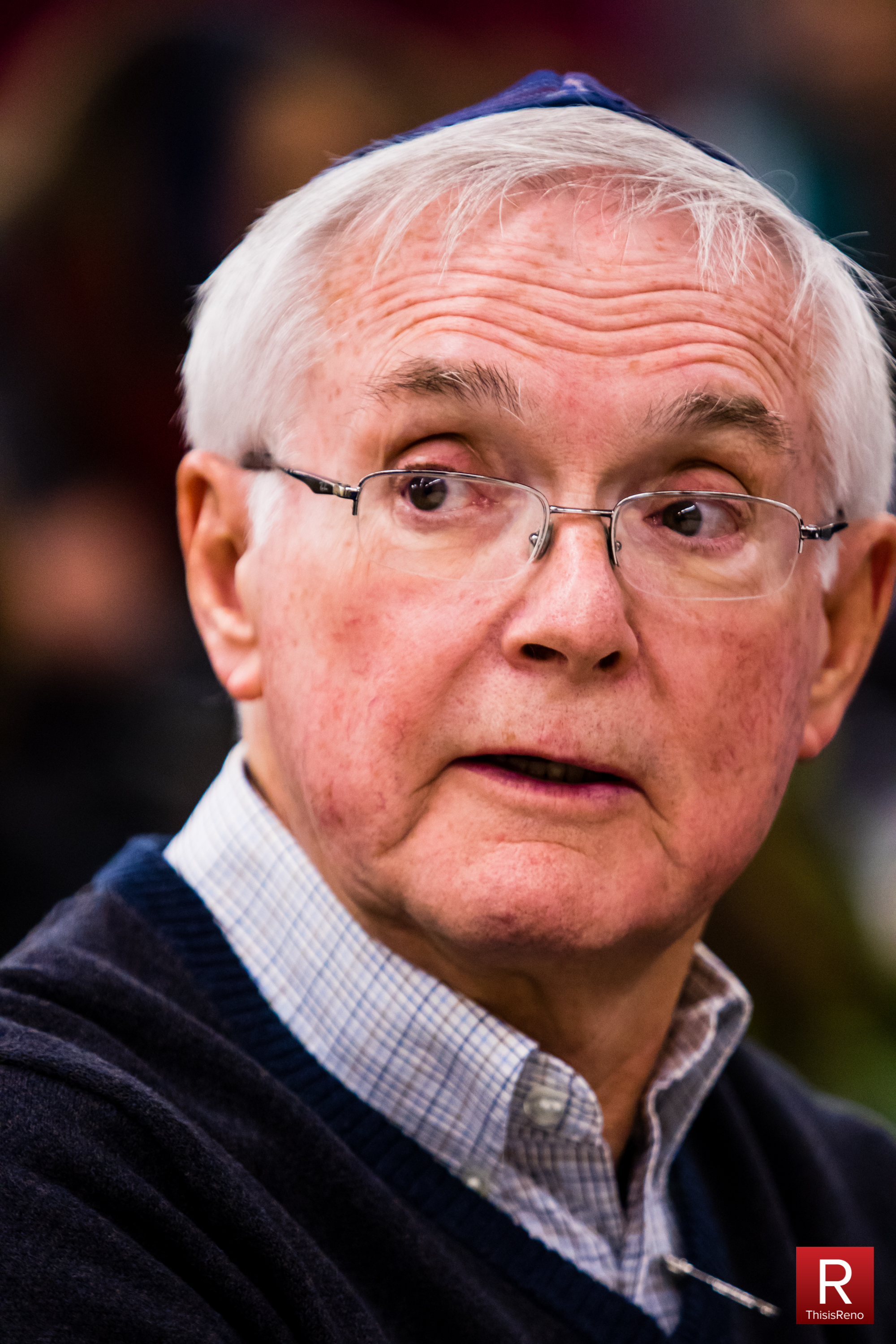 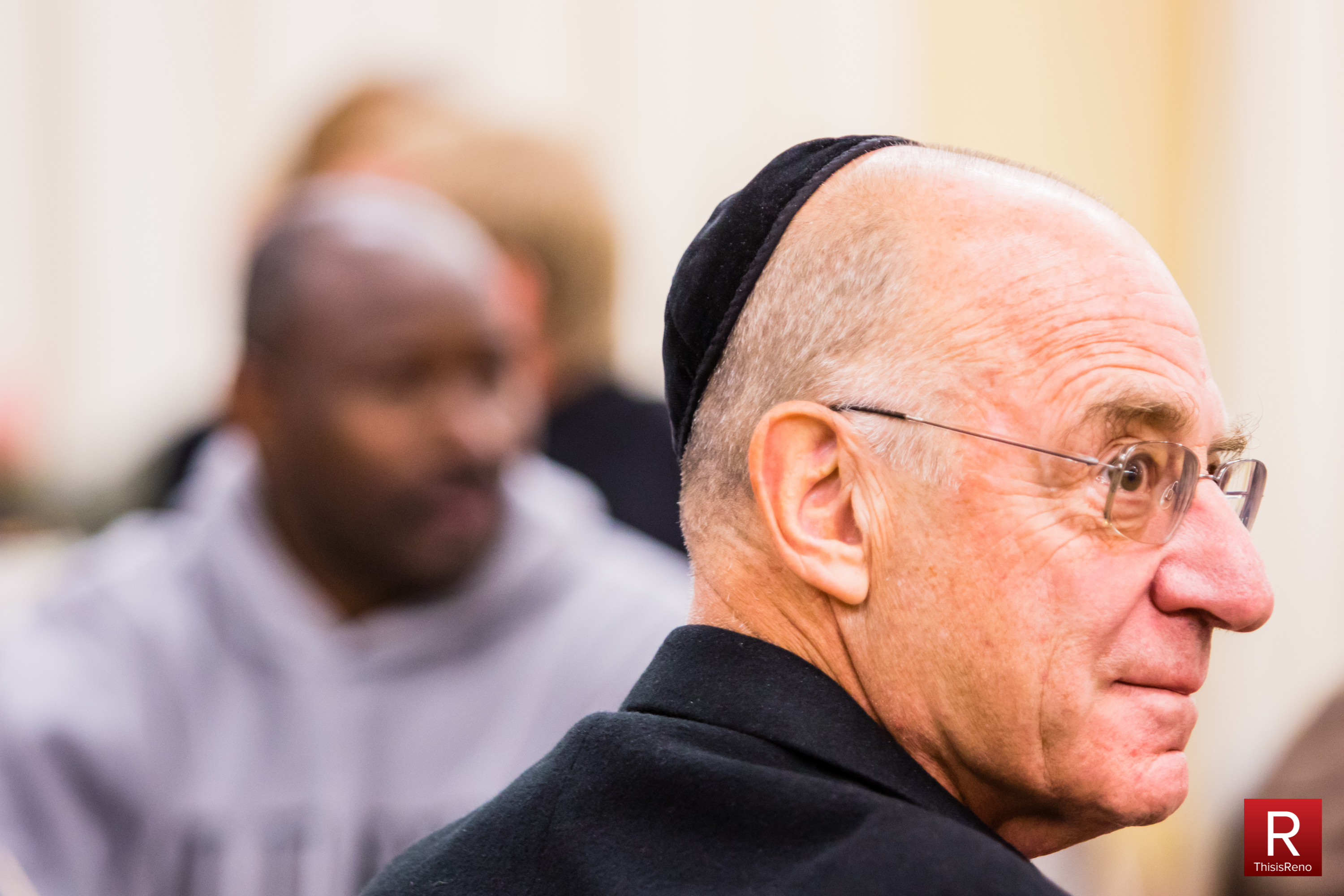