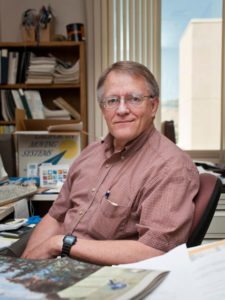 A memorial service for Dr. Kelly Redmond will be held on Friday, January 13, 2017 at 2:00 p.m. at Truckee Meadows Community College in Reno, Nevada.[CLICK HERE] to RSVP.

Reno has lost one of its big brains.

“Kelly was one of those special people who was not only a first rate scientist, but felt the responsibility to communicate the science to people of all walks of life. This was a deep held passion of his, and what made him such an extraordinary person,” said Dr. Robert Gagosian, DRI acting president. “He will be sorely missed.”

Redmond’s research showed that drought is linked to climate change and wildfires in the West. He was deputy director of the Western Regional Climate Center (WRCC) and had more than three decades disseminating climate data and information to the public.

Clear communication of climate data and information to both expert and lay audiences was central to his mission day in and day out. He worked tirelessly to develop tools and services that could support everyone, from kindergarten teachers to research scientists, in utilizing climate data. Through his efforts, he established WRCC as a valued broker of climate information for the West, providing data and services with integrity and transparency.” 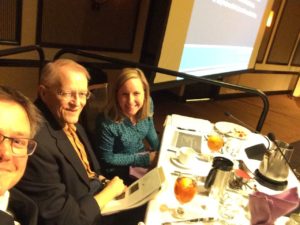 I was honored to be a presenter on a panel with Dr. Redmond and Heidi Parker, executive director of Immunize Nevada. We were asked to discuss communicating about issues validated by science but often misunderstood by the public.

Redmond spoke on climate change, I spoke about agriculture and GMOs, and Parker weighed in on communicating about vaccines and vaccinations. The hosting group, the Sierra Nevada Chapter of the Public Relations Society of America, was an inquisitive and incredibly respectful audience, posing excellent questions.

It was an honor to briefly get to know Dr. Redmond and to interview him on our podcast. Please take a few minutes to listen below.

His cause of death was not announced.

Wildfire smoke more dangerous than other air pollutants for asthma...