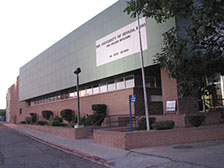 The developer of the much-anticipated downtown West 2nd District is seeking approval from the Nevada System of Higher Education to purchase downtown property currently owned and operated by the University of Nevada, Reno (UNR).

Secundo Vita LLC and the Don J. Clark Group is offering $7 million for the Nelson Building and its storage structure, 401 W. Second St. Built in 1960, the buildings span three parcels and encompass 1.5 acres. UNR’s Osher Lifelong Learning Institute, Laxalt Auditorium, the physician assistant program and office of continuing medical education, among other things, are housed there.

The Nevada Board of Regents’ Business, Finance and Facilities Committee is scheduled to make a decision on the sale Dec. 1 at its meeting at the University of Nevada, Las Vegas.

“The UNR property constitutes a central part of the plan for the West 2nd District,” Robertson said. “Eventually, the site will largely be a central, tree-lined plaza surrounded by ground floor retail, restaurant and commercial space—several years from now.” 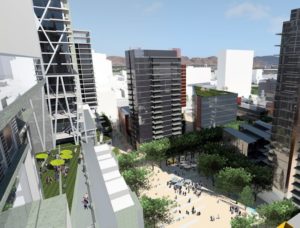 Plans for the 17-acre West 2nd District consist of 2.4 million square feet of sustainable residential space, equating to about 1,900 units. Almost 450,00 square feet of office space, about 245,000 square feet of retail, two non-gaming hotels and 322,000 square feet of common area would also be encompassed.  Additionally, the design contains between 4,000 and 5,000 parking spaces and an on-site wastewater treatment plant and central plant.

The $1.281 billion project would take six to 10 years to complete.  Plans show it abutting the railroad tracks on West Second Street between Washington Street and North Arlington Avenue. Development would also take place along part of West First Street.

UNR is finalizing a relocation program for Nelson Building occupants.