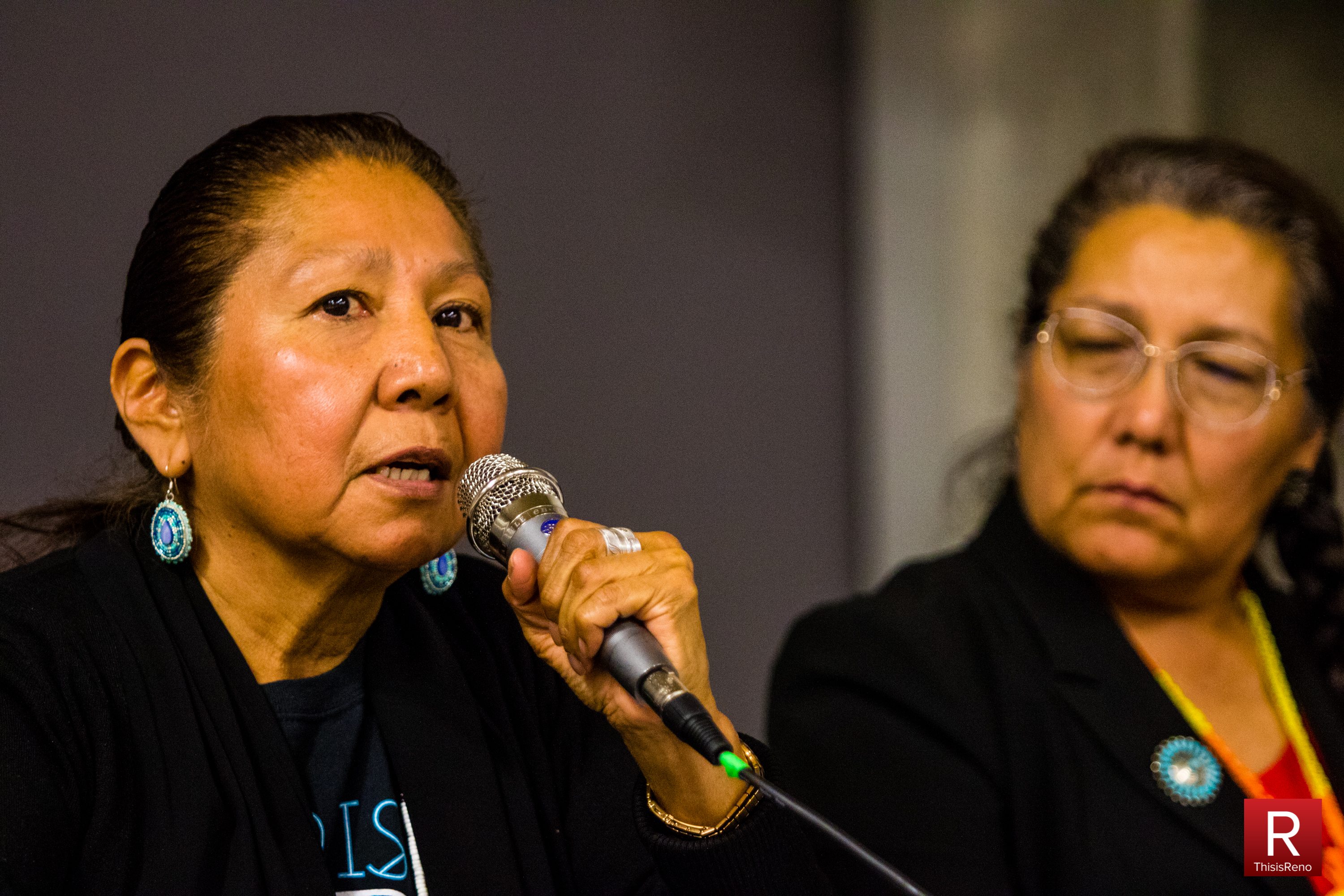 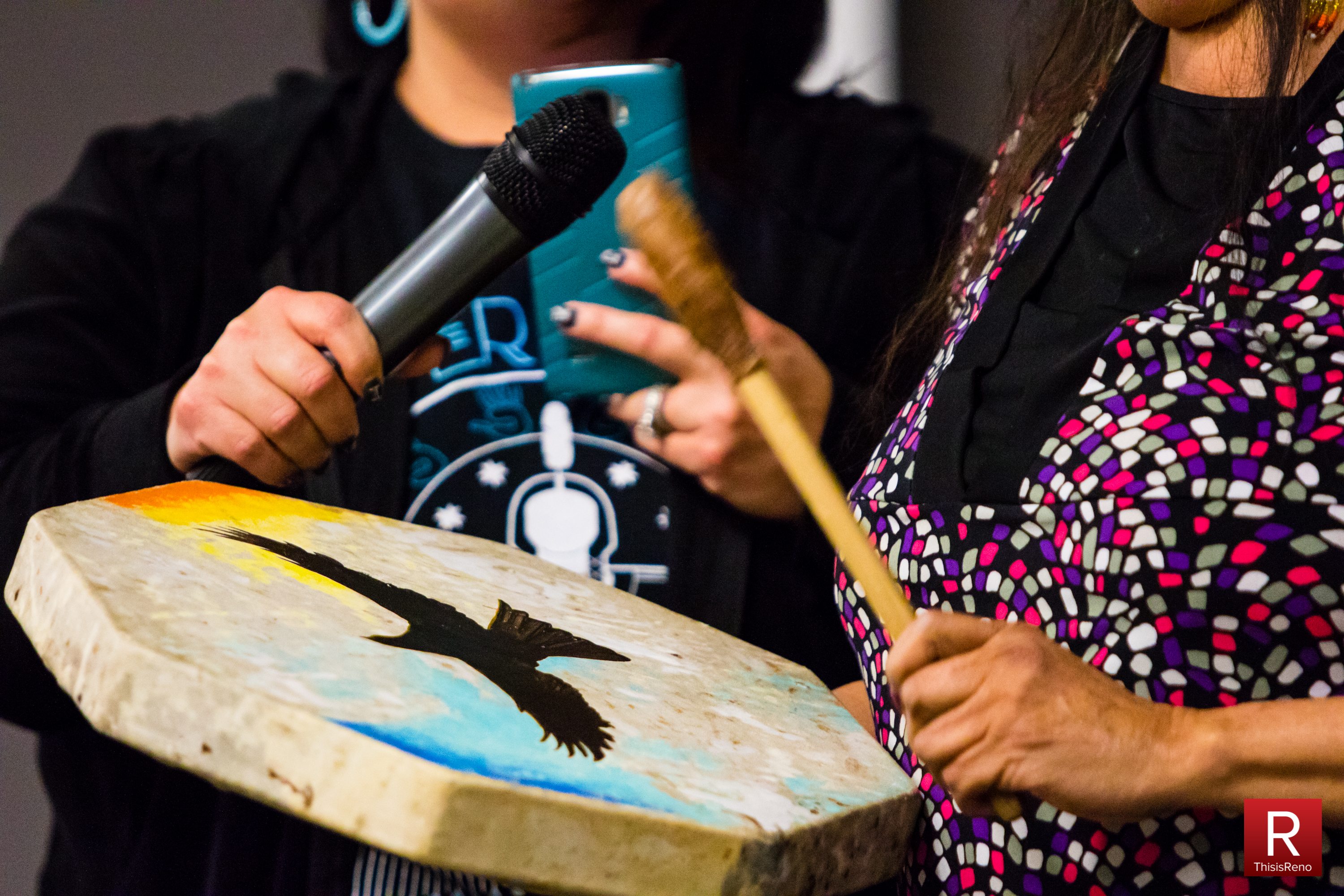 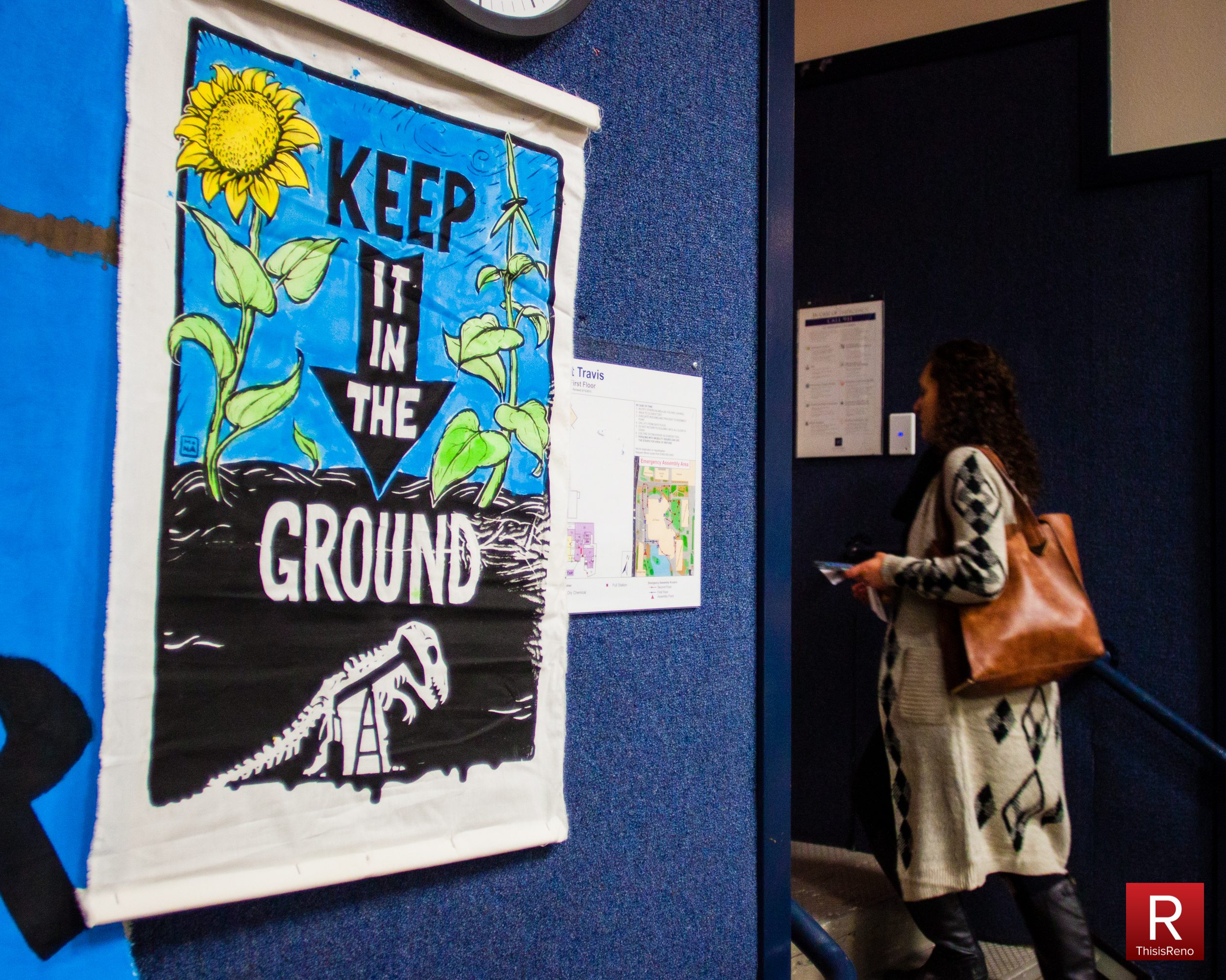 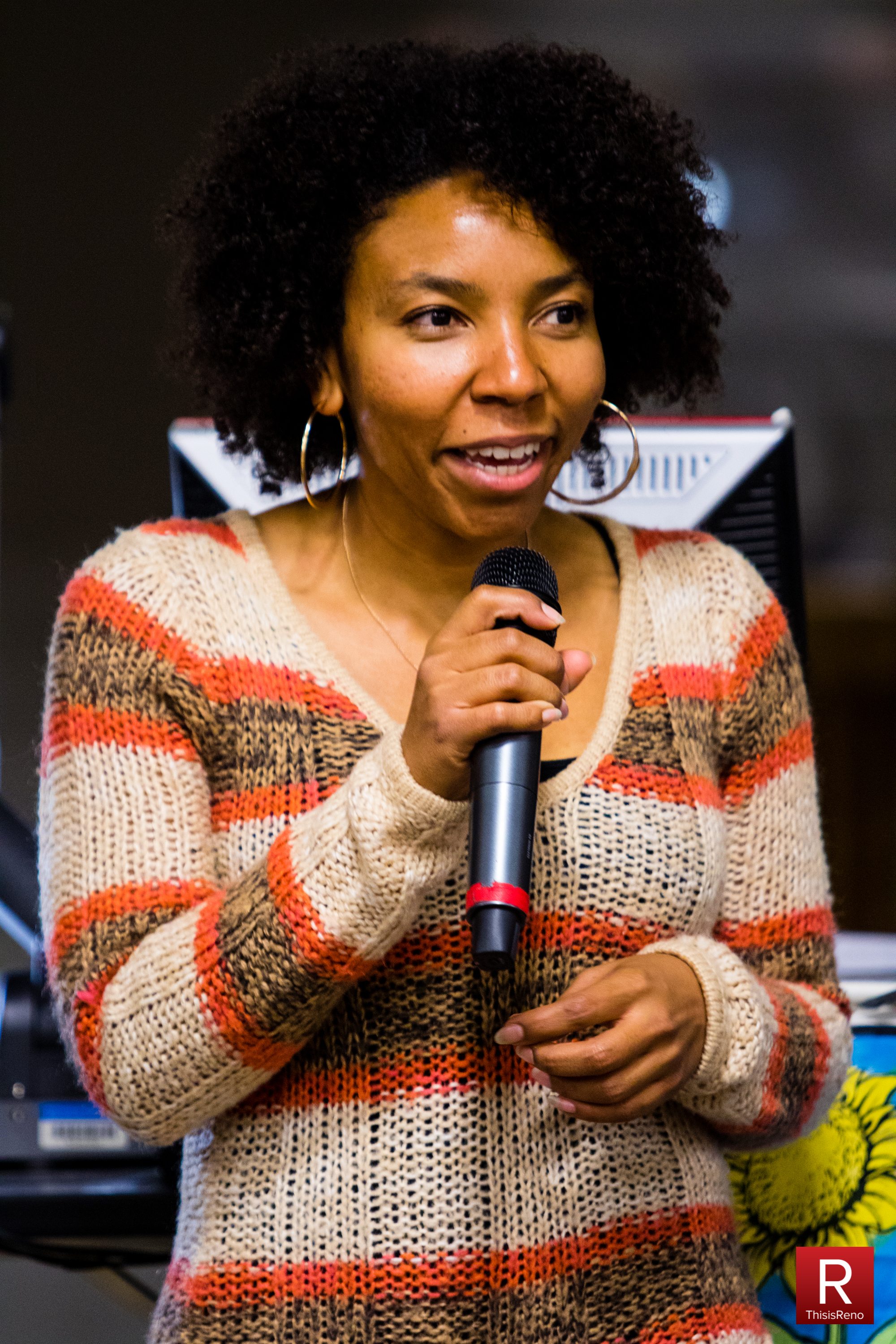 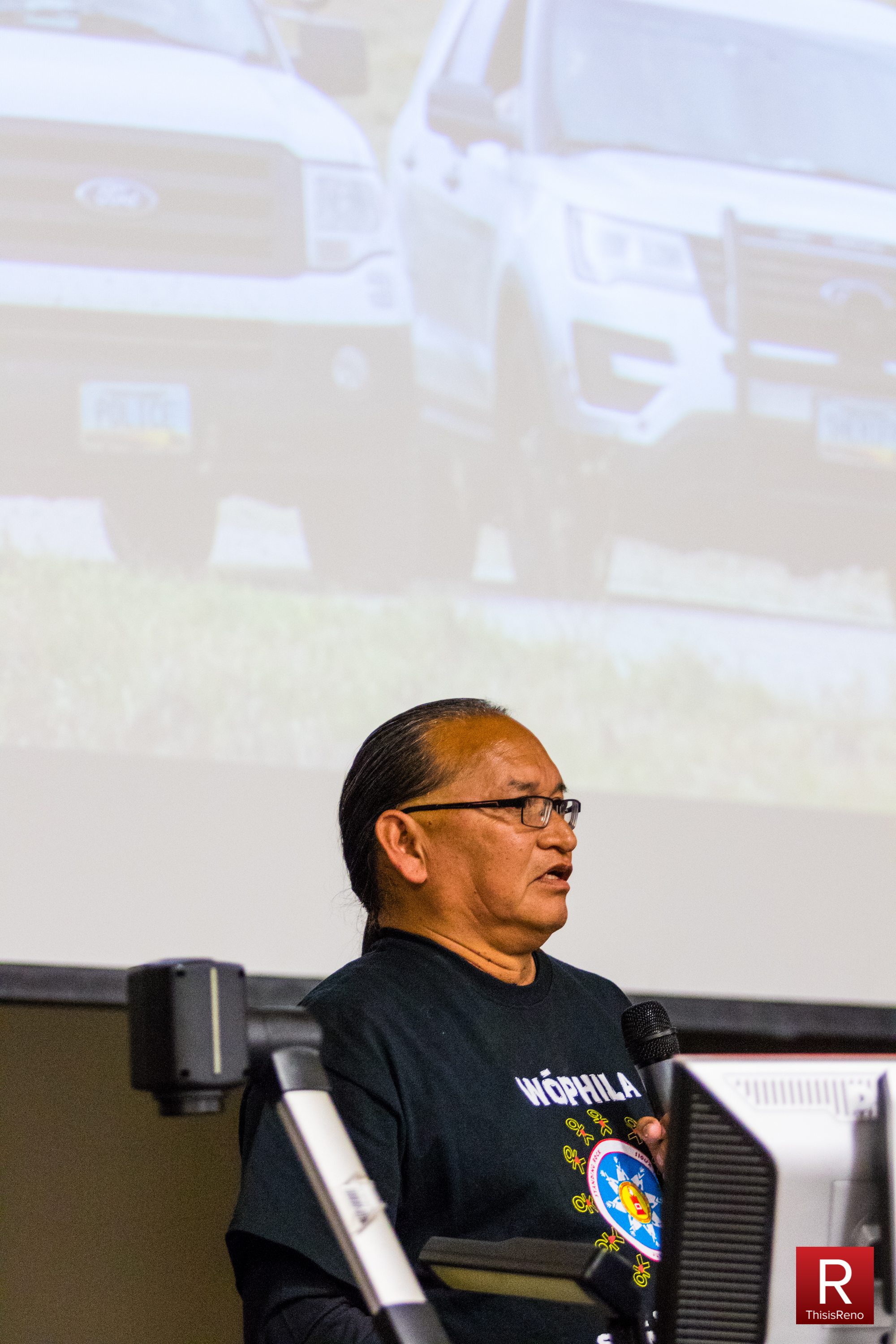 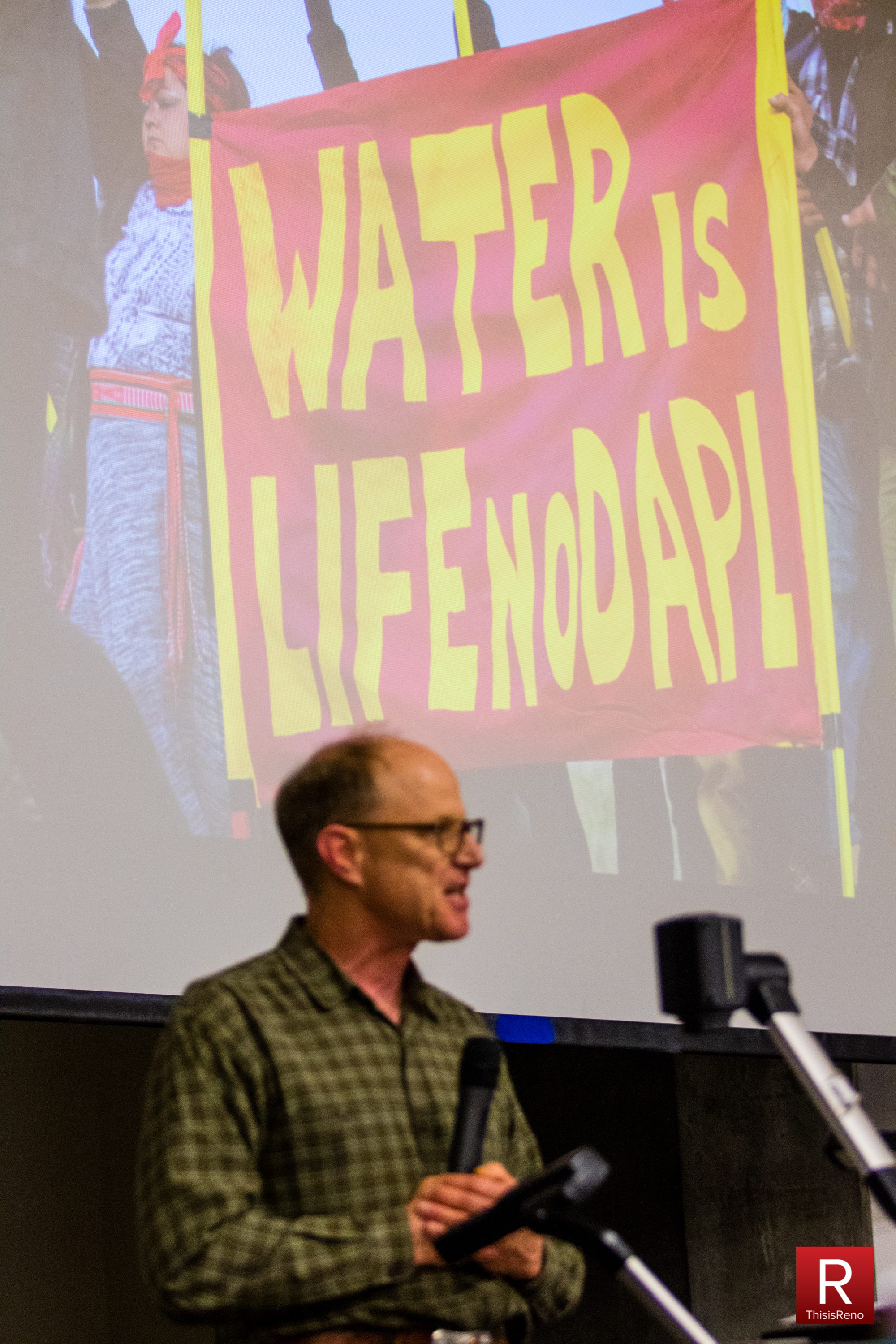 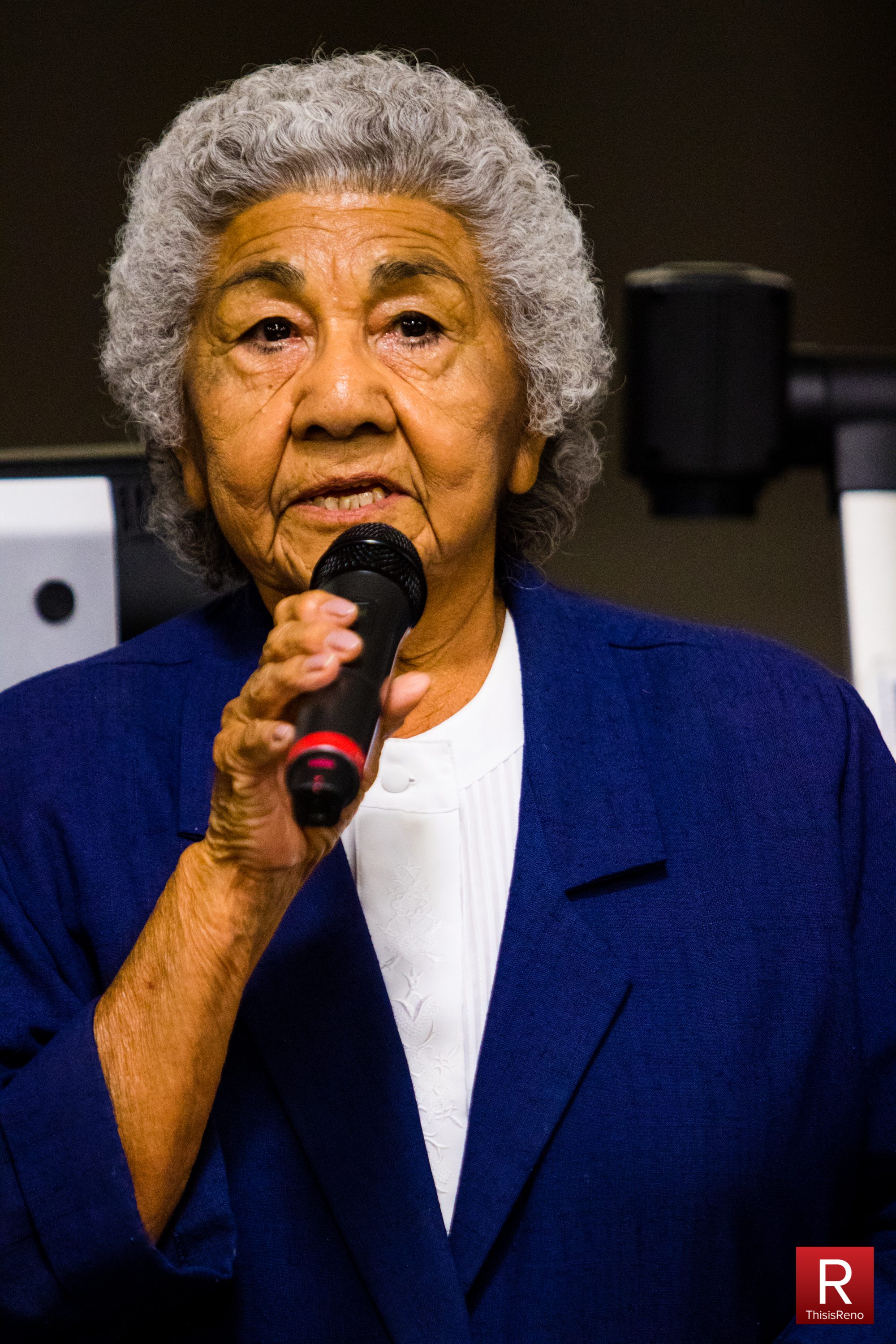 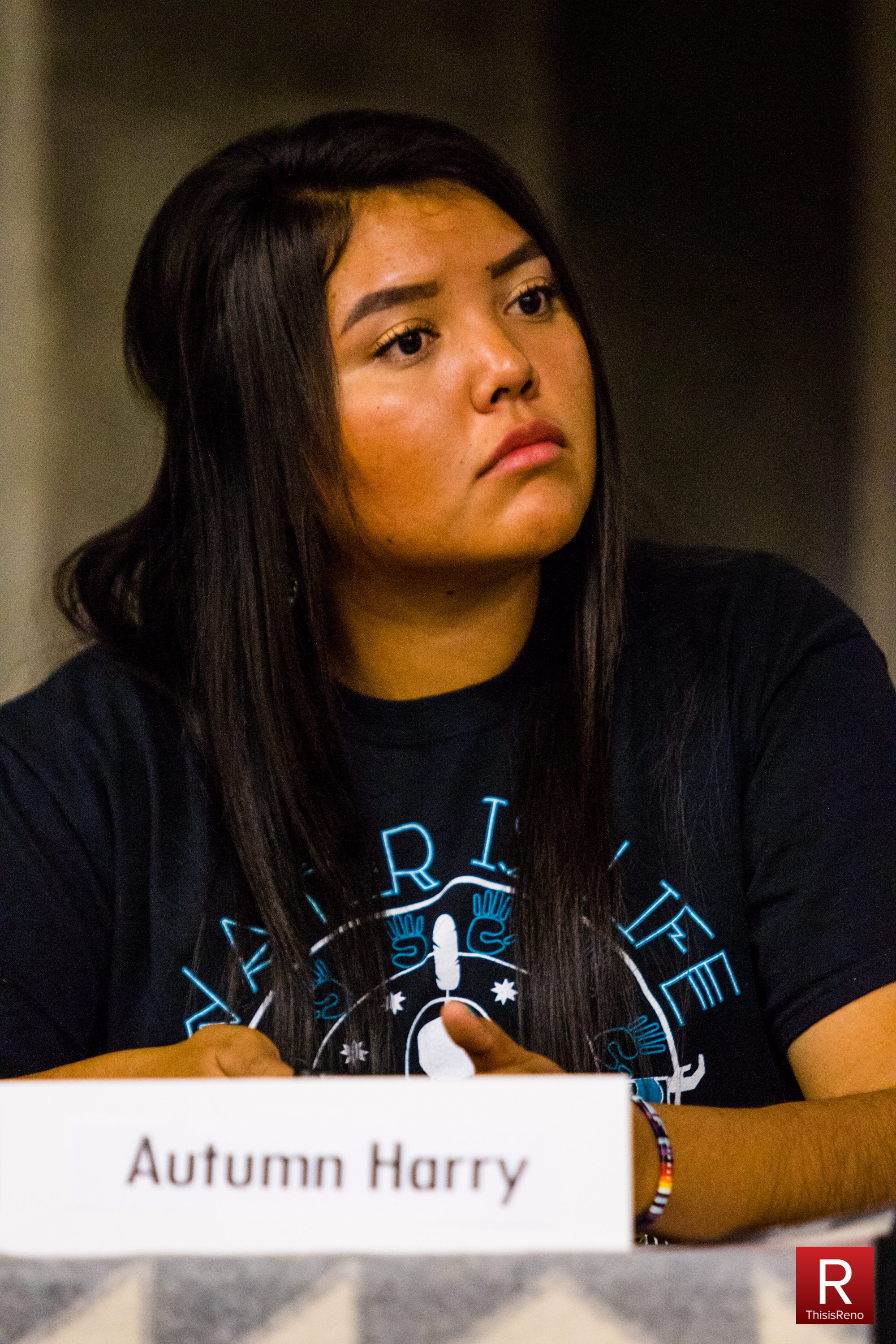 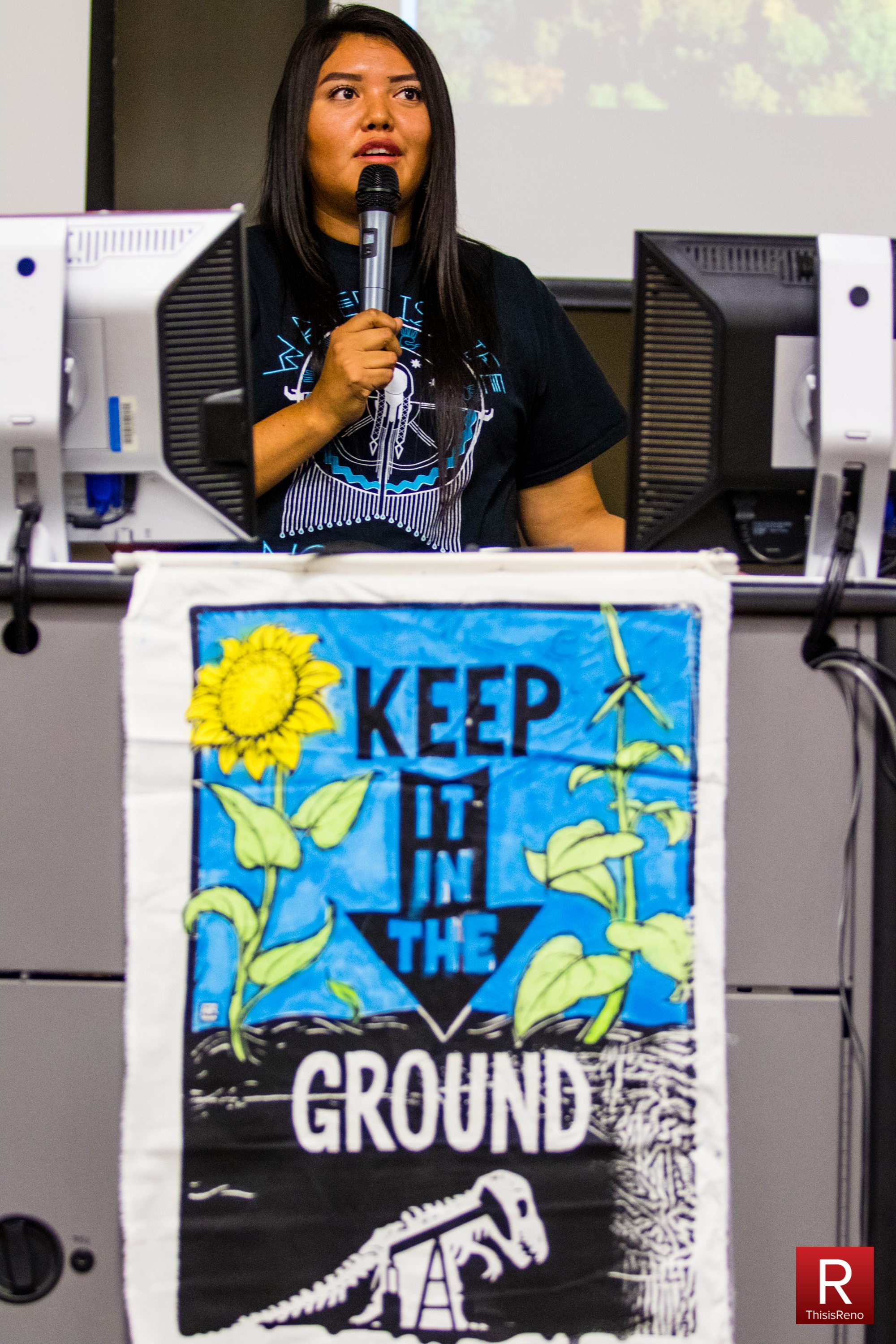 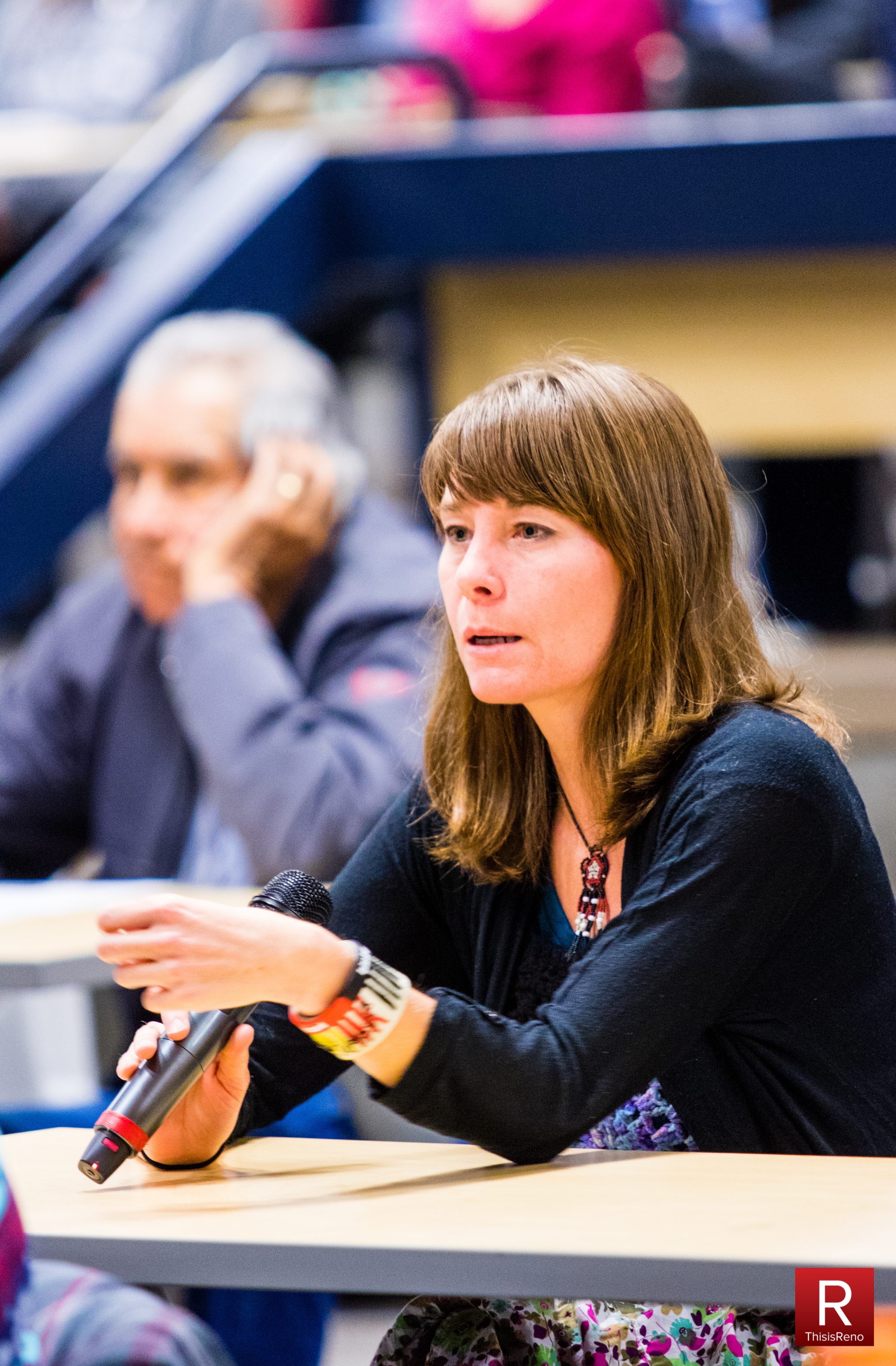 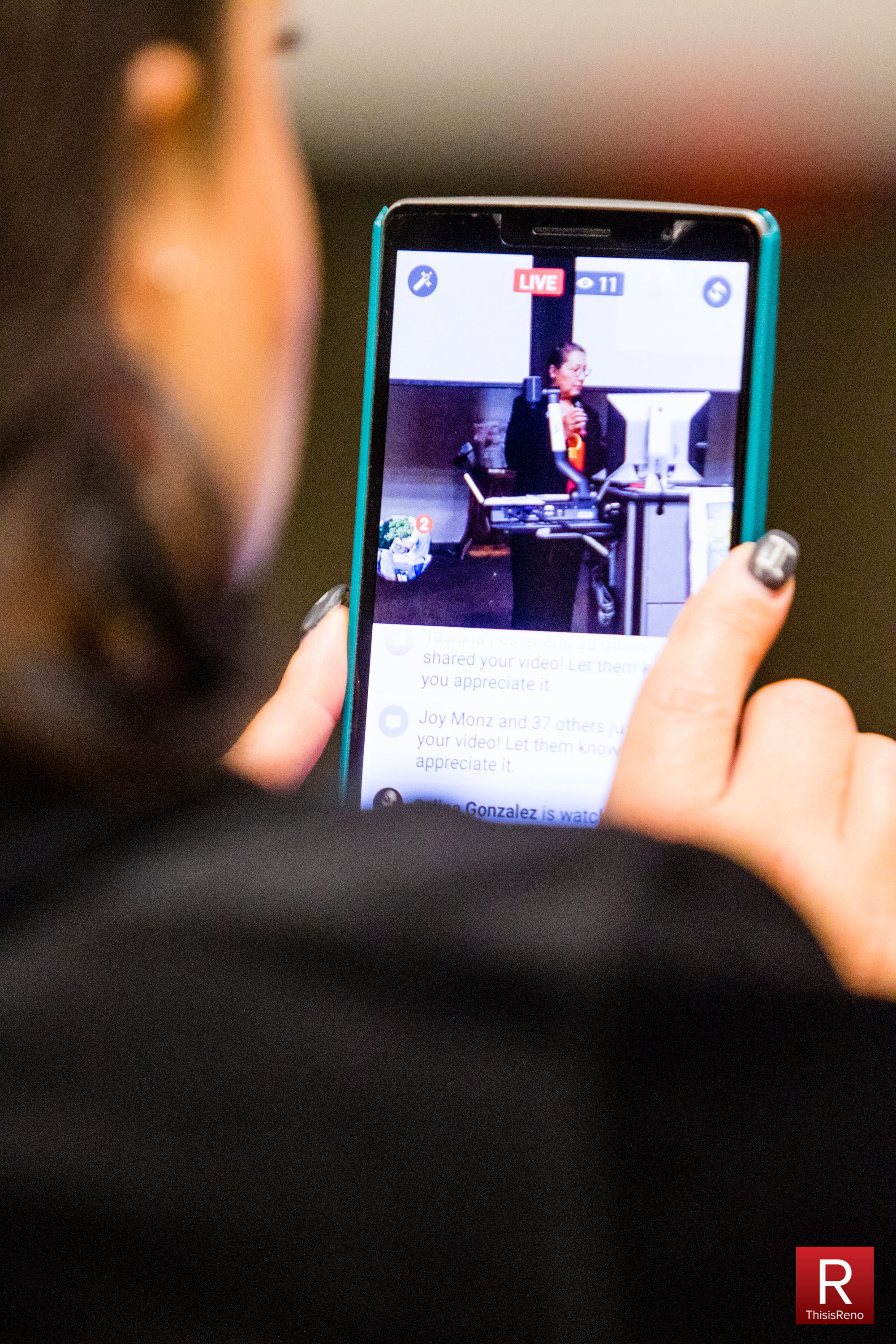 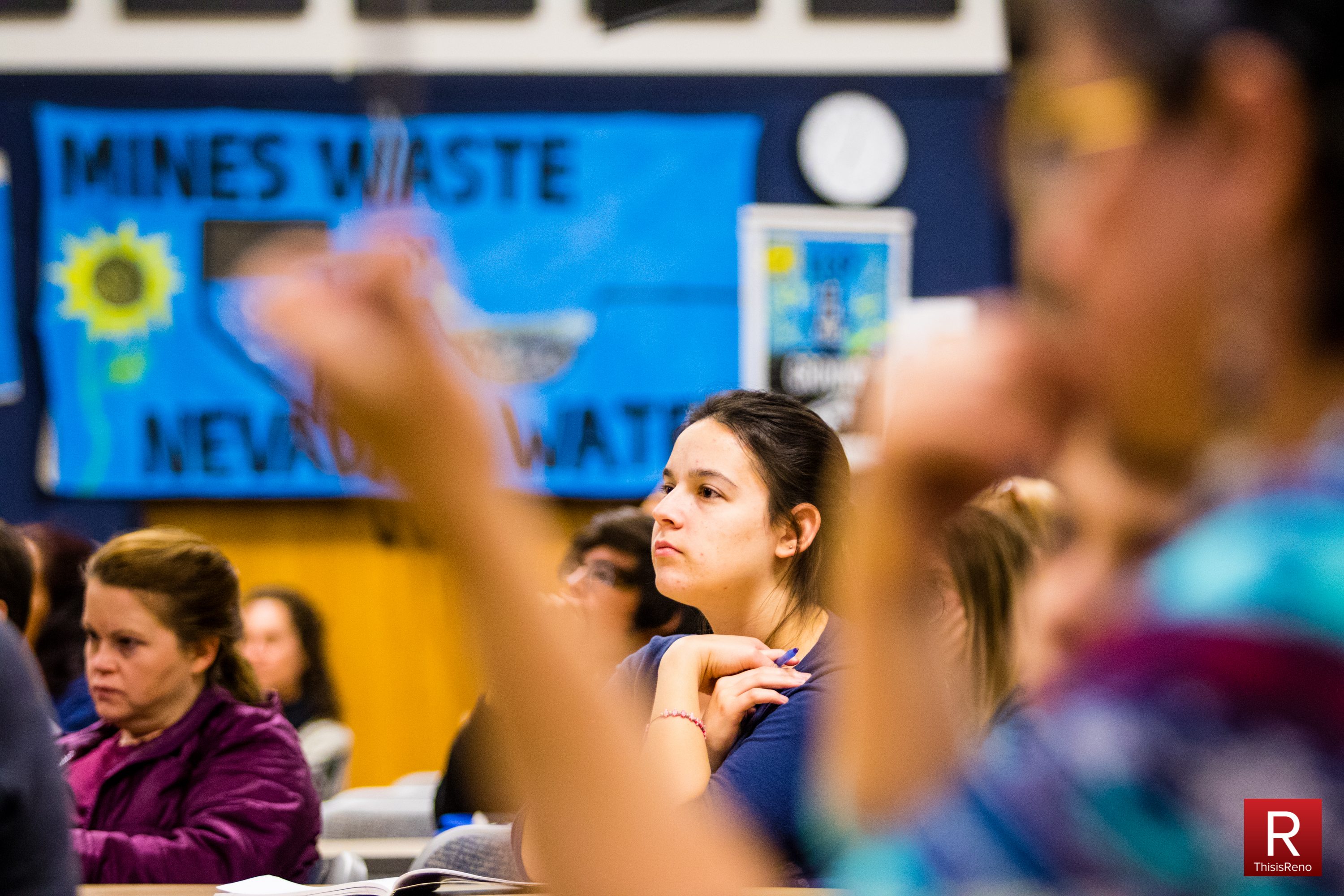 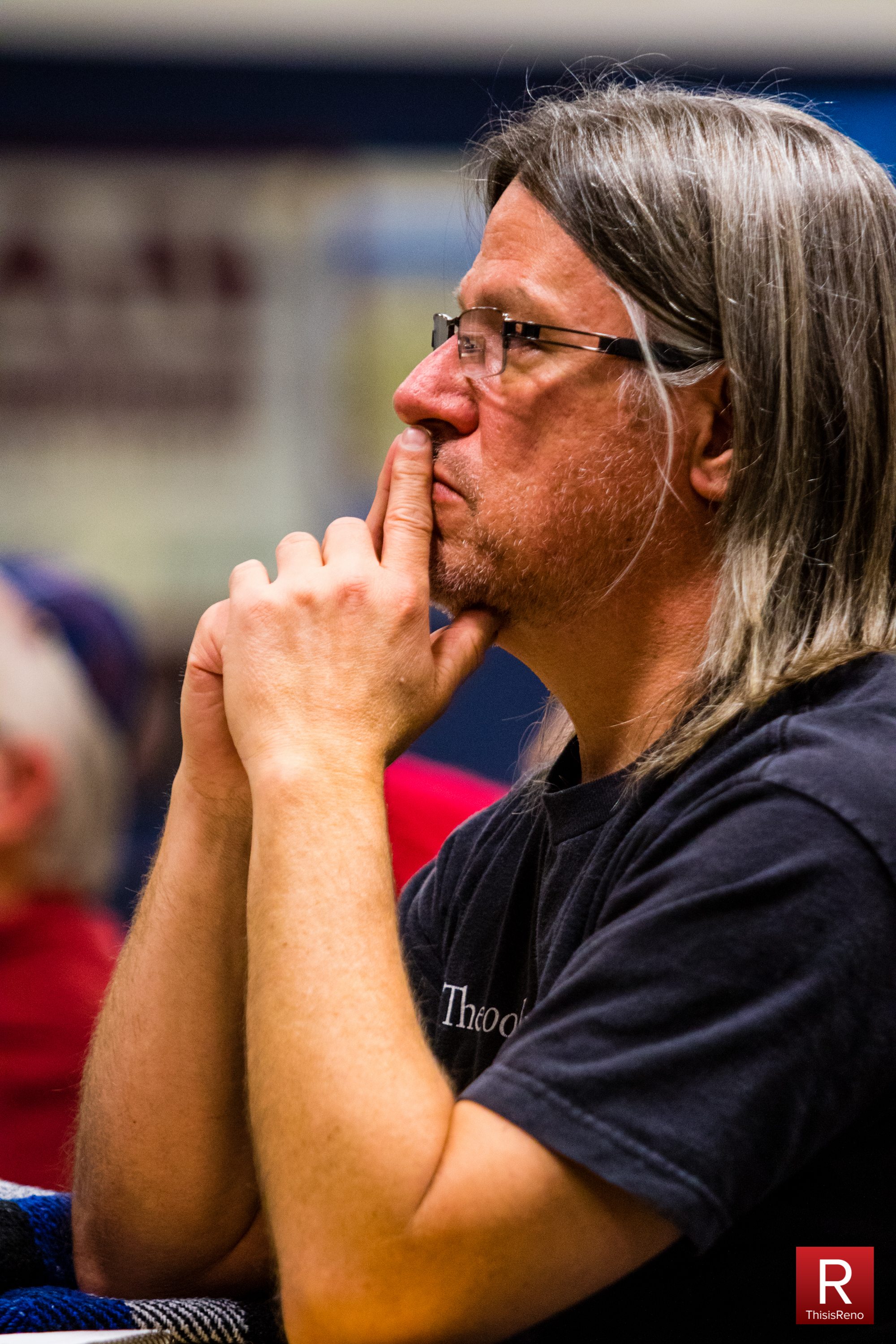 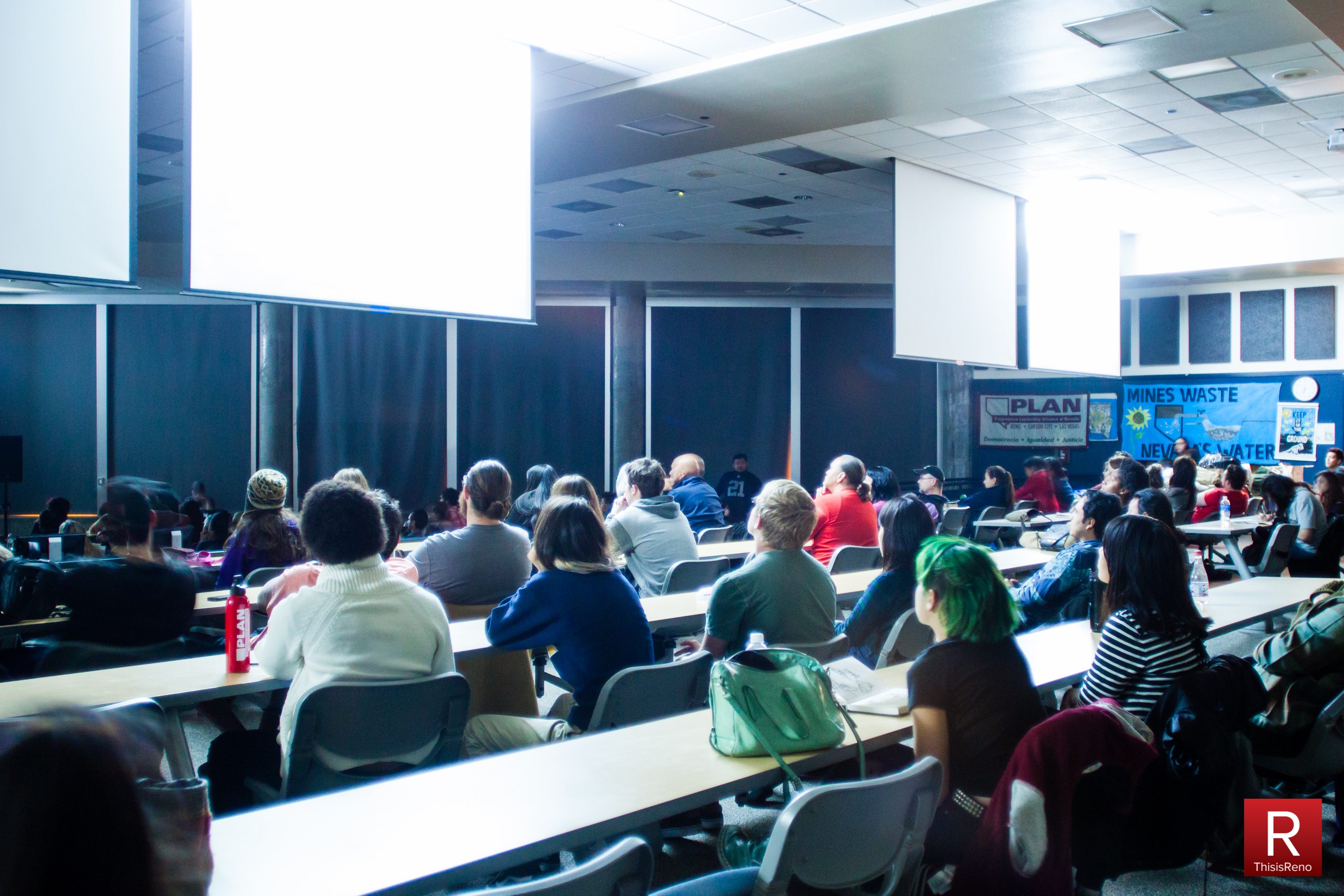 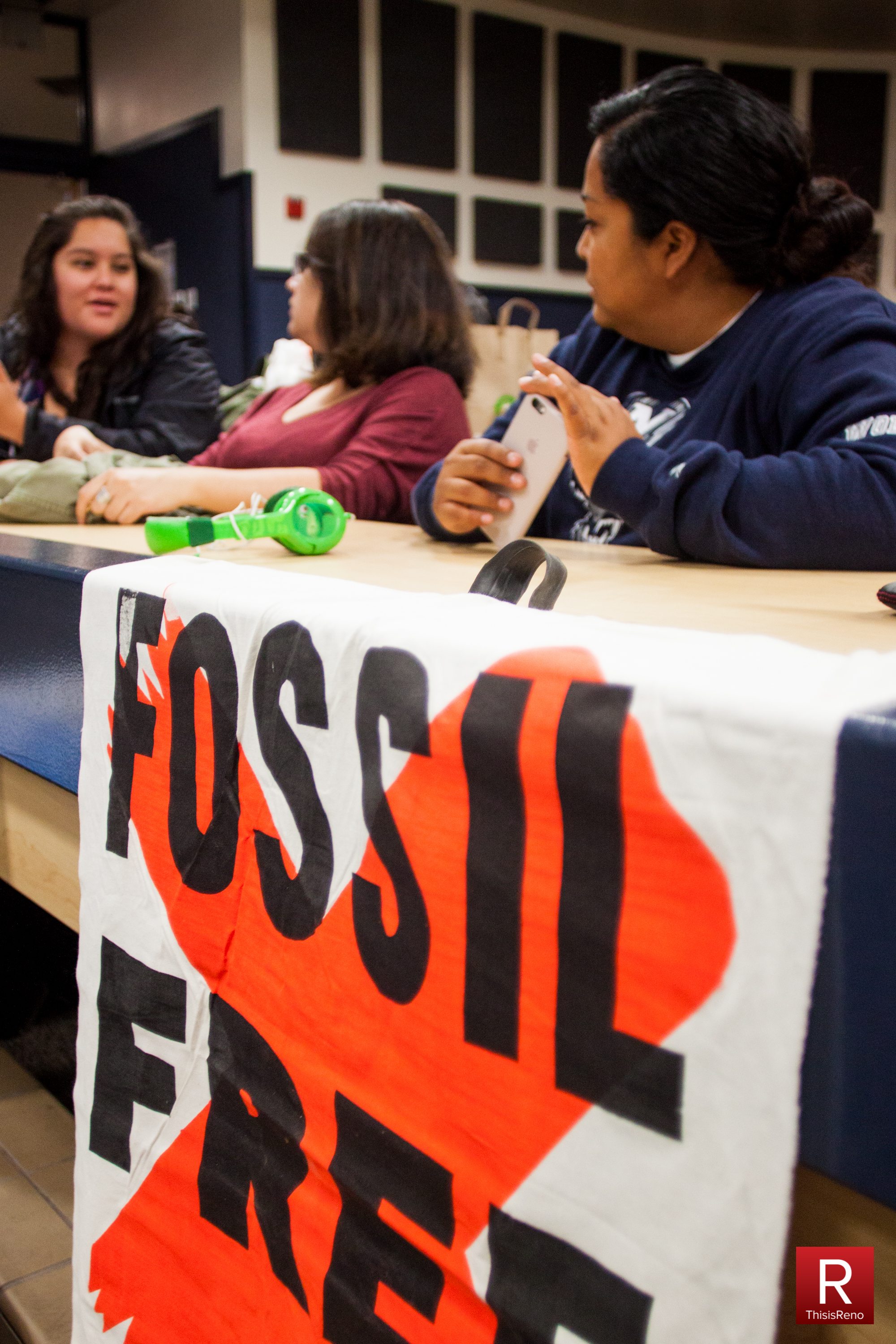 Story and Photos By Ty O’Neil

This Wednesday, Nov. 2, the Native American Student Organization hosted a teach-in at the University of Nevada, Reno (UNR) regarding the Dakota Access Pipeline, or DAPL for short. The group strongly opposes the pipeline for both environmental reasons as well as indigenous peoples’ rights.

More than 120 attended the event despite a presidential campaign event taking place just a few buildings away.

The evening began with a short prayer and the movie “Our Land, Our Life,” which focuses on the Bureau of Land Management (BLM) and mining in Nevada. The movie included graphic depictions of starved wild horses that filmmakers established were under the BLM’s care. Strip mining and its effects on water in the desert were the film’s secondary focus. Some in the audience could be heard relating the film to current events in North Dakota.

After the film, speakers came up to speak, many exceeding their allotted seven minutes.

Bob Fulkerson of PLAN spoke first. Referring to the mining in Nevada and the pipeline in North Dakota he said, “I don’t think that anybody has ever voted that we want to have an extractive economy.” He spoke critically of the “extractive economy”, referencing historical events and the exploitation of the poor, women, and indigenous groups. Fulkerson continued by referencing work done by Progressive Leadership Alliance of Nevada regarding mines de-watering three million acres over a 25-year span and the toxic chemicals released by the mines. 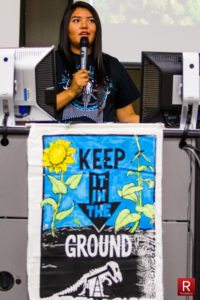 UNR student Autumn Harry spoke about the affects of fracking, focusing on its dangers to ground water, and DAPL’s current planned route. Bucky Harjo, who provided the images displayed during the event, reinforced Harry’s message and gave firsthand account of the situation in North Dakota.

Harjo spoke about the multitude of law enforcement agencies on site along with DAPL’s private security personnel. He also referenced president Obama’s recent statement on MSNBC about letting the situation play out. “What does that mean?” he asked the audience. One crowd member responded, “He doesn’t care.”

The final speakers were Sara Robinson and UNR professor Dr. Debra Harry. Robinson spoke about action by the United Nations and the rights that indigenous people have as a sovereign nation. Dr. Harry thanked those in North Dakota and spoke to the legality of DAPL on treaty land, something protected by the constitution.

The event closed with a question and answer session that mainly focused on how to support those in North Dakota.

VIDEO: Groups Call For Department of Justice Investigation Into Columbus...