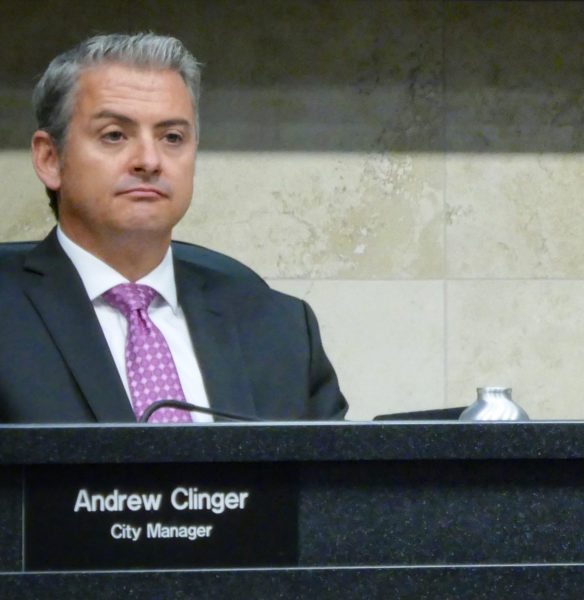 The City of Reno is scheduled to hear on Wednesday a request for an additional $75,000 to investigate claims of alleged misconduct by former City Manager Andrew Clinger.

“(Las Vegas-based law firm Kamer Zucker Abbott) and David Wall require additional funds to complete the ongoing investigation into complaints of alleged misconduct by the former City Manager. The requested $75,000 will be paid out of the City’s Risk Management Fund,” according to a city staff report. “Additional funds may be included in a future budget augmentation request to increase the amount budgeted in the Risk Management Fund.

“Funds are currently available within the budgeted amount, though an increase for the year may be brought forward to allow for future claims, depending on total estimated for the fiscal year.”

This is the second time funding increases have been requested to investigate allegations against Clinger.

The request comes after the three female complainants are reportedly not going to be interviewed as part of the investigation, according to the Reno Gazette-Journal (RGJ).

City Councilwoman Jenny Brekhus wrote the following to a consultant in October:

In July, after receiving a 1 year contract extension from the Council, 3 women made claims of sexual harassment against Mr. Clinger and he resigned under duress. While the claims are still under investigation, there is substantial evidence that Mr. Clinger’s management style fostered a highly disharmonious and unprofessional work environment among the City’s senior staff.”

The city refused to make public the results of the first investigation.

The second investigation was originally scheduled to be finished mid-October, but Brown said the city now doesn’t know when it will be complete.

Clinger has said he did nothing wrong.

He resigned in October with an agreement that he not sue the city, but he later threatened legal action against Councilwoman Brekhus for the statement that she made to the consultant, according to the RGJ.