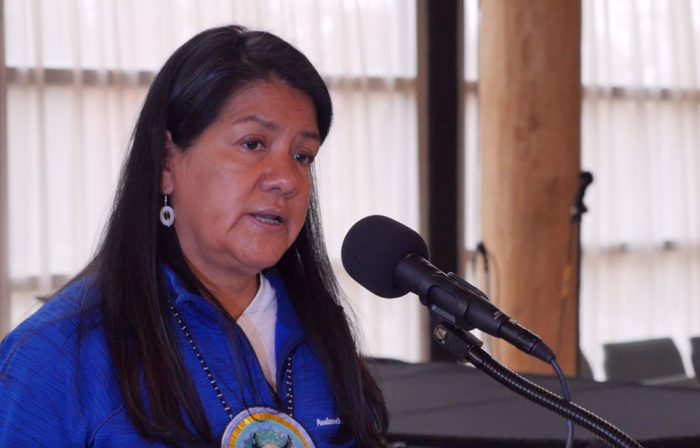 Dozens of groups and hundreds of individuals have signed a formal complaint to the U.S. Department of Justice (DOJ). They are seeking a review of the Reno Police Department’s (RPD) response to a clash on Columbus Day under the Reno arch.

Native Americans and their allies were protesting downtown that day calling for it to be changed to Indigenous Peoples Day.

Three people face misdemeanor charges in the incident in which the driver of truck, Nick Mahaffey, drove through the crowd of demonstrators. He ran over a woman, putting her in the hospital with multiple fractures. 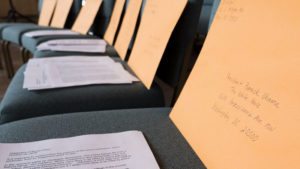 A formal complaint is being sent to President Barack Obama and the U.S. Department of Justice.

Charlene Dressler, a Paiute from Winnemucca, said that Mahaffey got off easy with a charge of provoking an assault. The other two, Sam Harry and James Fletcher, who punched Mahaffey and his juvenile passenger, got charged with simple battery.

“We don’t believe that Mahaffey was charged with the appropriate crime or offense,” Dressler said. “He had the least penalty of all three who were arrested, and he doesn’t face as large of penalty as the others.”

Critics of RPD said that officers took statements only from select witnesses.

Reno City Councilman Oscar Delgado said at Wednesday’s City Council meeting that the charges against Mahaffey are in the hands of Reno City Attorney Karl Hall.

Reno Police Chief Jason Soto said that charges against the three were based on extensive interviews with eyewitnesses, participants and by watching a number of videos of the event.

Watch a video below of a press conference today at the Unitarian Universalist Fellowship of Northern Nevada. A video from the Reno Police Department Oct. 13 press conference is also posted below.