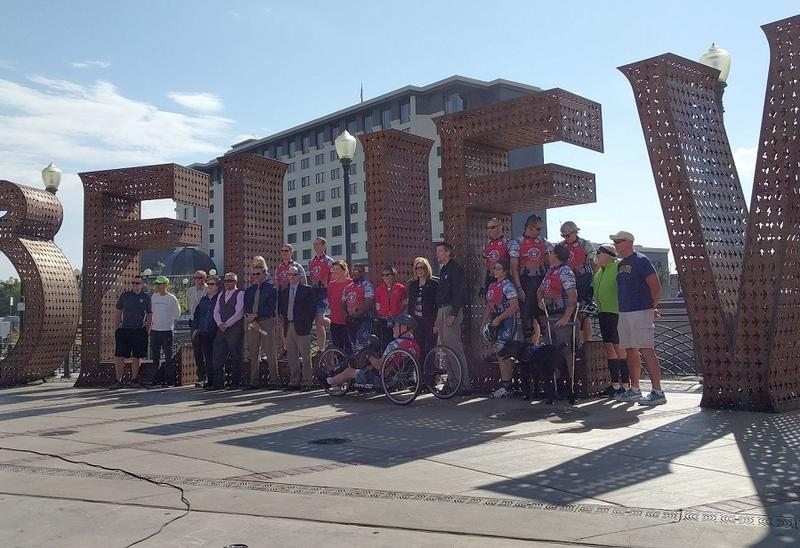 Lynette Knapp, a suicide behavior specialist for the VA, was there to raise awareness for the veterans crisis hotline.

“Yes, I have been privileged to speak with someone who is struggling, someone who has loaded a firearm and placed it in their lap, tossed it back and forth, put in back in the holder, took it out again,” she says. “And really it’s not as much what you say, it’s that you listen.”

Nevada used to have the highest veteran suicide rate in the nation. Now it’s fifth.

Knapp says outreach at events like last week’s ride are part of the effort to keep that number down.

April Wolfe helped found the Reno Chapter of Project Hero in 2013, after learning about it during a grueling 450-mile bike rally in California.

John Kerry and Nevada veterans launch coalition in support of...