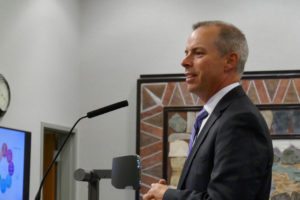 The Reno City Council today approved a contract to seek a new city manager. The firm Ralph Andersen & Associates was selected at a cost not to exceed $50,000.

Greg Nelson of Ralph Andersen & Associates said that Nevada is a difficult state to recruit candidates because of the openness of the search.

An extensive vetting process will include review of candidate backgrounds, potential criminal records and public histories, he said. “The candidates are screened competitively (among a field of candidates).”

The firm will conduct a number of meetings and Nelson said they will seek public input in the process.

Results of pending investigations into those allegations are expected mid-October.