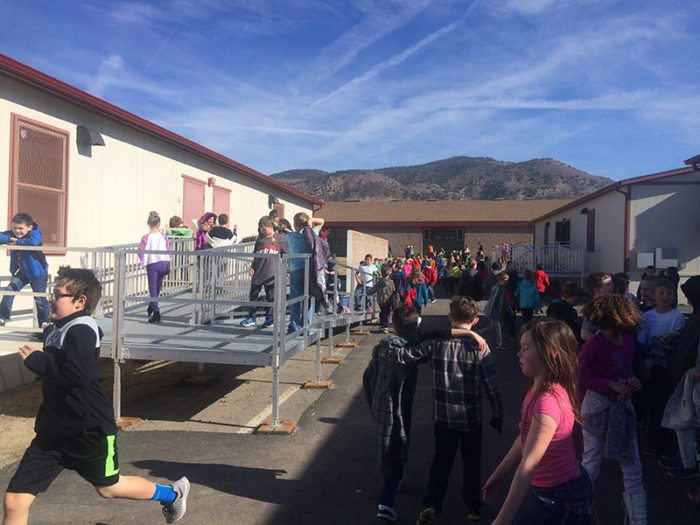 Elementary schools expected next year to be near capacity and over capacity, yet below an enrollment threshold that would trigger year-round classes, will be addressed with portables and other methods, Washoe County School District trustees agreed Tuesday.

New overcrowding management plans submitted by 13 schools will collectively cost the district $956,000, most of it coming from bond revenue dollars approved by the Capital Funding Protection Committee.

Portables, which cost about $333,000 each, will be moved to Booth, Hunter Lake, Whitehead and Winnemucca elementary schools. There are currently 238 portables district-wide.

Multi-track year-round classes increase a school’s capacity by 25 percent as it continues to operate with staggered break times for four tracks of students.

Father of five Jon Rouse, who has a child at Alice Smith, a toddler and three older children who’ve been through Smith, told the board he wasn’t comfortable with changes the school would have to make on a traditional calendar. He walked around Smith with the school’s overcrowding committee and saw there was no space. Rouse recalled the early 2000s when his other children were on the year-round schedule.

It was a lot better for my kids,” Rouse said. “Not for me. Not for my vacation. But for the kids.”

Parents concerned about childcare could look into programs put on by municipal parks departments and organizations, such as the Boys & Girls Clubs, Rouse said. 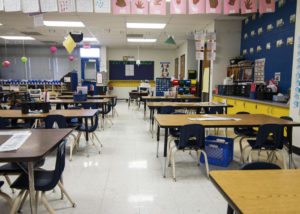 Team teaching classrooms would be in effect at Beasley, Gomes, Huffaker and Smithridge elementary schools.

“Boilers were abandoned years ago,” said Joe Gabica, chief facilities management officer. “It’s a reasonable space and we can easily convert them.”

However, not all building designs allow for boiler room conversion.

School overcrowding management plans associated with seven secondary schools will be discussed at a later date.