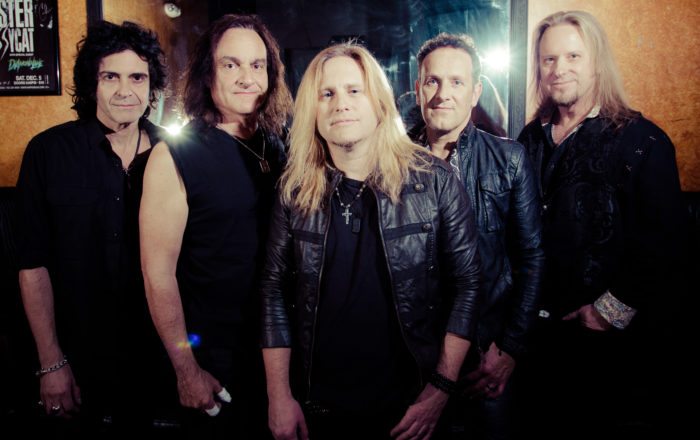 All-star band Last In Line performs Saturday, Oct. 29 at the Rockbar Theater Reno, following up on the 2016 release of their debut album “Heavy Crown”. The album landed at #1 on the Billboard Heatseeker Chart, #6 on the Hard Rock albums chart, and #22 on the Top Rock chart. Local rockers The Greg Golden Band open the show.

Guitarist Vivian Campbell says, “We’re thrilled and humbled by the reaction the “Heavy Crown” album has gotten and in due course we look forward to playing more shows across the entire U.S. as schedule and resources permit.”

What started as a casual and fun reunion jam in a Los Angeles rehearsal room in 2011 has grown into a fully-fledged recording project that has taken on a life of its own. Last In Line, the band, takes its name from the second Dio album released in 1984. Appice, Bain and Campbell were co-conspirators and co-writers with Ronnie James Dio on the “Holy Diver”, “The Last In Line” and “Sacred Heart” albums – records that defined the classic early Dio sound and became a part of rock history. 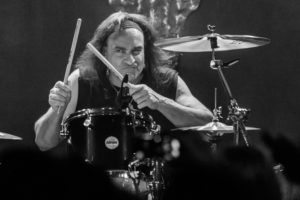 “We have a great time on and off the stage. It’s just a real pleasure playing, especially with Viv again,” Appice said. “We’re not doing this to try to make money; we’re doing this because we want do it. And Viv is totally enjoying playing this stuff and revisiting his old solos. With the addition of Phil and Erik we have become a powerhouse again.”

Other members of the band share the same sentiments.

“It is such a thrill to be playing with Last In Line,” Soussan said. “Jimmy and I were not only bass players in ‘sister’ bands but also longtime friends. I am proud to be able to do him justice and to pay tribute to his legacy…The band just feels so right … and heavy”.

The Last In Line project has been especially significant to Vivian Campbell, who has been playing to enthusiastic audiences on tour with both Def Leppard and Last In Line while battling cancer. He says, “I’m pleased to report that my cancer treatments are going as well as I could hope for and that my ability to continue my work during this difficult time has given me even greater purpose in both life and work. It’s been an absolute pleasure to re-connect with my old friends and our past musical legacy and to build upon that with Andrew on the ‘Heavy Crown’ album.”

VIP Packages can be purchased at the band’s official website http://www.lastinlineofficial.com/. They include: Meet and Greet with Last In Line, VIP Souvenir Laminate, Guitar Pic Set, Group Picture with the band, Personal items autographed and Autographed Band Photo. General admission tickets are $15 and available online at www.rockbartheater.com or at the door.