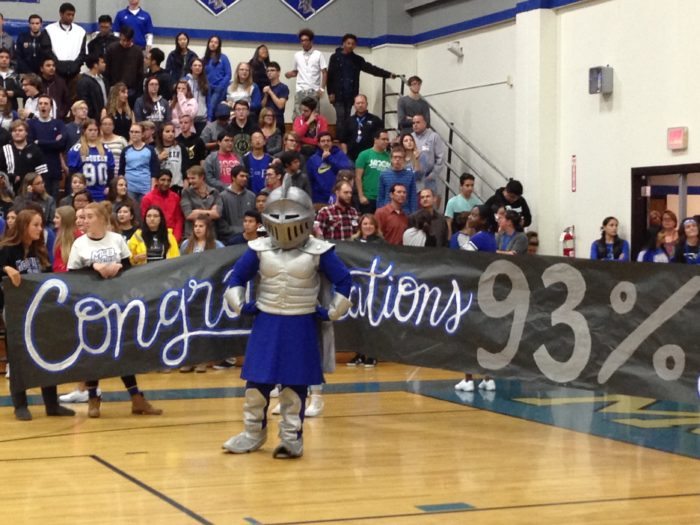 The class of 2016 had a 77 percent graduation rate, up from 75 percent the previous year. Washoe County’s graduation rate was 66 percent five years ago. The goal is to reach 90 percent by 2020.

“In a system this large, I think that’s something to clap about,” Davis said.

The announcement was made at McQueen High School, which had the highest graduation rate of any area comprehensive high school at 93 percent. It followed with a pep rally for education—band, cheerleaders, color guard and all—with each class trying to yell over the other when they were asked who could perform better academically.

“You’ve set the bar for every school around you,” Davis told students. 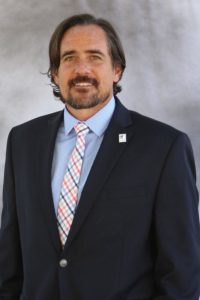 Ben Hayes, chief accountability officer, said graduation is defined for statistical purposes as the number of students who graduate in four years with a standard, advanced or honors diploma.

Those in special education programs who receive adjusted diplomas, which is about four percent of students district-wide, aren’t included in this figure, Hayes said. Students who didn’t pass the high school proficiency exams also don’t statistically count as graduating, nor do those who repeat a year. However, such students aren’t counted as dropping out because they remained in school.

Hayes said students who didn’t pass proficiency exams can go to RISE Academy for Adult Achievement and make other attempts.

“Just because they didn’t graduate in four years, it doesn’t mean the ticker is stopped on them,” Hayes said.

Proficiency exams, however, were just phased out and will be replaced with “end of course exams” in math, language arts and science. The new exams will be field tested on the classes of 2017 and 2018 and put into effect with the class of 2019, Hayes said.

Davis noted most of the schools improved, but added that it’s a struggle for some schools just to stay the same, especially those with special populations, such as children in transition. 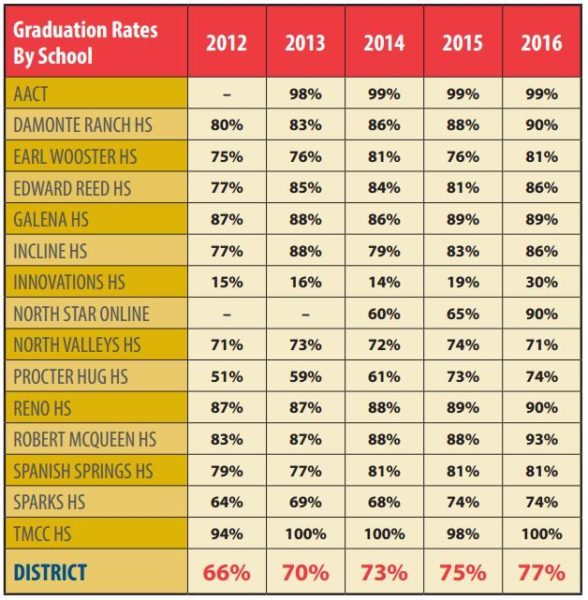