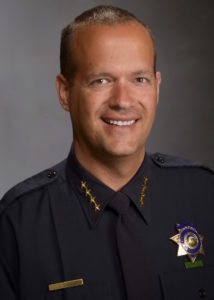 The Reno City Council got a budget update today, and the Reno Police Department is understaffed, according to Reno Police Chief Jason Soto.

Soto said that the police department is understaffed in comparison with similarly sized western cities.

“We cannot compromise some of the critical components that we provide our citizens,” he said.

Soto added that officers often have to fill the role of social workers, with mental health of citizens an ongoing concern.

Schieve encouraged Soto to be candid about the department’s needs as budgets are developed.

Today’s meeting was to provide a fiscal and strategic plan update. City budget director Robert Chisel is seeking priorities from the council as the city crafts its budget.