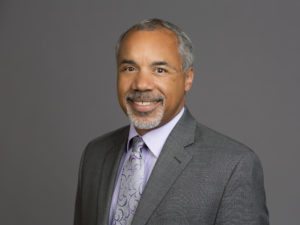 Two white police officers and two black students were in the same elevator Thursday at the University of Nevada, Reno and they began a pleasant conversation.

“Then one of the officers turned to the students and asked, ‘What sport do you play?’” said Blane Harding, director of UNR’s Center for Student Cultural Diversity, relaying what the students told him.

The students weren’t athletes and didn’t appreciate the assumption on the officer’s part.

People who come across as culturally insensitive usually aren’t trying to be hurtful, some students and staff acknowledged.

Although many college athletes are black, not all black students are athletes.

Nor are all Asians engineering majors.

Someone having brown skin doesn’t mean they can’t speak English.

And the Center for Cultural Diversity isn’t only for minorities.

UNR’s Diversity Dialogue addressed several issues, among them was how to support returning students and ways of reaching out to the campus community. Even though most students are in-tune to events such as fraternity and sorority rush and sporting venues, not as many know about the Center for Student Cultural Diversity despite it being located in a prominent location in the Joe Crowley Student Union.

Provost Kevin Carman said there were 99 new faculty members hired in the last year and about 40 percent of those identify as non-white.

“I’m encouraged by that,” Carman said.

Additionally, for several years UNR has hosted NevadaFIT, also known as the Freshman Intensive Transition. It’s a five-day “boot camp” designed to increase success for incoming college students. It provides a view of academic expectations and college life prior to the start of the semester.

Carman said the retention rates are higher for first-generation college students who go through NevadaFIT, which is available to all freshman.

UNR’s remaining Diversity Dialogues this year are scheduled from 3 to 4 p.m. Oct. 13, Nov. 10 and Dec. 8 on the main campus at the Joe Crowley Student Union. Call 775-784-4936 or visit http://www.unr.edu/cultural-diversity/ for more information.