As Tahoe Summit Turns 20, A Look At The Tahoe Restoration Act | KUNR 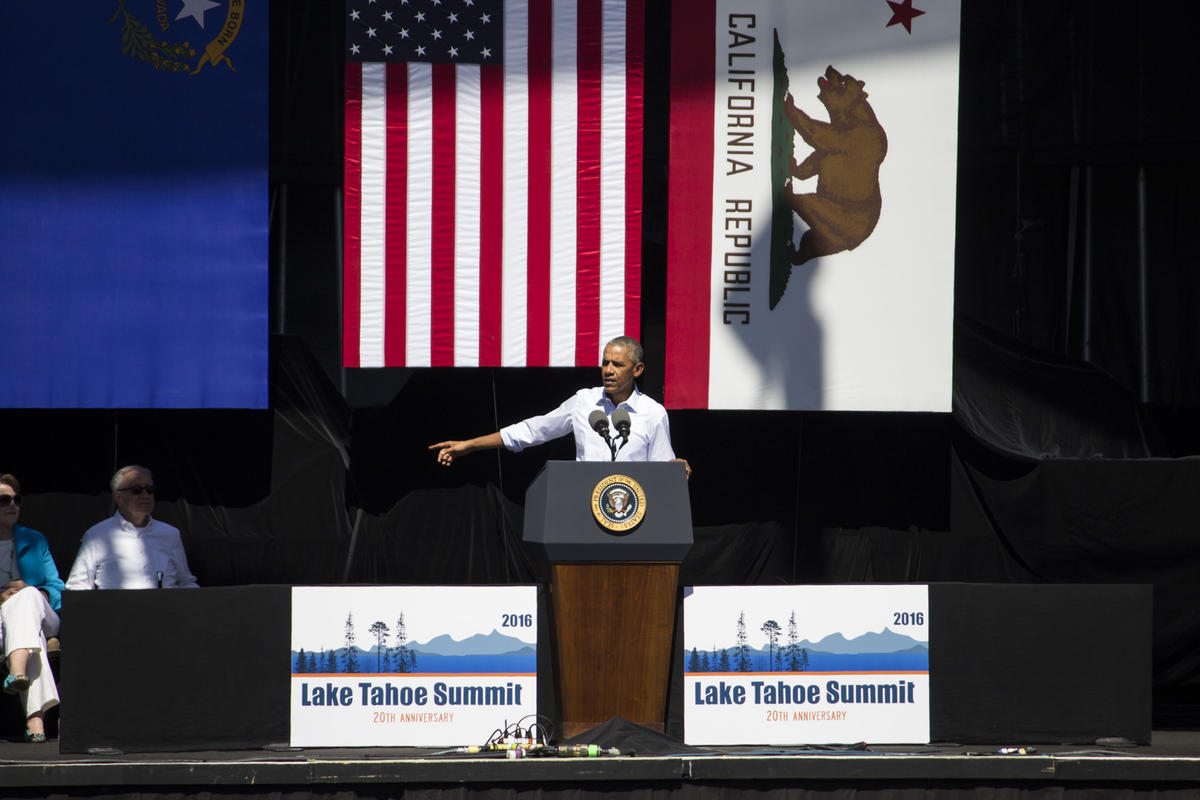 The annual Lake Tahoe Summit celebrated its 20th year the way it began, with a presidential visit. Most locals think of the Tahoe Summit as a simple celebration of the lake they call home. But the summit has actually had a big impact on conservation efforts, as Senator Harry Reid explained at this year’s event.

“We envisioned 20 years ago what we wanted to accomplish and we’ve done that and maybe a little more. Lake Tahoe is more pristine than it has been in decades.”

Darcie Goodman-Collins, executive director of the League to Save Lake Tahoe, the organization that brought us the Keep Tahoe Blue sticker, says back in the 1990s the Lake had hit a record-low in clarity and was facing multiple threats, including traffic, blight and invasive species. “After the President and Vice President learned about the importance of Tahoe and what needed to be done to protect it, it started the process for getting congressional legislation to bring federal funding to the basin,” she says.

That legislation, the Tahoe Restoration Act, passed in 2000 and unlocked more than $300 million in federal funds for the lake, which eventually grew to much more. “Usually there’s a state required match, so then the states re-obligate themselves to it, counties, and then there’s a whole private sector component to it too,” says the League’s deputy director Jesse Patterson. “So that $375 million eventually became close to $2 billion.”