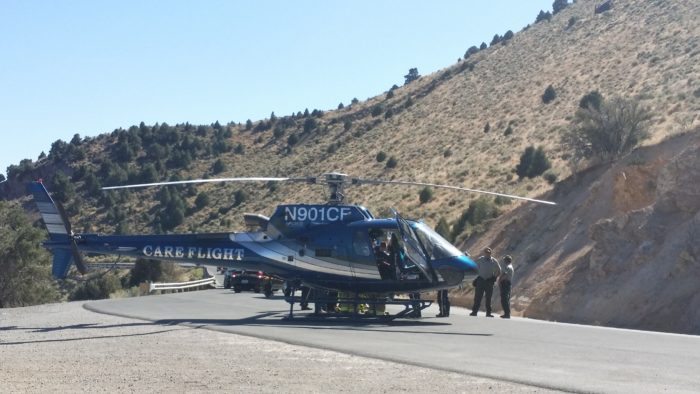 A motorcyclist is in the hospital today. At around 3 p.m. yesterday there was a single motorcycle accident at the 7 Mile Canyon Road turnout on State Route 341.

A motorcyclist struck a guard rail and was thrown over the side, down a cliff. He suffered injuries, and Care Flight was called in.

The Nevada Highway Patrol (NHP) reported today that the rider had substantial damage to his right leg and pelvis. He is in stable condition. 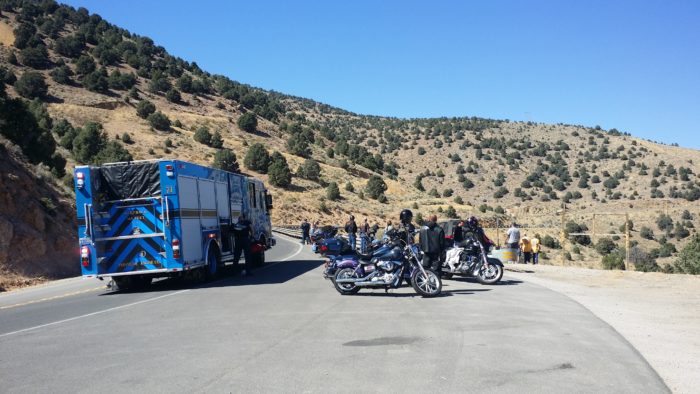