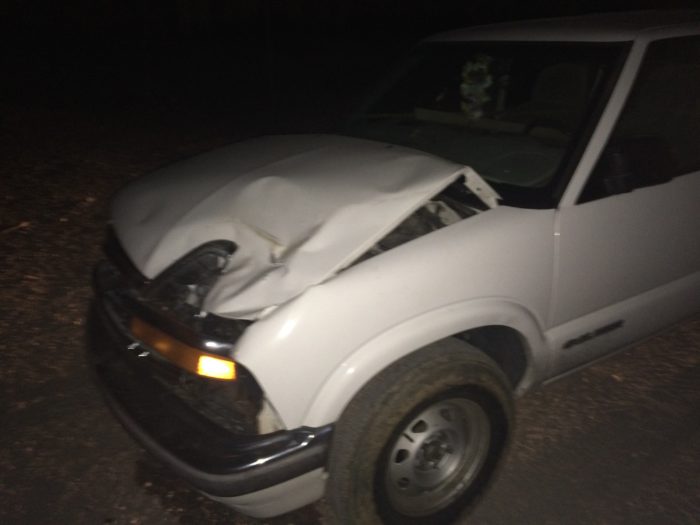 Two feral-estray Virginia Range horses are dead after a collision yesterday with vehicles on Toll Road.

This is he third incident in the past year, according to the Nevada Department of Agriculture (NDA), in which Virginia Range horses have died from being hit by cars.

Two vehicles were damaged and two horses were killed last night. The motorists were not injured.

Two horses were hit earlier this year in accidents on U.S. Highway 50. Another horse was struck and killed on Old U.S. 395 in November. 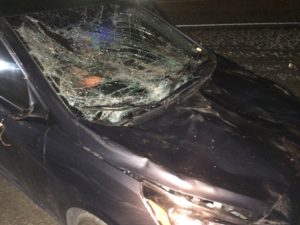 “We can’t stress enough how important it is to use extreme caution and assume there are animals on the road,” said Flint Wright, administrator for the NDA Animal Industry Division. “We are doing everything we can to keep these animals off the road for public safety and the safety of the horses.”

NDA has partnered with Return To Freedom (RTF), which announced last year that the partnership with NDA would improve public safety after a history of horse-vehicle collisions in and around the Virginia Range.

the Nevada Board of Agriculture voted eight to one approving a cooperative agreement between the Nevada Department of Agriculture (NDA) and Return to Freedom…to humanely manage horses in the Virginia Range…. This vote is the latest step in moving forward the largest ever private-public partnership that will benefit wild horses while at the same time improving public safety and benefiting Nevada taxpayers.”