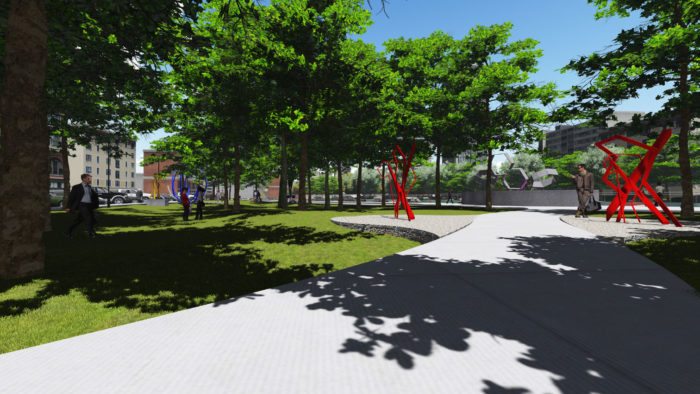 The Rotary Club of Reno is planning a dedication in November for a new Sculpture Garden in Bicentennial Park. The project will include six temporary, large sculptures incorporated into the existing park at First and Ralston streets.

Construction is expected to begin this fall. The arts and culture commission will have a call for artists, who will be paid a stipend if selected. All 2016 sculptures have been selected and will feature local artists.

Rotating groups of sculptures will be curated by the Nevada Museum of Art, University of Nevada, Reno and Burning Man.

Background provided by the Rotary Club:

The Rotary Club of Reno celebrates its 100th Anniversary on August 1, 2016. The club is the biggest and oldest in the state of Nevada and also the oldest in District 5190, encompassing northern Nevada and northern California. The club, through a committee of many past presidents, started searching for a project that would be a benefit to all residents and have exposure in downtown Reno, since we are the ‘Downtown Club.’ The club vetted many projects and contacted the City of Reno staff to find out if there were any projects that were desired. The sculpture garden had been submitted for several grants, but was left unfunded. The Sculpture Garden concept was selected by the committee as the number-one project: something the club is very proud to be involved in.”