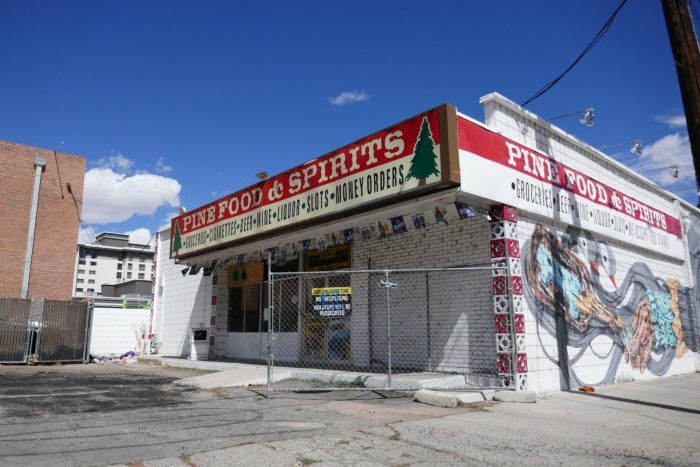 The Reno City Council is scheduled to hear on Wednesday a request for $76,000 in blight funds to repair sidewalks and gutters on East Pine Street near downtown. A property developer is requesting the funding after attempting to get the city to make the repairs for the past 10 months.

“As you are aware, Desert Wind Homes and Urban Investments are investing over $4 million on Pine Street to redevelop an abandoned motel, a dilapidated brick building a former liquor store to a more productive and beneficial use for the community,” wrote Victor Rameker of Desert Wind Homes. “We have had numerous meetings since November of 2015 with the City Manager, the Assistant City Manager, City Council members, and the Mayor with commitments of support to get these items repaired. However, in the last 10 months there has been little follow-up by the city and even less clarity on whether or not we can expect these items to be repaired.”

Rameker indicated that Aric Jensen, the city’s director of community development, asked the developers to make the formal request to the city council to use blight funds for the street and sidewalk repairs.

According to a city staff report,

The existing public curb, gutter and sidewalk in the area are substantially deteriorated and not constructed in accordance with the current area standards.  The applicants desire to enter into a development agreement in which the City would contribute monies from the Blight Fund to help bring the public improvements into compliance with current standards.  The Council has relatively broad discretion in administering the Blight Fund monies, and can choose to authorize all, some, or none of the requested contribution.”

The city said that it has about $600,000 in its blight fund, with nearly half of that slated for grants. After the recent demolition of two downtown motels, critics questioned how the city defines blight.