Vegas To Reno Race Gets OK 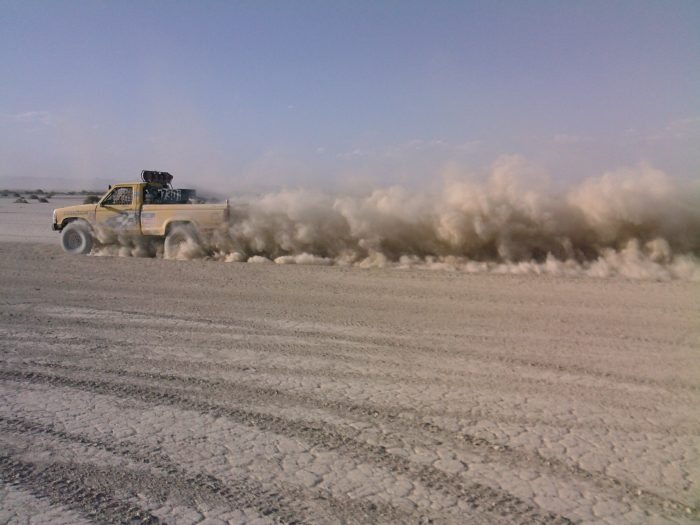 The Best in the Desert Vegas to Reno vehicle race has received approval to go ahead next week. The race, which will take place entirely on existing roads, will cross lands managed by the Bureau of Land Management and the U.S. Forest Service, as well as private lands.

After careful consideration of the proposed race, which was analyzed in an environmental assessment that evaluated the race’s potential impact, the BLM has issued a Special Recreation Permit to Best in the Desert Racing Association.

“The BLM is proud to provide diverse recreation opportunities on the incredible public lands we manage here in Nevada,” said BLM Nevada State Director John Ruhs. “We have done a careful evaluation of the race and built in specific mitigation measures to minimize potential impacts. I’m pleased that the race will move forward.”

One of the longest races of its kind in the U.S., this year’s event will begin on Aug. 19 near Alamo, Nev., and end the next day near Dayton, Nev., in Lyon County. The approved 643-mile route, most of which crosses BLM-managed lands, is entirely on existing roads. Some race segments pass through the Humboldt-Toiyabe National Forest and private lands. Race vehicles, which will include cars, trucks, utility vehicles and motorcycles, will not race through the Basin and Range National Monument. Instead, the vehicles will cross the Monument while observing a 35-mile an hour speed limit and while following other reasonable controls, including a prohibition on passing while traveling across the Monument. Vehicles will resume their participation in the race once they leave the Monument.

Conditions and stipulations attached to the Special Recreation Permit also include extensive safety and resource protection measures, sanitation, clean-up and route rehabilitation. The popular event is expected to draw 5,000 off-road racing enthusiasts to public lands across the state. This is the 20th year that the Best in the Desert race has taken place in Nevada.

The Decision Record, race map, and other documents may be found on the BLM e-Planning web site at the following link: http://bit.ly/291xoSO.