TMWA To Release Some Drought Reserves Next Month 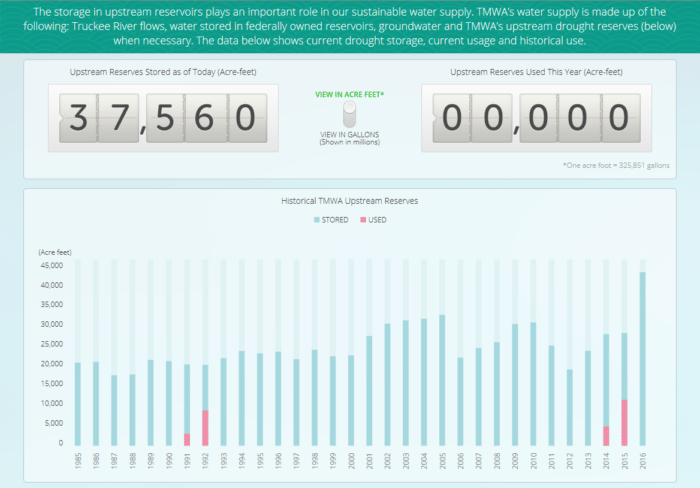 Truckee Meadows Water Authority plans to release drought reserves in September to meet waters demands for the remainder of the season. The agency said that it should roll into 2017 with more backup storage than in previous years.

Bill Hauck, TMWA senior hydrologist, addressed water supply during the utility’s board meeting Wednesday at Sparks City Hall. He said last winter’s precipitation was at normal levels but the region is still feeling effects of the four previous drier than average winters.

Hauck said Lake Tahoe is currently 4/10 of an inch above its rim, but the water level is expected to be below its rim by early September. 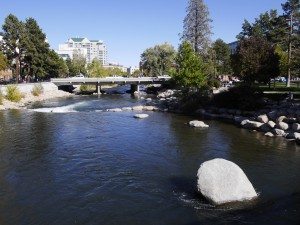 “The streamflow runoff forecast has unfortunately been downgraded over the last two months,” a report to TMWA board members said. “Recent projections are indicating that flow in the Truckee River will be negatively impacted earlier than previously thought as a result of the downgraded hydrological forecast. Normal river flows will be made at least through the first week of September which gets TMWA past its peak customer demand season.”

Foree suggested using a similar questionnaire that the city of Reno uses to evaluate its chief executives.

“That will not only help the board but it will help me,” he said.