A firm searching for a new Reno-Sparks Convention and Visitors Authority CEO indicated the board needs to make the next chief executive’s salary significantly higher than that of its predecessor.

The RSCVA board of directors on Thursday met the firm part of the way, agreeing to offer a maximum $350,000 base salary with a bonus structure up to 40 percent.

Chairman Bob Lucey, a Washoe County Commissioner, said New York-based Lapham Group has told him the salary and benefits range should be between $550,000 and $580,000. That amount is too high, some board members said.

“I’m struggling with the salary,” said board member Ed Lawson, a Sparks councilman. “I could go with $300,000 and go with a bonus based strongly on performance, not on feel-good measures.”

Board member Mike Hix agreed, but noted RSCVA has come off a successful year in terms of revenue, and making goals too ambitious might present challenges for a new person.

To entice the best applicants, board members said the package needs to be competitive. 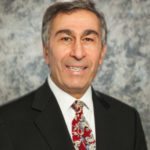 “It’s most costly to bring on a CEO who doesn’t get the job done,” said John Farahi of Atlantis Resort Casino Spa, adding that the region is doing well now only because it’s done poorly in the past.

Lapham’s search fee will be one-third of the successful candidate’s first year cash compensation and its minimum fee for search engagement is $100,000. The search firm has spoken with six candidates but their names haven’t been disclosed to the board, Lucey said.

Citing vague reasons, the board terminated former CEO Chris Baum’s contract in October 2015. Baum had been with the RSCVA almost 4 years and had received a 3-year contract extension just 8 months prior. His base pay was $234,083, along with $20,800 for moving expenses and $6,000 for temporary housing. Baum’s total salary and benefits was $359,000.