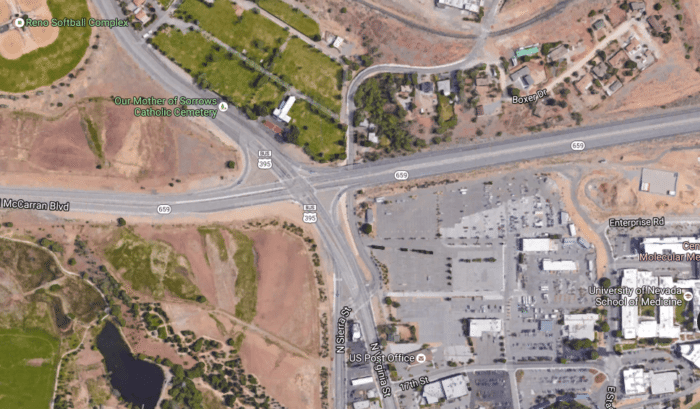 Drivers will soon get relief from the ongoing road construction at McCarran Boulevard and North Virginia Street. RTC announced that the final steps in the work are taking place this weekend.

“As part of an important project to enhance safety and mobility for everyone, paving activities will be taking place Saturday, August 20th and Sunday, August 21st at the intersection of North McCarran Boulevard and North Virginia Street. The intersection will be open during this time, but delays are possible and drivers are encouraged to use an alternate route if possible,” said RTC spokesman Joe Harrington.

The paving is one of the final stages of the project, which will relieve congestion and increase traffic capacity at the intersection.

“Previously incomplete sidewalks and bike lanes are also being finished, adding transportation choices for everyone,” Harrington said. “This is an approximately $4 million investment in the community. Among the goals of this project are to improve safety and reduce crashes at this intersection, which has consistently been among the top ten crash locations in the region.”

Changes coming to some RTC routes