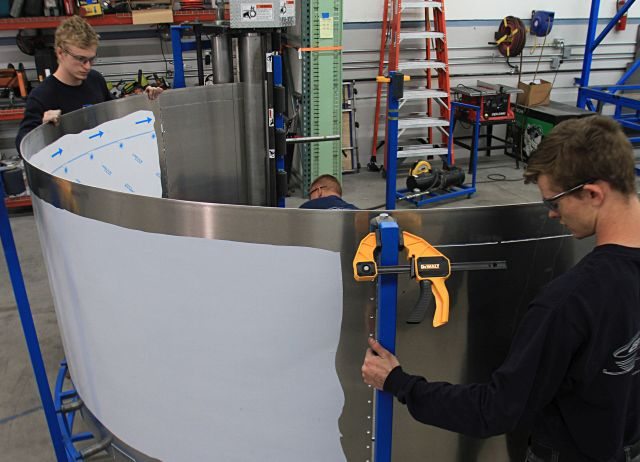 Over a five-year period, partnership efforts between NVIE and businesses in these sectors have resulted in $2.2 billion in output, through the creation or retention of more than 8,400 jobs, and more than $182 million in new federal and state tax revenue, according to researchers at the University of Nevada, Reno (UNR).

NVIE helps small and medium-sized companies streamline processes, reduce costs, improve practices, therefore helping to grow business. The economic outputs (from 2010 to 2014) mentioned above were determined through an impact study done by the UNR’s Center for Economic Development. A study identified economic impact for 2014 by region:

One example business is Aerovault, a manufacturer of aerodynamic car trailers that moved to Henderson, Nevad in 2011. The company’s manufacturing capacity doubled after NVIE project managers introduced and helped implement the lean-manufacturing model.

“It is not just training and implementation of manufacturing processes that they offer, but also identifying what is needed,” Gayle Brock, Aerovault co-owner and founder, said. “We have never heard of a state-affiliated organization helping a business like this.”

According to UNR, NVIE is part of a national network of Manufacturing Extension Partnerships through the National Institute of Standards and Technology. The statewide resource is hosted through the University of Nevada, Reno and supported by a education and industry organizations.

Red-hot apartment construction may be cooling