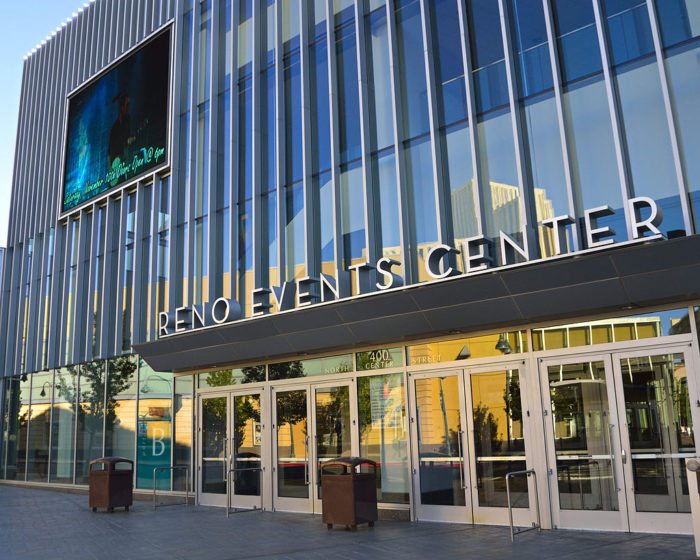 A feasibility study on getting a minor league hockey team to play at the Reno Events Center was addressed Thursday at the Reno-Sparks Convention and Visitors Authority meeting.

The RSCVA board didn’t commit to any contract terms, but it agreed to begin negotiation with the Reno Puck Club.

The East Coast Hockey League wants to expand and is eyeing Reno, which is the largest city in the United States without a sheet of ice, said Reno Puck Club partner Ken Lehner.

Improvements to accommodate a minor league ice hockey team would cost about $5.6 million, according to a study by Reno-based Worth Group Architects & Designers and Ekay Economic Consultants Inc.

Materials and labor would cost about $4.4 million. General contractor conditions and fees would be $718,521, indirect costs and contingency would be $435,467, and furniture, fixtures and equipment would be $127,300, the study said.

“The ability to add an ice sheet and necessary improvements to the existing facility will enable the city to have a competition-level ice sheet without incurring the high cost of constructing a separate ice facility,” the report said.

For example, the study cited the $60 million it cost in 1997 to build the Maverik Center for the Utah Grizzlies in suburban Salt Lake City. Inflation has since increased almost 50 percent, according to the U.S. Department of Labor.

Once completed, events center capacity would have an estimated 4,786 on-ice seats and 246 suite-level seats for hockey. During non-ice events, the amount of seating would revert to about 6,500. Hockey season typically ranges from mid October through early April, longer if a team makes the playoffs.

A hockey team would add about 40 venues per year to the events center, the study said. Average per game attendance last season was 4,386 for East Coast Hockey League teams. The league has 27 teams affiliated with the National Hockey League and American Hockey League.

“The East Coast Hockey League is the equivalent of AA in Major League Baseball,” Lehner said.

The city’s $2 Surcharge Committee requested the feasibility study. Three Reno council members and three members of the public make up the committee, which recommends expenditures of the capital projects surcharge to the City Council.

State lawmakers in 2011 authorized municipalities to set up funds to help pay for costs of improving and maintaining facilities used for entertainment and tourism purposes. Reno established a fund during fiscal year 2012 that collects an additional $2 per night on properties with non-restricted gaming licenses in downtown and within a mile of downtown. Most of that money raised is going toward upgrading the National Bowling Stadium, but Reno Puck Club is requesting that fund provide it $500,000 per year the first 6 years for the events center.

A team would bring about $240,000 in new tax revenue for the area, the study said. It would also bring along intangibles, such as new visitors, spinoff development, community marketing, economic development and increased media exposure.

“What happens if you guys go under?” asked RSCVA board member Ed Lawson.

Lehner said that scenario would be put into a contract that would outline penalty fees.

An application for a team would need to be submitted to the East Cost Hockey League for approval by the end of September and construction would have to start in January in order for play to begin in October 2017, Lehner said.