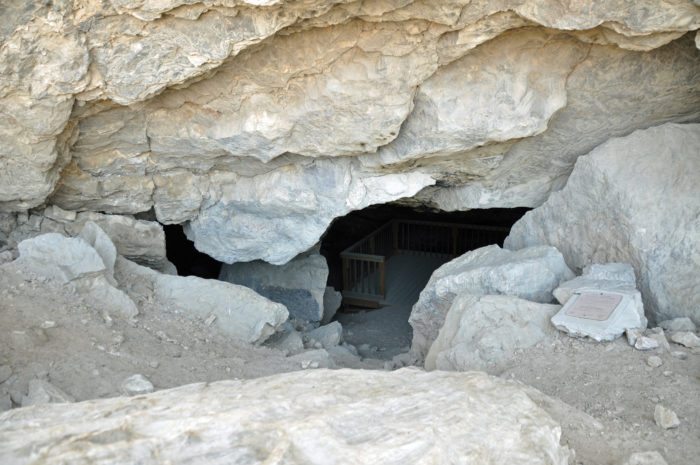 Hidden just off Interstate 80 around Lovelock is one of the most important sites in North American archaeology (more on that later), making for an interesting day trip about 113 miles (one way) from Reno.

Lovelock Cave, a former archaeological site about 20 miles south of Lovelock, was first excavated in 1912; among the artifacts recovered were 2,000-year-old tule duck decoys believed to be the oldest in the world. Scientific research shows that people used the cave between about 2,000 B.C. and 1,000 A.D., when the area had more water, plants and animals. Today, you can visit the site, and take a short (half-mile) interpretive hike to the cave. 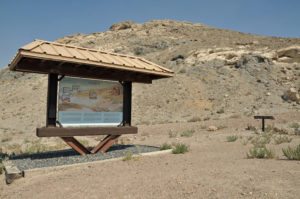 Before you embark on your trip, download the Lovelock Cave Backcountry Byway guide. The guide — created by the federal Bureau of Land Management, which also maintains the Lovelock Cave site — has information about the area’s history, geology and environment. It also has a map that will get you from the city of Lovelock to the Lovelock Cave.

The guide has numbered points of interest that are explained in the brochure. Note that after point No. 8 (the Humboldt River), the road forks. Stay straight instead of going left. (On a trip with my husband a few years back, we actually took the left, but realized within a minute that we were going the wrong way, after referring to the map.) Other than that, the road is fairly well-marked.

A note about the road: Not far out of Lovelock proper, the paved street ends and it becomes a well-maintained gravel (and eventually, dirt) road. Four-wheel-drive isn’t necessary, at least not on the August day that we traveled it.

Here’s a video my husband filmed at point No. 10, Lake Lahontan. Lake Lahontan was a giant lake that covered most of the valleys in northern Nevada 22,000 to 10,000 years ago, according to the BLM. Where we drove would’ve been underwater. The mountains in the video are the Humboldt Range, on which you can see horizontal lines that mark the former water lines. The camera pans to the north, where Lake Lahontan was. 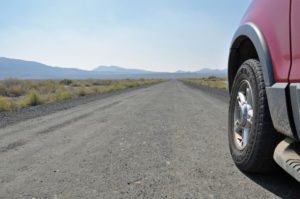 At the Lovelock Cave trailhead, there’s a kiosk with a trail map, a pit toilet and a covered picnic bench. The hike is short, about a half-mile. A little before the cave entrance, there’s an interpretive sign that explains what the area was like thousands of years ago, when Humboldt Lake (a remnant of Lake Lahontan) sustained the people who lived there.

The cave itself isn’t large — about 150 feet long and 35 feet wide. Two wooden platforms inside make for easy access.

It’s pretty empty. It was mined for bat guano (used in fertilizer) in 1911, after which it was excavated by scientists at UC Berkeley. Although the mining activities compromised the archaeological record, about 10,000 archaeological specimens were recovered from the site, including 2,000-year-old tule duck decoys believed to be the oldest in the world. For more on the excavations, check out this paper, written by archaeologists Robert F. Heizer and Lewis K. Napton, which refers to the cave as “one of the most widely cited and important archaeological sites in western North America.”

Today, it’s pretty empty, but rich in history and in an almost spiritual feeling. People lived here for hundreds of years, next to a lake that must have seemed timeless and eternal, and yet no longer exists. Geologic time moves along so slowly, we can’t really witness it, but everything around us is changing, and what seems permanent won’t always be there.

Make a weekend of it
There are a few places to overnight in Lovelock including the Royal Inn Suites and the C Punch Inn & Casino.