By Bob Conrad August 24, 2016
Thomas Daly speaks at a Washoe Board of County Commissioners meeting. 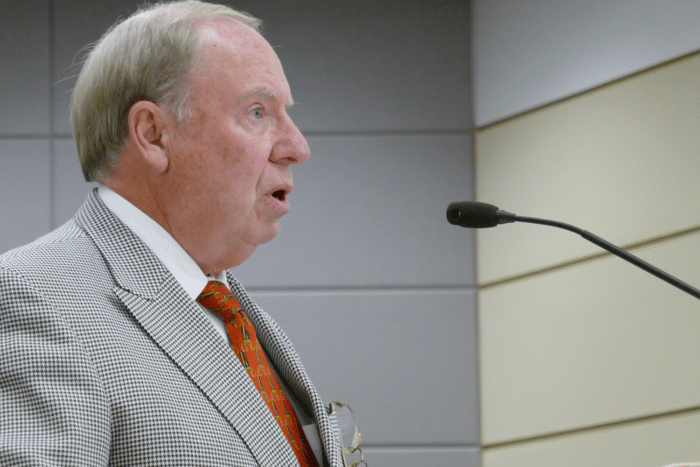 Thomas Daly speaks at a Washoe Board of County Commissioners meeting.

Washoe County Planning Commission Member Thomas Daly was removed from his seat yesterday by the Washoe Board of County Commissioners.

At issue was Daly’s opinion article last spring in the Reno Gazette-Journal in which he expressed opposition to a development near Mt. Rose highway.

While some said that Daly was exercising his First Amendment rights and advocating for his constituents, the county argued that that he violated rules governing his role on the commission and the due process rights of the developer.

“(Planning commission members) are required to keep impartial. (His) actions in this case fell short of what due process requires,” said Assistant District Attorney Nathan Edwards. “A commissioner must keep an open mind. He was told he needed to recuse himself (from a later meeting at which the development was discussed).”

But those supporting Daly said that his opinion article was no different from comments Daly made during a planning commission meeting, which could have been printed out and distributed to those living near the proposed development.

Censure of Daly was not an option, according to county staff, and county commissioners were faced with either letting him remain on the planning commission or voting to remove him.

While the development maps were ultimately approved by the planning commission, the county’s stance was that, had Daly’s actions negatively affected the development, and thereby violating the developer’s due process rights, the county would be exposed to litigation.

“We have a liability on our end as well,” said Commissioner Kitty Jung.

Daly, in his defense, said that his op-ed was written in part to encourage residents to be involved in the issue.

When asked if he also encouraged residents to attend meetings via direct communication with them, he responded:

“I did both. Clearly there was insufficient outreach to the community. My (op-ed) made the process more transparent. That’s … called democracy.”

He added: “My other balancing concern was disenfranchising my constituents. I’m representing a district, and they were loud and clear and unequivocal. My constituents come first.” 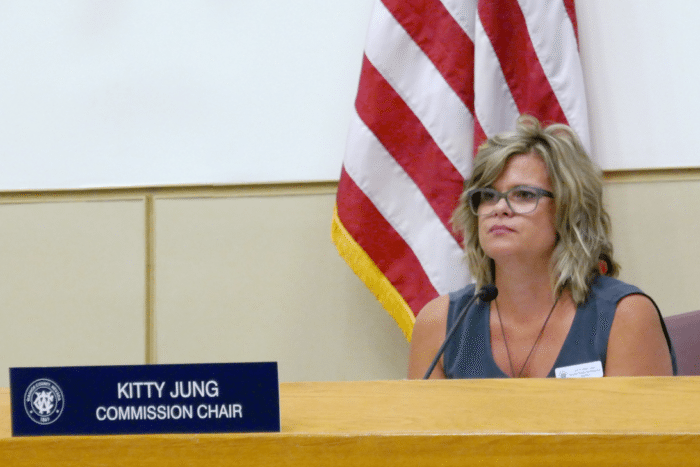 “I believe that he needs to be removed from this very important position.” — Commissioner Kitty Jung

Attorney Mark Gunderson, representing Daly, said that removal from the planning commission should only be considered if there is just cause to remove him. Just cause would include malfeasance.

“Misjudgements are not malfeasance,” Gunderson said. “There is no malfeasance in this case.”

Assistant District Attorney Paul Lipparelli argued that a planning commission member’s role is adjudicative. He likened Daly’s actions to a judge giving an interview to the news media in the middle of court hearing.

He said that citizens and builders need to know that they’ll get a fair hearing in front of the planning commission.

“Had the project been voted down, the applicant would’ve had a custom made lawsuit,” Lipparelli said.

Commissioners narrowly agreed. Daly was voted off the planning commission in a 3-2 vote.

Commissioners Vaughn Hartung and Jeanne Herman voted against his removal.

Hartung said: “I think this is a very slippery slope for us. This too, like Mr. Daly’s actions, could set a legal precedence.”

“I believe that he needs to be removed from this very important position,” she said.