Contractors Board Warns Against Unlicensed Contractor “Reliable Roofing and Paving” 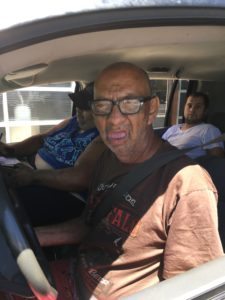 The Nevada State Contractors Board recently issued a Consumer Alert to warn northern Nevada residents that four individuals operating under the unlicensed contractor name “Reliable Roofing and Paving” are scamming homeowners, seniors, and small businesses by taking their money up front only to provide no work or materials. The company does not carry  a Nevada Contractors license nor is bonded in the State of Nevada.

The suspects are considered to be travelers driving from state to state operating construction-related scams. They are believed to drive a gray Dodge Durango with an Arizona temporary registration number of 9D58530 and a black Ford F-150 pickup with Oklahoma plates 791LEC. The two main suspects are George (Joe) Delmaro and David Stevens. Richard Stevens and Anthony Stevens are two additional suspects being sought by the Contractors Board.

“Travelers are unlicensed contractors who pass through neighborhoods trying to take advantage of as many people as possible in a short timeframe before moving on to the next community or state,” stated NSCB Executive Officer Margi Grein. “We are asking all homeowners to be vigilant if individuals approach your home offering to perform home repair services.  Warning signs to look for include requests for cash payments only, large down payments up front prior to work being performed, ‘too good to be true’ offers, and high pressured sales tactics.”