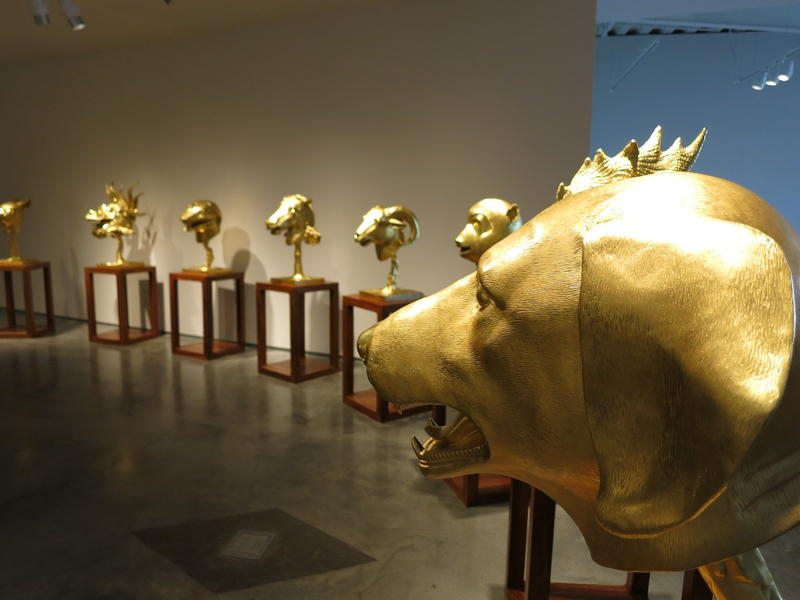 In the 18th and 19th centuries, twelve bronze animal heads adorned the emperor’s private garden. These sculptures, however were commissioned by a Manchurian emperor and designed by westerners.

They were later lost during the Opium Wars, but the Chinese government began recovering some in the 1980s.

“The third one came up and was bought by Polygroup, an arm of the Chinese military that has a ton of money. So they paid a million dollars for the third one.”

That’s Chip Tom. He’s the curator for Heather James Fine Art, which owns the new collection of bronze animal sculptures on display. He says the act of buying the original pieces inspired the exhibit’s artist, Ai Weiwei, a known dissident of the Chinese government.