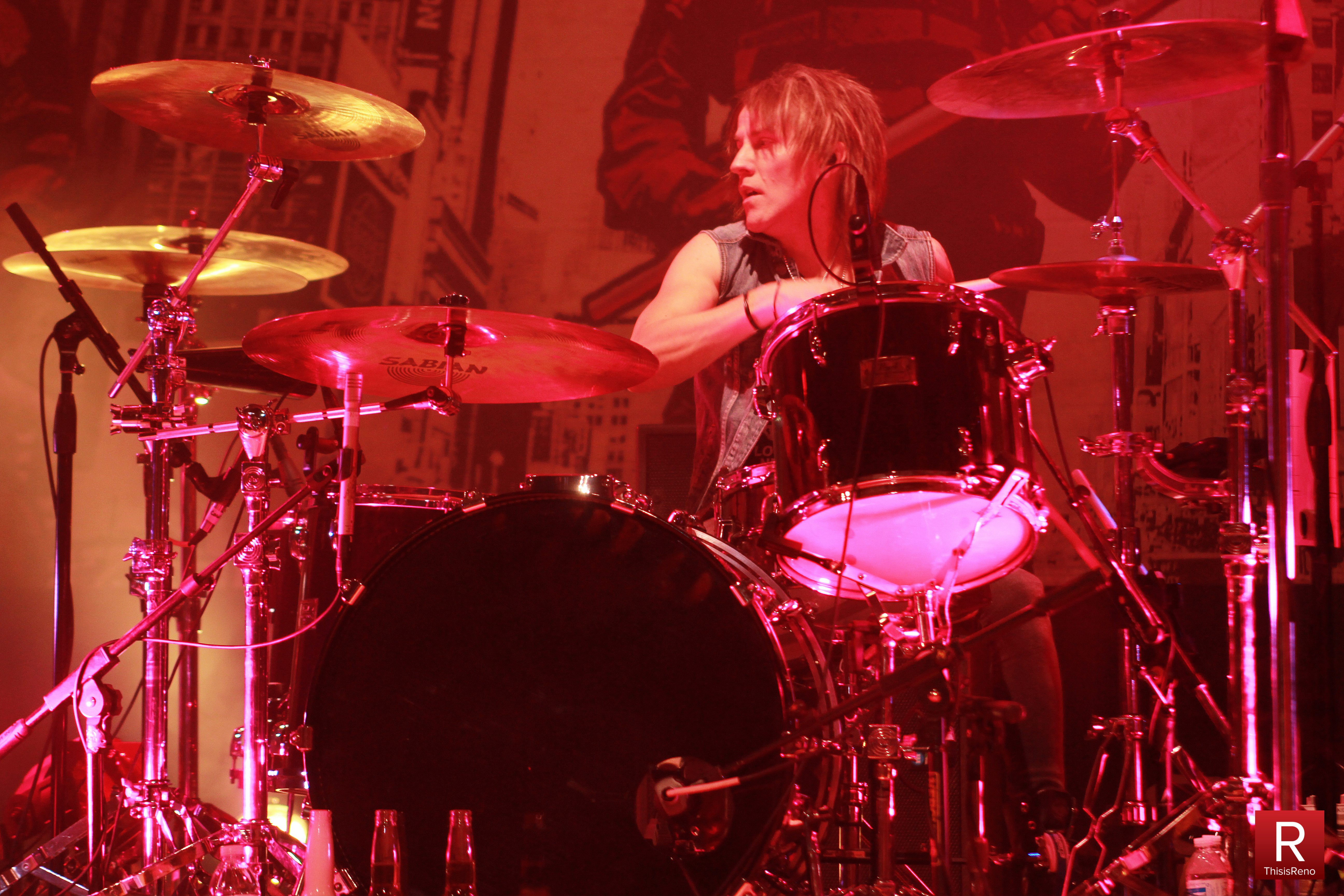 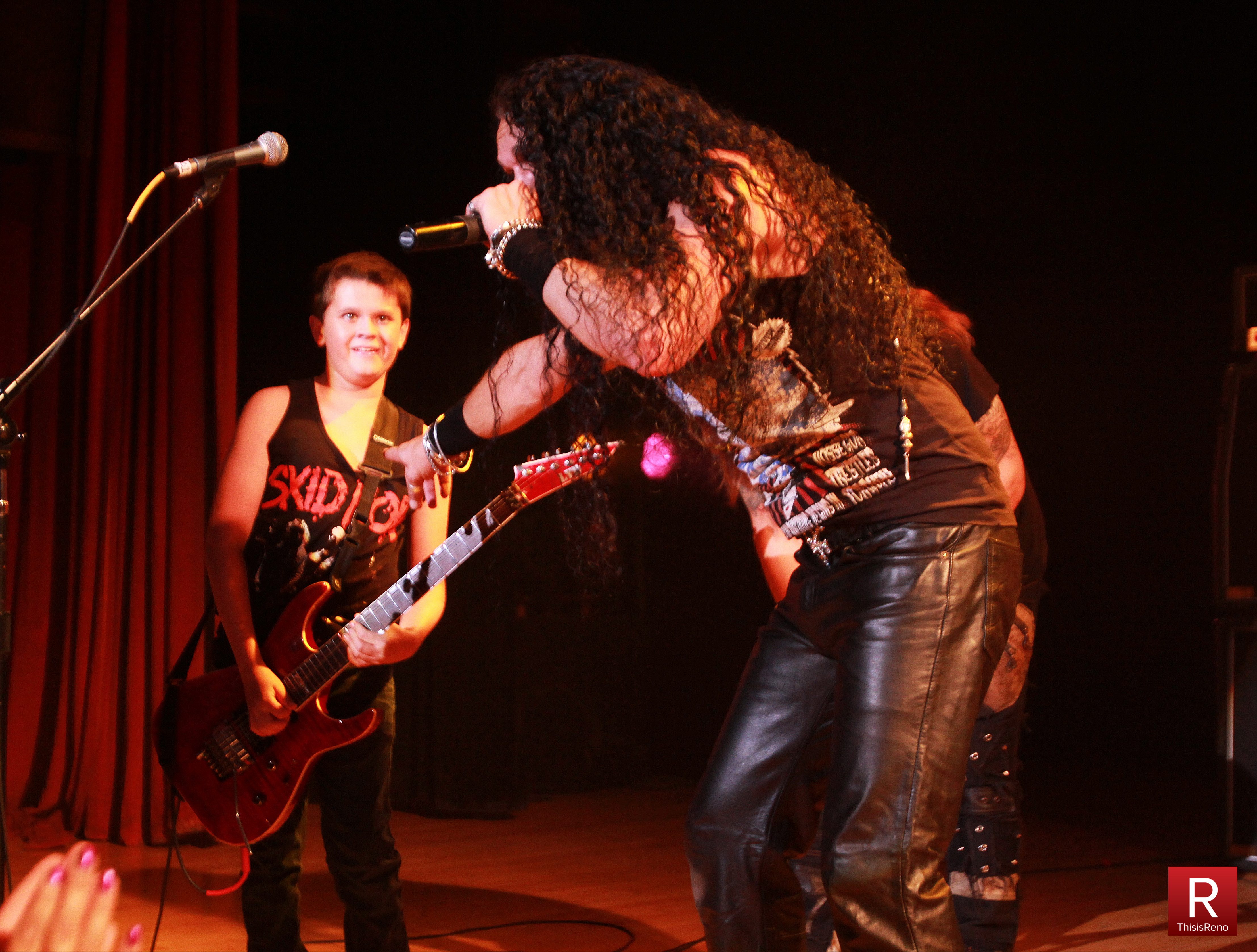 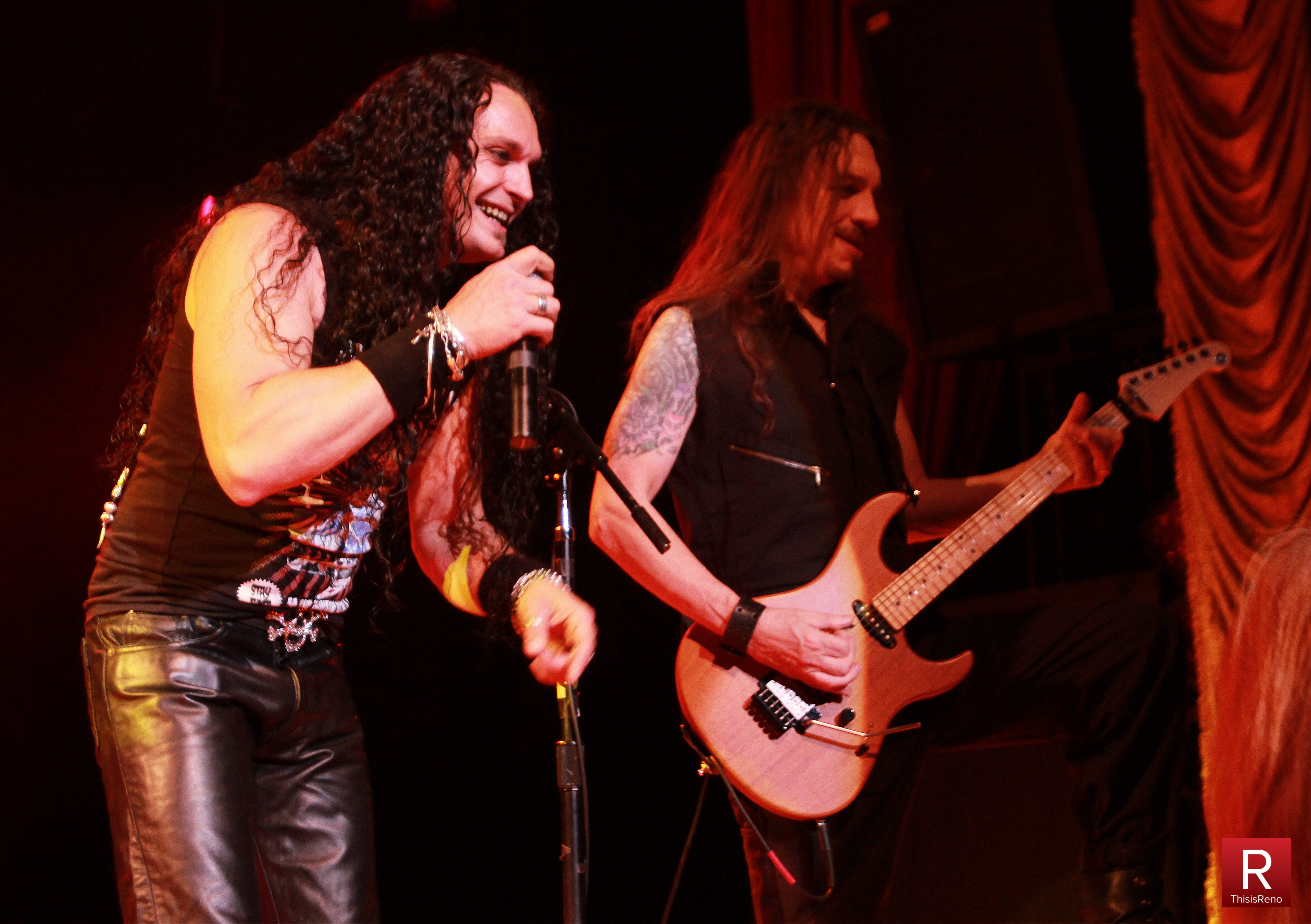 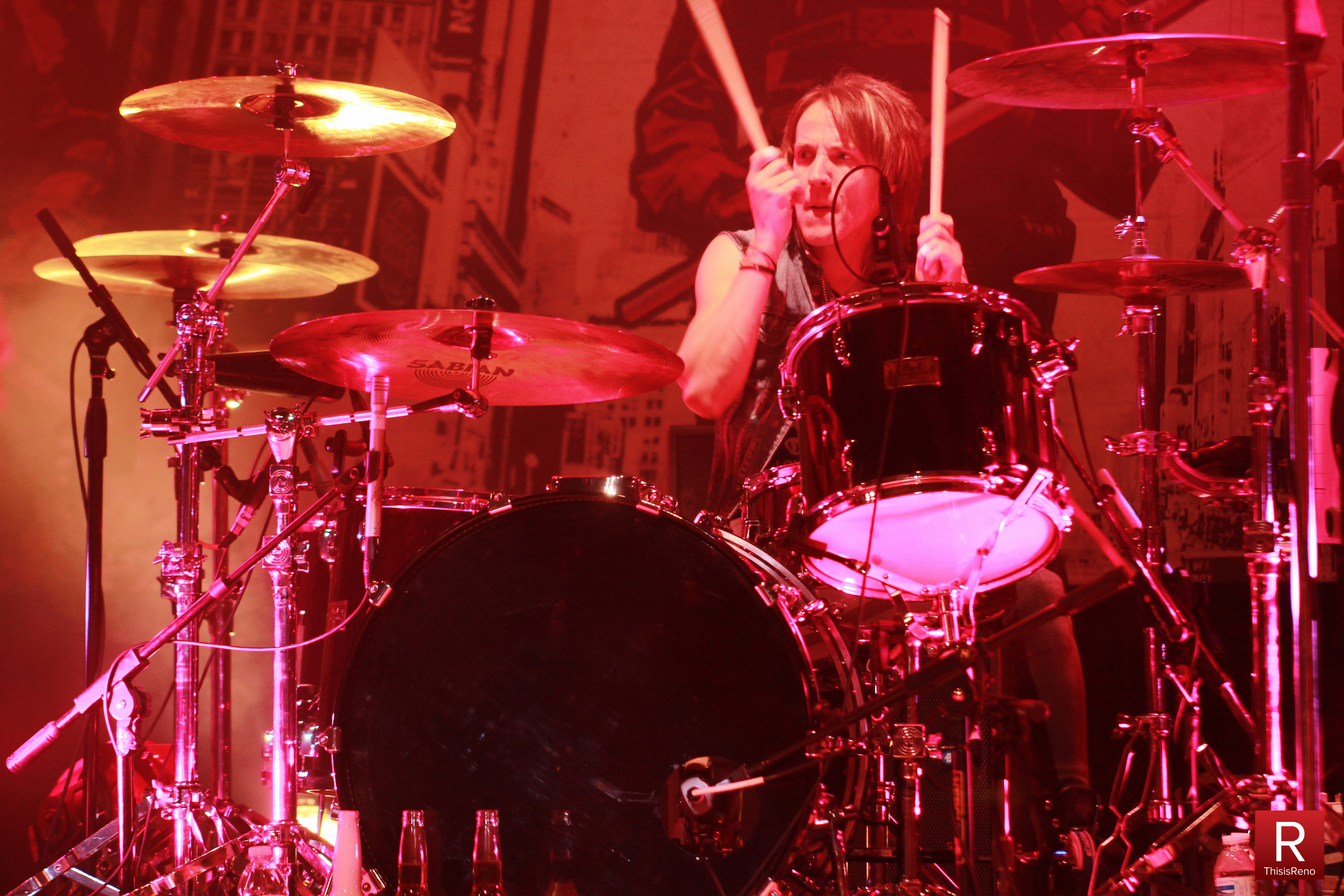 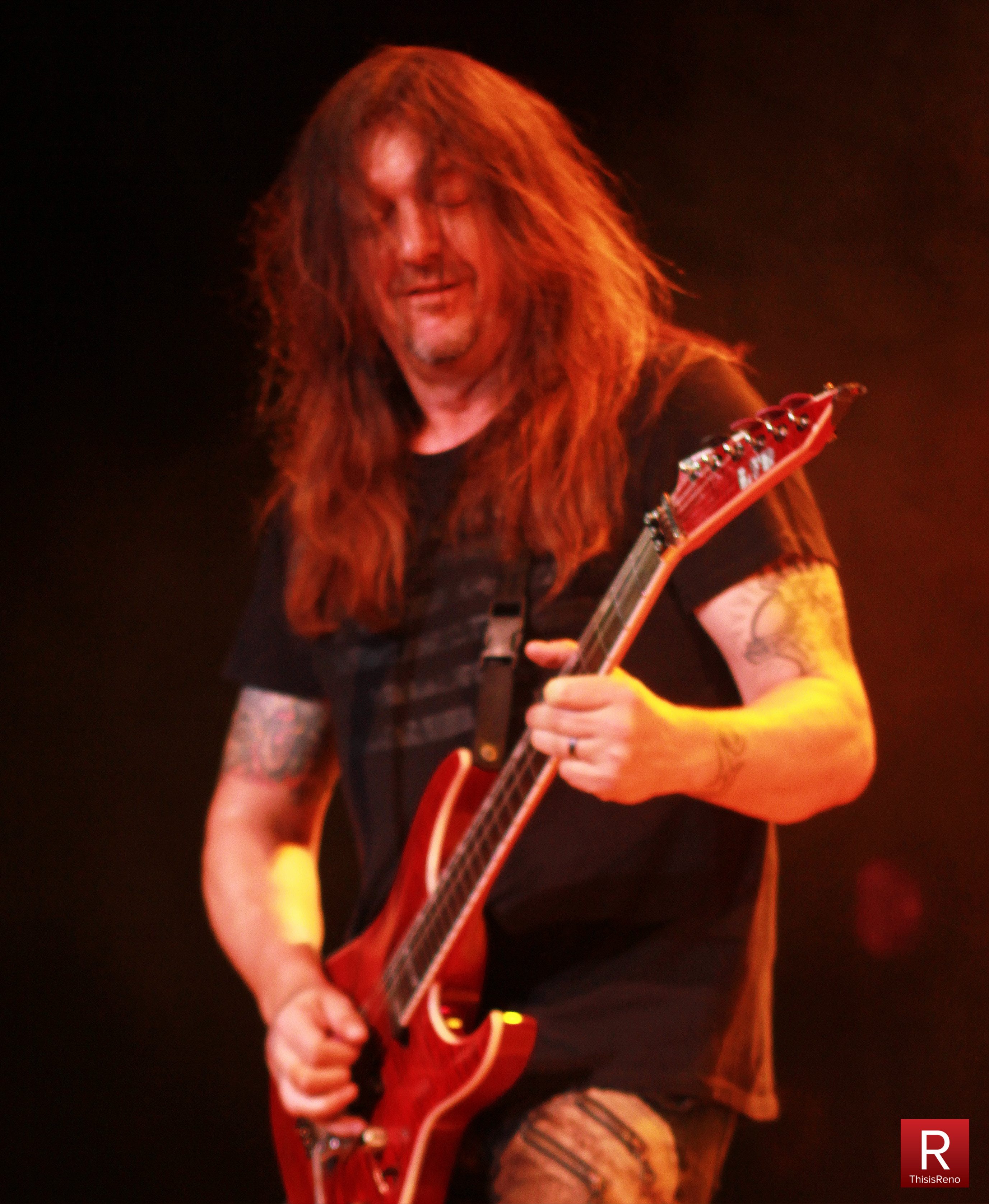 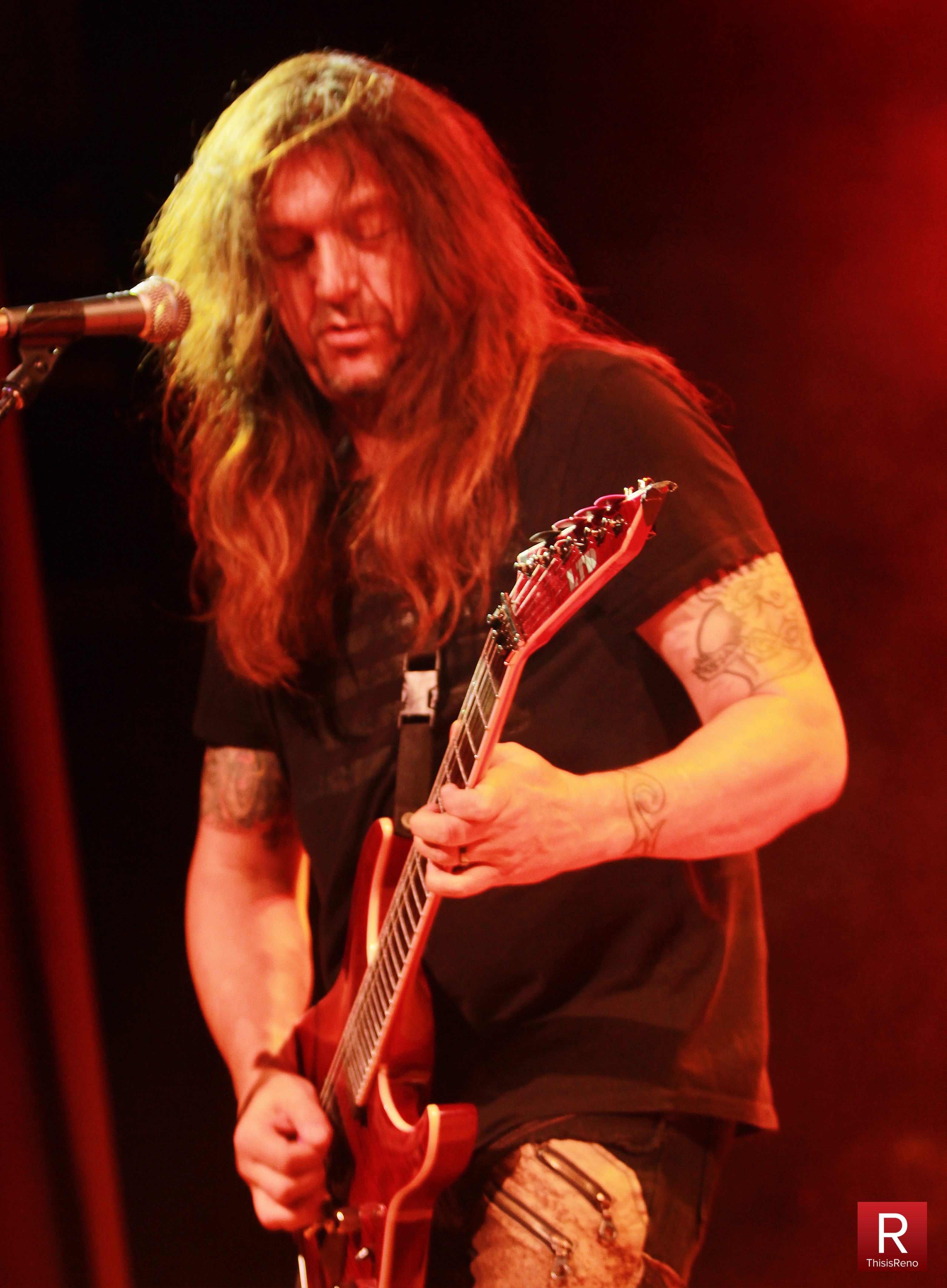 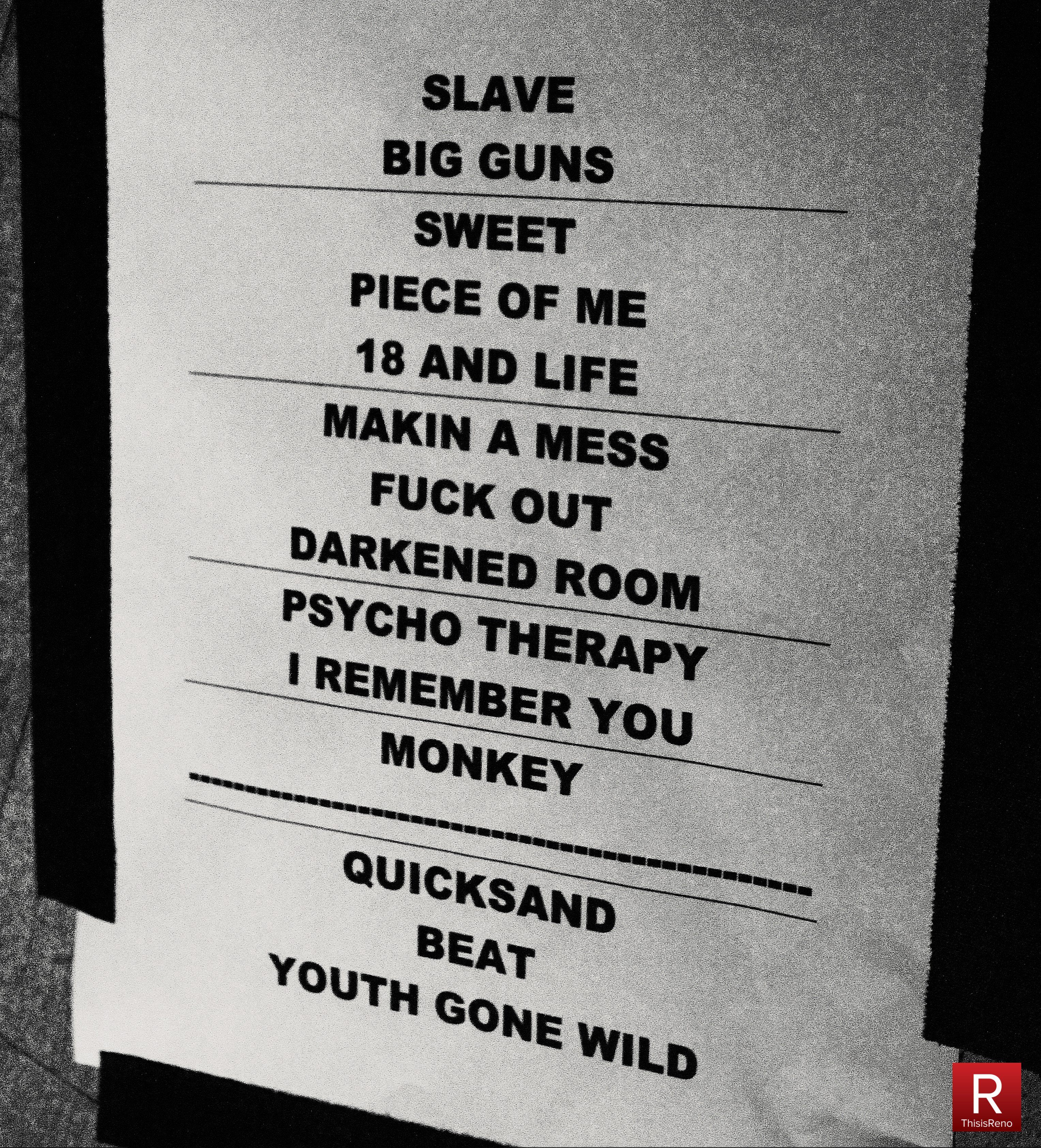 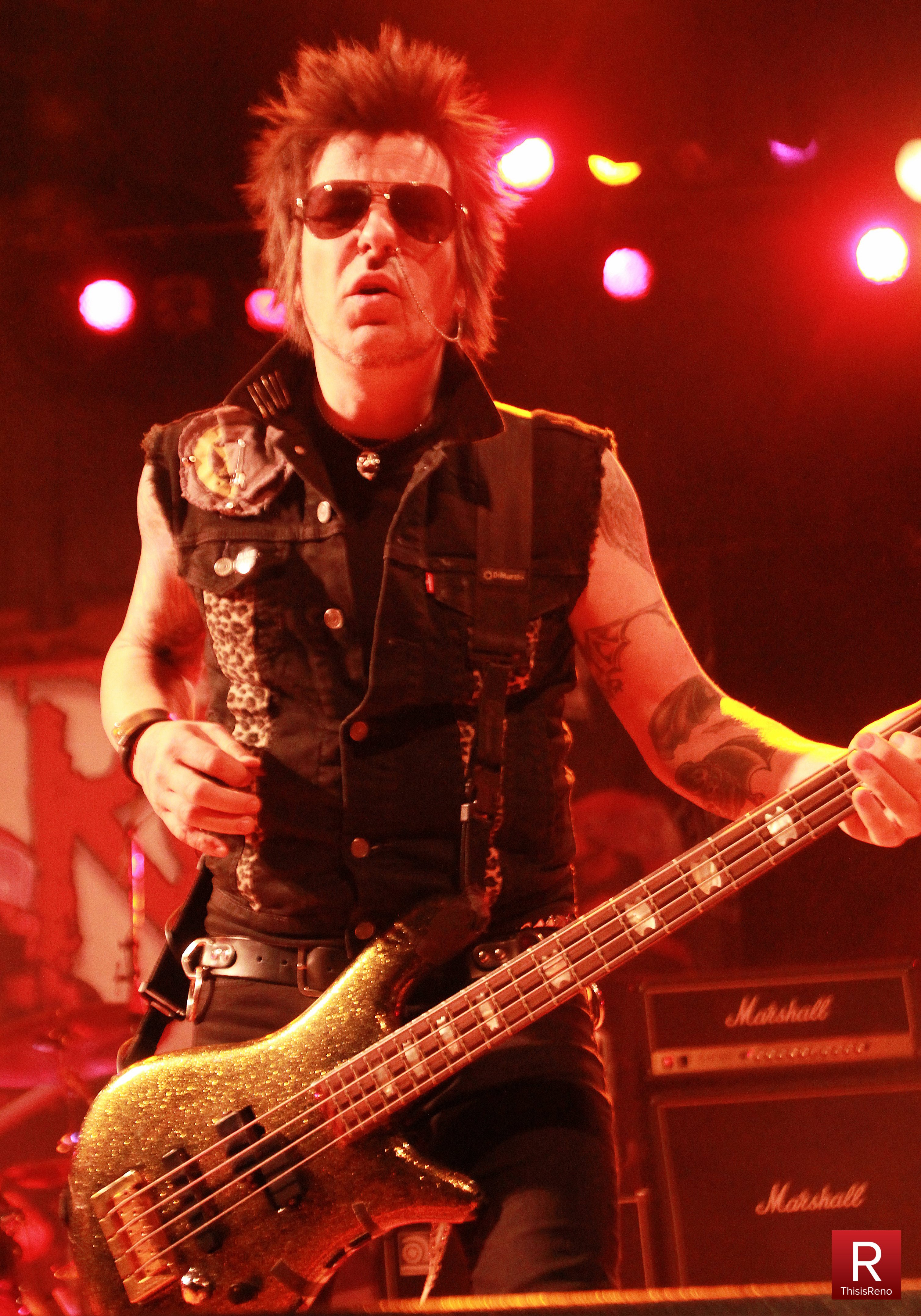 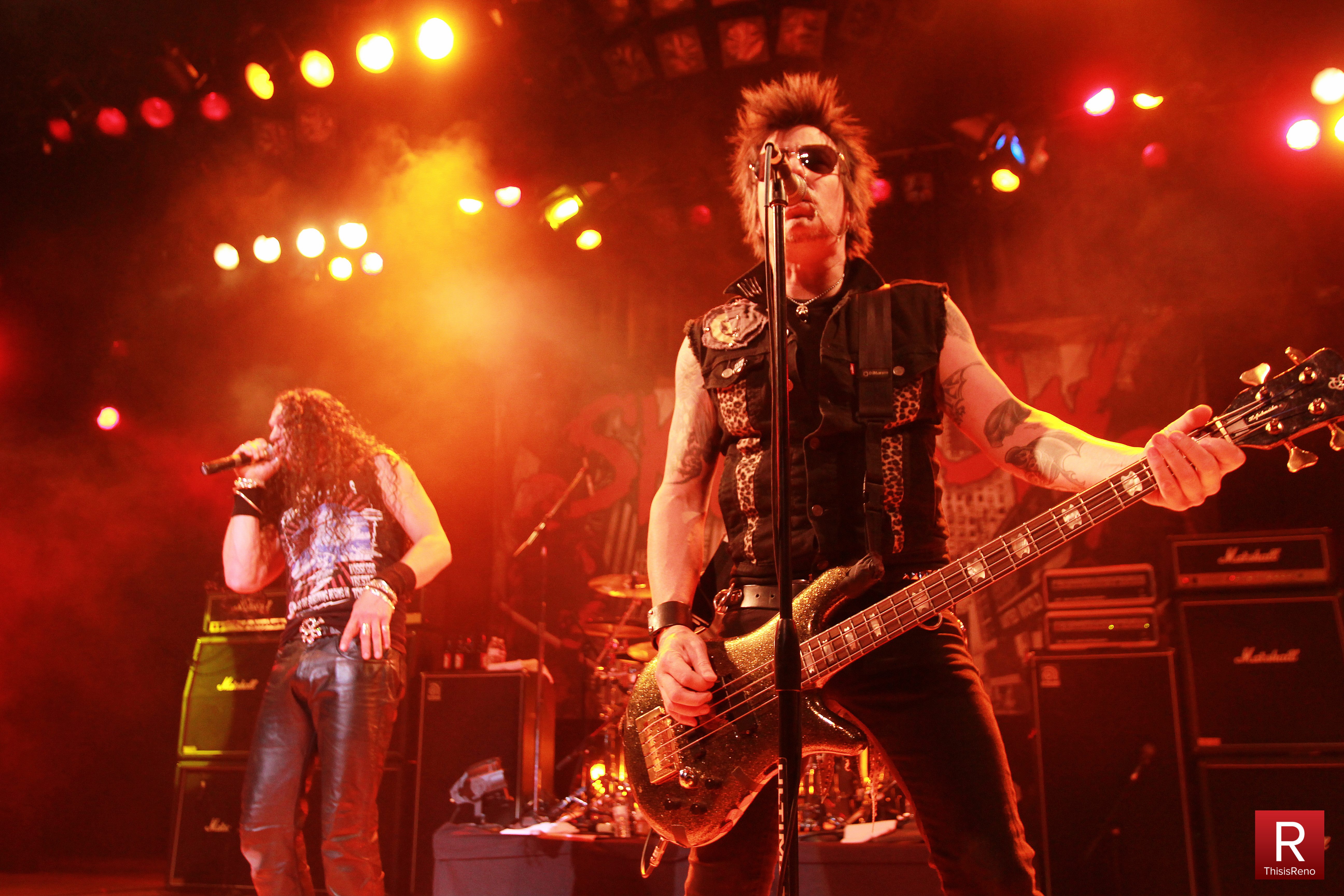 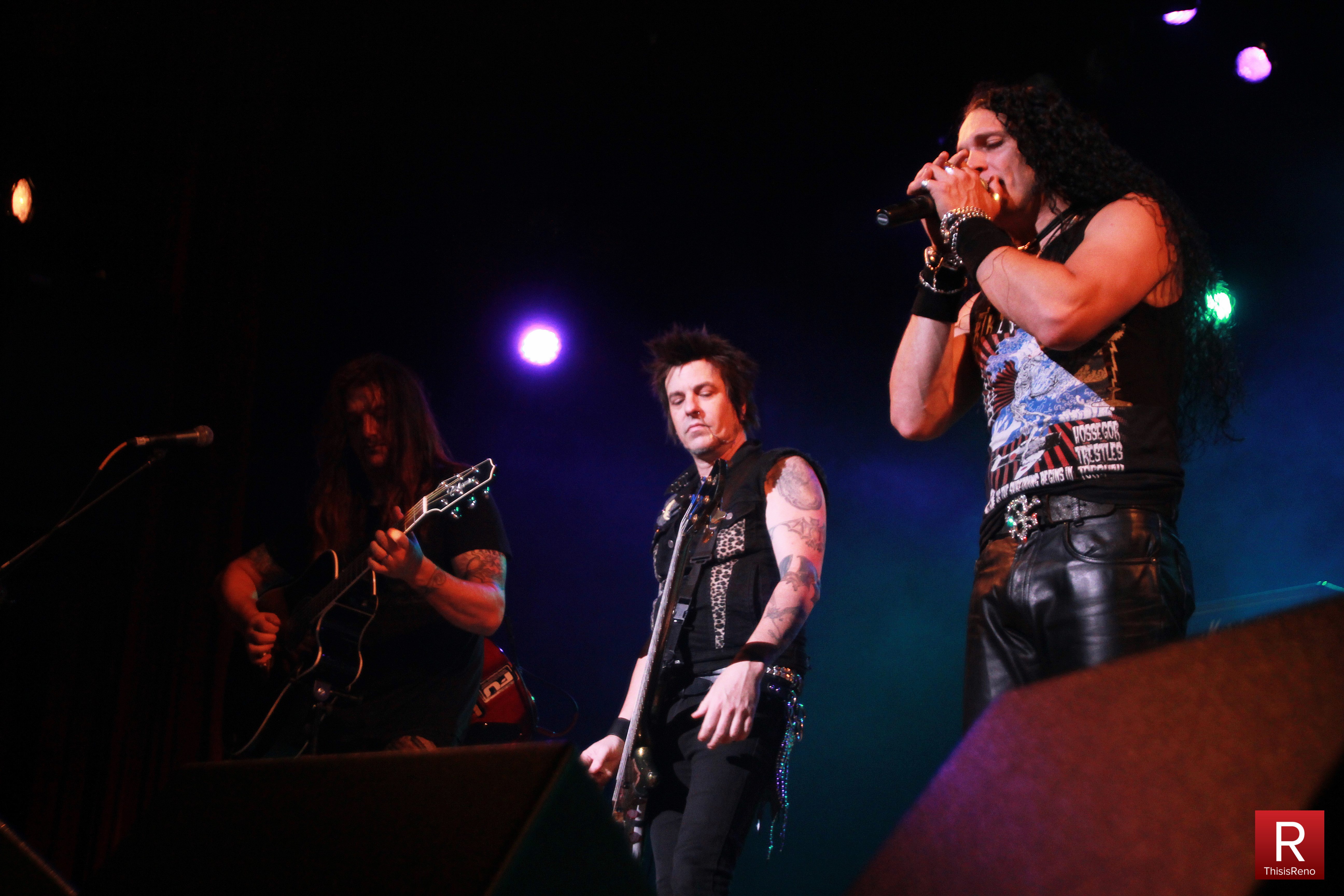 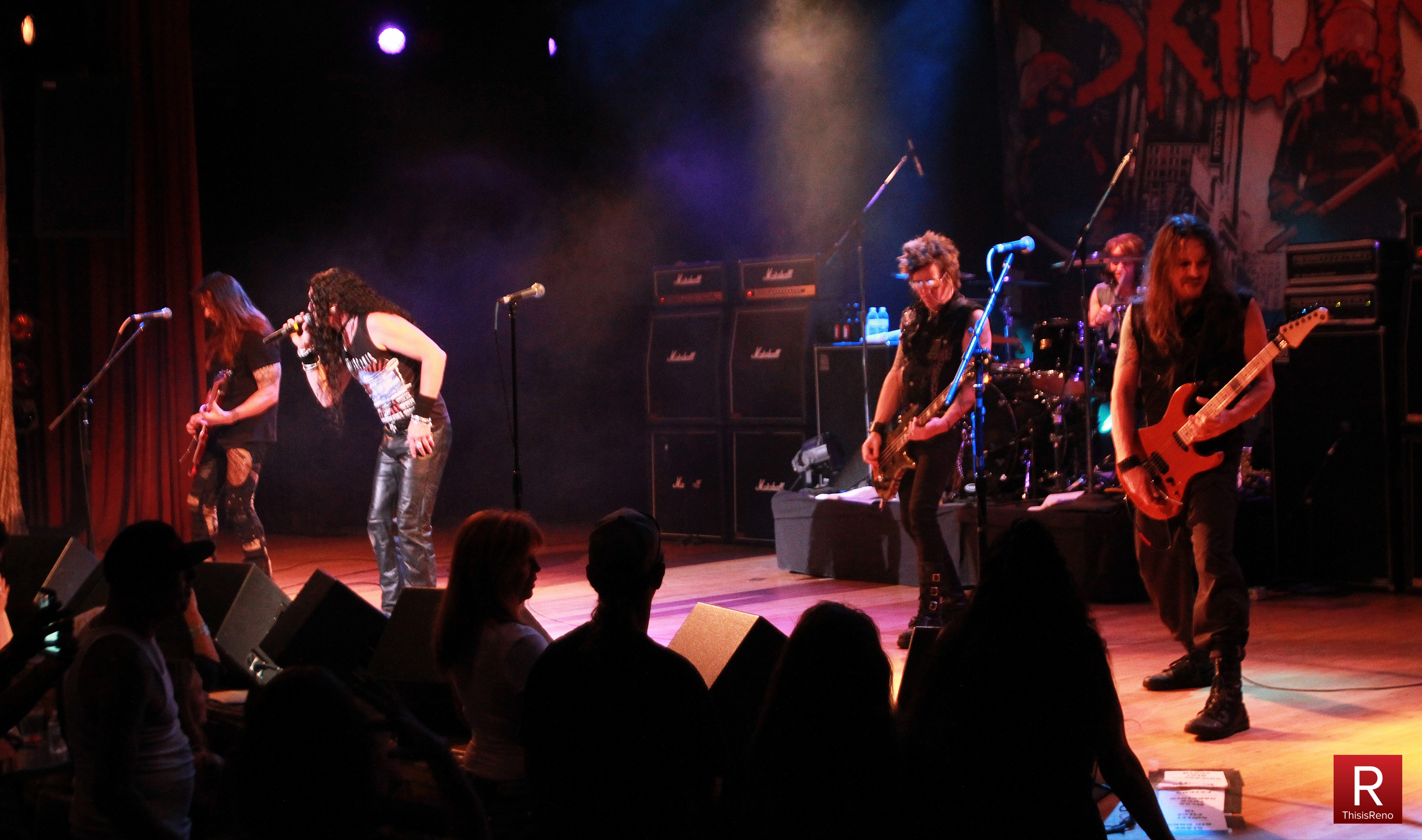 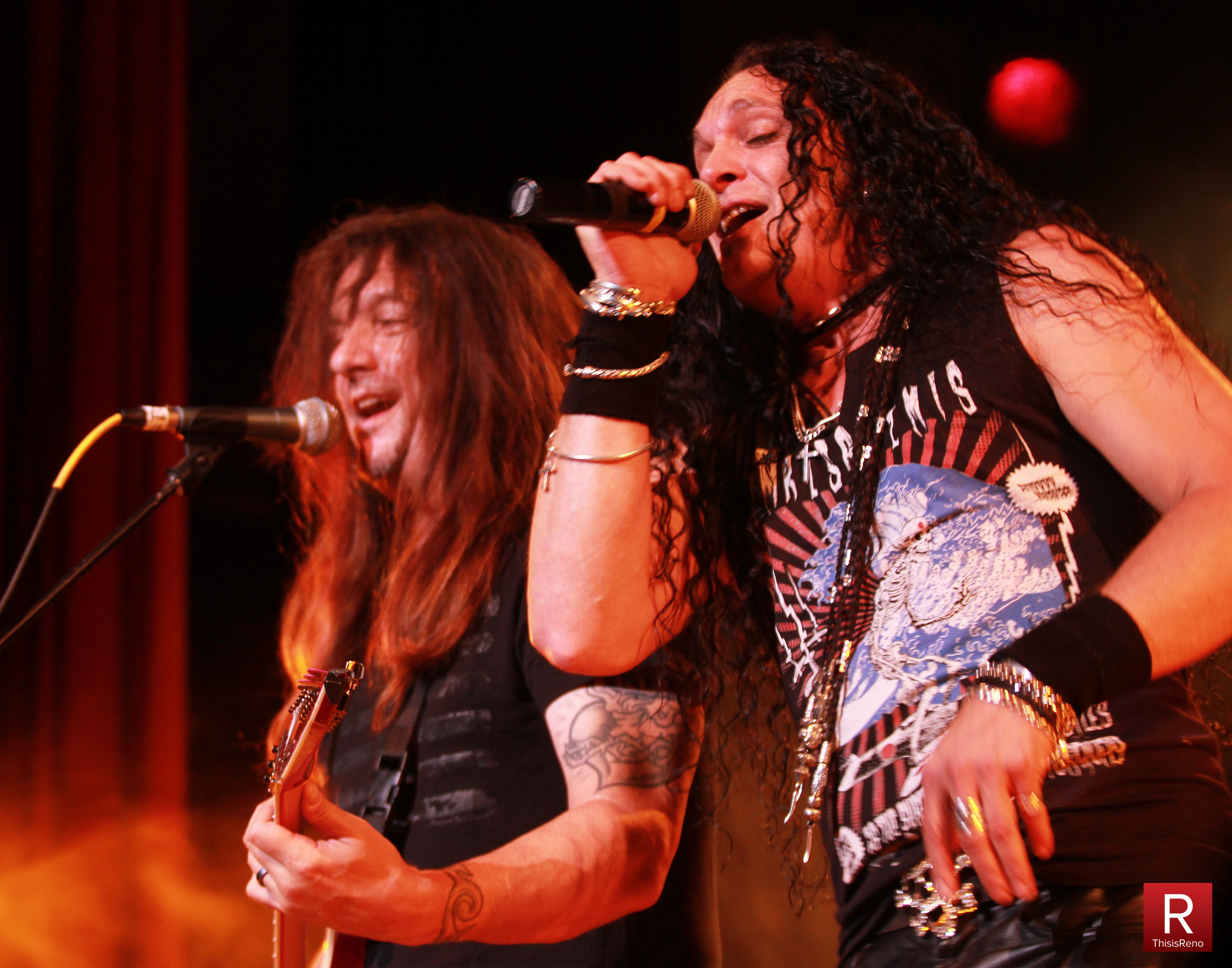 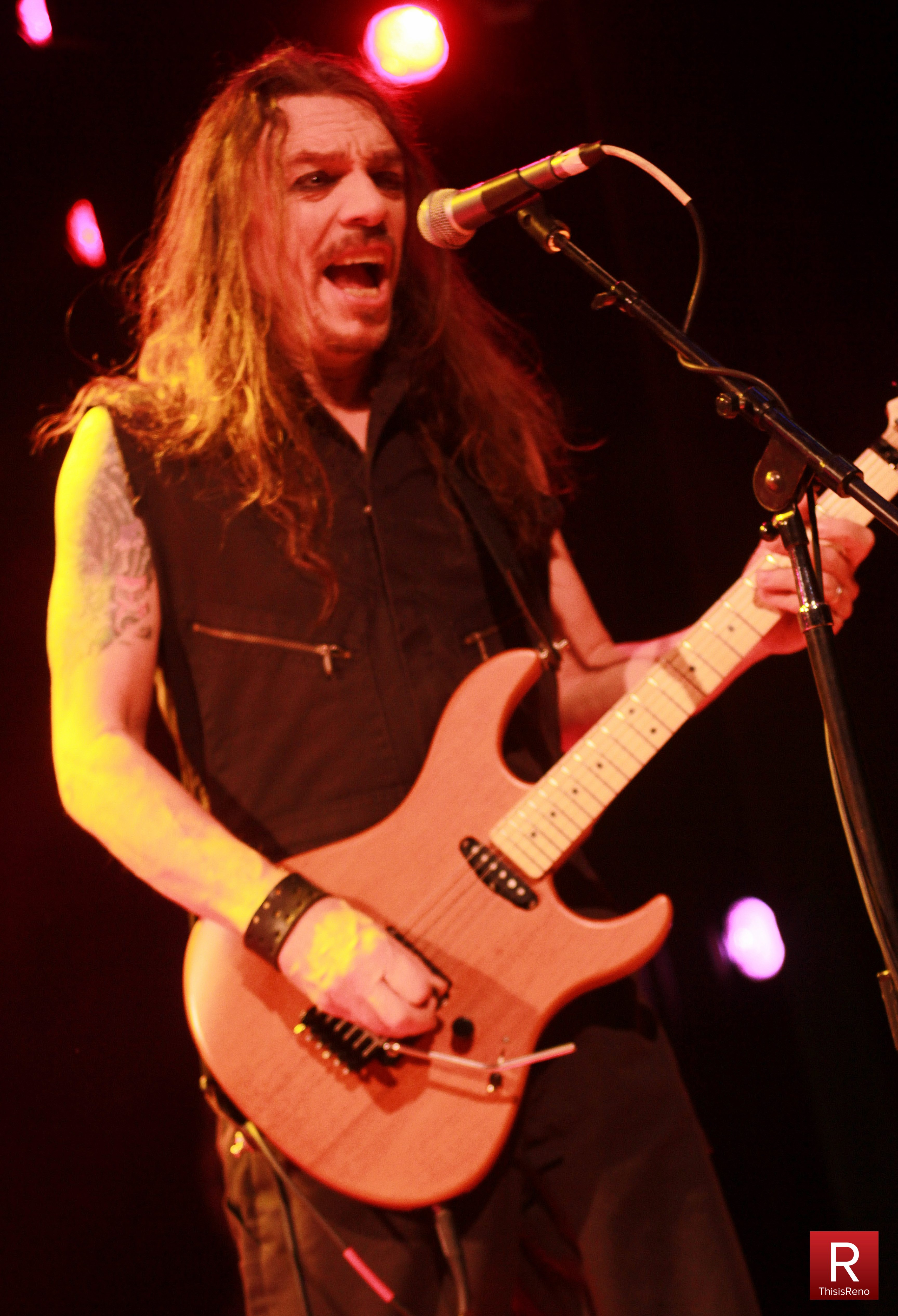 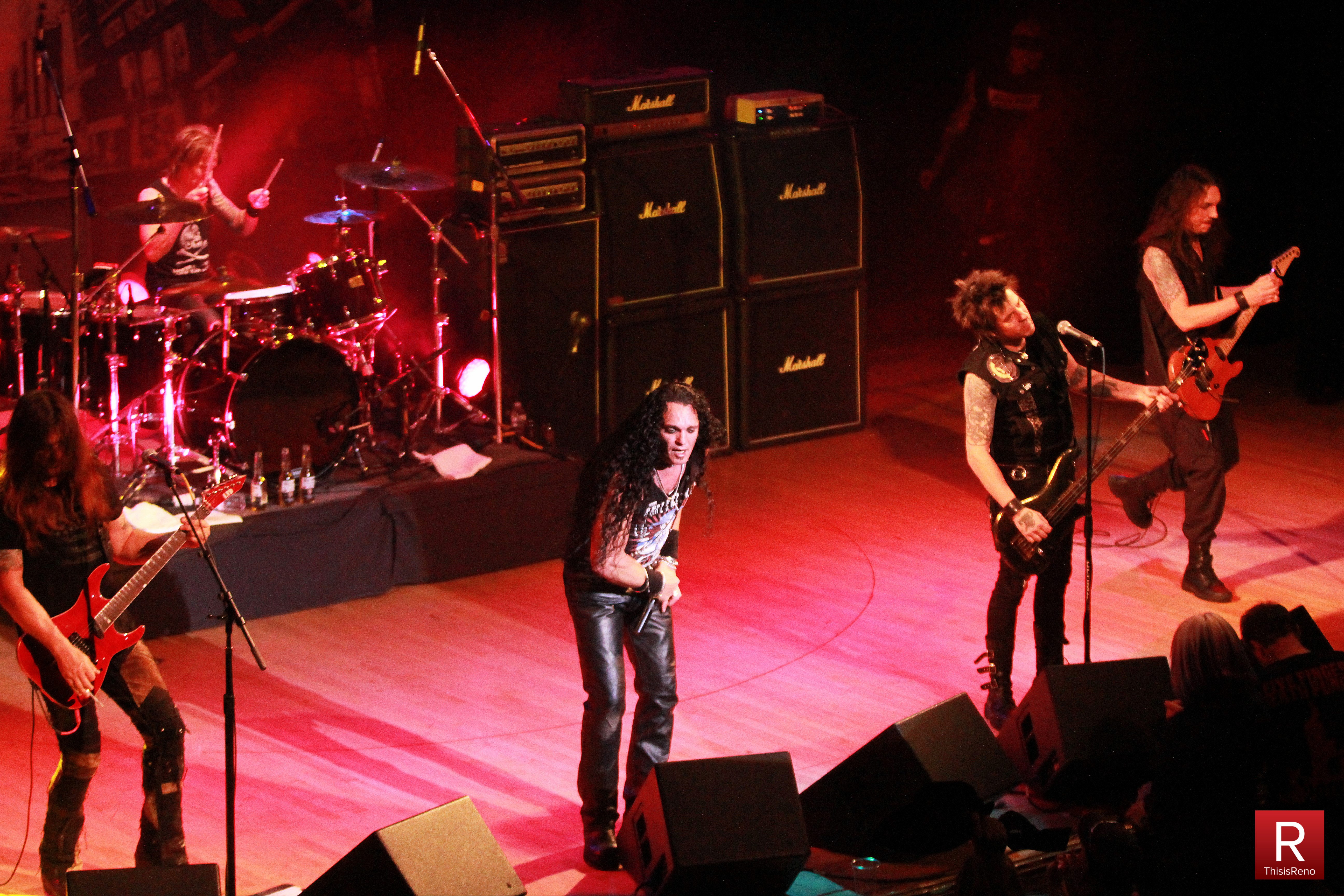 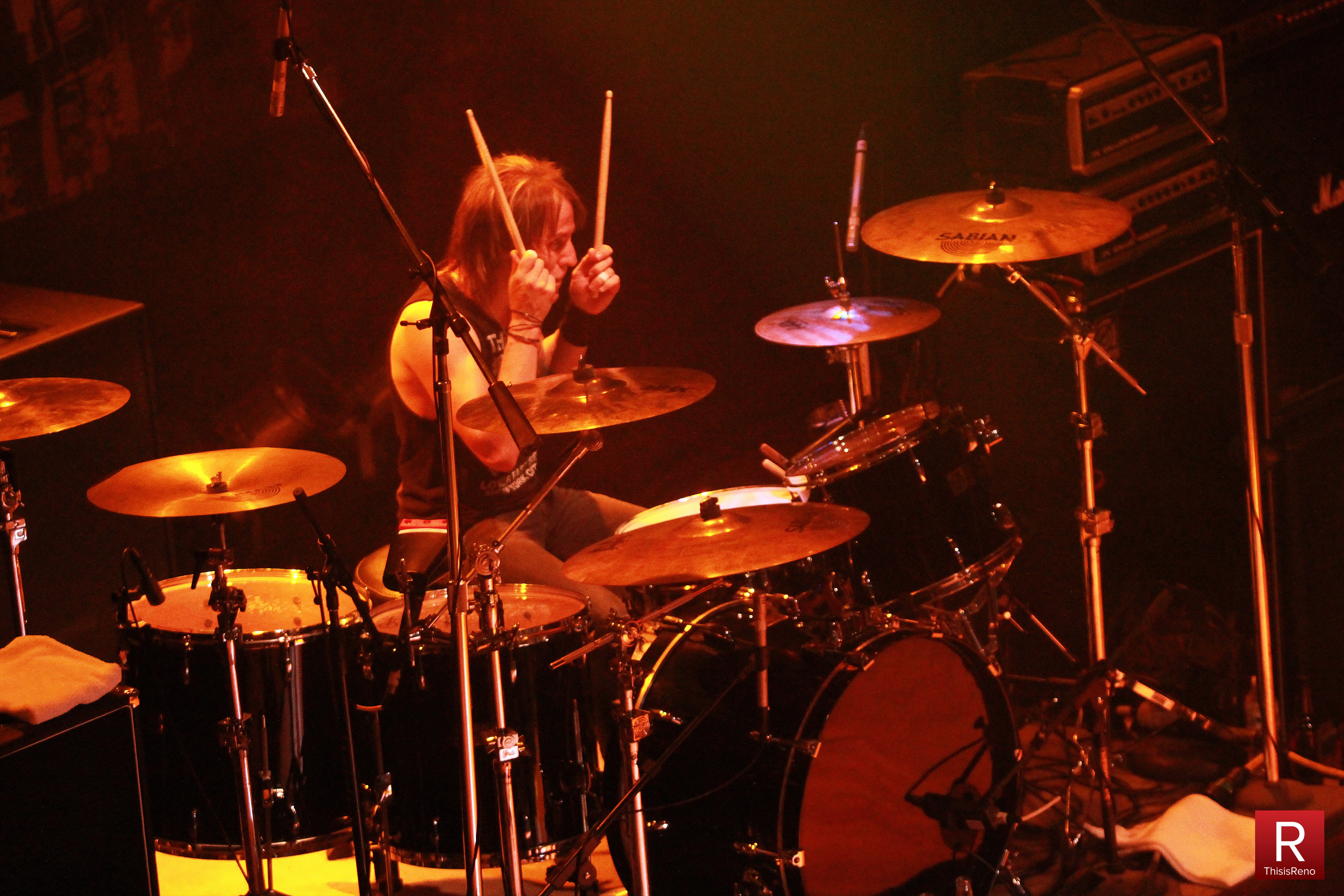 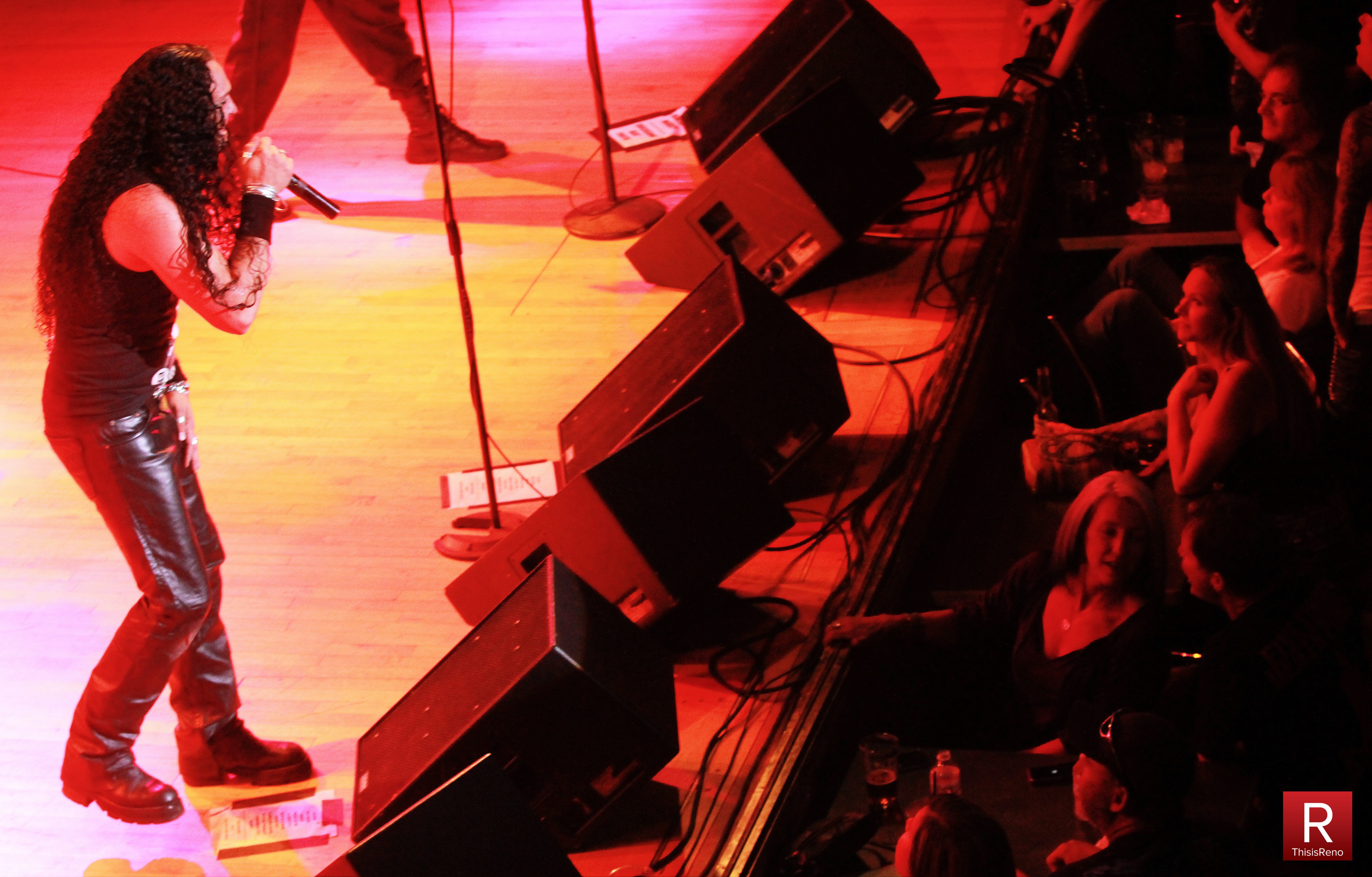 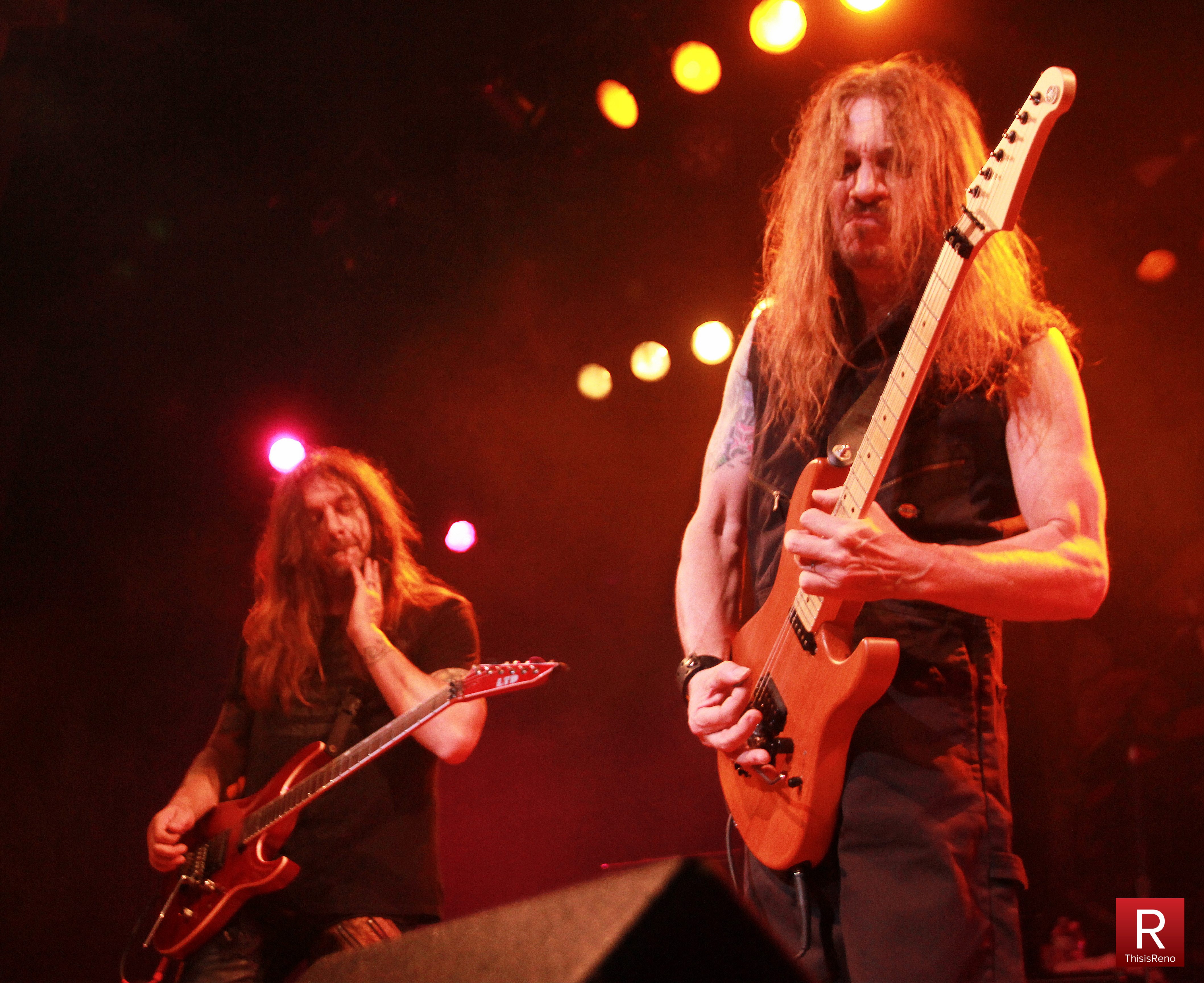 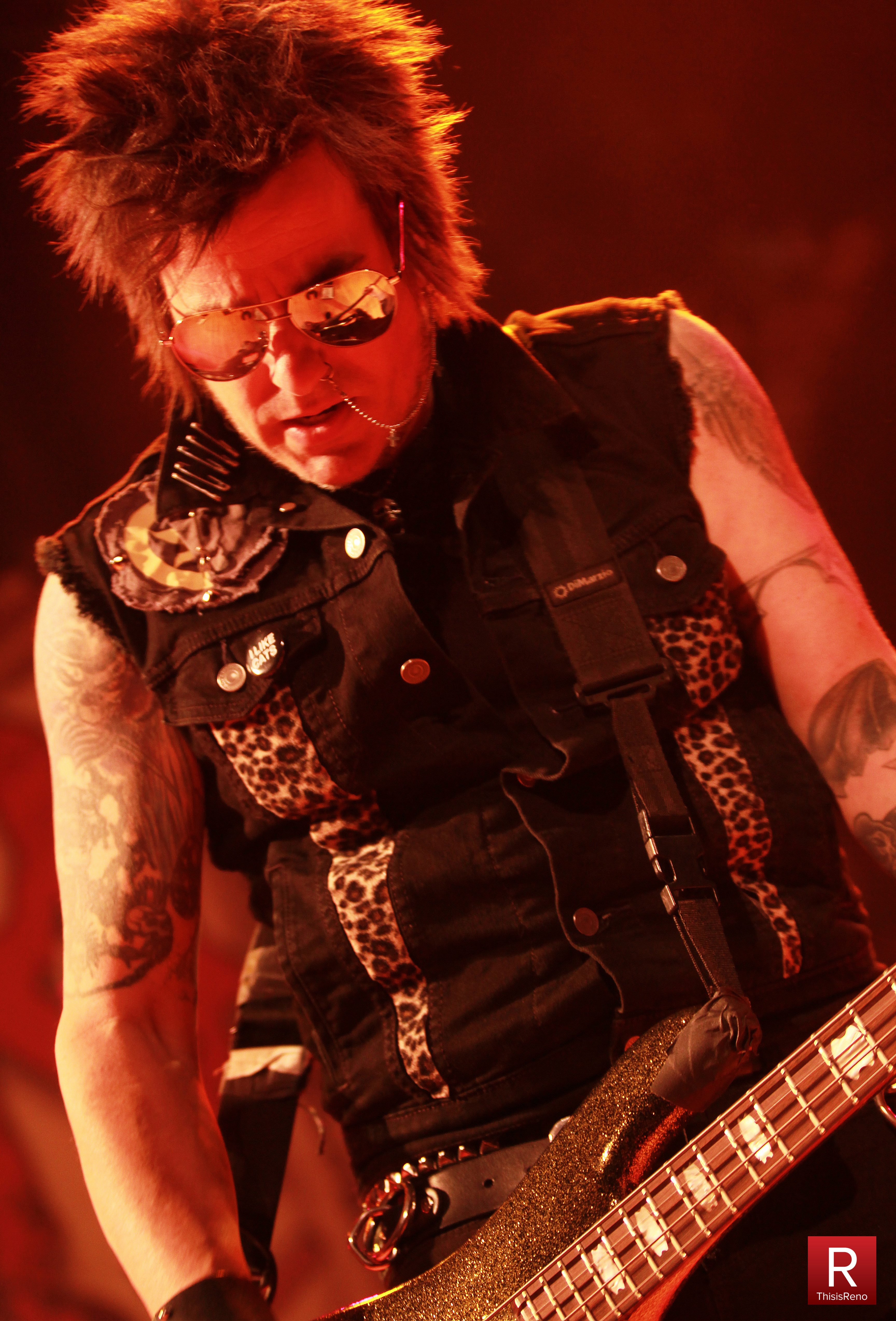 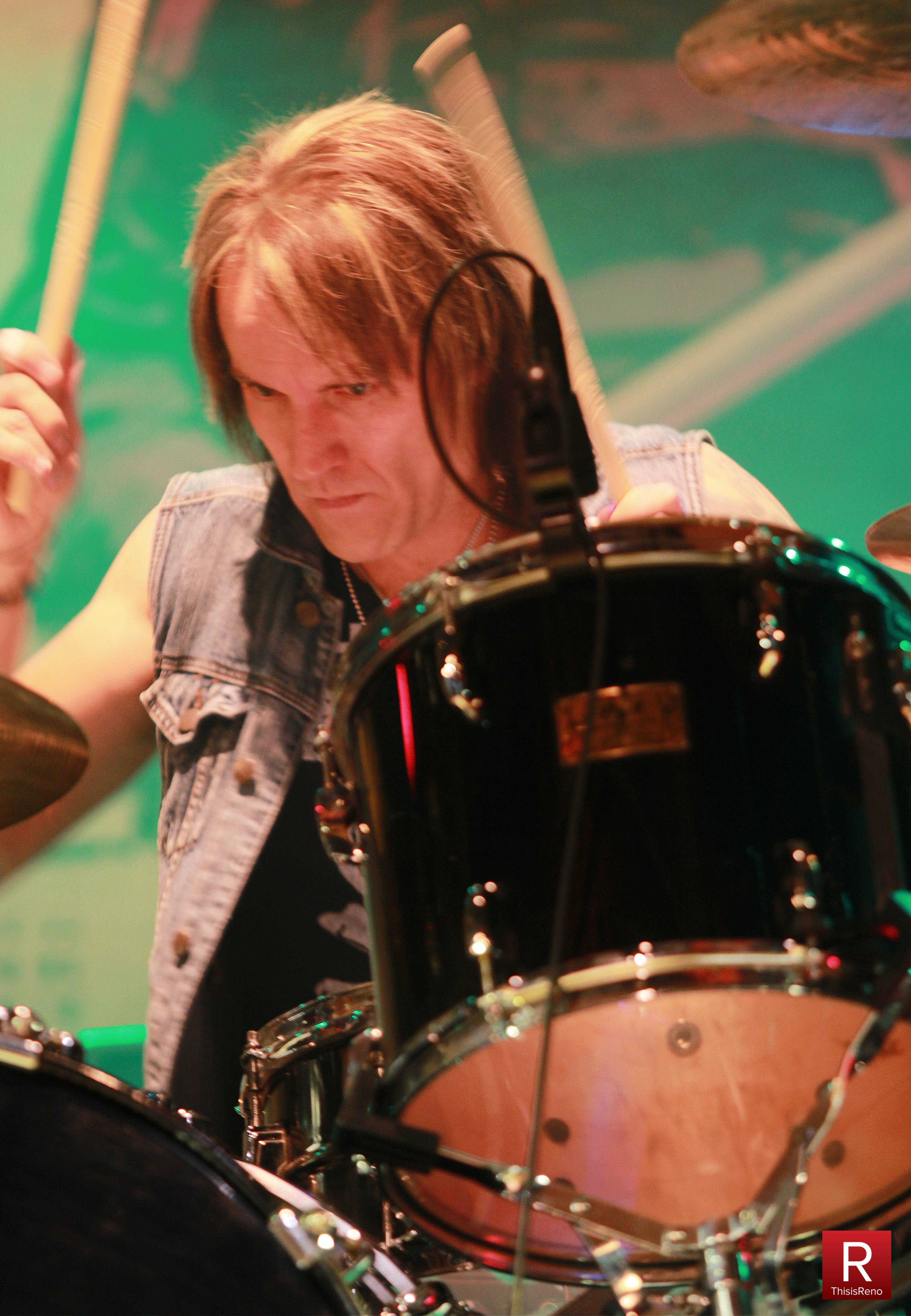 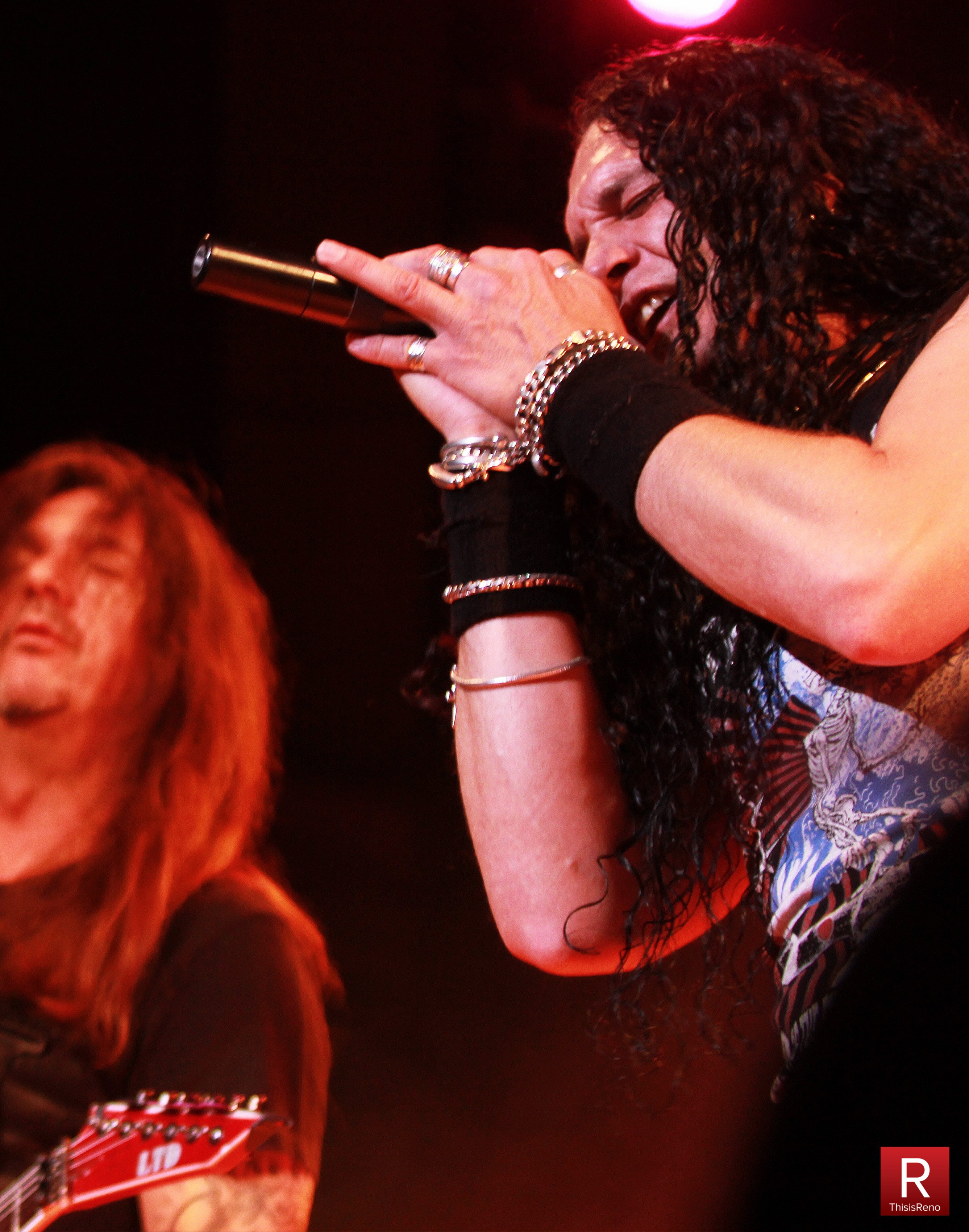 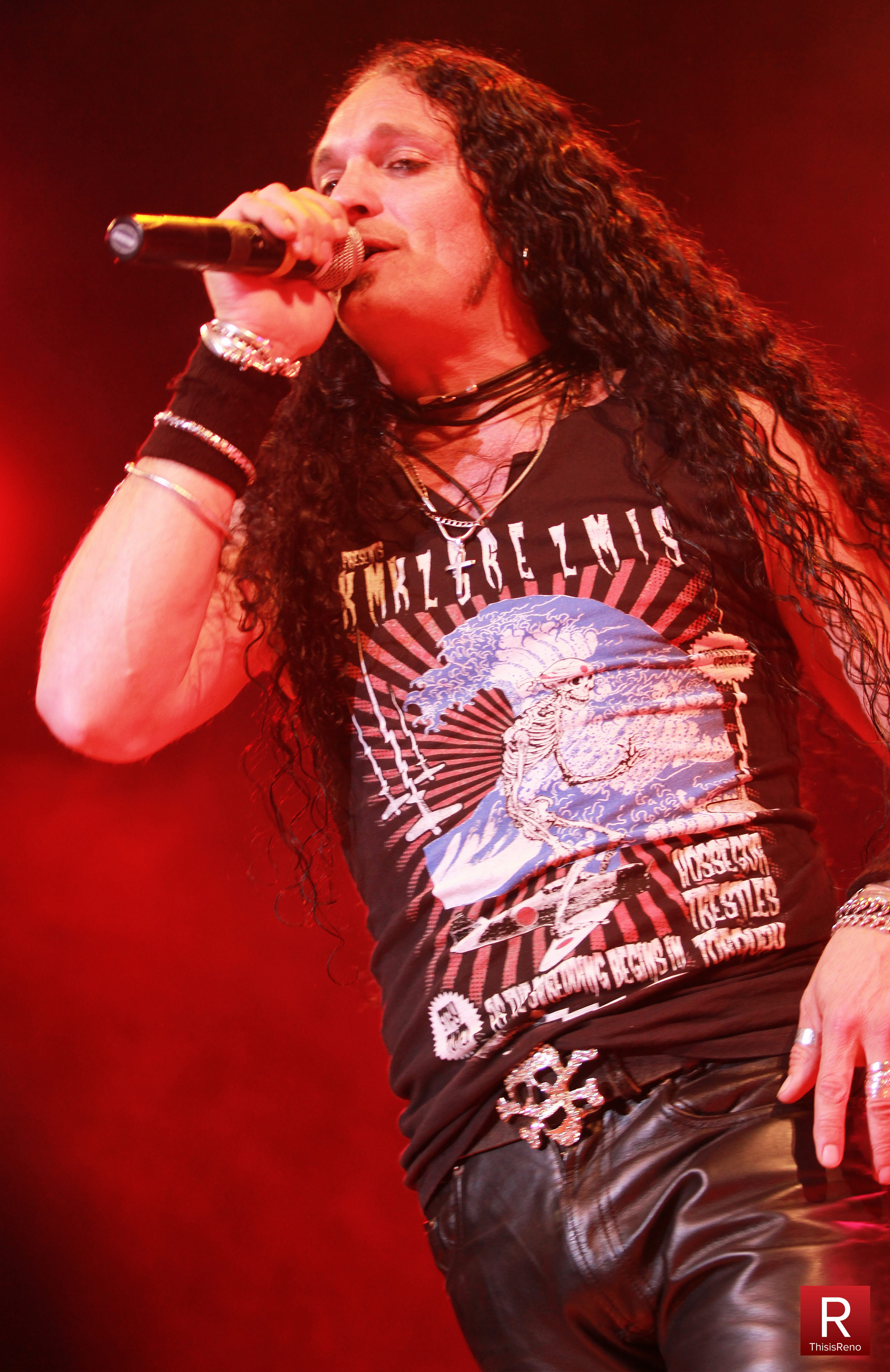 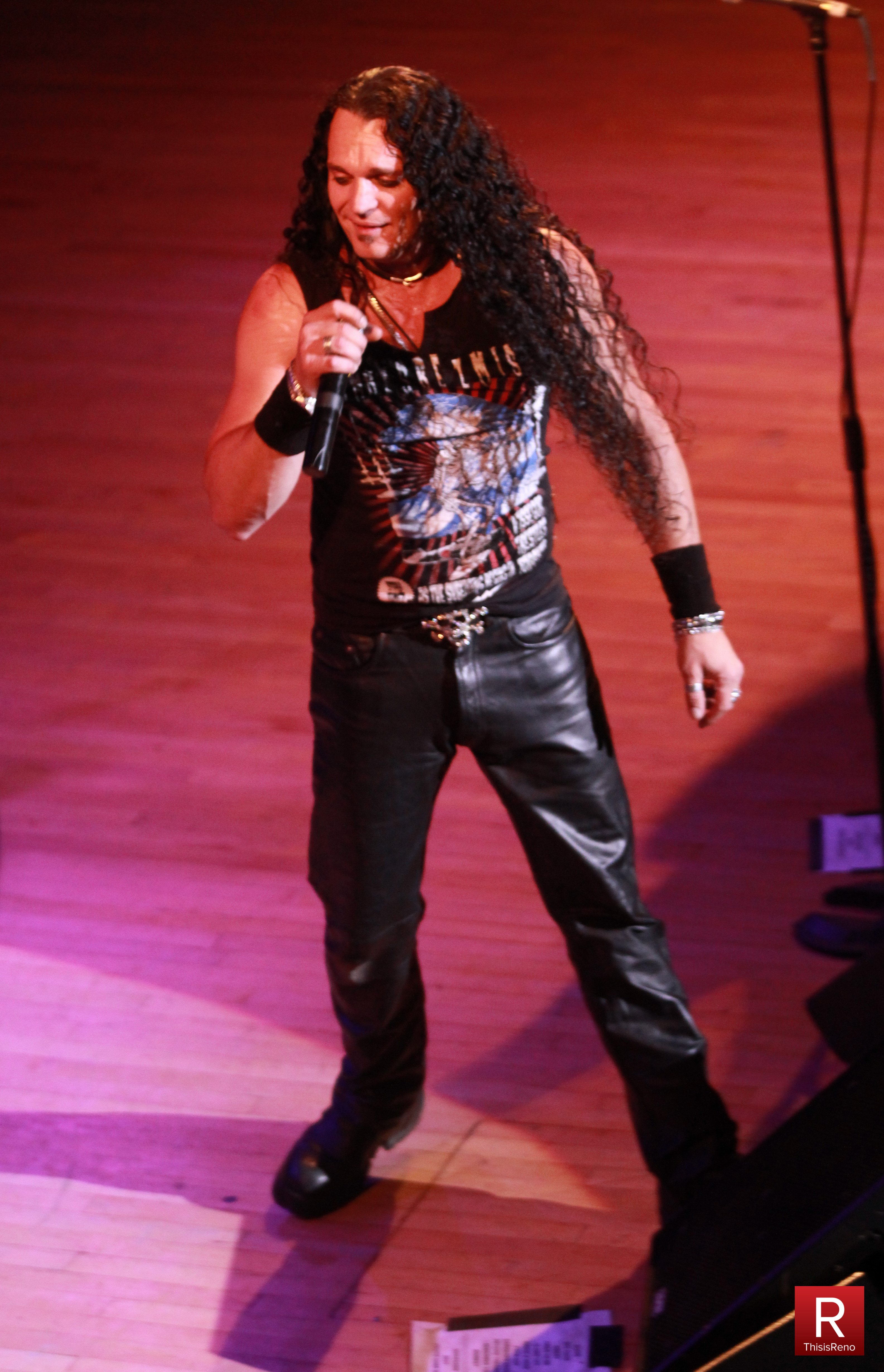 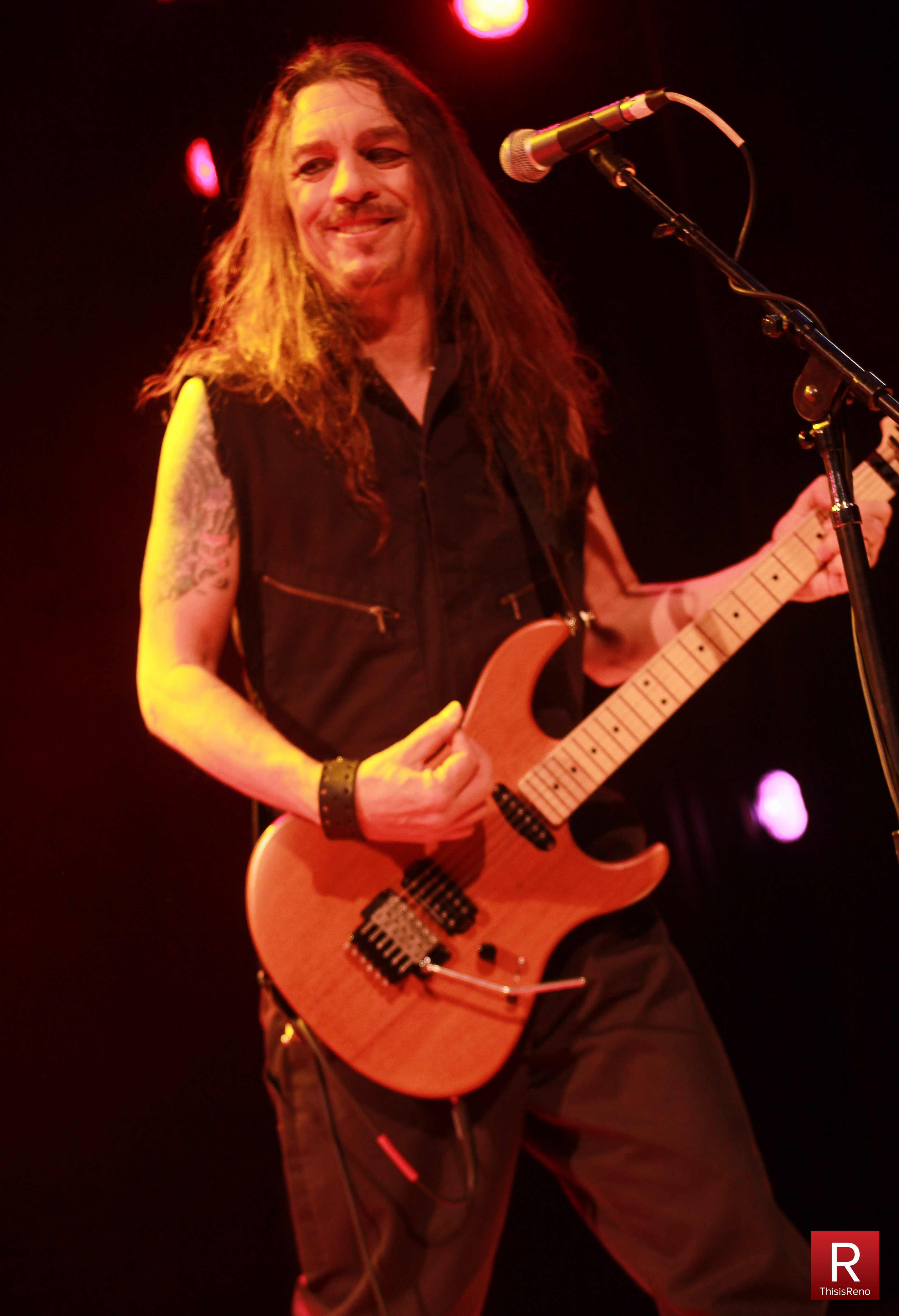 80’s metal rockers Skid Row tore through Sparks to rock the Celebrity Showroom located inside the Nugget Resort Casino for a one night only show. Attendance for the nearly seven hundred seat venue was pretty good with well over five hundred hard core ready to rock Skid Row fans.

Skid Row’s set lasted nearly ninety minutes and went just like this (from the set list on stage):

This band has not lost a beat in the last twenty nine years, they came out stormin’ and continued to rock the whole night. Most of the fans in attendance were on their feet the whole set, singing every word to every song they played.

Bassist and one of the founding members of Skid Row Bolen gave praise to all of our men and women serving in the military and talked about his grandfather who also served.

Also during the set, lead vocalist and new frontman for the band Theart, who absolutely rocked every song to perfect perfection in my opinion, told the fans that he could tell that heavy metal music was obviously alive and kicking around here because of the the concert shirts that people were wearing. He then went on to read some of the shirts, Metallica, Black Sabbath, Megadeth, Motorhead, Five Finger Death Punch and then said, “oh, there it is, Motley Crue.” He just loved the fact that there was someone there that was wearing a Five Finger Death Punch concert tee in the audience.

After the show, the band went all across the front of the stage shaking hands, giving high fives and handing out lots of picks and a couple of drumsticks to the fans that were lucky enough to get the tables up front.

To think after all these years a band like Skid Row can still pack a venue and blow the roof off every night is just amazing, LONG LIVE ROCK & ROLL!

The Celebrity Showroom is definitely one of the greatest venues to see any show at, so many of the greats have played there for a lot of years and now we can add Skid Row to that list. To see who’s next, visit the Nugget website.

And don’t forget to support your local bands and venues, GO TO A SHOW!