Know Your Rights When Filming and Photographing The Police 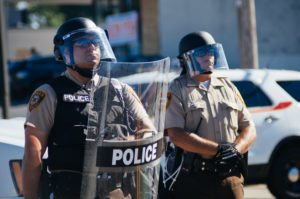 Recent events in the national media have raised questions about the legality of videotaping law enforcement. According to an article recently posted online at The Atlantic, the police shouldn’t ask you to stop filming them as they’re in a public place, carrying out their public service, and are naturally and legally subject to being recorded in public areas.

From the article in The Atlantic: “Photography is a form of power, and people are loath to give up power, including police officers. It’s a power struggle where the citizen is protected by the law but, because it is a power struggle, sometimes that’s not enough,” says Jay Stanley, a senior policy analyst at the American Civil Liberties Union (ACLU).

Additionally, police officers cannot confiscate or demand to view the audio or video you’ve recorded without a warrant. Even with a warrant, they cannot delete files. In short, it is recommended that you do not interfere with law enforcement, but legally, you have the right to videotape them from a reasonable distance if it does not interfere with their activities.