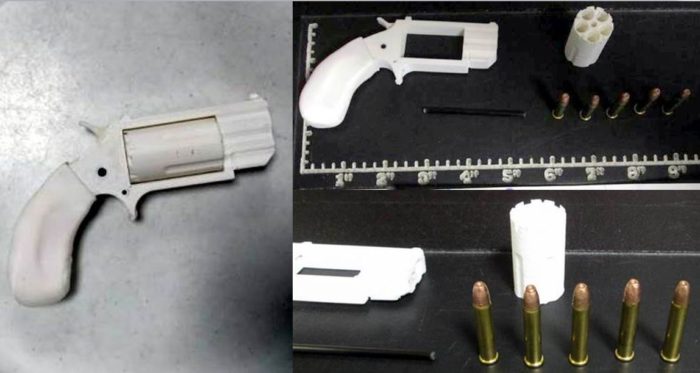 TSA announced on Friday that a loaded, 3D-printed firearm was discovered trying to pass through a TSA checkpoint at the Reno-Tahoe International Airport.

On the TSA blog, Bob Burns wrote that, “One of the 68 firearms discovered in carry-on bags this week was a printed firearm. It was assembled with parts made from a 3D printer.

“While it was a realistic replica, it was loaded with live ammunition. This was a good catch from the TSA team at Reno (RNO)! While firearms are permitted in checked baggage, we strongly suggest making yourself familiar with local laws prior to flying with a printed firearm.”

Burns recommended that readers brush up on how to travel legally with firearms by following this link for information: https://www.tsa.gov/travel/transporting-firearms-and-ammunition

“Unfortunately these sorts of occurrences are all too frequent which is why we talk about these finds,” Burns wrote. “Sure, it’s great to share the things that our officers are finding, but at the same time, each time we find a dangerous item, the line is slowed down and a passenger that likely had no ill intent ends up with a citation or in some cases is even arrested.”

He noted that the passenger could face a penalty as high as $11,000.

“TSA discovered 68 firearms this week in carry-on bags around the nation. Of the 68 firearms discovered, 59 were loaded and 21 had a round chambered,” Burns calculated.