Woman Arrested For Murder After Shooting at Oxbow Park 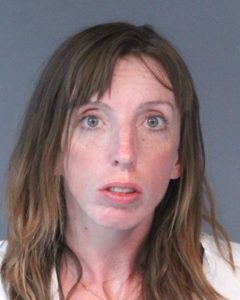 Katherine Fletcher was arrested after a report of a shooting on Dickerson Road at Oxbow Park.

The Reno Police Department said today that last night, about 8 p.m., officers responded to the park.

“When officers arrived, they found a male with a single gunshot wound to his torso, lying on the ground,” RPD said in a statement. “The officers attempted life-saving efforts until REMSA paramedics arrived and transported the victim to Renown Medical Center. The victim ultimately succumbed to his injuries.”

Fletcher was identified as a suspect and an acquaintance of the victim, said RPD, and investigators established probable cause to arrest for murder.

The victim’s identity is pending next of kin notification.