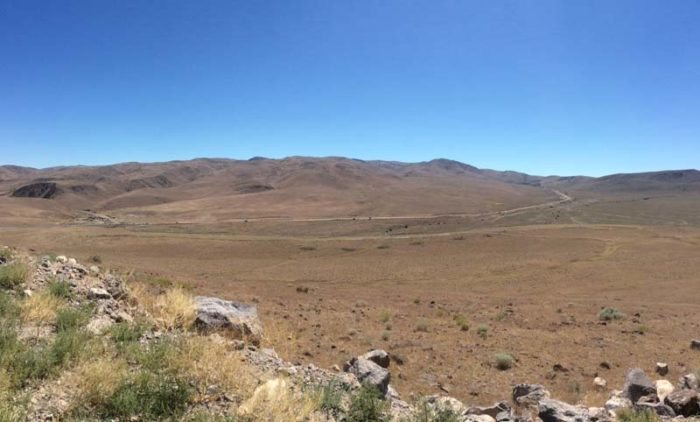 The Nevada Department of Transportation (NDOT) issued a condemnation letter in June to the owners of two parcels in Silver Springs that the state said it needs to complete the USA Parkway.

Condemnation is basically the same as eminent domain.

“Eminent domain is a right granted to the Nevada Department of Transportation to take private property for public use, with compensation,” said Meg Ragonese, NDOT’s public information officer.

USA Parkway, which will connect Interstate 80 with U.S. Highway 50 east of Sparks, construction begins soon, according to the state.

But one last piece of property is needed, and after failed negotiations with the property owner, the state transportation board is scheduled to hear the matter Monday, July 11, 2016 at 9 a.m. in Carson City.

Dario Passalapi, a developer and private property owner of the Silver Springs property, said that he purchased the land to build a gas station to serve the highway’s drivers, but when he closed on the property he discovered NDOT had plans to build the highway through the parcel.

He said he then bought the adjacent parcel for the gas station. Although he purchased the land for $449,000 in 2015, state records show that NDOT originally offered less than half the land’s original value, or $207,000, later in the same year.

Passalapi said independent appraisers have valued the property at $750,000 to $1.6 million, but NDOT disputes these values.

Passalapi ultimately made his lowest counteroffer of $755,000. State documents claim his lowest counter offer was $855,000, and two letters were hand-delivered to him by an NDOT employee last month notifying him of the condemnation.

At this point, Passalapi said he “doesn’t want to sell. Just move the road, and I’ll be happy.”

NDOT Public Information Officer Meg Ragonese said that nobody from the agency could comment on this particular case, but News Channel 4’s Terri Hendry reported on the story in June.

“We owe it to the taxpayers to pay fair market value, but we also are obligated under strict laws to fairly compensate property owners,” she said. “Lowballing is against the law.”

After the Monday hearing, Passalapi said that it could be up to a judge to decide the property’s fair market value, an option that he said would force him into expensive litigation.

He said he is losing thousands of dollars a month while his property remains undeveloped because of how long the negotiations with NDOT have taken.

“A condemnation resolution is requested so that the Department can certify right-of-way to meet the project schedule,” according to NDOT documents.

Ragonese sent a statement that said NDOT’s offer is fair for everyone: “The goal is to treat homeowners, business owners and tenants as fairly and equitably as possible and to be sure they will not suffer disproportionately as a result of projects designed for the benefit of the public as a whole.

“But, it’s also important to remember that we must protect Nevada taxpayers by ensuring that properties needed for highway improvements are purchased at reasonable market value and are a valid use of taxpayer funds.”

Rail Coalition: Trains are the ticket to zero emissions