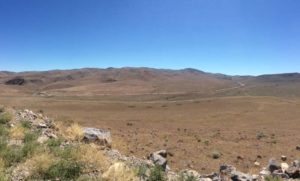 The Nevada Board of Transportation voted today to use its powers of eminent domain to issue a condemnation over private property in order to construct the USA Parkway east of Reno.

Property owner Dario Passalalpi told the board that he has repeatedly tried to negotiate in good faith with the Nevada Department of Transportation (NDOT) to come up with a fair price for the property he purchased in 2015.

He said it took more than six months after he found out the Parkway was slated to go through his property for NDOT to give him an offer on two parcels of land.

Passalalpi said that independent appraisers have valued the land from $750,000 to $1.6 million. He ultimately countered the state’s offer at $755,000 but verbally offered less than that.

“We had lowered our demand … in the interest of resolving the matter amicably and avoiding any further litigation or issues,” Passalalpi said. “We’re trying to be reasonable.”

But today, the board voted to issue condemnation on the property in order to meet construction deadlines.

Board chair Governor Brian Sandoval said he was surprised that the state had not been able to successfully negotiate with Passalalpi, noting that the difference between the state and Passalalpi’s offers is $300,000.

“We spend a lot more than this in legal fees,” Sandoval said. “We’re not going to negotiate this right now. I can’t believe we are as close as we are that we can’t sit down and get this resolved. I think there needs to be a little bit of sense of urgency to sit down with the property owner. I think we’re close enough to get this done.” 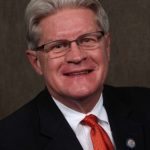 Board member and State Controller Ron Knecht voted against the condemnation.

“I am going to…register my displeasure with the failure of NDOT to be as responsive and as forthcoming and as timely as they could’ve been with regard to the property owners by casting a ‘no’ vote on this,” he said.

NDOT said that it will continue to negotiate with Passalalpi despite the condemnation.

“It doesn’t prevent us from reaching a resolution,” said NDOT Director Rudy Malfabon.

Rail Coalition: Trains are the ticket to zero emissions