The Sands Summer Concert Series Rocks Out with Tribute Bands

There’s no better way to rock out in Reno at the Sands Summer Concert Series showcasing tribute bands for Van Halen, Billy Idol and ZZ Top under the tent in the Sands parking lot.

Formed in 1999 to showcase Van Halen’s David Lee Roth hits, Hot For Teacher (HFT) has been relentlessly performing throughout the United States, thrilling concert-goers and dedicated fans. Hot For Teacher brings to the stage everything fans of the world’s greatest party band crave. Fans can expect both roaring and melodic lead vocals, Eddie Van Halen’s most stunning guitar solos, thundering 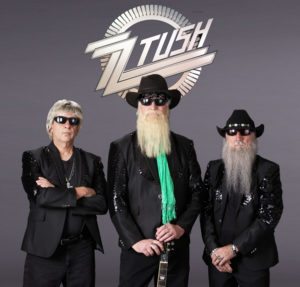 bass, massive drums, vocal harmonies and best of all, a good time.

Generation Idol is “The Billy Idol Tribute from LA” with Craig Knight as Billy Idol. Generation Idol has played more shows around the world than any other Billy Idol Tribute Band. Past shows include: The City National Grove of Anaheim, Coach House Concert Hall, House of Blues, Canyon Club, Casino Arizona, Fantasy Springs Hotel & Casino RockYard, The Cave in Big Bear, The Whisky-A-Go-Go and more.

ZZ Tush gives audiences the whole package, bringing a show that’s a full-on tribute to that band from Texas. Everybody has fun enjoying the top hits from the past and some of the newer music they’re still creating. ZZ Tush has the moves, the music, the beards, the shades, and of course, the furry guitars.
Tickets are $10 each at sandsregency.com. My Party Club card members receive half-price 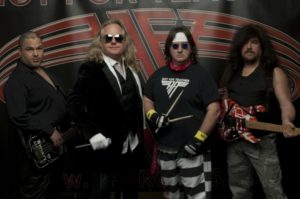 tickets at $5 each. See Guest Services for details.

The Sands Regency is an 833-room hotel and casino with 29,000 square feet of gaming space offering table games, a sports book, poker room, keno, bingo and slot machines. In addition to the amenities and onsite brand name restaurants, the property also includes a 12,000 square foot convention and meeting center which seats close to 1,000 people. For more information, visit www.sandsregency.com.