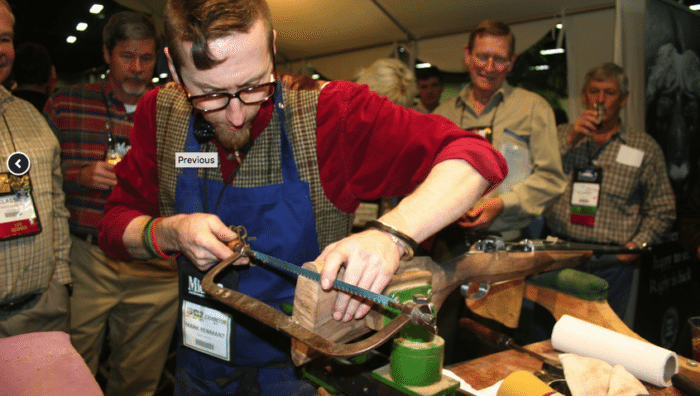 The Reno-Sparks Convention and Visitors Authority (RSCVA), along with the Reno-Tahoe Airport Authority (RTAA), recently announced the return of the Safari Club International (SCI) Annual Hunters’ Convention. The group will hold its convention here for at least three consecutive years.

“It is my privilege to announce that Safari Club International is coming back home to Reno Tahoe,” said RSCVA Board Chair Bob Lucey. “It was always our hope that SCI would someday return, and through the work of the RSCVA and our partners, and with the generous support of SCI leadership, that day is coming soon.”

Safari Club International will bring its convention back to Reno beginning in 2019. The RSCVA estimates the annual economic impact will be more than $21 million.. Reno has been home to 20 previous gatherings of the organization, including 10 of the 11 years from 2003 to 2013. The convention brings 20,000 attendees from 103 countries, leaving a huge imprint on the region’s major hotels and hospitality professionals.

“In addition to the executive staff from the RSCVA and the Reno-Tahoe Airport Authority, every chief executive and every sales executive in the resort community had a hand in SCI’s return, and has soundly demonstrated their unified commitment to Safari Club International and to this great city. We could not have done this without your collective support and effort,” said DeLone.

Part of that collective, community effort includes the RTAA’s commitment to broaden the airport’s cache of daily flights. RSCVA executives believe the regional growth of business and corporate travel are also contributing factors in SCI’s return.

“The region is growing, and our business development leaders, including EDAWN, are working to bring in more than 50,000 new jobs via the industries they’re attracting,” said RSCVA Interim Managing Director Jennifer Cunningham. “More business brings more people, which means more travel, enhancing the airport’s ability to acquire new air service. This is a far-reaching effort, and a great illustration of what regional momentum can do for the entire destination.”