The Reno City Council’s commitment to inclusiveness took the form of a meeting inside a 7th floor board room in City Hall on Friday, July 22, where leaders of the Parks, Recreation and Community Services department met with members of the local skateboarding community and a representative of ARC (American Ramp Company) to discuss designs and plans for the future Miguel Ribera skate park.

Though the city and ARC held a previous community meeting regarding the park in May, Parks, Recreation and Community Services Director Andy Bass said both groups “recognized there wasn’t a large enough skateboarding presence” at the previous gathering.  The latest conference, Bass said, was specifically to get local input and ideas from skateboarders in Reno. 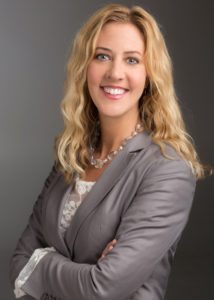 Assistant City Manager Kate Thomas wants to ensure that everyone’s voice is heard in the design process of the park.
Image Credit: City of Reno

Assistant City Manager Kate Thomas asserted that the city wants to avoid the types of miscommunications and failures that happened while building previous parks in the city, specifically the Mira Loma and Panther Valley skate parks.

“Inclusiveness is a big thing,” Thomas remarked. “It’s the main goal…We want to be responsive [to the community] and do it right because we have a chance to do something really meaningful.”

Josh Willis, the representative for ARC, agreed with Thomas.

Despite previously taking criticism from some skateboarders in Reno for their use of prefabricated materials in their parks, Willis assured that ARC would not quit until their designs matched up with the community’s visions as much as possible, saying that “[ARC is] here to design what you guys want…our job’s not done until you guys are 100% happy.”

Tristan Rodela and Spencer Benavides, two local skateboarders who attended the meeting, not only stressed the importance of building a park with enough variety that skaters of all skill levels can use, but the importance of building a park with longevity and safe materials.  Rodela cautioned against focusing solely on the design of the park, using the Burgess skate park in Sparks as an example.

“Everybody loves the design [of Burgess], but the problem is the build [so people don’t like skating it],” he warned.

“It’s 2016 and the City of Reno has yet to see a park with a good design and a good build,” Benavides said, continuing that “whatever the selling points on pre-fabricated skate parks are…they all break down and they do not get fixed.”

One of the initial designs presented by ARC which the city has since moved on from.

The city recognizes these problems and is actively working to obtain enough funding to build a park that’s up to par for the Reno skating community.  Although they already have $350,000 from the government surplus and the park tax, the Parks, Recreation, and Community Services department plans to apply for a federal grant in the fall so that the park can be built with top-notch, long-lasting materials.  However, the city must have a completed design to use in the grant application process.

If the funds for the park are sufficient, the city hopes for next spring as the absolute earliest time to begin construction.  Luckily for skaters, once construction begins the community won’t have to wait long to begin enjoying the park at Miguel Ribera as the process for smaller skate parks can be as quick as 3-4 months.

Luke Keck is originally from the Bay Area in California and has been living in Reno for over three years.  He is currently a senior at the University of Nevada and will be graduating with bachelor’s degrees in both journalism and English writing.  When not working or in school, he can be found watching Netflix, keeping up with the news, or reading