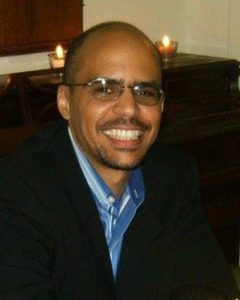 Two years ago outside of the illustrious Stonewall Inn, in New York City, the U.S. National Park Service announced it would begin a theme study dedicated to acknowledging and researching historically significant LGBTQ sites across the nation and helping some new sites receive designation as National Historic Landmarks as well.

In the Park Service’s 100th year, the LGBTQ Heritage Initiative is on its way to becoming a well-known source of information preserving the legacies of numerous locations around the country along with stories that have shaped the current path for LGBTQ citizens living here.

John Jeffery Auer IV is an award-winning American history and humanities instructor. He’s lectured at several LGBTQ organizations around the nation and institutions including The Center for Lesbian and Gay Studies at the City University in New York.

Auer has written many papers and articles focused on highlighting the LGBTQ community — many involving the people of Reno. The Journal of Homosexuality recently published his article, “Queerest Little City in the World: LGBT Reno during the 1960’s,” a dissection of LGBT culture during that time.

In a recent article, which can be found at: https://www.nps.gov/subjects/tellingallamericansstories/lgbtqthemeauthors.htm, the National Park Service spotlighted those scholars who’ve helped bring the Initiative to fruition. One such author is the committed individual responsible for putting Reno on the map as a wealth of LGBTQ history and progress.

Along with his husband Nicholas, Auer also co-founded the Nevada LGBT Archives this past January, which is currently collecting LGBTQ ephemera from around the state. He is the organization’s Executive Director and resident scholar hard at work on his Ph.D. dissertation at the University of Nevada, Reno.

The Executive Director and other members of the Nevada LGBT Archives will be available for questions and discussion this weekend at the showing of our exhibit, “Reno National Gay Rodeo — A Queer Celebration of Western Tradition.”

You may join them and others for the showing at Sassabration at Sassafras Eclectic Food Joint in Carson City, NV this Saturday, July 16th from 11 a.m. to 5 p.m.