By now, readers understand building Washoe schools is complex. We know that money allocated by the governor can’t fund it. We know that how we get money to build is highly regulated by state law. We can’t legalize marijuana or tax builders. We also know that how money is spent will be governed by a committee outside of district staff. We hopefully understand the laws that establish that oversight. If you missed the previous articles in Critical Mass, stop and read them here! 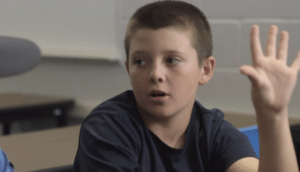 How we get money and how we are allowed to spend it is like peeling the layers of an artichoke. Each leaf is another prickly law that limits our use of alternate funding. Political oversight that exists in our school spending runs deep into not only schools but every aspect of how Washoe County is governed. In most cases, citizens of Washoe weren’t even involved in their crafting. Our local voices have been muted without so much as a district legislative representative until recently. People from across the state chime in on social media about how WE spend and make our money. Washoe County outsiders have had enough input.

Parents, teachers and business owners who have seen the financial and societal consequences of overcrowded schools are standing up. One voice may be hard to hear but a chorus of many is hard to ignore. Their mission is to get the much needed tax increase proposed in WC1 passed this November by educating the public on the nuances of our funding. They are not members or employees of the school district. Their only focus is what is best for our community.

Richard Jay has been in Reno since 1967. Like so many long time residents, Richard became involved in the issue of education as a parent then volunteer. He helped with the passage of the 1998 bond issue when his son was only four years old. Since then he has volunteered with FBLA, been a coach…like most parents he’s worn all of the volunteer hats. When Abbi Whitaker asked Richard to help out with WC1 he did what he always did, he raised his hand and jumped right in.

Chip Bowlby with Sierra Summit gave SOS Washoe their first major donation of $100,000. Since then the efforts of SOS Washoe have gotten funding and support from The Chamber, Builders Association of Northern Nevada, Meadows Bank, Washoe Education Association, EDAWN, and other community organizations, members and growing businesses whose focus is making the Truckee Meadows a great place to work, live and raise a family.

SOS Washoe is not a non-profit. They are a political action committee or rather a voice of the people of Washoe County whose sole purpose is to educate the community on WC1 and all of it’s aspects. They are always looking for more voices. Visit www.soswashoe.com to get involved.