Home > News > Critical Mass: What About Those Administrator Salaries?
News

Critical Mass: What About Those Administrator Salaries? 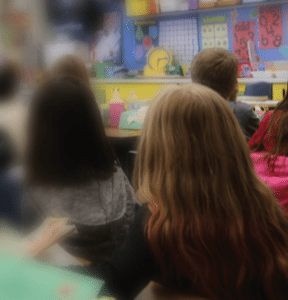 Funding every aspect of Washoe County School district can be a tricky matter. In fact, all budgets from school districts, counties, cities, states and up to federal are complex. Most times when we look at these budgets we see line after line item of funding and expenses. Frequently we see dollar amounts that would pay off our houses, our cars and send every one of our kids and their friends to college — twice.

So when we hear that our district superintendent is getting paid over $256k a year it’s almost unimaginable to consider.

Whether or not that is too much isn’t really the issue when it comes to the proposed sales tax increase on this November’s ballot. As explained in the previous Critical Mass articles, funding for capital projects i.e. building and maintaining schools – has just one source under the law. But what about all that “other” money? What does it all mean?

That amounts to no less than 18 Nevada laws that apply to how the district gets the money for each fund and how and where the district spends it. General Services is your salaries, power bills down to toilet paper and covers the largest number of operating expenses. It’s the most movable account in the budget but by law cannot be spent on some things like buildings.

Special Revenue manages grant money and the money that Governor Sandoval recently allocated to the schools. Then there is Nutrition Services, Debt Service, and even a self contained insurance company. Those are all more closely allocated and funded.

At the focus of WC1 is the Capital Projects fund. Unlike Nutrition Services, no federal money flows there and unlike General Services, Capital Projects only has one funding source under the law. An email written by someone in opposition to WC1 was sent to me earlier today. It was clear from the author of the rebuttal statement that they too didn’t understand the complexity of the laws that surround this particular funding issue. It’s understandable when you consider how many laws there are.

They wanted to change the law regarding developer fees. They want to change the push for growth. It took the district nearly eight years just to get our legislature to allow us to put a new funding source on our ballot to vote for. Changing statewide laws and attitudes to accommodate one county and our struggles is an uphill battle at best..

The number of laws that apply to each and every fund are numerous and far too many to list in this short article. Changing laws is not a guarantee nor a quick fix. It’s a long drawn out bet on a long shot. The bottom line of it all is what the superintendent salary is does not matter. If every employee worked for free, we couldn’t use that money saved to even repair a single broken air conditioner…at least not without breaking a law.