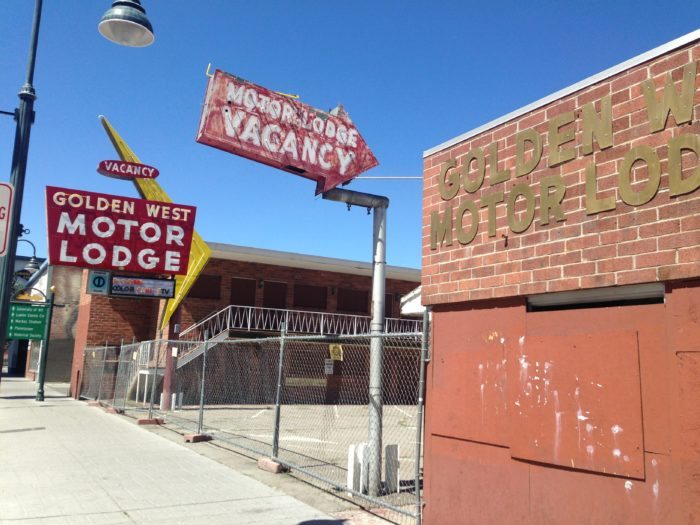 City staff are recommending that the motels be leveled with a contract to Q&D Construction for $216,000. The City Council meeting is a follow-up from its last meeting, at which a decision on the properties was delayed.

The property owners are in support of the demolition, according to city documents.

“We, the managers, were approached by the City of Reno to have the City front the cost to have certain buildings demolished, with the caveat that all monies advanced by the City would be totally repaid upon the sale of the land,” wrote James Pfrommer, co-manager, North Center Street Group. “We canvassed the members/owners in the LLC, who strongly believed this would be good for the city to rid the site of vacant, unsightly buildings on Virginia Street. And, if it helped developers to see progress being made downtown, so much the better.

“There is ample value from a future sale to reimburse the City,” he added.

According to a Facebook event post by ACTIONN, “A private developer has made a fair offer to purchase these motels, as well as the block surrounding it in order to develop the land and to build affordable housing in the Downtown area.

“The current owners are refusing to sell because the demolition will raise the value of the land, and they can expect more from other developers in the future who will not be dedicated to equitable development and affordable housing.”

Those in favor of preserving the properties have alleged that their voices are not being included in the official city record, as the agenda packet for this meeting shows only written comments in favor of the demolition.

City Clerk Ashley Turney said that all written comments sent to her become part of the official record.

“If written comments are submitted to [email protected], I can ensure they are distributed to Council and become part of the official record,” she said. “If constituents do not copy my office when they send their comments, letters, and concerns, I may not receive them. Any constituent email or letter directly aligned with a scheduled agenda item is included.

“If comments are sent directly to Council or are not identified with an upcoming scheduled agenda item, I can’t guarantee they are part of the official record,” she added. “The last challenge pertains to timing; if constituent comments are received after the packet has been released to Council, the comments will be given to Council via email or hard copy and will not be uploaded until after the meeting has ended, pursuant to open meeting law.”